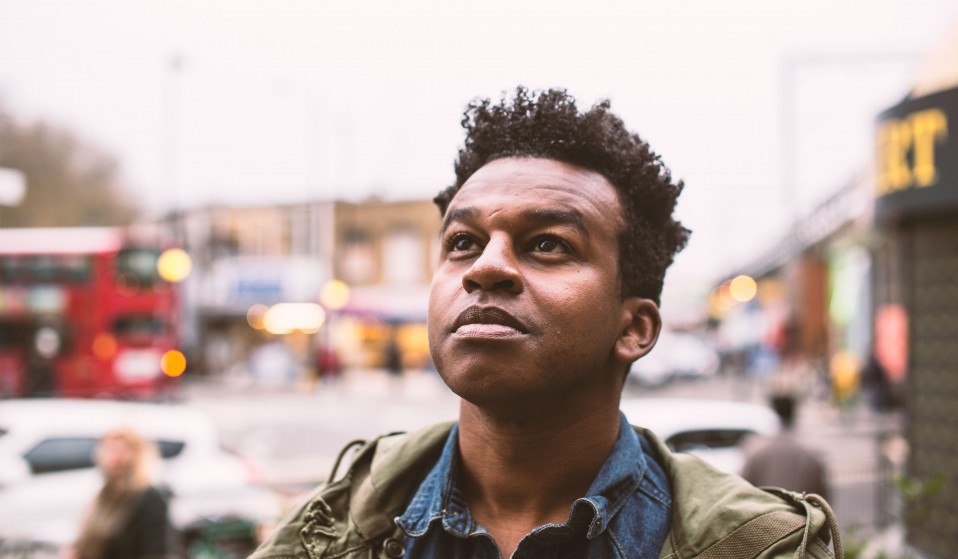 Ahmed Gallab makes music as Sinkane that transcends boundaries and borders. And it’s guiding him towards a new sense of home.

Ahmed Gallab makes music as Sinkane that transcends boundaries and borders. And it’s guiding him towards a new sense of home.

Before Ahmed Gallab hit thirteen, he wanted to be just like every other kid at school. He listened to punk and hung out with his friends and let the things his parents said wash over him. If he didn’t think too hard and just trundled along, he felt like every other kid in Provo, Utah. Apart from that time when he was the only one who wasn’t allowed inside his friend’s home.

“His parents said only Mormons were allowed in the house,” says Ahmed. “My folks were really upset but I was scared to make it an issue. In Utah, it’s such a homogenised community, it was easy for me to just go with the flow, because every one was doing the same thing. I was such a young kid that all I wanted to do was be the same as everyone else. I didn’t understand my own cultural identity, I didn’t think it was worthwhile.”

But Ahmed was never going to be like the other kids. Kids in seventh grade do not read Chinua Achebe. They don’t engage in long debates to rationalise the choice they made when they failed to hand in that overdue paper. But that’s the norm when your parents are college professors with a background in politics, and a fervent interest in anthropological philosophy. “I knew about Marshall McLuhan when I was in seventh grade,” laughs Ahmed. (McLuhan, for late-starters like you and me, is a Canadian philosopher who basically coined the word “media” when he proclaimed “the medium is the message” in the mid-’60s, foreshadowing the way technologies like the internet would revolutionise society.) 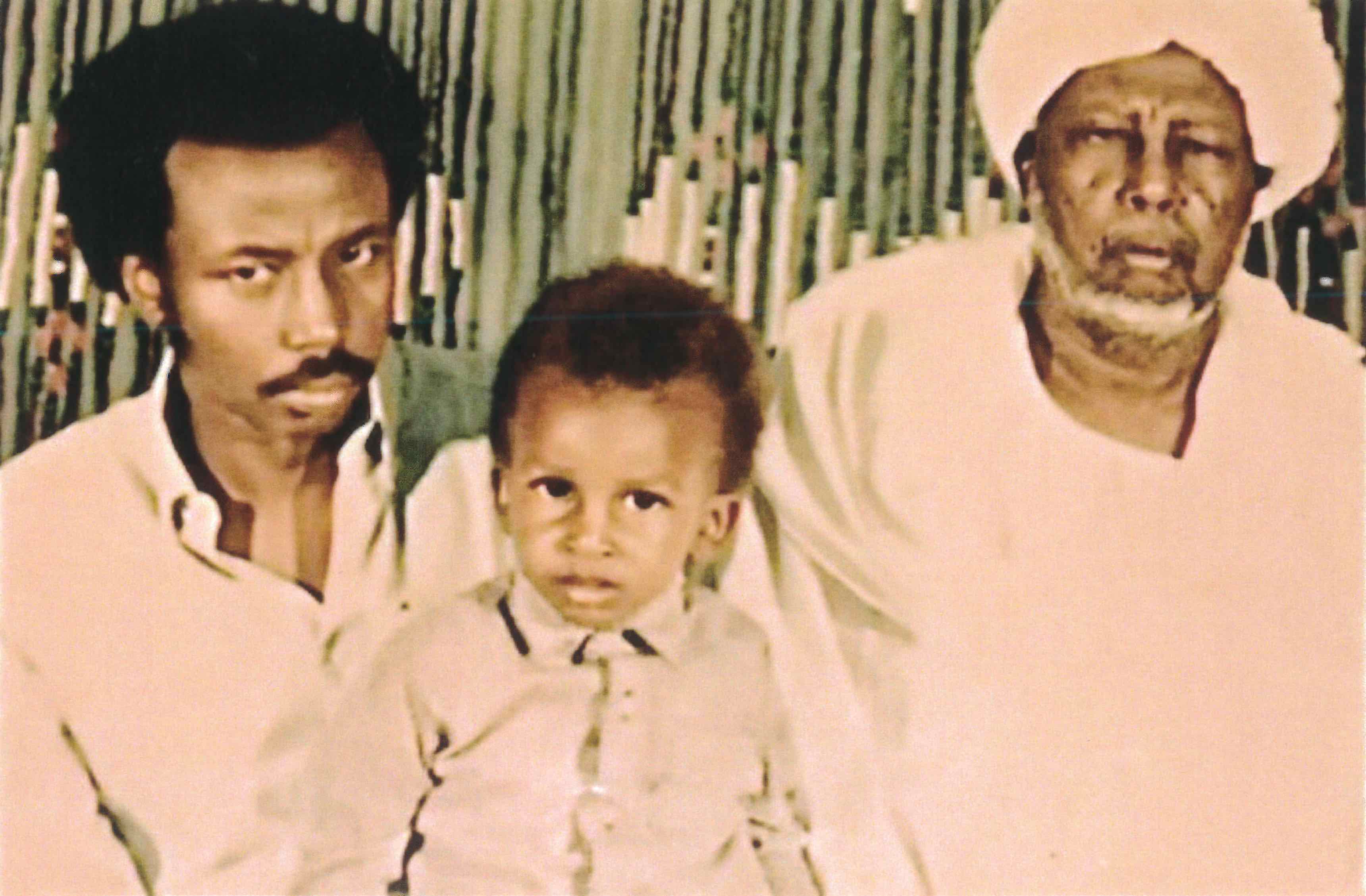 A young Ahmed with his family.

“Professor parents expect you to be smart, when really all you wanna do is play kickball,” says Ahmed. “Instead of punishing me they would have these long-winded intellectual conversations about what exactly it meant that I lied to them and how that was going to affect me in the future. It creates this intense cerebral understanding of the world at a very young age.”

Utah was not the Gallab family’s first home and it definitely wasn’t their last. Ahmed was born in London, where his father Abdullahi, a former journalist and politician, worked for the Sudanese embassy. His parents had moved from Sudan during a particularly turbulent period of civil war, but they returned as a family so that his father could support the democratic party he was affiliated with. By the time Ahmed was five, they were back on another plane, headed this time to the United States.

“I thought we’d go for one year then go back,” says Ahmed, “but the government was overthrown while we were there.”

In 1989, while enrolled in a fellowship programme at Boston University, Ahmed’s father found himself exiled from Sudan following an Islamist-led military coup. “I remember picking up the phone and hearing my dad’s friend speaking urgently. After that we started moving, one place to the next to the next.”

The Gallabs hopped around every four years, from Massachusetts to Utah to Ohio. For a family that had always moved in academic circles at the forefront of nation-building, they found themselves faced with the culture shock of having to build a new life. “I remember having Burger King for the first time – as a six-year-old that was monumental,” says Ahmed. “A lot of the things my parents did in Sudan, they did in London, but when we went to the US we had to re-appropriate our lives completely to the culture because it was so different. It’s weird to think about your family having to start over from the ground up.”

Of all the stops the Gallabs made, one was pivotal. Between thirteen and eighteen – those sponge-like years – Ahmed laid down roots in the “open-minded college town” of Kent, Ohio, which became the foundation stone of his adult life. High-school was a progressive incubator of liberal thought – a multilayered world of different cultures and identities and light-years from the uniformity of a Mormon state. “I remember being shocked by how many black people were in my school,” he says. “It wasn’t like, ‘The black kids hang out here and the weird crusty punk kids hang out over here.’ It was a hodge-podge of different people and a great place to live. People were very blunt about who they were and what they thought about you, and if you allowed yourself to use all of that criticism, you became a better person.”

The story of Ahmed’s childhood culminates in sound – an uplifting wave of ambient beats that channels all the complexity of his East Africa/Utah/Ohio multi-textured origins. Following stints as a session musician with Yeasayer and Caribou, Ahmed is now making his own statement as Sinkane, a four-piece that’s ostensibly a solo project – and a vision that’s as dynamic as his nomadic start.

“Most people want things handed to them on a silver platter so that it’s easy to digest,” says Ahmed, about to walk out on stage to a London crowd. “But what I’m doing is a projection of who I am as a person, and that isn’t easy to define. Being Sudanese is part of who I am, but I’ve had a lot of different experiences. My friends would go home and sleep in the same bed they’d grown up in their entire lives, and I’d go to this place I didn’t really know, where my parents live now [in Arizona]. Not having any connection to where I was prompted a lot of questions. Who am I? Where am I from? What is it about America and Sudan that is important to me? But I found solace being around people who had a similar upbringing. It allowed me to understand my home really wasn’t going to be anywhere. I could search all I want, but I was never going to find it – it was going to find me, eventually. Once you have a universal concept of home, you don’t really need to worry about it.”

Mean Love is out now on City Slang.

Linkedin
RELATED ARTICLES
OTHER ARTICLES
Meg Handler’s photos capture diverse groups of New Yorkers coming together for the collective cause of civil rights.
The photographer describes taking inspiration from Magnum photographers to craft an intimate and revealing portrait of the city.
This afternoon, workers of the hospitality chain came together to call for better pay and working conditions.
Max Miechowski reflects on documenting land that is being lost to the sea – and the people who live life on the edge.
As the cost of living crisis bites, letting go of treats to keep us going is proving difficult – but we should’t just blame ourselves for our financial worries.
The demonstration took place this week over plans to slash £50m from arts bodies in London.