Art & Culture / Music / The life-changing power of being a fangirl 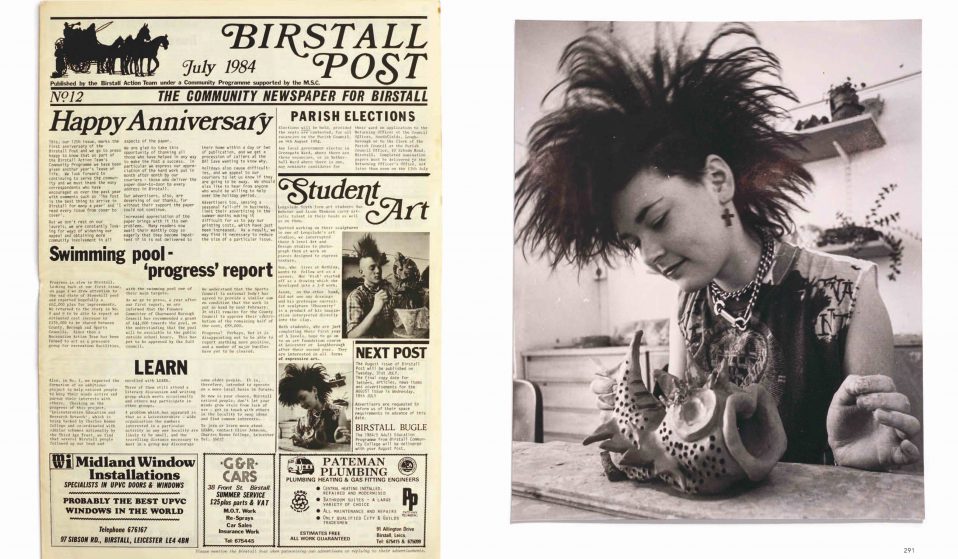 In a new book, YBA artist Sue Webster celebrates her teenage obsession with Siouxsie And The Banshees: ‘It taught me to be fearless.’

In a new book, YBA artist Sue Webster celebrates her teenage obsession with Siouxsie And The Banshees: ‘It taught me to be fearless.’

After 25 years together, British artists Tim Noble and Sue Webster split up. It wasn’t just the end of a marriage, but the end of an era – and Webster was charged with the task of rediscovering herself.

“I wanted to go back to that moment before I met him,” Webster says. “What kind of a person was I? I was really happy when I was a teenager. I was completely carefree and didn’t know what was going to happen in the future.”

After moving out of their home and studio, Webster decided to open three boxes she had been toting around since leaving her childhood home of Leicester, England, in the mid-’80s. That’s when she struck gold.

One box was filled with ephemera from Webster’s teen years; a treasure trove of records, concert ticket stubs, t-shirts, magazines, photographs, early artworks, and personal letters that shaped her aesthetics, philosophy, and sense of self. 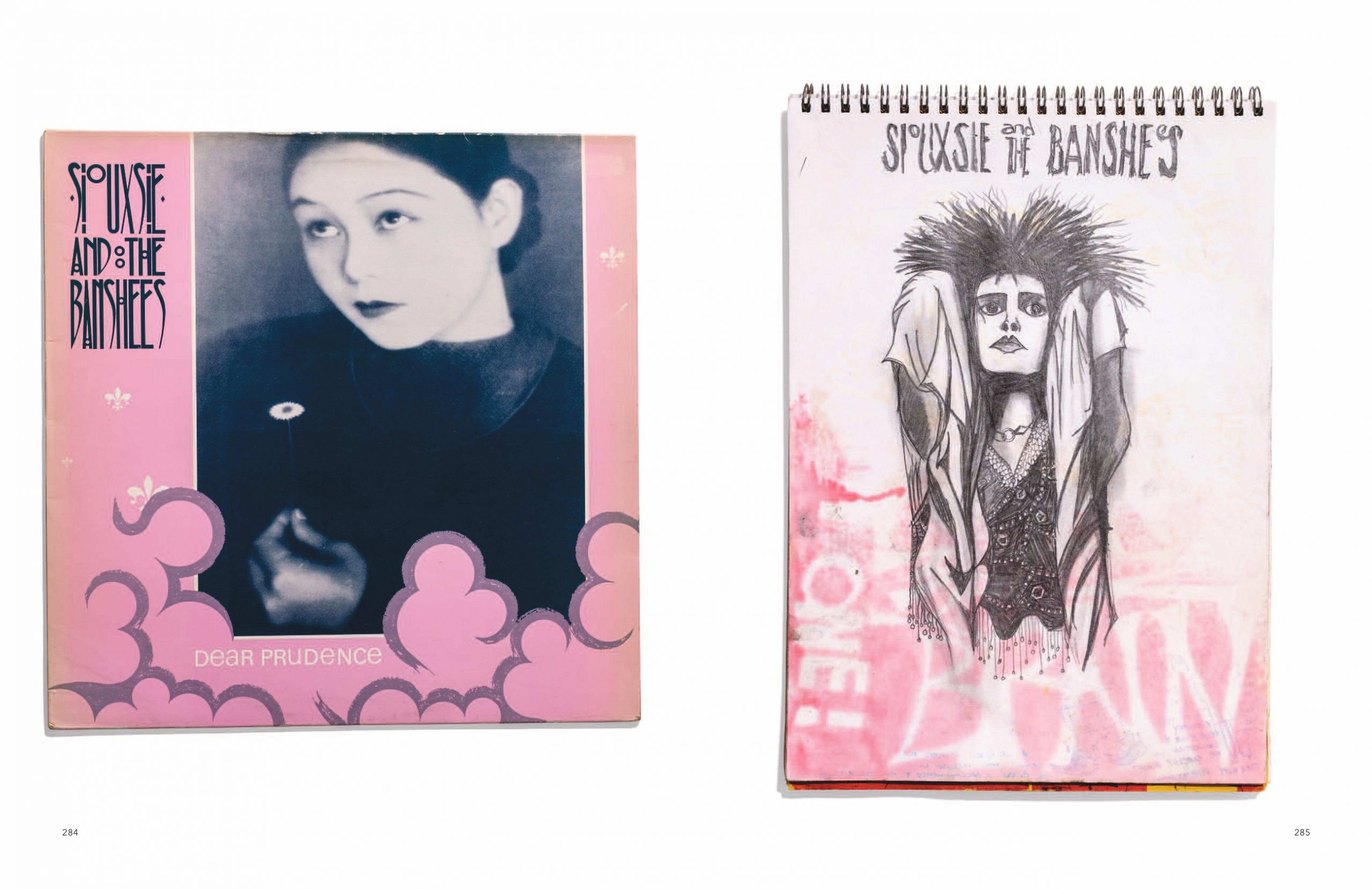 “I wanted to investigate what made me into that person that went on and had that artistic career,” she says. “What were the key elements that made me take risks, think differently, take the opposite road of all my peers?”

“My theory is that I learned everything in life by listening to the first four albums of Siouxsie and the Banshees. I wanted to get out of my village and was searching for something to take me to a whole other world. I met people from different walks of life and got my passion to travel. We would meet up at a gig and go up and down the country. I became fearless.”

Determined to reconnect with the girl once was, Webster pinned some 250 objects from the box to the wall of her London studio. She traced her path with pieces of string, discovering the links between objects that guided her way. She titled this installation, “The Crime Scene”.

After it was completed, Webster decided to catalogue it in the new book, I Was a Teenage Banshee (Rizzoli). She describes the publication – which is an ode to fangirls, nostalgia and Siouxsie Sioux – as “a Pandora’s Box”. 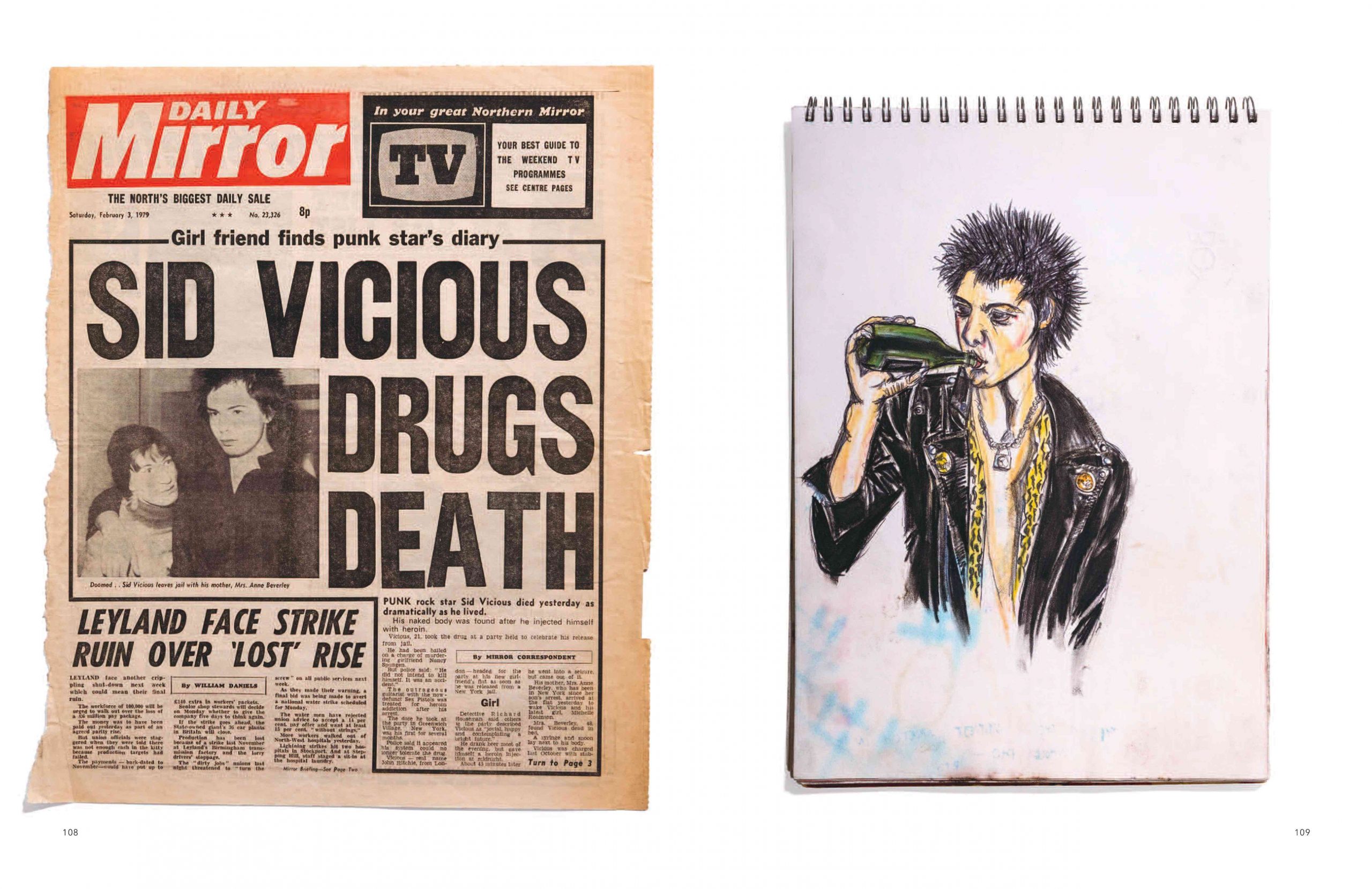 Additionally, nestled deep within remnants of Siouxsie, David Bowie and Iggy Pop paraphernalia is a personal story Webster penned last year. Titled A Touch of Insanity, it details her time at Towers Hospital as an adolescent mental health inpatient.

“When I was writing the words, I needed to put that down but I could have buried it. I showed it to one person who said, ‘You need to expose this; it helps people understand why you are like you are, why you keep pushing yourself.’ It was quite a frightening thing to do, to reveal something about yourself.”

“In the partnership [with Tim] I felt that we hid behind each other. This is almost like the true work. The thing I had to hide has been totally revealed and that leaves you totally naked again. It was a moment of letting go of the past. Once you’ve done it, you move on.” 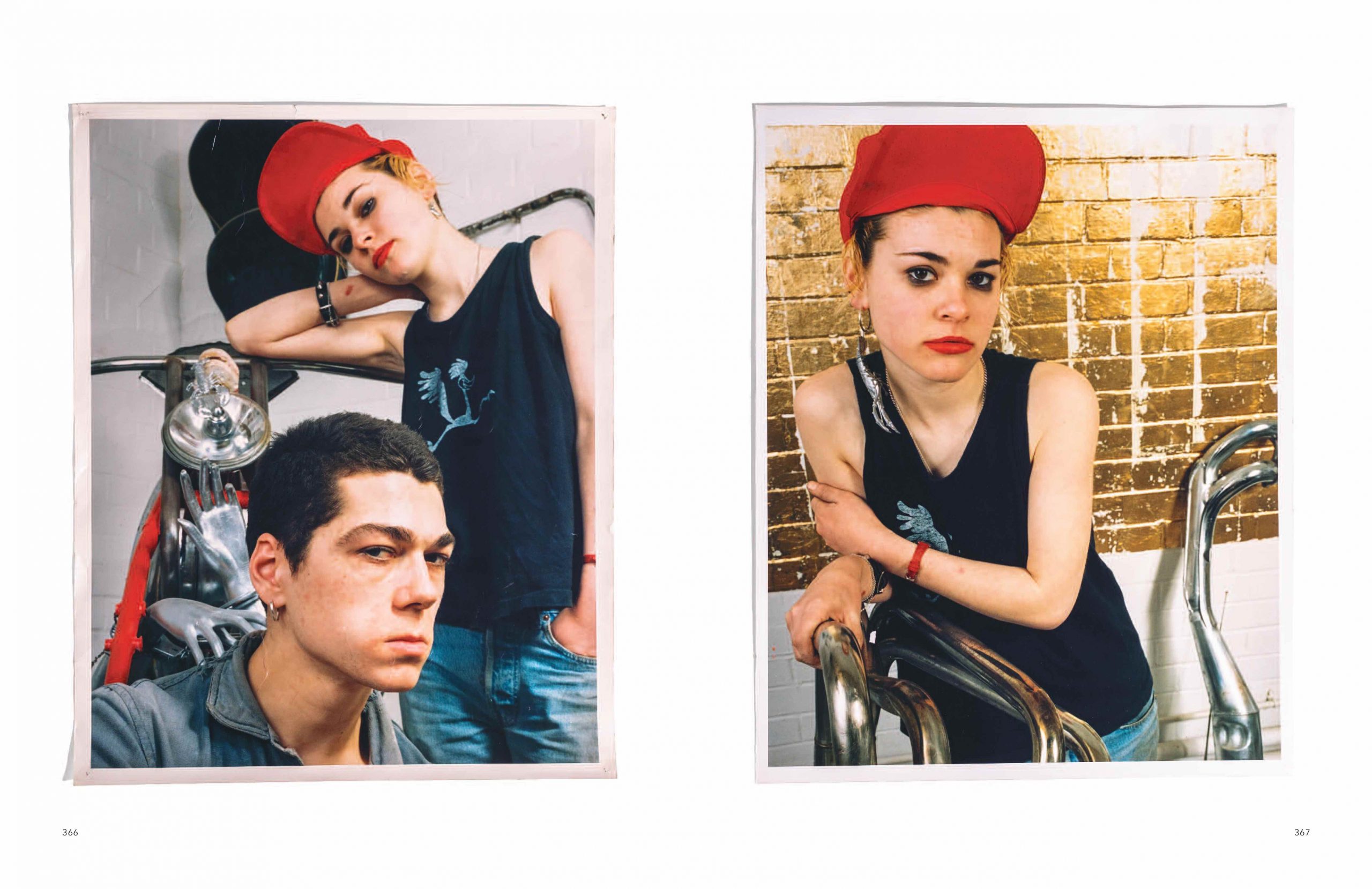 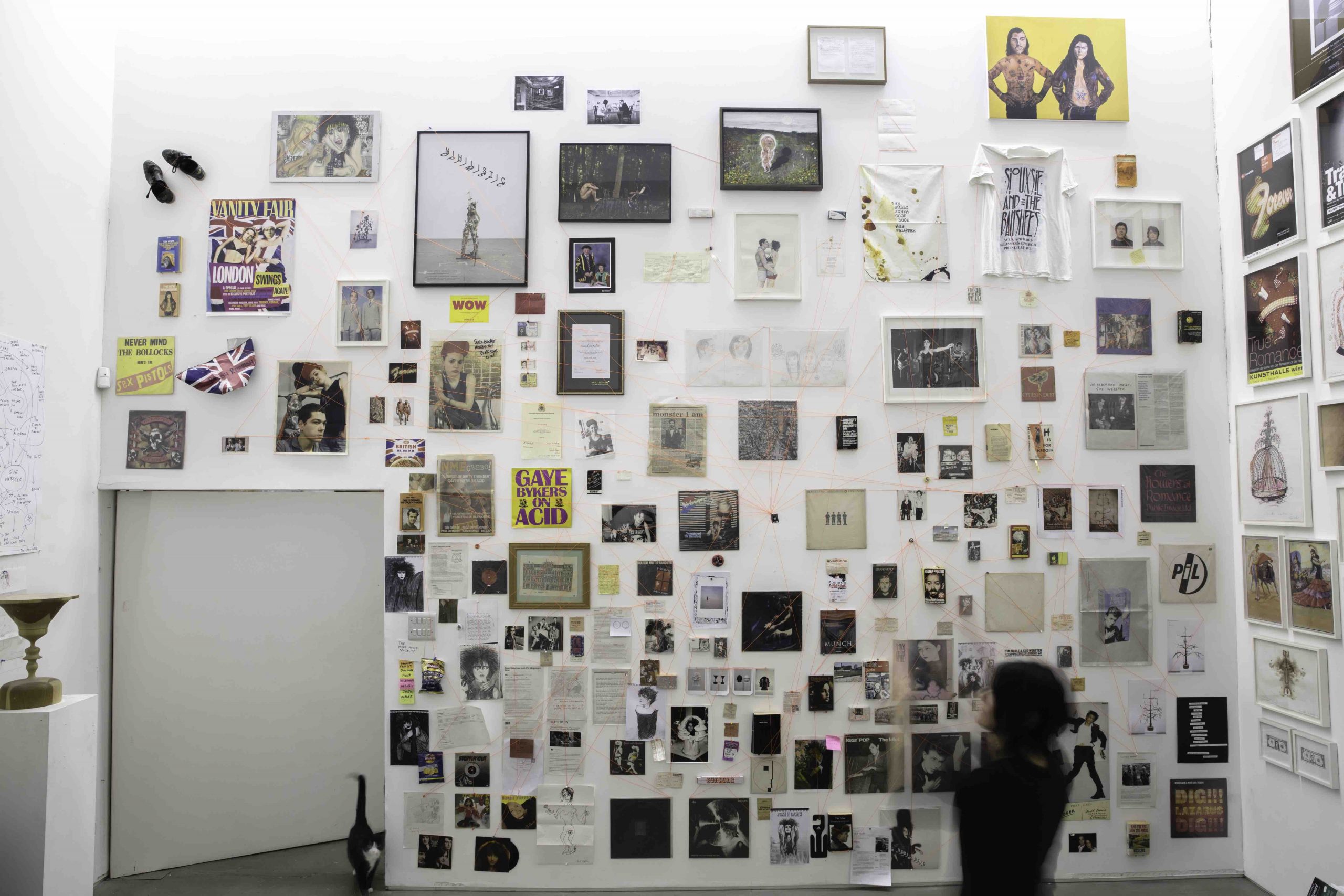 Early development of The Crime Scene on the studio wall, 2017 – 18. Photography Robert Fairer 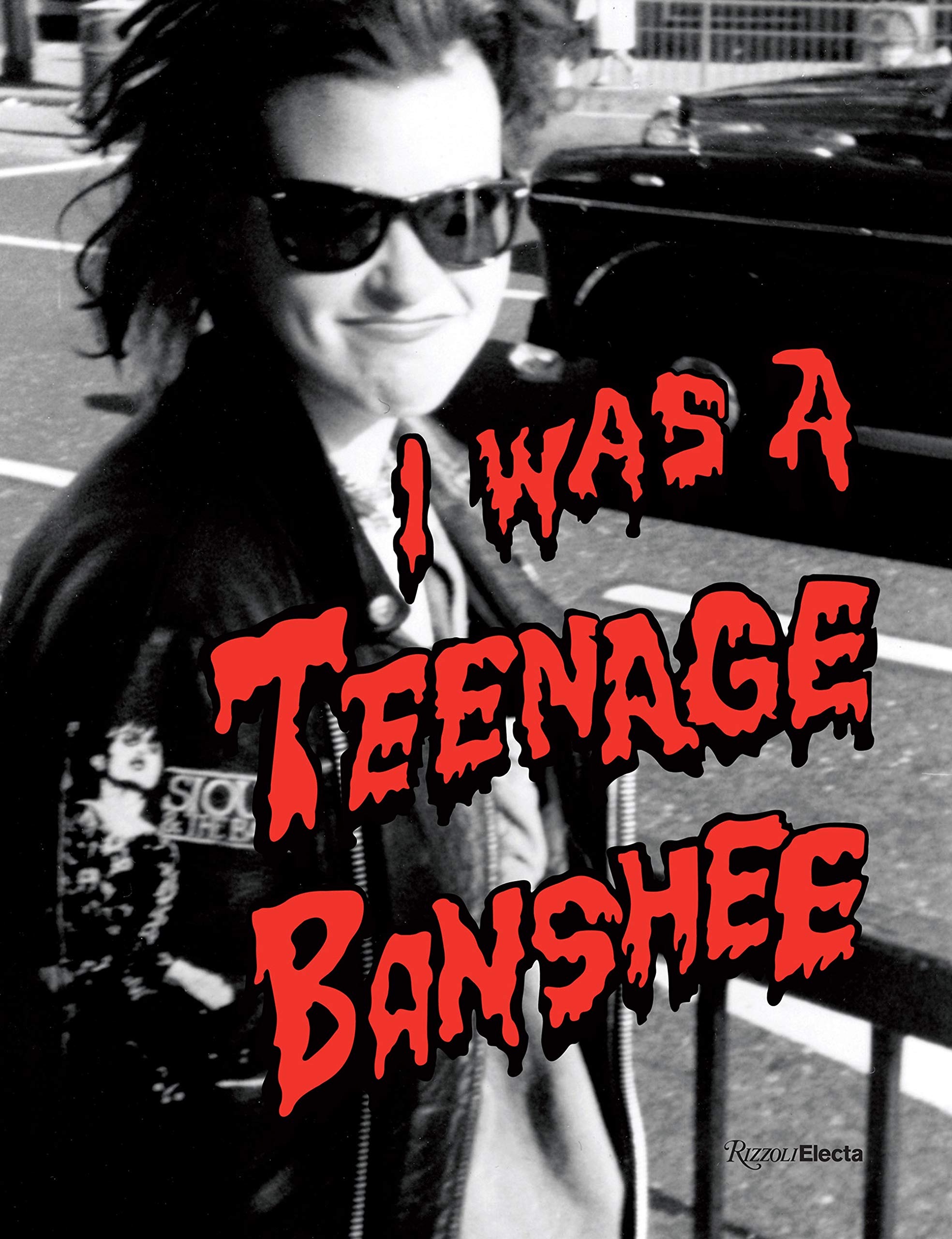 I Was a Teenage Banshee is out now on Rizzoli.

Linkedin
RELATED ARTICLES
OTHER ARTICLES
A new book traces the legislation’s tumultuous history and the lasting impact its had on LGBTQ+ activism today.
From the queues outside to the last ones standing, Francesco Mellina’s new photo book follows a night that has gone down in the Northern-Soul history books.
Photographer Yan Morvan revisits a radical moment in history, which saw the emergence of a fiercely-rebellious spirit among the UK‘s youth.
The photographer reflects on building trust with his subjects and using the street as his studio.
The internet furore surrounding a certain NY-based furniture designer should make us question whether condemning people in the harshest possible terms harms more than it helps.
In the UK, Hongkongers are continuing to stand in solidarity with the pro-democracy movement.