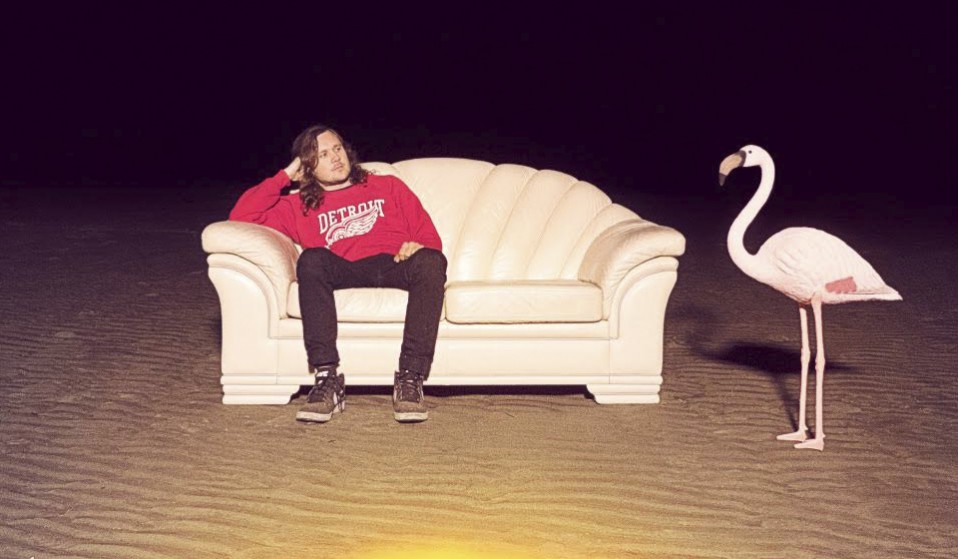 Joel Wästberg never took himself seriously as a musician, refusing to share his work. But as Sir Was, he's dropping a gem that's been 10 years in the making.

Sir Was never took himself seriously as a musician, refusing to share his work. But just as opportunity threatened to pass him by, he's dropping a gem of a record that's been 10 years in the making.

Joel Wästberg has been interviewing himself in the shower for years, preparing for this moment.

The 35-year-old is about to release what’s likely to be one of the best debut albums of 2017 …but it almost never came out.

As a gifted multi-instrumentalist obsessed with music, Joel has spent the last decade stuck in a contradiction: dreaming of a being an artist but not taking himself seriously enough to share his work.

“I was scared of judgement,” he says. “I only existed in the eyes of others, basically. Always doubting myself. ‘This is just bullshit.’

“At the same time part of me felt, ‘This is something.’ I worked on it constantly, doing different sketches and riffs. To this day my hard drive is filled with ideas from years back. But I thought, ‘Who the fuck am I? You’re going to put out a song that you made?’ That inner critic was always there, stopping me.”

Joel grew up in Frillesås, a small village on the west coast of Sweden – a place that consists of “just a food store and a gas station, which is now closed because it was robbed,” he says. 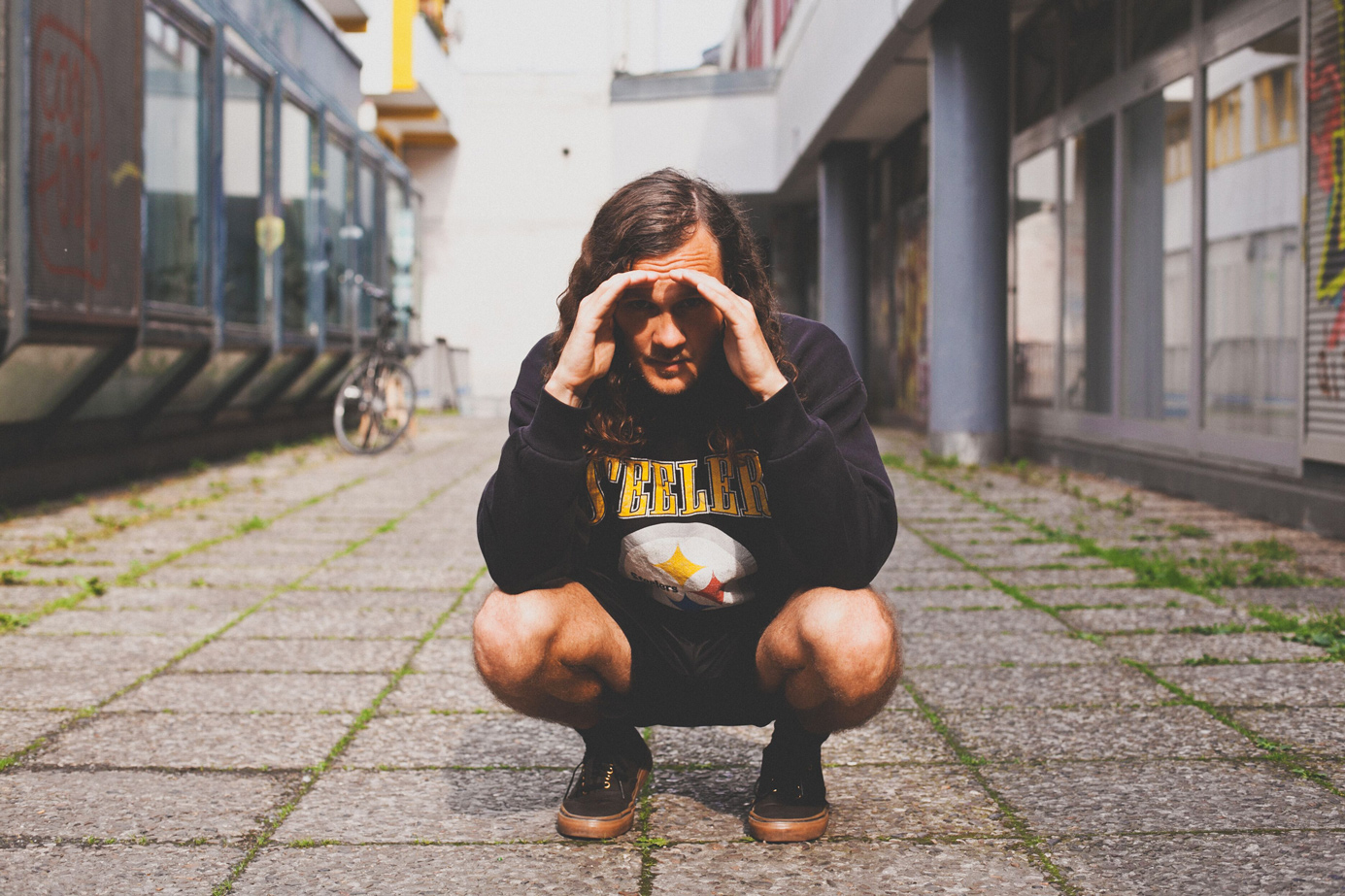 Once a year, music teachers would visit his school and jam together in front of the students before allowing them to try out instruments. As a 10-year-old, Joel walked up to the man who would become his first saxophone teacher and asked if he could have a go.

“I instantly got some sound out of it and he was like, ‘Wow! Yeah, man! You should play the saxophone.’ So I felt like, ‘Hey, maybe I’m cut out for this.’”

He was. Joel spent the next 15 years committing himself to music: borrowing his uncle’s jazz records, learning Charlie Parker solos by ear and training himself on any instrument that passed through the house (he has three younger brothers who also became musicians).

Joel went on to study jazz saxophone at university in Folkhögskola, southern Sweden. But at 25, just as he was finishing up, he took part in an exchange program at the University of Kwasulu-Natal in Durban, South Africa, that would jump-start a new phase in his life.

“I had been dreaming of other places, always looking at maps when I was younger like, ‘Wow, I wonder how it is over there.’ So when I got the chance to go to Africa and travel around, I was blown away on so many levels. I met a lot of great musicians and got introduced to all sorts of music I’d never heard before.”

For 10 years, Joel hadn’t seen himself being anything but a saxophone player. It felt like part of his identity. Now he had a sense of just how many possibilities lay out there, not just musically but personally.

He became a full-time touring musician for the likes of José González, travelling the world and treating it as one long exercise in discovery – relishing those moments when you drive into a new city and take it all in for the first time.

Along the way, other musicians would ask, ‘Don’t you do your own thing too?’ But Joel would just demur and change the subject.

Occasionally he’d play recordings to friends while drunk. They’d erupt with enthusiasm, insisting that he should put it out into the world. But again, he’d make excuses. 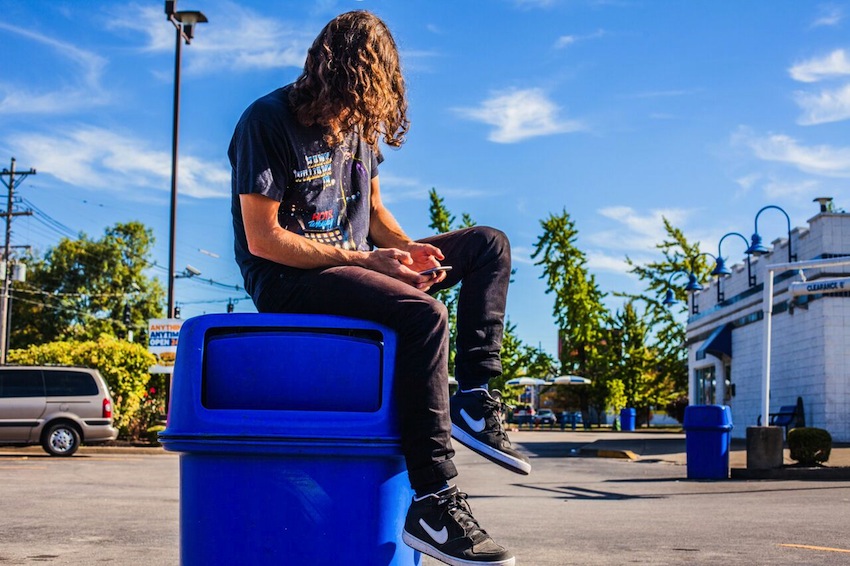 “For years, I never finished anything. That was a good way around it. ‘Yeah, I just have to do a couple more things.’ But eventually I was like, ‘Fuck it! It’s too frustrating to keep this to myself. I’m going to stop making my own music and just play with others instead. That’ll be my thing: a sideman. It’s a pretty good life.’

“I’m not sure if that lasted a couple of days or weeks but I quickly realised, ‘I don’t have time for this anymore. I’m over 30. I need to fuckin’ put something out at least, even if it’s just for myself. The only failure here is not giving it a shot.’”

Joel grew brave enough to send some songs to labels. City Slang responded immediately, saying, ‘This is great! Send us more.’ He obliged with an incredulous reply (“What the… Are you serious?”) and headed off to boxing practice, never expecting to hear from them again.

Once more, the response was immediate. Within days there was talk of album artwork, music videos and tours. The dream was finally materialising.

“Now suddenly I have a record label and you’re calling to interview me,” he says with a laugh. “It’s insane. That wasn’t even the goal. I still have to pinch my arm.”

The result of this 10-year-journey is Digging a Tunnel, an album that fuses elements of hip-hop, electronica, indie rock and soul without really sounding like any of those things.

Although the songs draw from disparate periods of Joel’s life, they manage to hang together as a cohesive whole, brimming with lyrics that dance between uncertainty and optimism. Even the little snippets of harmonica, church bells and bagpipes (the only things the musician didn’t perform) slot perfectly into place.

Joel is still interviewing himself in the shower, but now he’s pretending it’s a podium and he’s giving an imaginary acceptance speech. “I mean, what the hell? You’re allowed to dream, right?” he says, breaking into laughter.

Asked what advice he would give to someone else who’s own inner critic is holding them back, Joel says the key is to have an honest conversation with yourself – as if you’re speaking to your little brother. 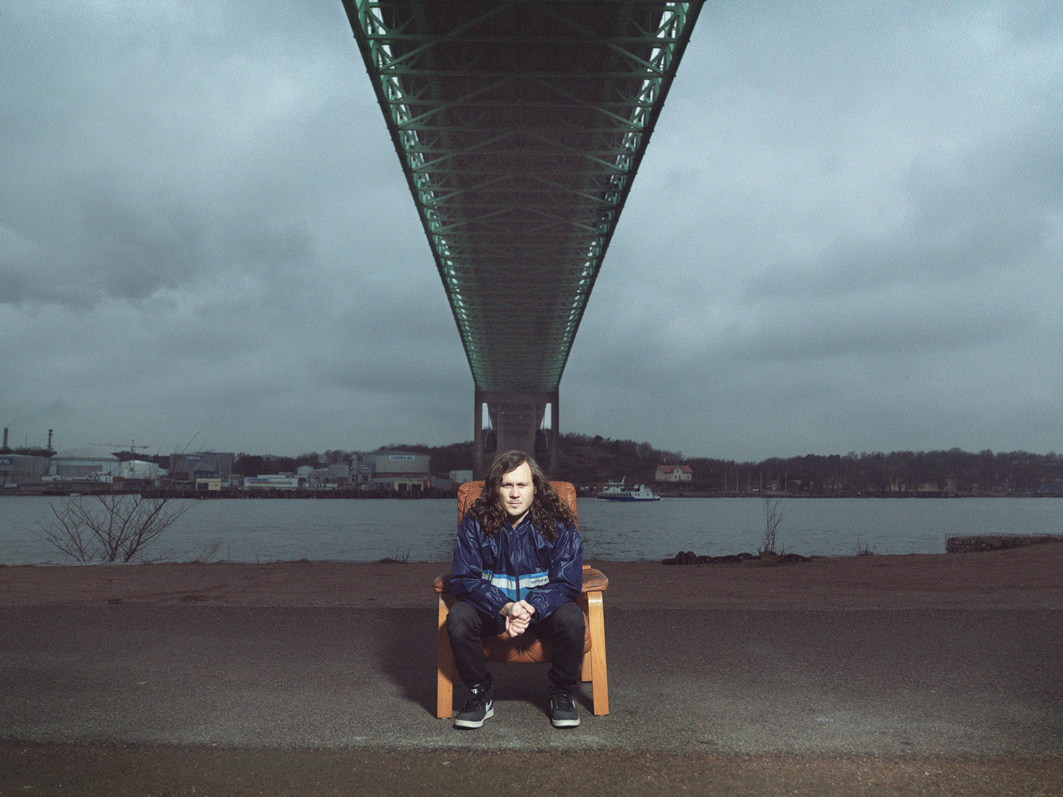 “Imagine if you were on your deathbed. Would you regret not doing this? I mean what is there to lose? Allow yourself to send an email or even put a song on Soundcloud.

“It’s a complicated business and not everyone will get a record deal. Things don’t work like that. But everyone has a right to say, ‘Hey, look at me – I did this!’

“Whatever happens after that, nobody knows. Maybe no one listens. Maybe everyone does. Maybe 25 people think it’s fantastic. But at least take yourself seriously enough to give it a shot.”

Digging A Tunnel is out 10 March on City Slang.

Linkedin
RELATED ARTICLES
OTHER ARTICLES
AI companies that develop image-generators using copyrighted artwork from the internet are coming under fire from artists who say that it amounts to theft.
At his West Bank restaurant, Fadi Kattan established himself as the voice of modern Palestinian cuisine. Now, he’s bringing his innovative, bold flavours to the UK’s capital.
A recent High Court ruling against the right to wild camp in Dartmoor National Park sparked the largest land protest in history – and campaigners say their fight is not over yet.
After building his reputation covering the US civil rights movement in the 1960s, the photographer went on to produce some of the most enduring images of the past century.
Photographer Becky Tyrell went down to the fading banger and stock raceway to meet a community desperate to keep it alive.
As she gears up for the release of her first book, the 24-year-old climate activist talks standing up to authority and building a more inclusive movement.