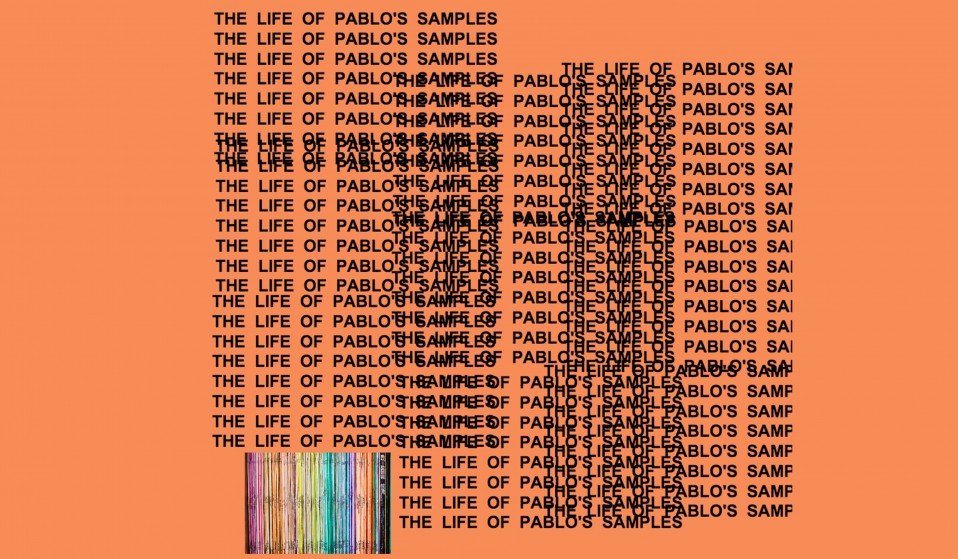 Cian Traynor roots through the most intriguing music sources underpinning Yeezy's new album, immodestly touted by the rapper as the greatest of all time

Cian Traynor roots through the most intriguing music sources underpinning Yeezy's new album, immodestly touted by the rapper as the greatest of all time

Kanye West’s The Life of Pablo already feels overshadowed by controversy. The album’s release this week has coincided with an extravagant launch party in Madison Square Garden, a plea to Mark Zuckerberg to bail Kanye out of debt, a tantrum that the rapper reportedly threw behind the scenes of Saturday Night Live and misogynist lyrics that Taylor Swift felt compelled to address in her acceptance speech at the Grammy Awards.

Somewhere beneath that sideshow is an album Kanye has touted as the greatest ever made… though it hardly needed hyping. His last album, 2013’s Yeezus, proved to be an innovative breakthrough powered by an all-star team of producers. Its best moments sent listeners scouring for source material, uncovering little-known gems like ‘Bound’ by the Ponderosa Twins Plus One and Omega’s ‘Gyöngyhajú Lány’.

It was a masterclass in isolating the briefest snippet of an old groove and extrapolating from it with hypnotic effect. That’s how the best hip hop samples have always worked. But making that process feel innovative in 2016 means drawing from unexpected places – sounds that have somehow eluded decades of crate-digging producers.

While The Life of Pablo features plenty of recognisable references – Sister Nancy’s rumbling reggae classic ‘Bam Bam’, a cut from Nina Simone’s ‘Do What You Gotta Do’, a Motown cover by Rare Earth and even a snippet from Street Fighter II – here are six surprising samples that no amount of spectacle can detract from.

Few could have expected Kanye to sample a post-punk band from Blackpool who took their name from a clause in the UK’s Mental Health Act. But the last minute of ‘FML’ sees the Weeknd singing over a warped sliver of ‘Hit’ – a track from Section 25’s skeletal first album, Always News. Released in 1981 on Factory Records, neither the track, the album or the band itself would rank among the Manchester label’s most celebrated output, leading many music geeks to wonder how it could have crossed Yeezy’s path.

Shortly before the release of The Life of Pablo, the appearance of ‘30 Hours’ on Kanye’s Soundcloud stream offered a tantalising glimpse of the album’s make-up. Experimental composer Arthur Russell is hardly a forgotten cult figure, of course – but pairing two strikingly different musical innovators works unexpectedly well here. The 1986 original is subdued, sparse and yet somehow comforting – so much so that flipping that to soundtrack Kanye reflecting on an affair that saw him drove 30 hours across the country makes a wonderful kind of sense.

‘Feedback’ features a subtle flash of this 1975 track from Iranian singer and actress Googoosh, an icon of Persian pop. Its brooding bassline is itself a recycling of ‘Heaven On Their Minds’ from Jesus Christ Superstar – but this version serves as an intriguing introduction to a figure whose music was banned by the Islamic Republic of Iran from 1979 to 2000 and inspired the feature-length documentary Googoosh: Iran’s Daughter.

The driving groove behind ‘Fade’ originated from an instrumental track made by Chicago house legend Larry Heard in 1985. A year later, it was rebooted under the name Fingers Inc. (a vocal extension of Mr Fingers) and sounded unlike anything else at the time: smooth, slow-burning and slightly off-kilter. Considered the first deep-house single ever made, ‘Mystery of Love’ still sounds contemporary today.

‘No More Parties in LA’ was reportedly produced by Madlib for Kanye’s 2010 album My Beautiful Dark Twisted Fantasy only to be left off and set aside until now. Either way, its use of a titling bassline and scratchy guitar-picking borrowed from this 1976 recording by Walter ‘Junie’ Morrison – who was a member of funk group Ohio Players and later became musical director of George Clinton’s Parliament-Funkadelic – fits seamlessly into the album’s aesthetic.

Italian prog-rock band Il Rovescio della Medaglia (or RDM) are best known for their sweeping 1973 album, Contaminazione, which fuses four pieces from Bach’s Well-tempered Clavier with the group’s own music. Still, ‘best known’ might be overstating its stature. As one YouTuber commented: “I’m Italian and didn’t even know this song… what a samples digger!”

Linkedin
RELATED ARTICLES
OTHER ARTICLES
With the UK now set to run out of vaccines, people working in the sex industry – particularly outside of major cities – have been left especially vulnerable, reports Brit Dawson.
Protestors gathered outside Downing Street following the latest atrocities committed by Israel against Palestinians living in the besieged strip.
Photographer Bud Glick recounts documenting everyday life in the area, and what it taught him about the Chinese immigrant experience.
Following the release of his latest album, the rapper talks about finding a new approach to songwriting, attitudes to poverty, and why his music is more than a political statement.
An abortion storyteller talks about the termination of her pregnancy and the harassment she’s received for sharing her story online.
Students are being left to languish in unsafe housing, in some cases leading to serious health complications.