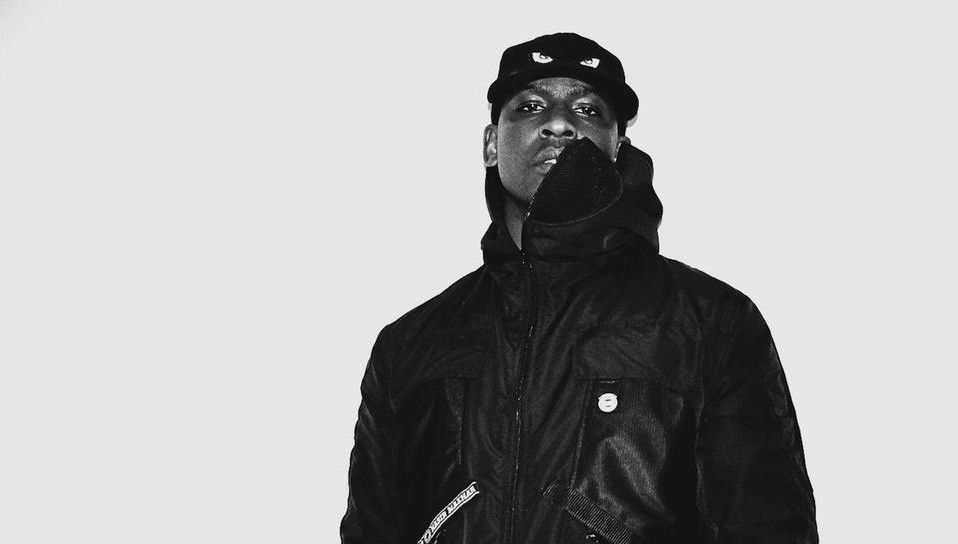 With his thrilling set at Fool's Gold Day Off, Skepta showed that America is ready to accept grime's unique vision, unlikely as that may once have seemed.

With his thrilling set at Fool's Gold Day Off, Skepta showed that America is ready to accept grime's unique vision, unlikely as that may once have seemed.

The sun had already set when Skepta walked on stage in Williamsburg, Brooklyn on Monday, September 7, 2015. Six thousand people milled around the ordinarily vacant lot in the evening heat, some sipping on $9 beers, every tenth person with a joint in hand. It was the last stop on the Fool’s Gold Day Off tour, a homecoming for A-Trak’s record label and their ever-growing festival circuit around the US.

When the Tottenham-born grime MC took the stage over from Post Malone there was no immediate fanfare, no rapid movement from the crowd beyond a handful of screaming fans pressed up to the barriers.

It’s tough to expect much more. Skepta may be one of the UK’s top grime artists – even a mainstream crossover success – but few people would have envisioned a genre or an artist so deeply rooted in grime’s underground to swiftly win hearts and minds in New York City, hip hop’s spiritual home.

Not that he’s not afraid of pushing his work out there. Earlier this summer, he played at the Museum of Modern Art’s PS1 Warm Up event and received glowing reviews. Last Sunday afternoon he was standing on the corner of Houston and 6th Avenue handing out mixtapes and taking pictures with anyone that fancied it. Grime came from the streets of London, fighting hard to win the attention it deserved, and Skepta seems determined not to sell-off its battle-hardened ethos for cheap on this side of the Atlantic.

His job tonight, then, is to bring a half-stoned crowd, most of whom have spent the day listening to trap beats, around to a relentlessly high-energy set in a foreign accent. In the 25 minutes he’s given to do this, he runs through ‘Same Shit, Different Day’ from 2012’s Blacklisted (“These other MC’s remind me of Mr. Bean and Johnny English reborn”)  and tips his hat to JME, playing out ‘Man Don’t Care’ to a crowd who clearly don’t understand the line “box in the eye with the fob I use to login to my HSBC”.

With each track the crowd moves further forward, regardless of what might be lost in translation. By the time the inevitable ‘Shutdown’ plays out – in which he brilliantly reloads the track after saying “it’s reload time” – everyone within a hundred feet of the stage is a hot mess. Rarely have I seen a crowd so initially ambivalent be dragged in so completely.

All in a day’s work for Skepta, converting the masses, bursting new markets for his work wide open. And recognition is coming from every level. The very next day, he picked up a gong at the AIM Independent Music Awards for Outstanding Contribution to Music. Then, on Thursday, social media was set ablaze when news spread that he would take the stage as the secret headliner for the closing night of Red Bull’s Future Underground festival in London. His ability to set audiences alight on both sides of the ocean is both a testament to his quality as a live act and a suggestion of something less expected – with American hip-hop royalty now throwing its weight fully behind the grime scene, hip hop’s transatlantic conversation might just be getting louder.

Linkedin
OTHER ARTICLES
Photojournalist Fiora Garenzi spoke with people still living in Eastern Ukraine, an area which seen some of the heaviest fighting since the war began.
In the latest instalment of Photographers in Conversation, the creator talks portraiture, platforms and taking inspiration from Little Simz.
Danny Burrows discusses his new series of images documenting an pacifist anabaptist community who lead an alternative way of life.
Steel City is often overlooked when it comes to the country's cultural radar despite its role in shaping electronic music.
We introduce our series spotlighting the voices of people who’ve been impacted by anti-abortion laws and anti-choice protestors.
A new series of photos by Johny Pitts shines a light on communities and subcultures that have all too often been overlooked.