Art & Culture / Does Slayer have the most diehard fans in the world? 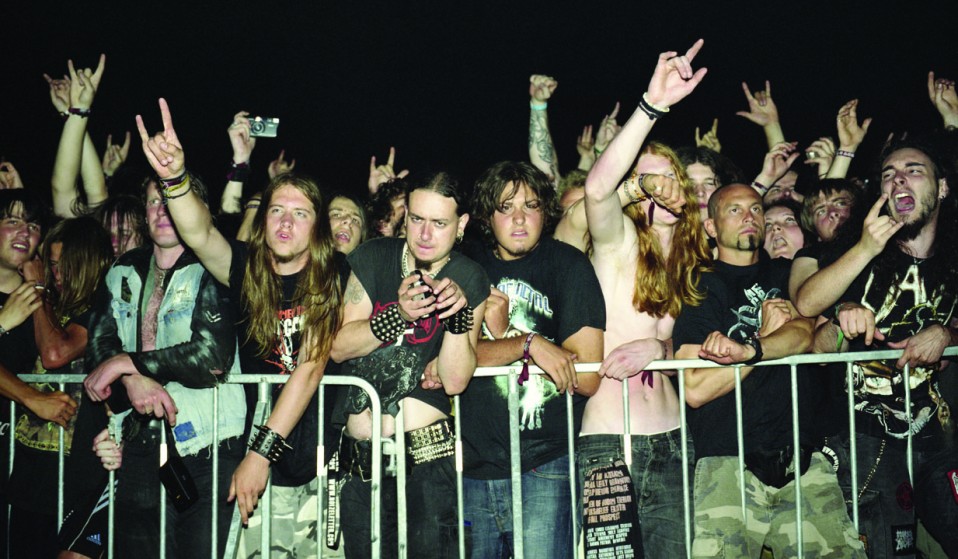 As Slayer release a gruesome new music video, thirty-five years after they first formed, Huck goes in search of the diehard fans who have signed up for life.

As Slayer release a gruesome new music video, thirty-five years after they first formed, Huck goes in search of the diehard fans who have signed up for life.

When thrash metal pioneers Slayer changed the face – and pace – of guitar music in the 1980s, they sparked a union between millions of metalheads spread across the globe. This week, the band released a new video for ‘You Against You’, a gruesome narrative by Hollywood director BJ McDonnell (Hatchet III) that delivers on the horror-fuelled action that’s had fans salivating in anticipation for months. But what is it about Slayer that endures? Where other bands have faded or bitten the dust, Slayer keeps on living – and giving – thanks in part to their diehard fans.

In 2013, shortly after founding member Jeff Hanneman died, we asked photographer Sanna Charles, who’s been documenting the Slayer diaspora for years, to perform an inquisition of sorts and helps us better understand this burning question: if you grow up loving Slayer, are you a Slayer fan for life? These are just a few of the stories Sanna found – the cream of the head-bangin’, thrash-lovin’ crop. 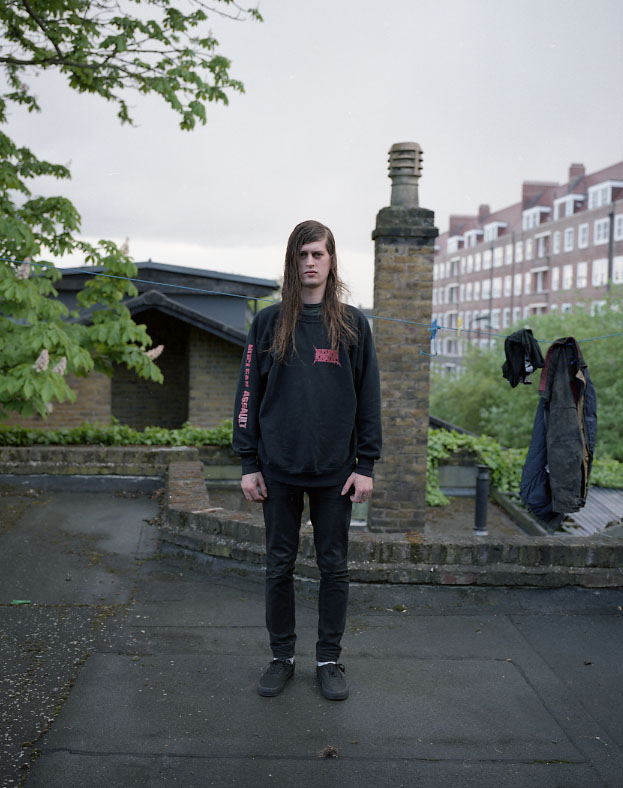 “I heard my first Slayer song about fifteen years ago. It would have been from Diablos In Musica round at one of my mate’s houses. […] Slayer really drew my attention to guitar work. With thrash there’s soloing and that’s something I always felt was really absent in that whole crappy Nu Metal thing that I was listening to as a kid. […] Me and my oldest mate had quite a bond because we were listening to thrash at a time when it wasn’t popular – he’d been given a stack of thrash vinyl from his uncle, things like Flotsam and Jetsam, Exodus and some Slayer. I still really like the production of all those old recordings. I just don’t like anything new anymore. […] I first saw Slayer at the NIA in Birmingham just after the September 11 bombing. Dave Lombardo and Jeff Hanneman were the strongest musicians and they were the ones I wanted to watch more of.” 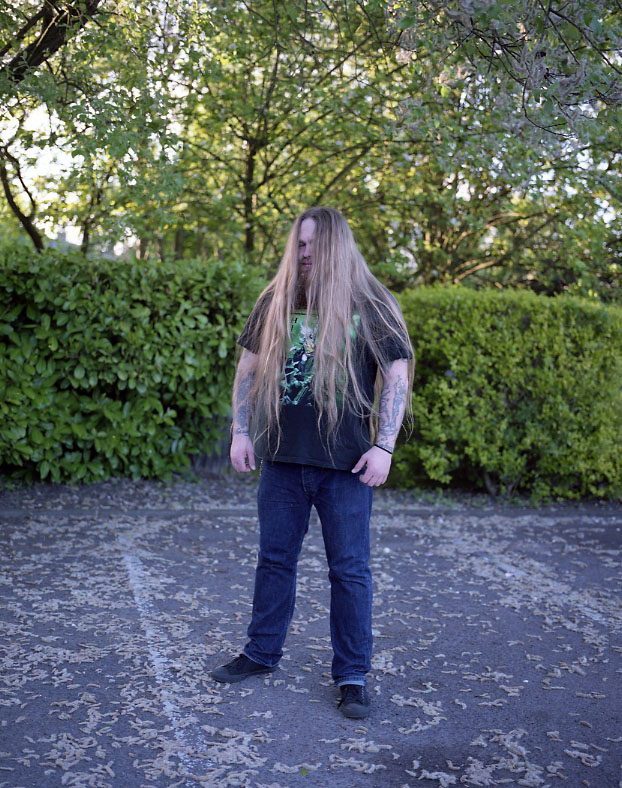 “The first Slayer album I bought was in 1988. I remember hearing the opening riff to ‘South of Heaven’ and thinking, ‘This is something, this is special.’ Back then, there was something genuinely dark about Slayer, it sounds tacky but it felt evil and they stood out from other bands at the time because of the songwriting and Jeff Hanneman’s riffing and Dave Lombardo’s drumming. Now everyone plays fast but Dave Lombardo also had swing in the way that Bill Ward and Ian Pace have it. Most of the fast drummers now just sound like machines. […] I’ve seen Slayer maybe ten or eleven times, but seeing them in Hammersmith in ’88, on the World Sacrifice Tour with Nuclear Assault supporting, where the lighting made it look like a kind of satanic church, and they all just stood there in a row – it was so simple, dark and ferocious, more recent shows look like Las Vegas. […] Jeff Hanneman, I think, was the musical heart, Slayer is about riffs and he wrote the best riffs, the best songs and did the best solos.” 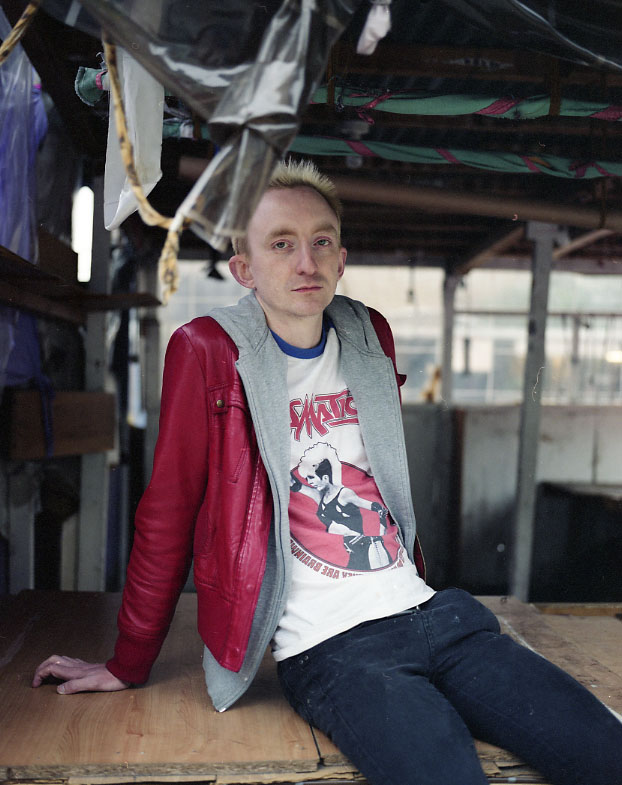 “Slayer are the ultimate metal band to me, just in terms of visceral brutality and intensity. Bands have been faster and noisier, but no-one’s ever been scarier sounding in an abstract sense or had the singularity of intent that Slayer have. At full pelt, Slayer always remind me of that apocryphal bloke who did so much PCP that he hacked his own face off and fed it to his dog. The first time I heard them was in 1988, a mate put his walkman headphones over my ears on the way home from school and played me the start of ‘Angel Of Death’. That opening scream and double-bass drumming just ripped my head off. […] I’m still kicking myself for missing them twice early on, at Newcastle City Hall with Nuclear Assault in ’88 and with Mindfunk in ’91. I didn’t see them till Ozzfest at Milton Keynes Bowl in ’98. They opened with ‘South Of Heaven’ and levelled the place. I’ve seen them probably about twelve or fifteen times since then, I’ve lost count. There’s a unique primal buzz any metalhead feels just bellowing their name. The carnage carnival is over without Hanneman, sadly. RIP.” 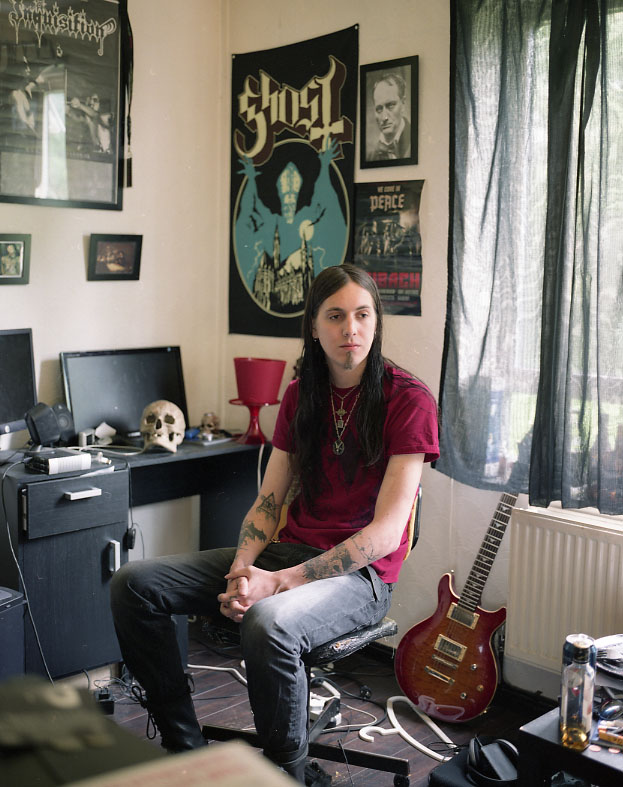 “I was always into rock ‘n’ roll music, but when I was thirteen or fourteen I started to move towards more extreme rock and metal so I would look online to find out about the bands I hadn’t heard before. I found out about Slayer from the metal websites I used to read. I’ve seen them three times. The first time was at Waken Festival in Germany – the largest Metal festival in the world. I tried to crowd-surf myself to the front to get as close as I could, I wanted to get the best view of each musician, with Slayer they are all important. […] I’m from Iceland and Slayer are very big there, but when I was at school people who were into metal were into Limp Bizkit and things like that. After a few years I made two friends at school who were also into more extreme metal so Slayer were one of the first bands we got into. We are still very good friends and still very much into Slayer.” 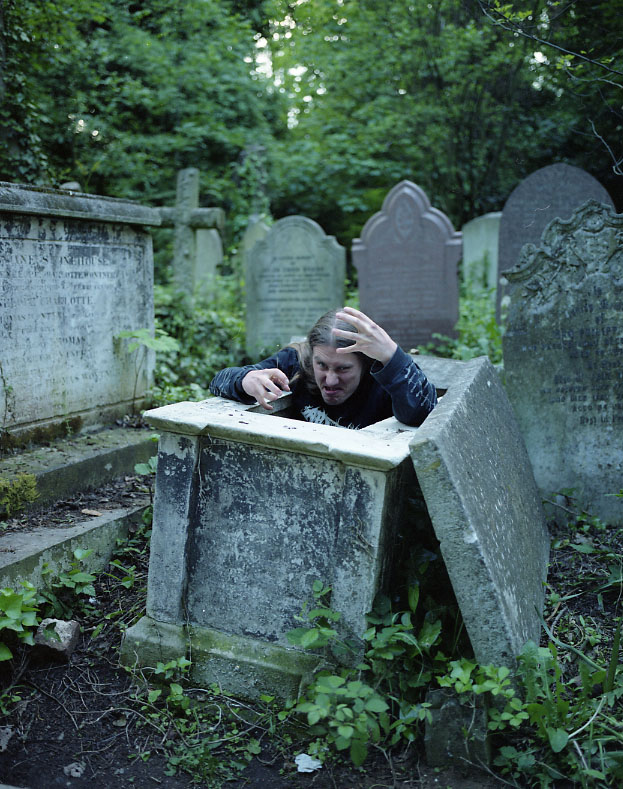 “I got into Slayer in my early-to-mid teens. There was a skateboard video, Misled Youth by Zero, with ‘South of Heaven’ on the soundtrack – I didn’t know what it was for a long time. On the same video there was Maiden and Danzig and Metallica, all of which I didn’t know but just thought it was really cool. I started buying Slayer’s albums when I was about seventeen… At the time I loved it because it was hard and fast and went with my hyperactivity and made me feel like smashing things up, but it’s not just fast and aggressive it’s really good songwriting, too. Each individual member of the band can stand their own, there’s no weak link.” 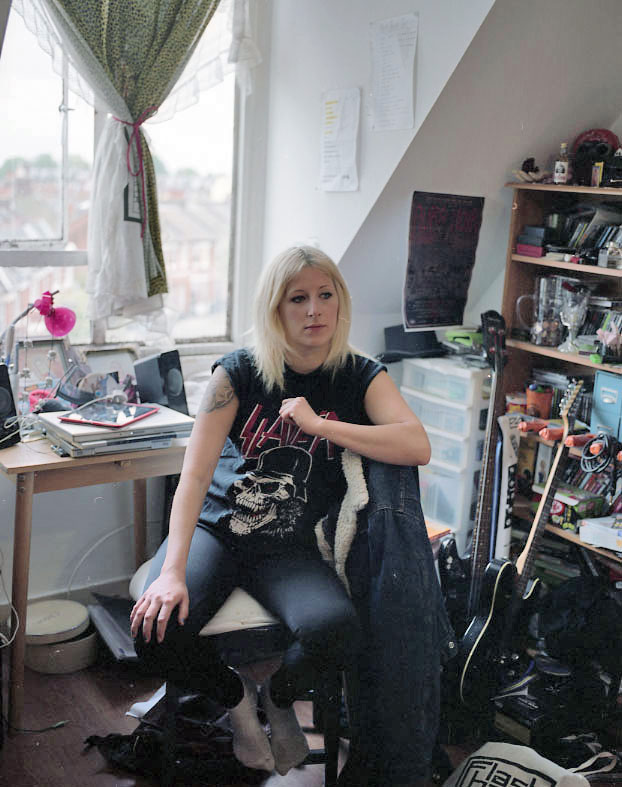 “I first heard Slayer when I was fifteen and I was with a friend who was from Albania. I used to go round his house and he’d cut my hair and we’d smoke weed. I was listening to more punk then, he was into metal and he told me that what I was listening to was gay. He played me Kill ‘Em All by Metallica and I thought, ‘Oh my god this is great!’ Then he played Reign In Blood and I was like, ‘Oh my god! This is SO great!’ I pretty much dropped everything else I was listening to after that. I was lucky enough to have known [guitarist] Kerry King’s guitar tech Armand Butts Crump III, or ABC3 to his friends, [who sadly passed away in April 2012] and he knew I was a massive Slayer fan so he got me on the side of the stage at Hellfest and let me stand right where Kerry’s stuff was. He also used to give me some of the picks they used when they played. […] Reign In Blood is the strongest, most destroying thrash album ever. The songs are so good, it’s so fast. Other bands play as fast but they are nowhere near as powerful.”

God Listens to Slayer, by Sanna Charles, is published by DITTO Press.

Linkedin
RELATED ARTICLES
OTHER ARTICLES
In his 2008 series, the photographer pictured himself as Angela Davis, Martin Luther King Jr., Malcolm X, and other prominent figures.
The idea that a younger generation is abandoning work has become a popular narrative online, but it doesn’t necessarily reflect reality.
As the Scottish government announces a rent freeze, an activist with Living Rent who fought and won shares how they did it, and what must come next.
A group of young Palestinians have found temporary freedom in the act of parkour, reimagining wreckage and ruins as a series of high-octane playgrounds.
Ahead of the release of their first collaborative album, the producer and rapper talk psychedelics and the state of UK hip hop.
The two-day long event returned to London this year, showcasing a spectacular parade, steel bands and Caribbean food.