’Scales’ will be held in October, in the same field as Donald Judd’s famed installation ‘15 Untitled Works in Concrete.’

’Scales’ will be held in October, in the same field as Donald Judd’s famed installation ‘15 Untitled Works in Concrete.’

Solange has announced that she will be performing a new, site-specific art piece this October. The project, titled ‘Scales’, will be held in Marfa, Texas, in the same field as the famed Donald Judd installation ‘15 Untitled Works in Concrete’.

The singer shared the news in an Instagram post yesterday evening. In the caption, she admitted that Judd’s “phenomenal” work had had a “profound influence” on the way she viewed the world. “I am beyond honoured,” she wrote. “Texas peeps, pull up!” 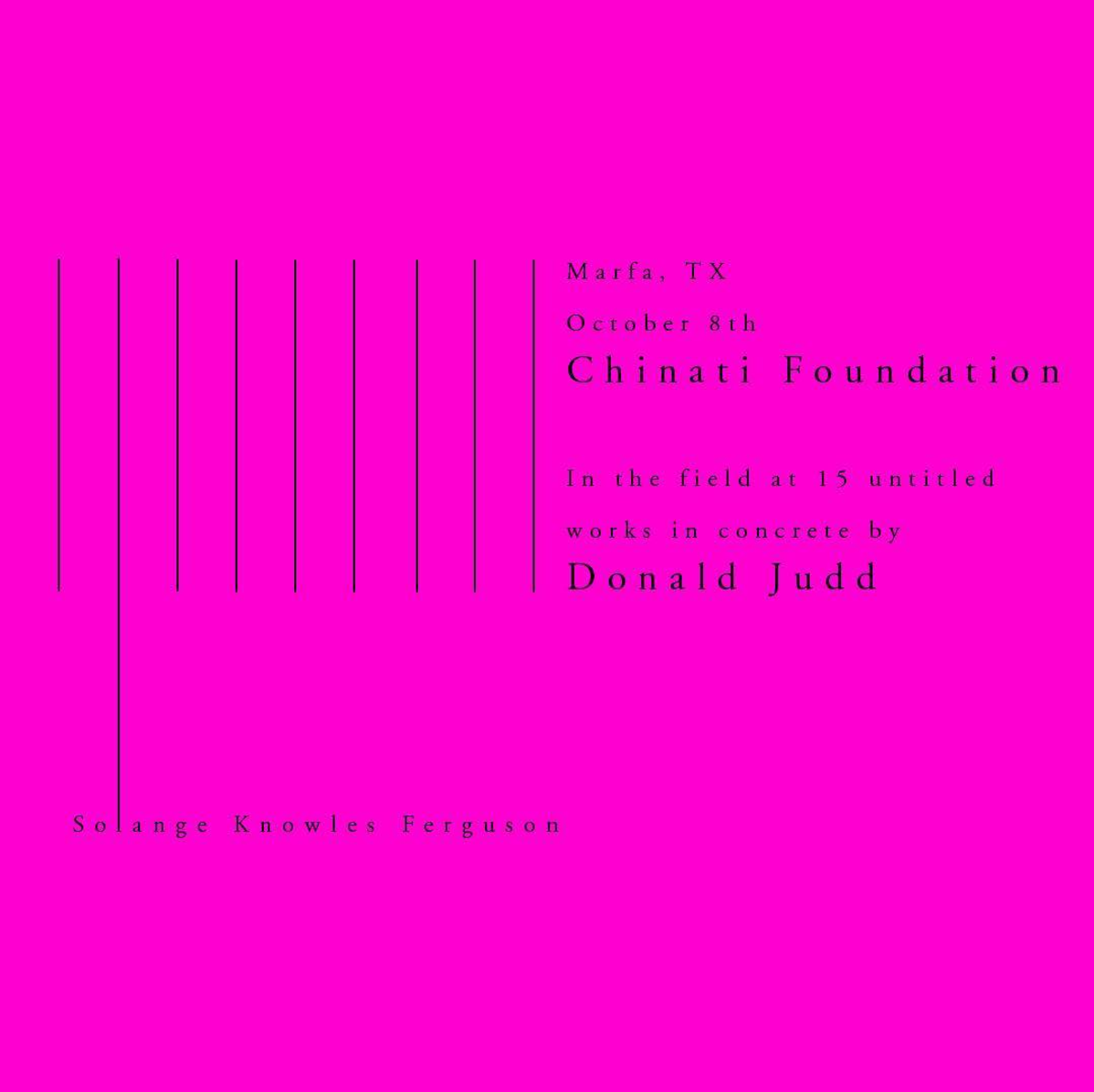 Although there’s currently very little information circulating about performance, it’s likely to be linked to her 2016 album A Seat At The Table – a record which was widely seen as one of the most profound and politically charged of the year. The singer has taken to performing stark visual extensions of the album, taking over New York’s Guggenheim in May with the interdisciplinary tribute “An Ode To.”

Like the album, “An Ode To” was sharply political – with Solange using performance and dance to celebrate the power of black women. “Inclusion is not enough,” she declared after the Guggenheim show. “Allowance is not enough. We belong here. We built this shit.”

Scales will be performed at Marfa’s Chinati Foundation on October 8th.

Linkedin
RELATED ARTICLES
OTHER ARTICLES
Yohon Tatum, aka Legendary Father of the House of Tisci, reflects on nurturing a new generation of talent.
Taking us through one of the most dynamic years in recent history, Laylah Amatullah Barrayn new photo book contains tender yet confrontational portraits.
After blocking the Scottish government’s gender recognition reform bill, Westminster is now devising further changes to the law to make it harder for trans people to self-identify.
Photographer Sean Maung reflects on documenting a small town in Pennsylvania afflicted by high levels of unemployment, poverty, violence, crime, and addiction.
The first-generation graffiti artist reflects on the tagging’s emergence as an art form and the players who pushed the medium forward.
A new film from Berghaus traces the story of Adam Raja, who left behind a turbulent upbringing to discover the healing power of climbing.