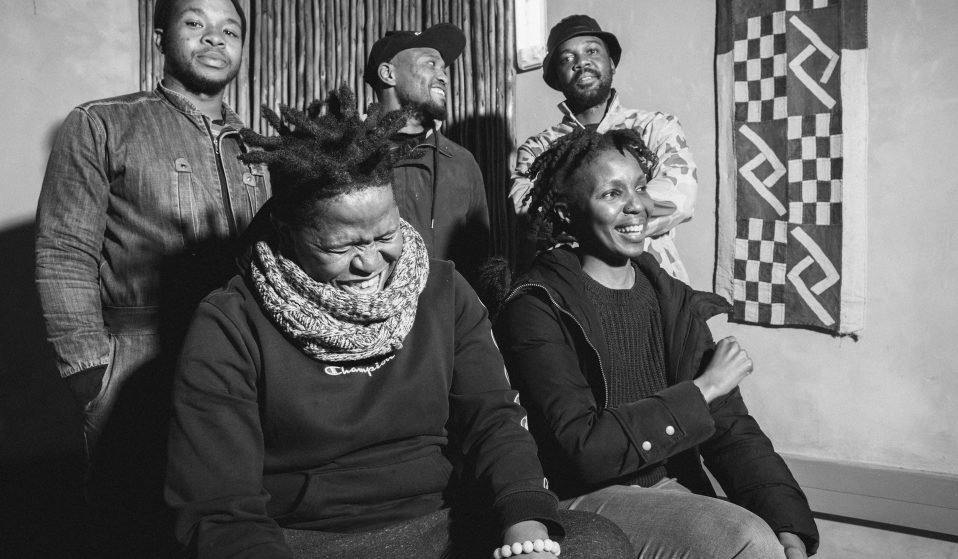 A new release from some of the country’s most exciting musicians challenges the notion that the fight for freedom is a battle of the past.

A new release from some of the country’s most exciting musicians challenges the notion that the fight for freedom is a battle of the past.

History is too frequently told with solid starts and neat endings. South Africa’s first free democratic elections of 1994 represent one of history’s many finalities, symbolising both the end of an oppressive apartheid regime and the breakthrough for a Black majority locked in a generational struggle.

There is a disconnect here though, that separates the names and dates of these histories from the cultural spaces where the nuanced realities of history and progress play out. The dates threaten to drag eyes backwards, rather than alerting a new generation to the continued spectre of apartheid and the inequalities it sews.

Of these cultural spaces, it is the country’s jazz community that seems most determined to show that 1994 was never really an ending. The 52 musicians featured on Indaba Is, a new compilation of South African jazz released on Brownswood Recordings at the end of January, grew up in Desmond Tutu’s hallowed ‘Rainbow Nation’, which dreamed of a new generation of young South Africans living outside of the racial segregation faced by their ancestors. Yet for musicians like Thandi Ntuli, a pianist and the record’s convenor, the situation facing the ‘born-free generation’ instead resembles what the academic Tshepo Madlingozi dubs ‘neo-apartheid’.

“Even 25 years on, we’re still celebrating the fact we’re not in apartheid anymore”, says Ntuli. “People who look at South Africa see that past time which was really terrible, but those of us living in it are still dealing with the legacy that apartheid has left behind in our day-to-day experiences.”

Ntuli’s upbringing saw her traverse South Africa’s geographical divides. Ntuli grew up in Soshanguve, one of South Africa’s largest townships. A classically-trained pianist, her suburban private education means her experience is built moving between two separate, disparate worlds. “In the townships, the legacy of apartheid is rampant. Townships are essentially city concentration camps – they are places where people were just put. The legacy is very structural, and you can see it in the way society is stunted in township areas; service delivery is terrible, there’s no recreational anything.”

The divide first revealed itself to Ntuli when she compared the lush, well-kept neighbourhoods her school friends lived in with ones she was more accustomed to, a difference she sees as both historic and structurally reinforced in contemporary society. “There’s a very strong economic separation. The lines are not as obvious as they were in the time of apartheid, with military presence and the physical force of the police. It’s less visible, but it’s very much implied in the way the country is still structured and still functions.”

Rather than engaging in attempts at reform, these economic divides are almost glorified. It’s something that Siyabonga Mthembu, charismatic frontman of arts collective The Brother Moves On and Ntuli’s co-convenor on Indaba Is, finds troubling. “There’s this weird thing, where we’re supposed to be proud of townships now,” he says. “Proud of the ability of the oppressed majority to turn a place from a wasteland into something we call home? Spatial apartheid in South Africa has never really been addressed.”

Covid has laid bare more dividing lines in this most unequal of places. South Africa is now one of the world’s most digitally divided countries, with obvious consequences for musicians in the country. But internet provision is just one of a number of resources where equal access is unimaginable. “Now, it’s digital, but in reality, it’s whatever is the currency of the time,” says Ntuli. “It’s education, land, basic amenities like water and electricity. The government issued reminders about Covid, like ‘Remember to wash your hands’, in places that had absolutely no water. Like, who are you actually talking to?”

South Africa’s liberation story is hard to tell without the nation’s jazz children. Musicians like Hugh Masekela, Abdullah Ibrahim and Miriam Makeba played a huge part in the anti-apartheid movement while in exile, earning an enduring legacy entwined with the ruling ANC (African National Congress) in the process. When legendary trombonist and freedom fighter Jonas Gwangwa passed away recently, he received a glowing tribute from sitting president Cyril Ramaphosa, who heralded Gwangwa as “a giant of our revolutionary cultural movement.”

Today, Ntuli sees gestures like these as part of the current problem. “What you find across Africa is, post-liberation, governments have mechanisms used to remember what the liberation movement has done for you. In South Africa, they embrace the likes of Jonas Gwangwa – it happened when ‘Bra Hugh’ died too – but there’s not a complete embracing of the cultural scene at all.”

For Mthembu, it’s a case of recognising that, in a post-liberation context, politicians have mechanised the power of music. “Ramaphosa mechanised Hugh Masekela’s Thuma Mina as his big rallying cry to become head of the ANC. He understood that, by aligning himself with that song – not particularly Hugh, not particularly the message of the song, but the idea of the song – he could do less work. In Instagram terms, it’s like reposting someone who you know has a big following, and fans coming over to your profile. The old jazz cats are mechanised in that way which leaves them very bitter.” 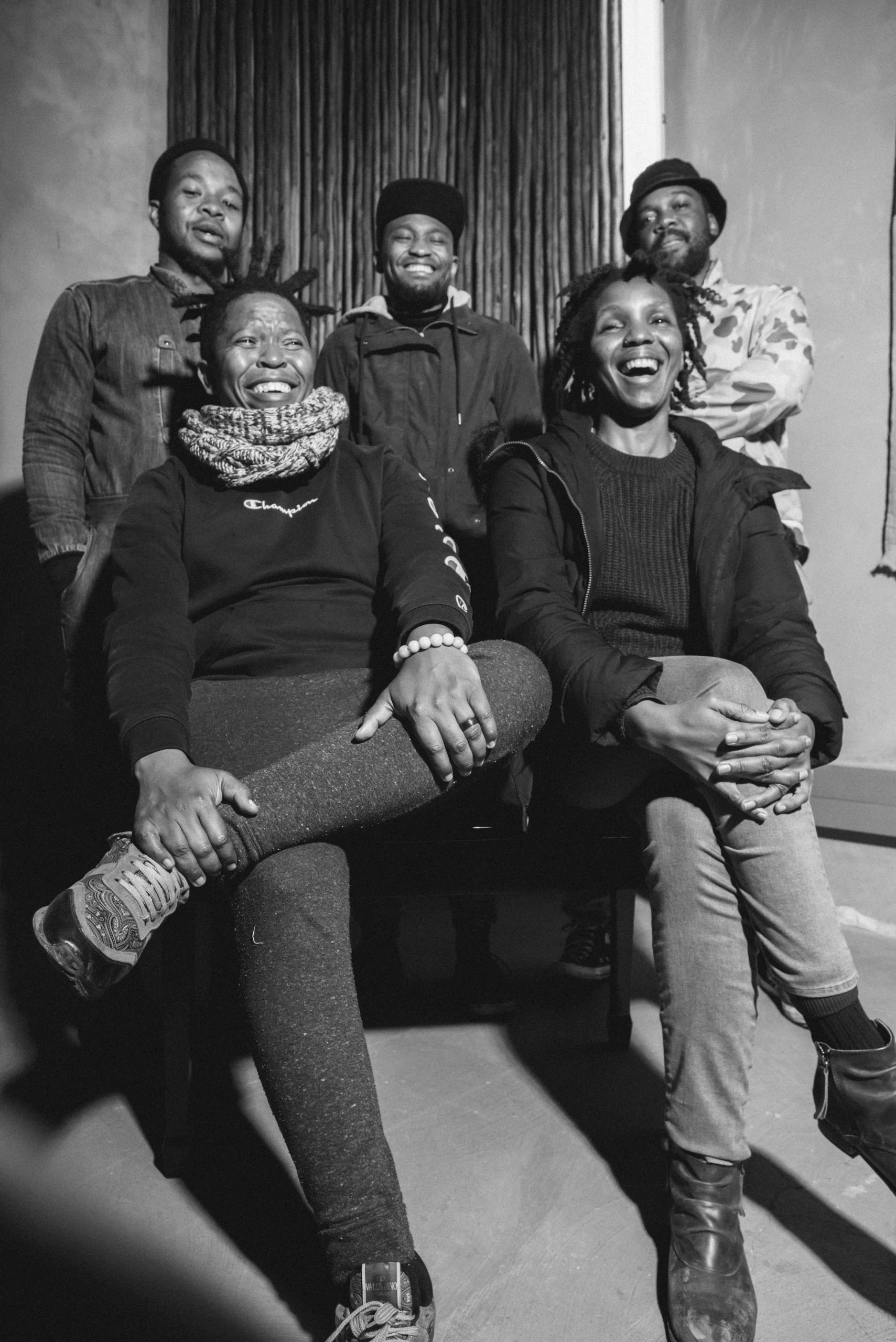 Today, though, South Africa’s jazz crowd is fighting back. As a community, they are determined to control their own narrative, set on engaging with political ideas both ancestral and contemporary on their own terms. In this sense, Indaba Is represents a community’s connection to its own spiritual space.

Examples of this run throughout the record. For instance, attitudes to contemporary struggles combine on The Brother Moves On’s ‘Umthandazo Wamagenge (Gang Prayer)’. Mthembu’s striking poetry opens the track: “Mongrel a township, courtship for pregnant / Egg-shaped escape, we all lose hope in our elements.” Later, the poem resents the ‘black, yellow and green’ of the ANC. But, Mthembuit explains, it’s more complicated than a case of simply ‘sticking it to the man’.

“I’m an ANC kid, I grew up in a house with an SACP [South African Communist Party] father who marched to release Mandela. There’s no such thing as [pro] ANC and not ANC in this country, based on the fact that they took over the narrative of the liberation struggle, and became the only liberators in that exchange. The track tries to show the destitution of our modern relationship with this idea of the ANC.”

Commenting on South African party politics is not the main focus of the album, though. At the centre of their political struggle is something more ancient and yet more illusive – spirituality.  “There’s this amazing thread that runs through the album that places our struggle within a greater need to affirm our Black spirituality, both in our spaces and in the national conversation,” says Mthembu. By far the most visceral affirmation of this is ‘What is History?’, a track from three-piece The Wretched, where thundering drums accompany powerful speeches from Winnie Mandela and Black Panther Kwame Ture.

Mthembu’s wish is to shift the perspective entirely, centring Black spirituality rather than relying on frameworks based on Western ideals of politics, religion and the economy. “A redefinition is not about introducing something new – maybe we shouldn’t just be decolonising, but instead affirming Black knowledge spaces. We shouldn’t be taking over this dead white hierarchy that’s turning on itself and burning, but we should be affirming the living spaces that already exist. This tradition is living.”

For Ntuli, it’s a case of looking further within – for stories that run deeper than dates and milestones. “Looking for the answers externally is always going to fall flat, because I am so much more than the body I’m in, the place I grew up in, and the language I speak, and I’ve reached a place where I’m embracing the element of fantasy around our identity – history and culture is not solely made up of facts but the stories about who we come from.”

Indaba Is is out now on Brownswood Recordings.

Linkedin
RELATED ARTICLES
OTHER ARTICLES
In his 2008 series, the photographer pictured himself as Angela Davis, Martin Luther King Jr., Malcolm X, and other prominent figures.
Rhiannon Adam spent three months capturing an ageing society wracked by division, isolation, and the aftermath of scandal.
Rogue landlords are exploiting young and inexperienced renters and leaving them in mental and financial turmoil, reports Niall Hignett.
With skyrocketing rents, packed out viewings, bidding wars and more, renting in London has never been harder.
Following the announcement of an 80% hike in the energy price cap from 1st October, crowds gathered outside the offices of energy regulator Ofgem to protest and declare their intention to undertake a payment strike.
By turning a real-life crisis into daytime television fodder, TV bosses have once again shown themselves to be completely out of touch with audiences.