Art & Culture / Music / Squid are redefining the future of post-punk 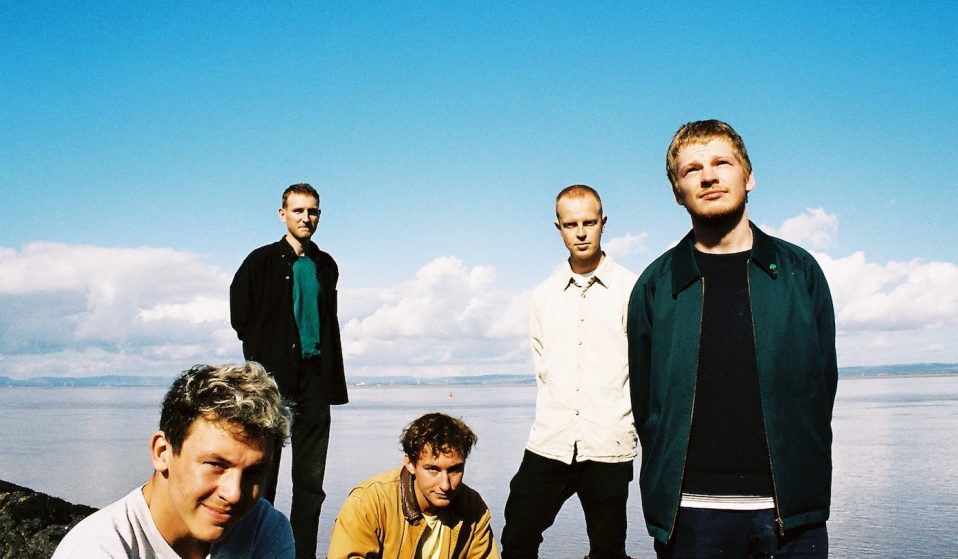 As the five-piece band gear up for the release of their debut album, the group discuss the process of piecing together their most ambitious project to date.

The five-piece band have made a name for themselves with their highly experimental sound. Now, as they gear up for the release of their debut album, the group discuss the process of piecing together their most ambitious project to date.

It’s been a while since anyone tried to argue that British guitar music was dead. This is thanks, in large part, to the extraordinary scene that arose around South London and Brixton’s Windmill venue a few years ago.

Alongside Black Country, New Road, black midi, Shame and Goat Girl, one of the frontrunners of the group of genre-rejuvenating bands has undoubtedly been the Brighton-formed five-piece Squid, who are finally set to cash in on over two years of intense hype with their superlative debut album Bright Green Field (Warp Records), released May 7.

The group are unlikely leaders of a generation in many ways. Their music routinely splashes around in experimental waters, incorporating elements of jazz, noise rock and German motorik, while Ollie Judge’s highly literary lyrics are rooted in the contemporary anxieties and frustrations of his age group’s shared life experiences.

The fact that their early singles ‘Houseplants’ and ‘The Cleaner’ caught fire despite featuring unconventional song structures and atonal playing indicates that there are openings for subversive, progressive rock bands at the top table of British music. We sat down with guitarist Anton Pearson and singer Ollie Judge to discuss the much-anticipated new album, and the process of piecing it together.

I saw you play End of the Road Festival in 2019, and you packed out a steaming hot tent. Nearly two years later, your debut album is finally coming out. Has it felt like a long wait?

Anton Pearson: I’m glad we’ve waited. I think we’ve made the best album we can make. It wouldn’t have been the same if we’d felt pressure to do it earlier. We really, really wanted to take it really seriously and put all of ourselves into it. I’m glad we’ve done it the way that we’ve done it.

Are you the kind of band that sits down and meticulously thinks through a clear idea of what you want the album to be about or do you just get into the studio and see what happens?

Ollie Judge: None of us have ever made an album before and quite a few of the tracks on this album were written over a period of two years, so we definitely weren’t thinking of an album when we started writing some of these tracks two years ago. It’s more when we went into ‘album writing mode’ – we booked in months to specifically write the album – that we started to think about themes. It’ll be interesting on the next album to have a completely clean slate and see how that changes on a larger scale project. 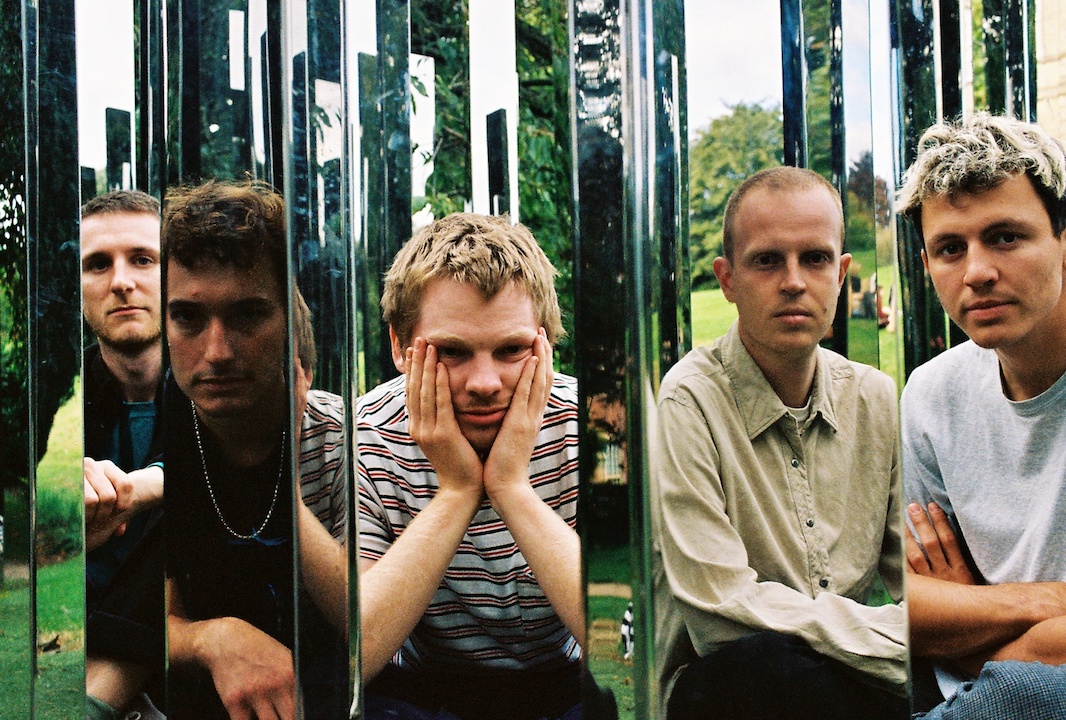 So there were discussions of themes?

OJ: Yeah, definitely. We were talking a lot about places, and sci-fi, and cities. It feels like a funny graduation from our EP Town Centre to finally expand into a city, but I think we all thought it was really important to have some larger themes across the whole record. Not to make it a proggy, double-concept album or anything though!

With the dystopian cityscape, does it have a visual element to it in your minds? How does that concept manifest itself for you?

AP: We used it as a creative tool for the latter stages of the writing process more than anything else. I suppose it’s quite hard to get that balance right between working in the way that we do, which is writing with a lot of eclecticism and making a large body of work that feels like it’s one piece of work.

So imagining a multi-faceted city was quite a fun exercise for us and it freed us up to go in any direction that we wanted. We were exploring urban themes more than rural themes, British themes as well. We were kind of celebrating that complexity that you can get in a physical space. I suppose Nietzsche would call it a ‘heterotopia’.

It’s interesting then that we’ve got an album called Bright Green Field if the themes are primarily urban rather than rural?

AP: I think there is part of us that is drawn to subverting anything that we try to establish… We want the album to mean different things to different people… We did go through a lot of album titles along the way, thinking, ‘does that really match up?’, but it doesn’t matter too much. The ‘bright green’ element does have that slightly unnatural feel as well, in terms of being artificially green. Fields are unnatural anyway, you know.

Did you never flirt with the idea of a self-titled debut?

OJ: We’ve always joked that ‘Self-Titled Album’ is going to be our third album, we always like it when bands do that. Yeah, I kind of think it’s a bit of a cop-out, really, I don’t know why. For an album that was so hard to write, it just felt too easy not to give it a title.

It seems to me that one recurring theme on the album is uncertainty. The characters in ‘Paddling’ and ‘Narrator’ both seem to be losing their sense of self or having doubts about what is real. Was that something you were thinking about when you were writing these songs?

OJ: I think it’s maybe because the 2010s have been just an incredibly uncertain decade. This generation’s financial uncertainty, it’s a reflection of that feeling that we know all too well from various different socio-political angles. It’s interesting, I hadn’t really thought about that.

AP: We’ve talked about a coming-of-age theme coming through the record as well, so I guess that fits with that too, that uncertainty of transitioning through age. That makes a lot of sense. 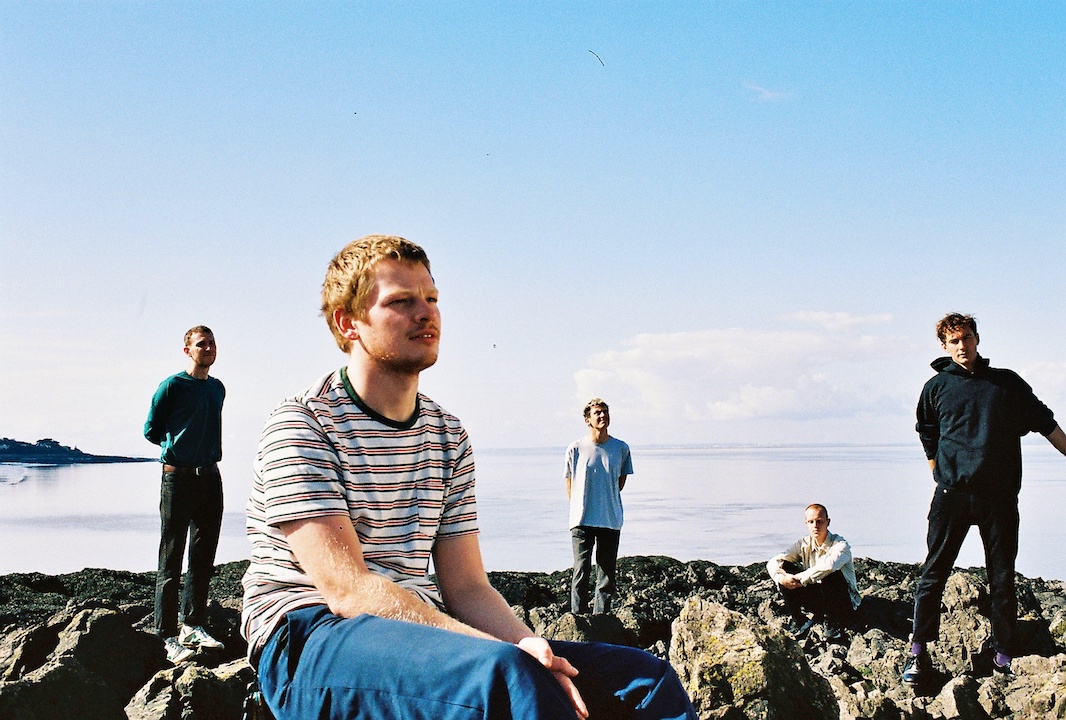 It seemed to me that living through the 2010s, there were not that many musicians that were tapping into the headspace of what it actually felt like for a lot of us day-to-day. James Murphy was somebody that was able to capture that zeitgeist 15 years ago but I’d say you and bands like Black Country, New Road are doing the equivalent now.

OJ: It’s strange, I don’t think we ever thought that there was a gap in the market, like there were things that weren’t being talked about so we felt the need to step in and write music about that. I just think it’s a natural product of growing up in this country and what’s going on around us, it’s quite an organic endpoint, I think. Everything’s so messed up that we write about either something that’s escapist or we write about what’s going on around us. We’ve just accidentally fallen into writing music about this stuff.

You’ve decided not to include any of your previous singles on the album. Was that a practical decision or were you thinking you wanted to make a clean break?

AP: We said from quite early on that we wanted to do that, just because we were really into making an album and making it feel like one thing. Having a body of work that has completely its own life. It’s not that we’re rejecting stuff that we’ve done before, it’s just we’ve done them and we didn’t want to re-record them. They’ve done really well for us, why do it again?

Is there an element of risk though by not including the songs that maybe the more casual listeners would be more familiar with?

AP: Maybe. But they’re still not going anywhere, they still exist for people to listen to and latch onto. It just felt like an important artistic decision and that’s the only thing we should really be focusing on, I think.

The album is produced by Dan Carey, whose fingerprints seem to be everywhere in British music at the moment. How important was he to the album?

OJ: It’s just lush being in the studio with him, he’s a really good friend of ours now. It’d seem strange now recording without him. He has this really sweet, boyish enthusiasm about everything, which is really encouraging when you’re in the studio. And he’s got a really nice dog called Feta.

Do you see Squid album two being produced by Dan Carey?

AP: Ooh, it’s kind of too early to say! We have been writing, because of the nature of the last year or so, we’ve wanted to use the time the best we can.

Will the new stuff be markedly different?

OJ: We’re not sure how yet. We want to get an MC on one track – that sounds quite different I guess!

Oh come on, you’ve got to give me a name now!

Bright Green Field is out Friday, May 7 on Warp Records.

Linkedin
RELATED ARTICLES
OTHER ARTICLES
In the last of our dispatches from OFFF Barcelona, Rufus Deuchler and Vincent Gault discuss the future of creative process.
Satirical culture in the UK routinely protects the powerful and punches down. It’s time people stopped laughing along, writes Elia Cugini.
Writers Matt Foot and Morag Livingstone explore how four decades of collusion between the government and the police have slowly eroded our right to protest.
The government’s failure to take long Covid seriously has led to the formation of a group campaigning for the thousands of forgotten victims of the illness.
Following the release of his newly republished 1991 book, Redheads, the American photographer reflects on his celebration of ginger people and their magnetic power.
The answer to improving the well-being of Palestinians rests not with individualised solutions from the Global North, but with ending settler colonialism.