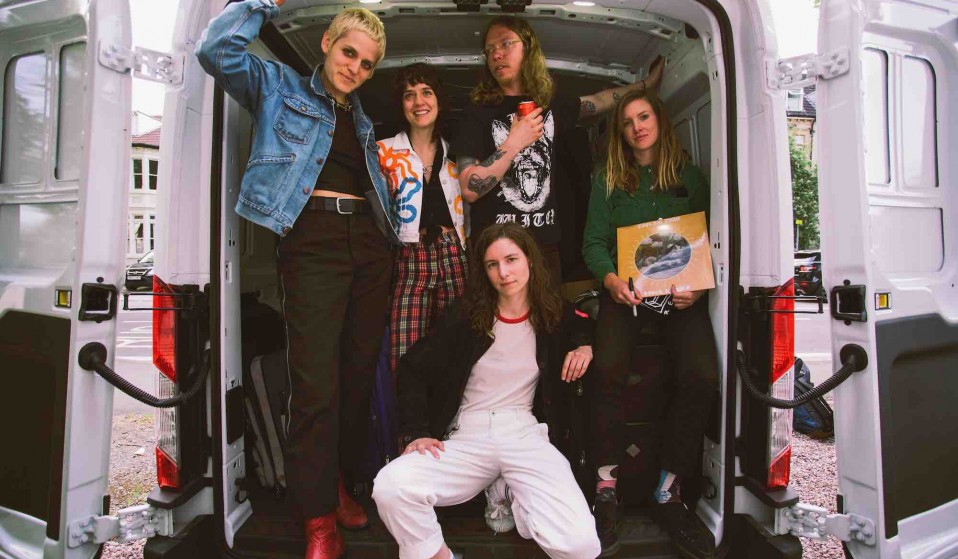 After feeling constricted by life in his old 9-5, Alex Studer risked it all to launch Stolen Body Records. Now, what started as a DIY company has grown into a Bristolian institution.

After feeling constricted by life in his old 9-5, Alex Studer risked it all to launch Stolen Body Records. Now, what started as a DIY company has grown into a Bristolian institution.

Alex Studer was working in a car auction house when he decided to set up the independent label Stolen Body Records. Tired of the early starts and late nights, the then 26-year-old thought it was time to think about where his life was headed.

The label started in 2012 with a DIY approach – with money left over from his work and the sale of a car, Studer was able to fund the debut release, his band’s full length. That same DIY ethos has stayed with Stolen Body Records until this day: the label is run from Studer’s home, and orders are packed by his partner Suz (and the most important man on the label, his 3-year-old son Max). 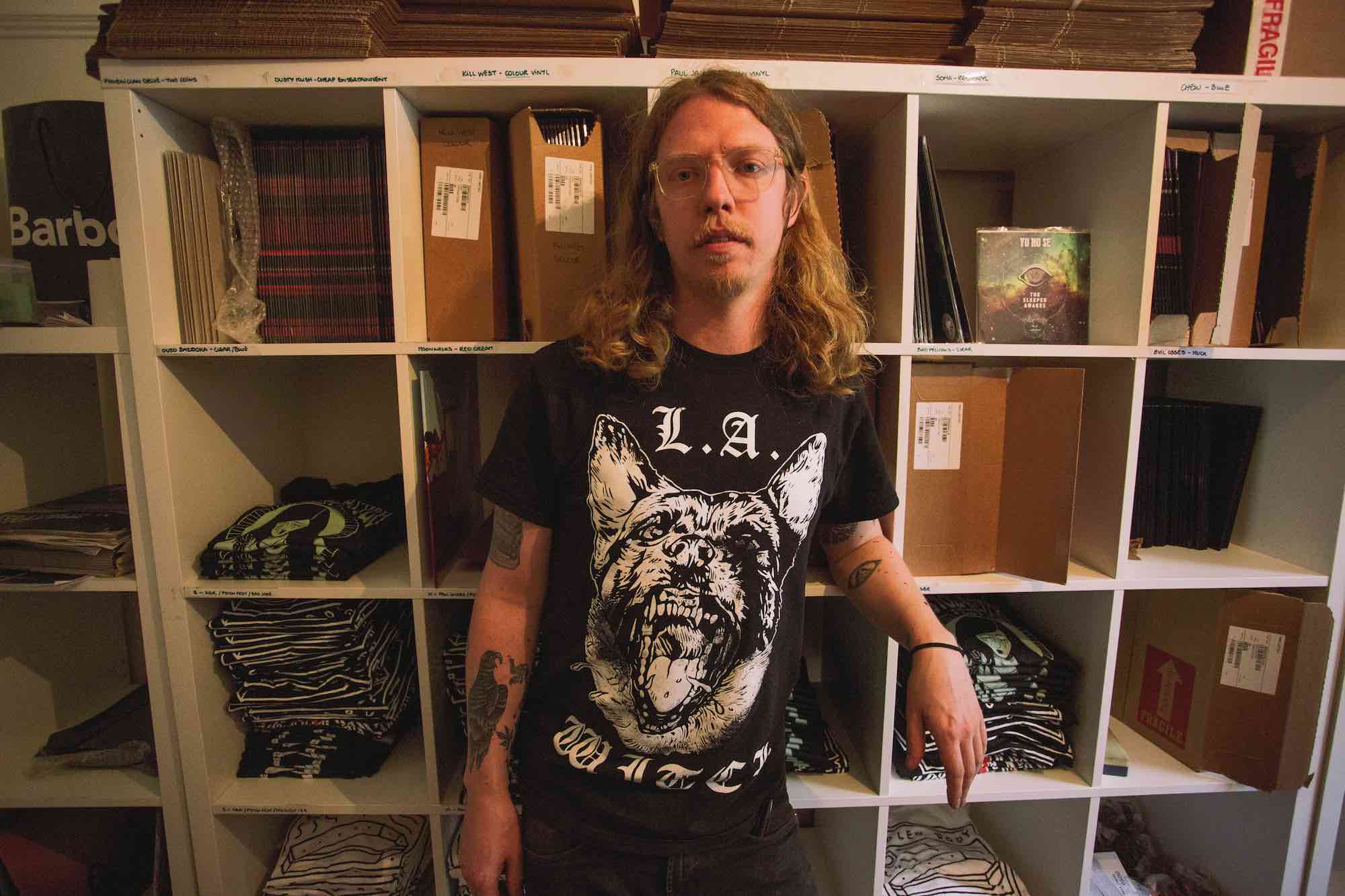 The company has always been labelled as psychedelic, but its roster is diverse and at times genre-bending. There are no set rules about what gets released. “I know what I like,” Studer says. “I can put a record on and it’ll take me sometimes no more than five seconds to realise it’s exactly what I want to release. I only release what I like, it’s not anything to do with what I might think will be a commercial hit. It’s entirely based on if I think it’s good.”

Despite being from Bristol, there are few Bristol bands on the label. The bands on the roster go as far afield as Detroit and Tel Aviv, and there are a lot of artists that Studer doesn’t meet before putting out their record. However, as it grows, the communication between the and his artists is becoming far more important. 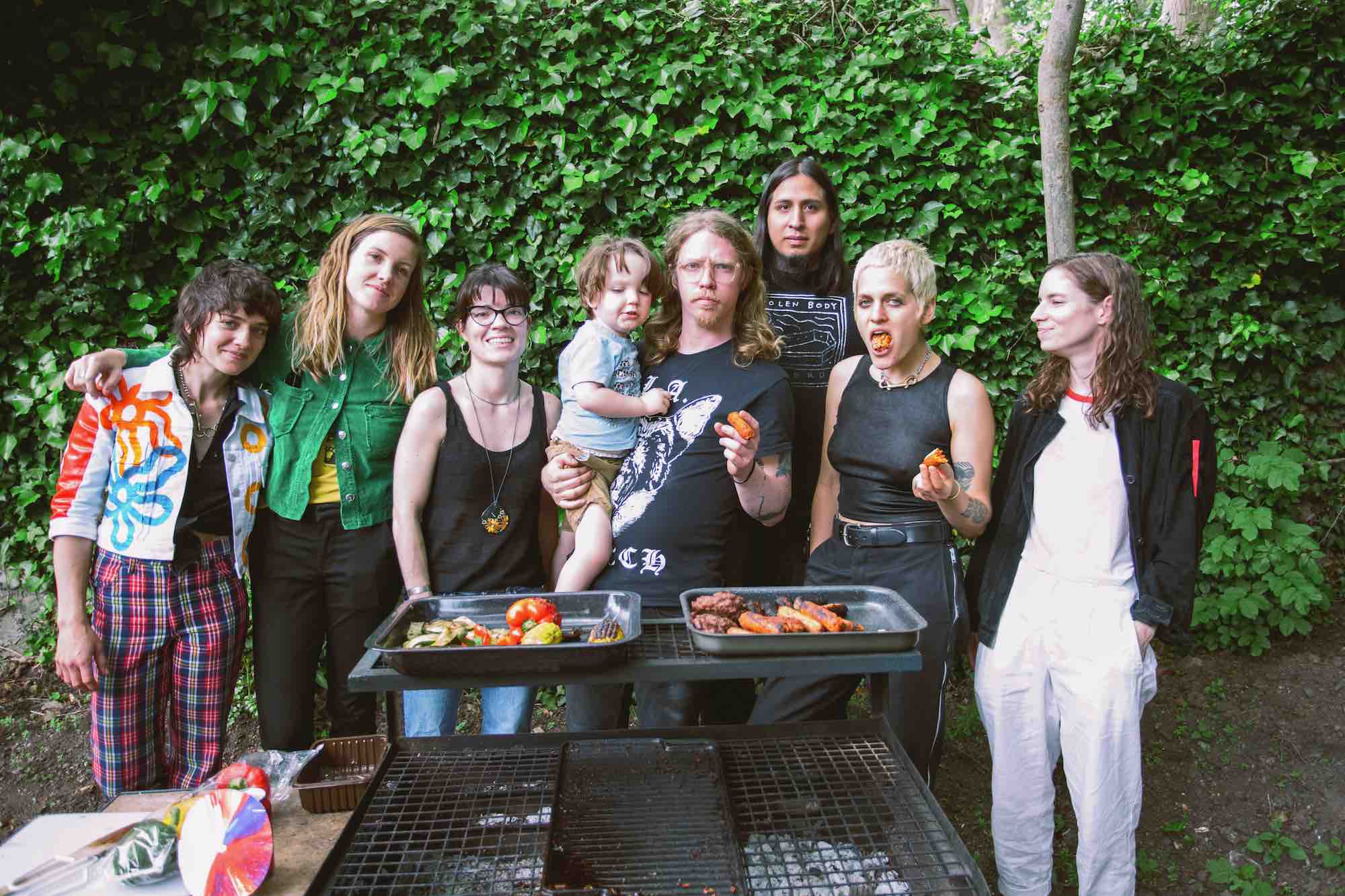 “There’s loads of people I haven’t met,” he explains. “Now I’m doing a lot more meeting, maybe having a Skype call. I released a record by Heaters and had never met them, but it was a great record and they turned out to be really nice people. I think I’ve met everyone now, and I like to see them live if I can. Seeing a band live changes everything. Seeing that interaction with the crowd, you can see how much the music actually means to them.”

There’s a lot of hardship that comes with running an independent label and finance is a big issue, especially for a record not selling well, or a gig’s disappointing door numbers. “I feel that if it’s an empty show I’m more disappointed for the band, I feel like I’ve let them down,” Studer says, adding that the Stolen Body-arranged Bristol Psych Fest is the most strenuous. “It’s super stressful, organising a whole festival. It’s all in my head and I’ve got to figure everything out – I want to make the festival the kind of place that I’d want to play.”

Now in it’s fifth year, the Bristol Psych Fest is bigger than ever. The capacity has upgraded and the line up is impressive. “There’s no point in doing something if you’re not willing to make it better and bigger.” 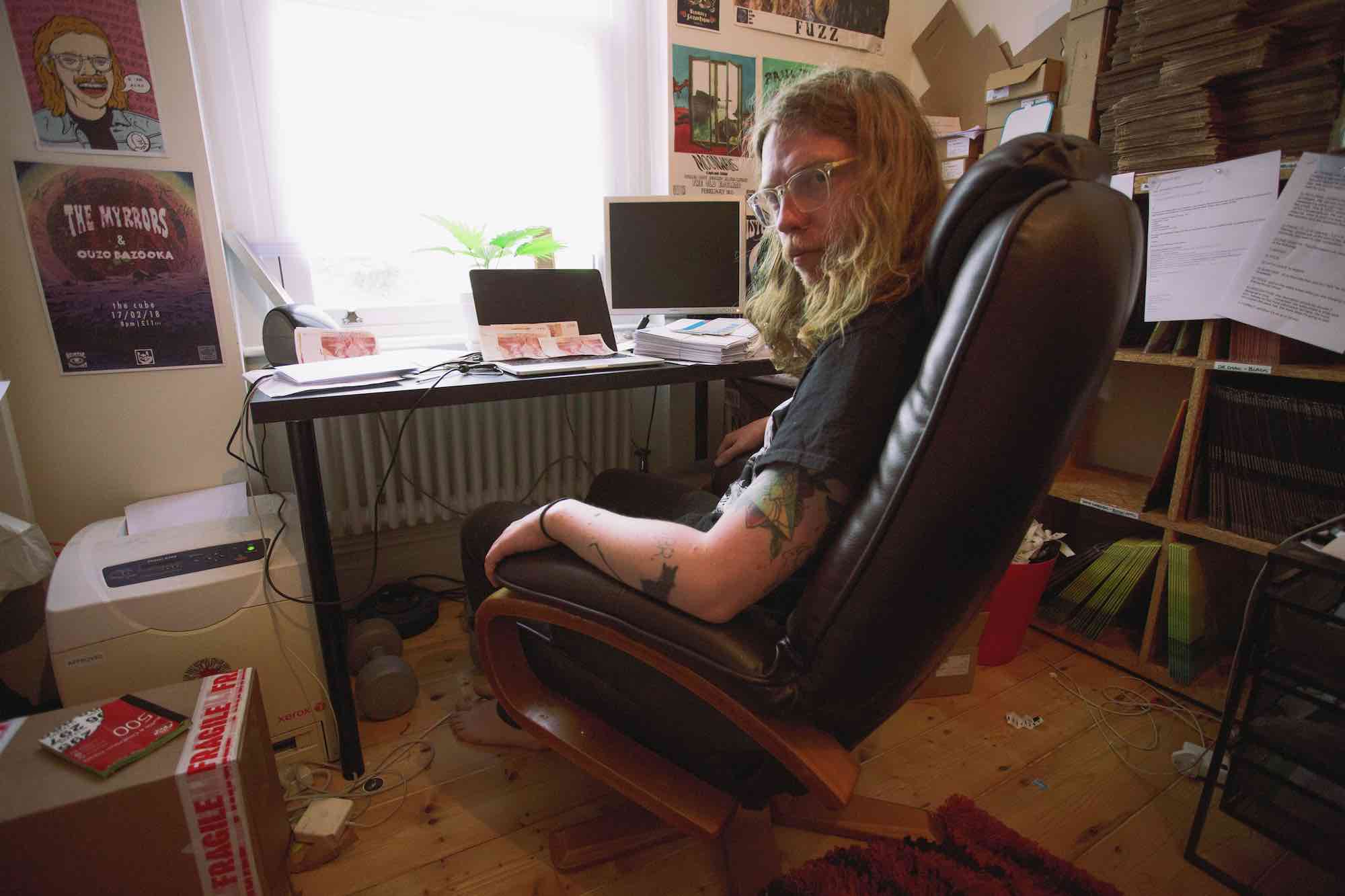 HOW TO BUILD YOUR OWN MUSIC EMPIRE

“It takes a while for any business to grow. The music industry is a very easy one to get into, but a very hard one to get noticed in. At the beginning, I thought getting 250 records per release wasn’t that many – but I quickly realised shifting that many records takes a lot of work. We still get the same amount made, but they shift a lot faster because people now know the label.”

Do it because you love it

“My main aim from the very beginning was to only release music that I love. Obviously, I aim to make money so that it can keep existing, but I never want to sell something I don’t believe in. I don’t want to lose my integrity by releasing something just because I know it will sell. There are enough big labels doing that and ruining music.”

Get out and about

“I spend most of my time behind my computer so it seems strange to say it, but your audience is out there at shows, festivals, and record shops. You need to get out there and promote the label. Talk to people, put on shows for your bands, and get people in your local scene to know and support you. I never aimed to be solely a Bristol label, but I understand the importance of building a scene around my home.”

Don’t take on too much

“It’s easier said than done. I find myself swamped a lot of the time. One main thing is running Bristol Psych Fest and making it bigger every year. I am getting help with it next year as I don’t want either the label or festival to suffer because it’s too much for one guy. I also have a son and a partner that I’d like to spend time with! You need enough time per release on a label to make it work.”

Get some good PR

“It took me way too long to build contacts and get in with radio and magazines. It’s who you know. It’s hard – a lot of PR companies charge far too much for an independent label to afford, so you have to make sure you don’t overspend. Hit up any contacts you have and try your best to network when possible. Advertising is expensive, so starting up you get your advertising by having blogs and magazines review your release. Don’t get worried if no one reviews things, it’s a competitive market. Just keep at them!”

Learn more about Stolen Body Records on their official website.

Linkedin
RELATED ARTICLES
OTHER ARTICLES
Photographer Alice Mann reflects on capturing the camaraderie and discipline it takes to succeed in a highly-competitive sport.
As the role of the nuclear family is increasingly called into question, people are finding new ways to exist outside heterosexist norms.
From Brooklyn gang members, to Welsh miners and the residents of East Harlem, Bruce Davidson used his camera to shine a light on the most marginalised.
Photographer Yan Morvan revisits a radical moment in history, which saw the emergence of a fiercely-rebellious spirit among the UK‘s youth.
With abuse of call-centre staff on the rise, many are now speaking out about the hostility they’ve faced.
In Sheffield, food delivery drivers are fighting back against one of the giants of the gig economy.