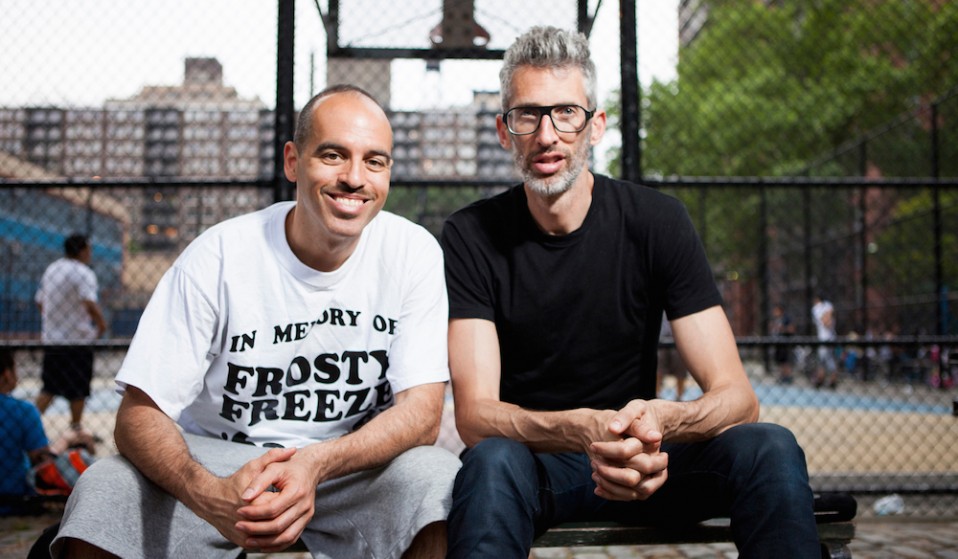 From Nas to Jay Z, some of the biggest rappers got their start on an underground radio show in the middle of the night. Now its story is finally getting the recognition it deserves.

From Nas to Jay Z, Eminem to Notorious B.I.G., some of the biggest rappers got their start on an independent, underground radio show in the middle of the night. Now its story is finally getting the recognition it deserves.

There’s a reason Eminem dreamed of getting on the Stretch & Bobbito Show. During an eight-year run in the 1990s, it became what Nas describes as “the most important hip hop show in the world”.

Robert Garcia (Bobbito) was a talent scout for label Def Jam, Adrian Bartos (Stretch Armstrong) was a DJ hunting for new sounds to play at gigs.

Using nothing but rickety equipment and their musical expertise, the pair developed a unique platform that would introduce future icons to the world.

Over 300 up-and-coming artists appeared on the Stretch & Bobbito Show, including Jay Z, the Wu-Tang Clan, Nas, Busta Rhymes, Eminem, Fat Joe, the Fugees, Big Pun, DMX and a 16-year-old Biggie Smalls – names who have generated hundreds of millions in record sales between them.

Capturing the show on cassette became a ritual for the show’s loyal following. You had to stay up late, with blank tapes at the ready, primed to catch moments that would never be repeated.

If you missed it, fell asleep or just couldn’t flip the cassette quick enough, you had to do whatever you could to find another copy. The demand for Stretch & Bobbito mixtapes grew so intense that even Busta Rhymes began selling them among peers.

Now the story has been preserved in the documentary Stretch and Bobbito: Radio That Changed Lives, which is directed by Bobbito and co-produced by Stretch. Ahead of its release, Huck spoke to the pair separately, bringing their answers together here.

There’s a long tradition of rappers appearing on radio and dropping rhymes that seem like freestyles, but which have already been recorded. Your show show wasn’t like that at all. Why?

Bobbito: Our show was different in that it wasn’t like people stopped by on their promo tour. We were a home for artists to express themselves, whether they were unsigned, in-between albums or never-to-be-signed. We had artists appear our show who had no interest in putting out records – they just wanted to rhyme for the joy of it. I think that’s what set us apart.

Something that me and Stretch only realised when we made this film was that the majority of rhymes kicked on our show were never released afterwards. 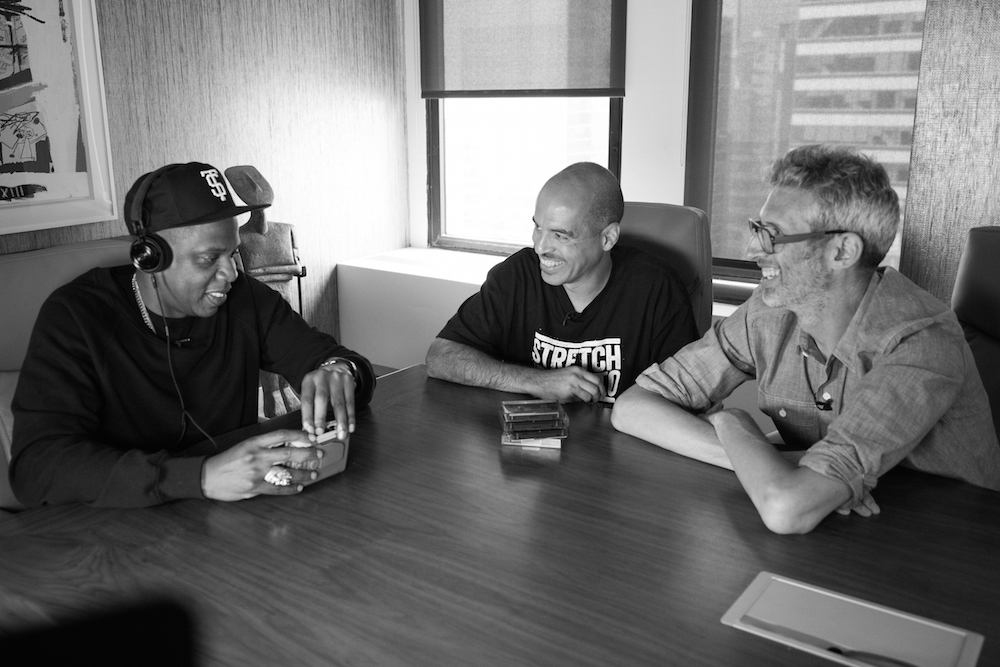 What do you think made the ’90s such an important time in hip hop?

Stretch: You’re talking about an era when sampling laws were still getting figured out and if you ran an independent or small label, you didn’t have to worry about clearing them. That gave producers free reign to make some of the best beats ever made without having to rely on cheesy keyboards. There were people like Marley [Marl], Pete [Rock], then [DJ] Premier, Buckwild and Q-Tip making incredible shit. Then you had great MCs being inspired by that music, so it was like a feedback loop that led to a really fertile time.

I feel like the bar was set so high in the ’90s that even the best lyricists now are still trying to reach that level. Every cultural movement has a predictable arc, whether it’s painting or music or whatever: it’s born, reaches a peak and then it falls. Hip hop peaked creatively in the ’90s, but not commercially.

It has a much bigger audience now, so whether you’re new or a legacy artist you can tour the world and make a living from this in a way that may have been more challenging before. But don’t get it twisted: I don’t think that the music is as inspired or inspiring as it was back in the day. 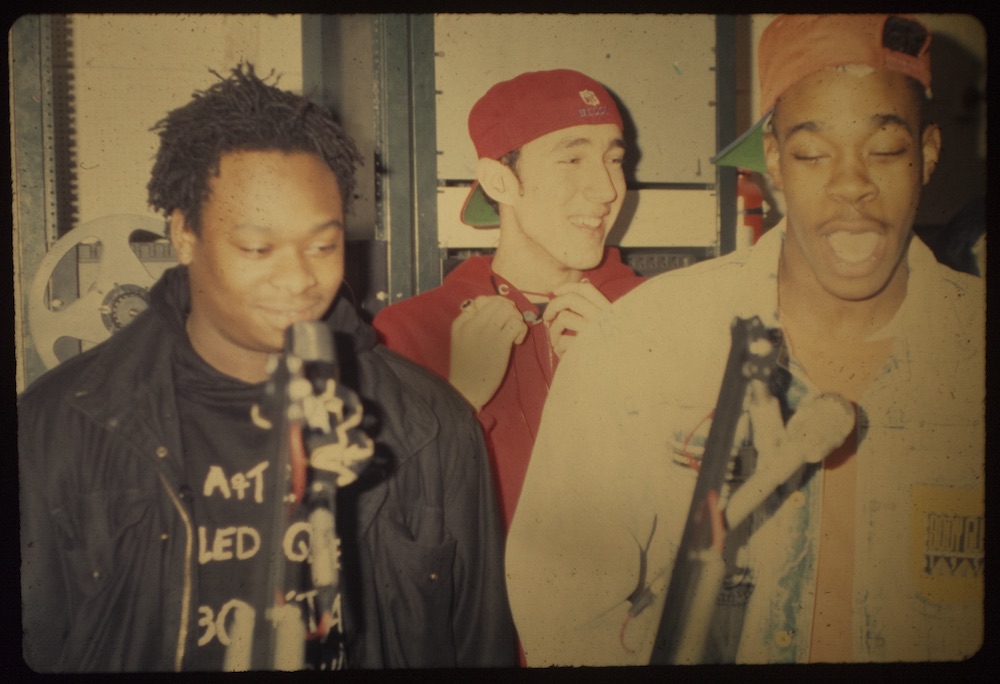 Bobbito: No one really knew the ceiling that rap could reach in terms of music being monetised at the time. If an artist sold 500,000 records then the label, management and audience were happy. By the mid-90s, [reaching] Gold [status] became like a failure in the industry’s eyes.

For Stretch and I, our audience were loyal, die-hard fans. We never cared if anyone got signed or sold records. We just care about who sounded dope. It was a pure meritocracy. From ’86 to until about ’93 or ’94, pretty much the most talented artists sold the most records. You don’t find that in most genres.
https://youtu.be/4lHwQa68HIo
What was the hardest part of turning this story into a film?

Bobbito: Stretch and I parted ways in ’98, so we had to chase each other and discuss that on camera in a manner we never had before. We had just moved on from it at the time and, after some space, became friends again. That made the editing tough: we had to make sure that we each told our part fairly, so Stretch was part of it every step of the way.

He understood that to tell the story honestly there would be things both of us would feel uncomfortable with but which required transparency. Otherwise it would just be fluff. There has to be a deeper story than Busta Rhymes or someone saying, ‘Yo, I owe my career to you!’ And we achieved that. 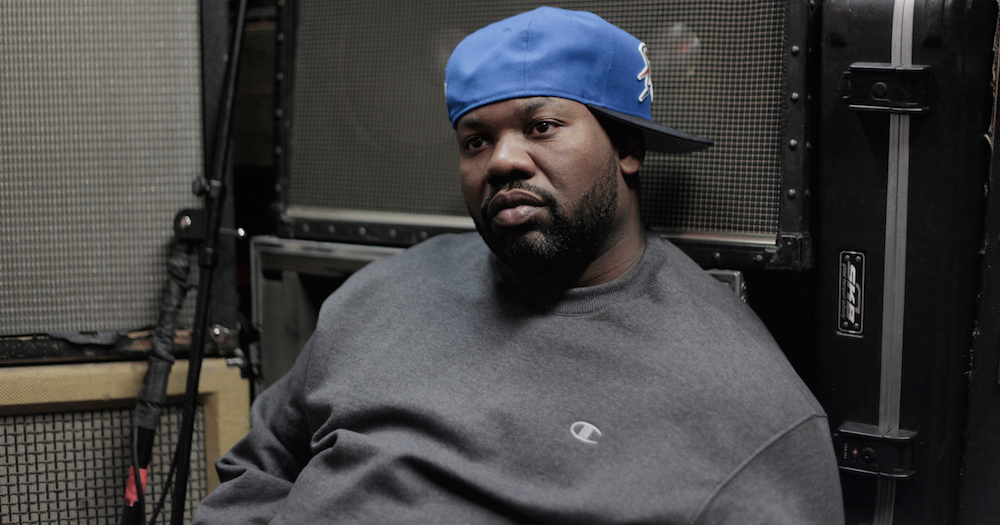 Was there anything you learned about each other that changed your perspective along the way?

Stretch: What’s interesting is that we kind of get stuck in our own heads. I think, in hindsight, I was looking at the show wrong. When things started going south between me and Bob, I felt like, ‘This guy doesn’t have to setup turntables and work to keep the music going from one to five; he doesn’t have to hustle all week to get music the way I do. Look at this guy! It’s two in the morning, I’m DJing and he’s lying on the console, catching up on sleep.’ [laughs]

That would be me getting a little bit salty. But we both discovered a lot about each other through making the film that may have altered our perspectives. He learned about what I’d done outside of radio, whether it was records I made or artists I’d signed, places I’d been or even things about my childhood. 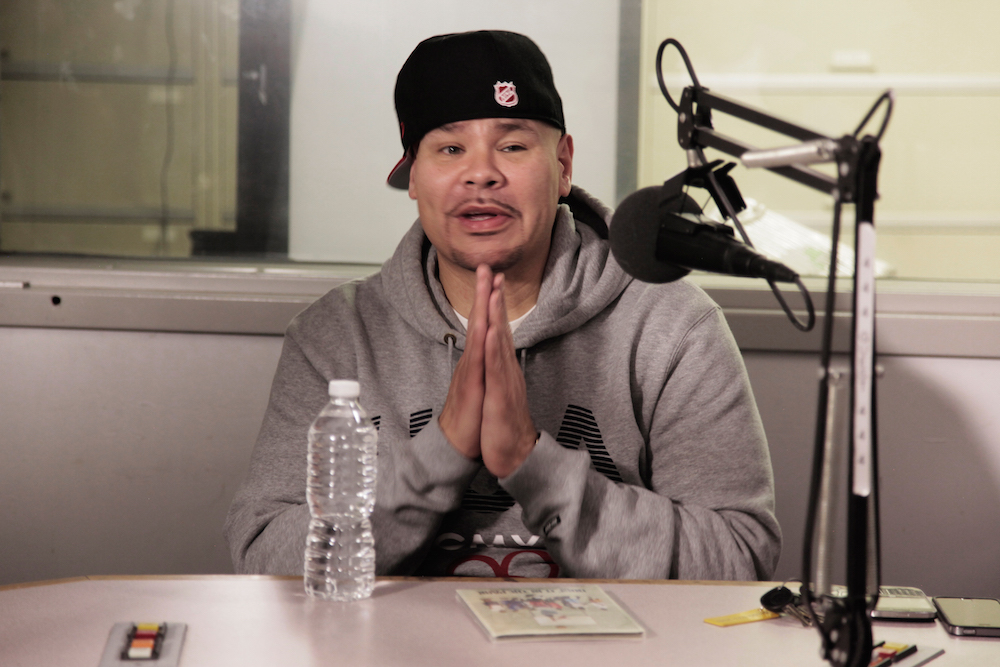 What I’d forgotten about was how vital a role Bob had played in getting the show off the ground. He was working as a promotional director at Def Jam so he had access to the industry and really spread the gospel of our show to other radio DJs, creating awareness outside of New York.

One of the hallmarks of our show was the fact that despite being an underground, underproduced and done-on-sweat-equity show in the middle of the night – people still knew about it all over the world. A lot of that had to do with the seeds Bob planted. For a little while, I felt like I didn’t get enough credit but I don’t feel like that at all now.

The show meant a lot of different things to different people. And I love that about it. There were future juggernauts alongside left-of-centre artists who were maybe a bit too experimental. But the value was in supporting experimentation because, without that, hip hop wouldn’t exist. 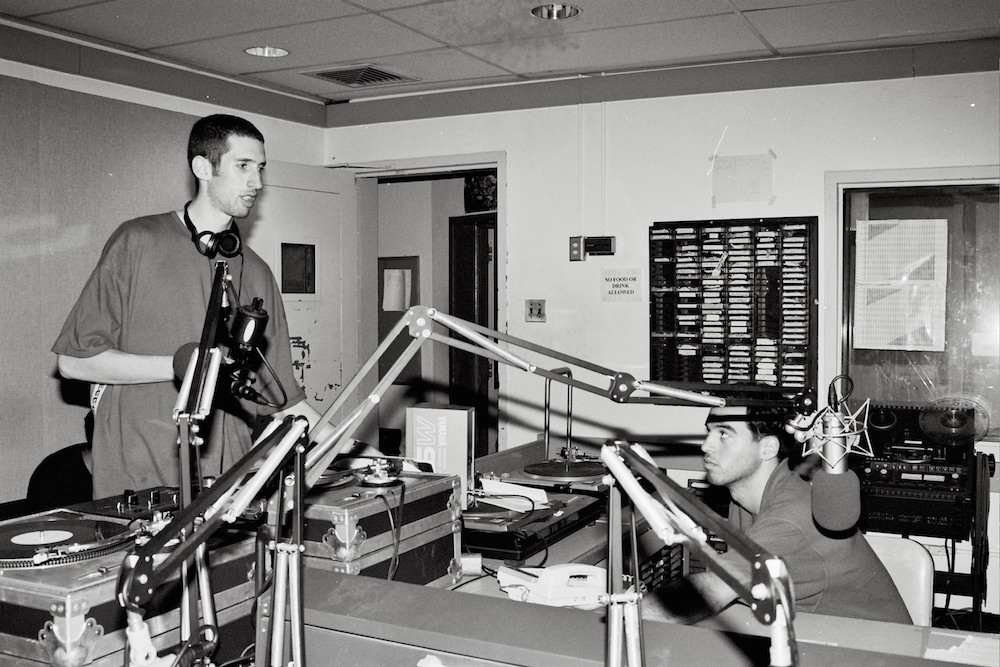 Bobbito: Ason first came on our show with Prince Rakeem, who later became known as the Rza. This was back in 1991. Stretch and I were struck – struck! – by Ason immediately, rhyming over the breakbeat ‘UFO’ [by ESG]. He was just so different from anything that was out there. We adored his presence and he was a faithful caller to the show, even calling from a payphone to freestyle. He just loved the craft… and was very peculiar, to say the least. [laughs]

We were a college radio station with no security, so we basically had to police behaviour ourselves. Stretch reminded me of how, one night, I was on the mic and Ol’ Dirty had a 40 ounce. I told him, ‘Yo, you can’t drink that in the station. We’ll get kicked off the air.’ He said, ‘Oh, okay. No problem!’ and then ducked underneath the table, where the mics are, to sip the 40 from there. [laughs] Like a five-year-old! 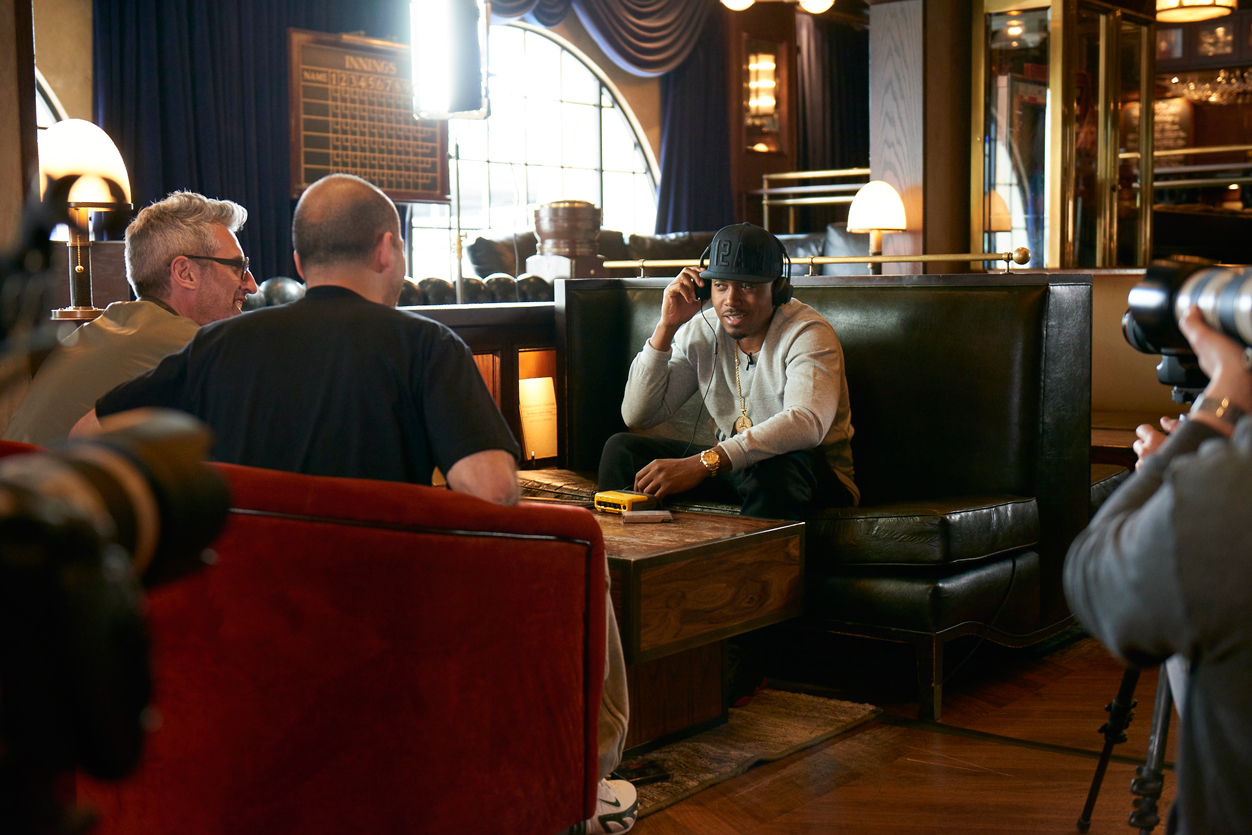 Of all those artists who went on to become juggernauts, were there any that you didn’t see coming?

Stretch: It’s funny because Jay Z was so arrogant when he came up the first time. It was like, ‘Who is this guy? He doesn’t even have a record.’ In hindsight, we get it. He had a vision of his success and knew where he was going. But I gotta say, Jay Z’s success still surprised me because he got better with time.

Whereas someone like Nas, I knew from the moment I heard him that he was one of the greatest ever. Period. Done. It’s a wrap. With Jay Z, it was a fermentation process… like, ‘Oh, that’s kind of dope. Oh! He killed that. Yo! This guy is ill.’

Of course there were some artists we thought would have more success, like O.C. – who is one of our favourites. All we wanted was to have a dope mixtape the next day, whether you were on Def Jam or living with your mother. It didn’t matter. 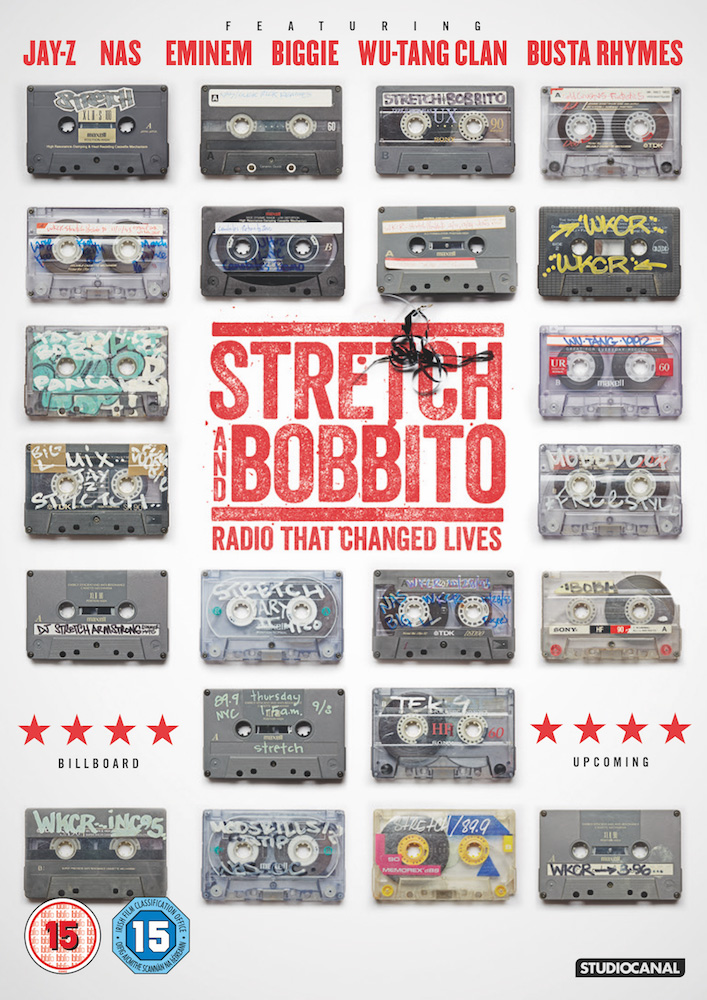 Stretch and Bobbito: Radio That Changed Lives is released as a digital download on 24 October from STUDIOCANAL.

Linkedin
RELATED ARTICLES
OTHER ARTICLES
As the Scottish government announces a rent freeze, an activist with Living Rent who fought and won shares how they did it, and what must come next.
Birdy Chu reflects on documenting the historic moment in which the territory was formally passed back from the UK to China.
The workforce is now gearing up for industrial action after receiving a measly pay rise, reports Ella Glover.
Ahead of the release of their first collaborative album, the producer and rapper talk psychedelics and the state of UK hip hop.
By turning a real-life crisis into daytime television fodder, TV bosses have once again shown themselves to be completely out of touch with audiences.
For over a decade, gamblers have won big by employing people to place live bets from the court. But does this dubious method still work?