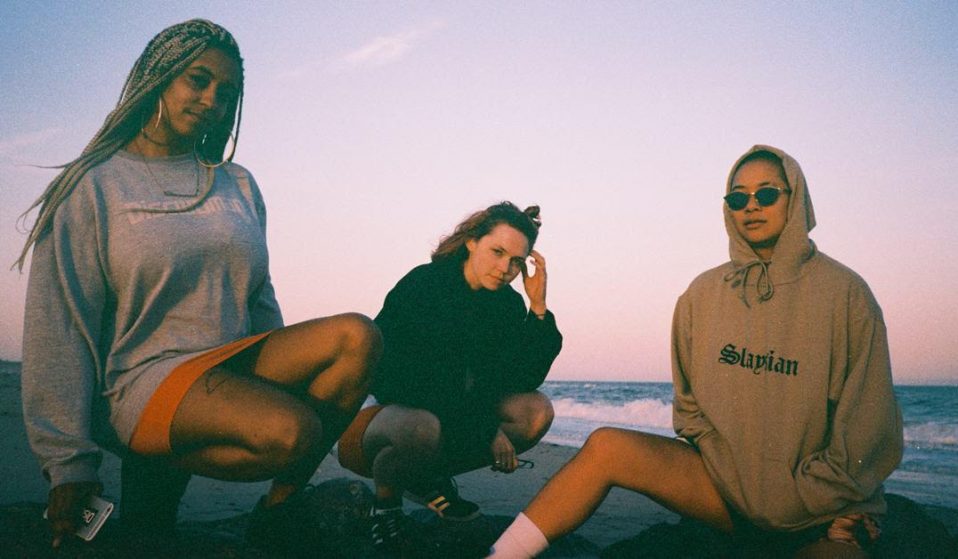 Ahead of Discwoman’s Concrete Lates show at London’s Southbank Centre, we speak to the women-led collectives fighting for a safer, more representative nightlife.

We speak to the women-led collectives fighting for a safer, more representative nightlife – from the groups working to create “fun, welcoming” club spaces, to those championing the support of marginalised talent.

Dancefloors can be scary, unwelcoming places. By now, it’s no secret that the electronic music industry is plagued by sexism and inequality, while reports of harassment at shows and festivals are all too commonplace.

However, music and events collectives such as SIREN, Resis’dance and Discwoman are doing vital work to redress the balance. Prioritising spaces for marginalised artists and seeking to create a safer nightlife for all, the female-led networks are employing measures that range from offering free DJ workshops to the underrepresented, to throwing high energy ‘fundravers’ across the world.

“We don’t expect cis straight men to treat womxn and non-binary folks respectfully, because a lot of the time, they just don’t,” says SIREN, a London-based crew of five who speak as a collective.

“Having to fight men over emails is really tiring,” adds Discwoman co-founder Frankie Decaiza Hutchinson, referring to the challenges they face. “I’m super triggered by the way men speak down to women, so whenever I get a whiff of that it’s hard for me to calm down.”

On Thursday, 30th August, Discwoman will take over the South Bank Centre’s Queen Elizabeth Hall for a special Concrete Lates, featuring the likes of Umfang, Shyboi, Peach and Kamixlo behind the decks.

Ahead of the event, Huck caught up with Discwoman to get the lowdown on their work, while chatting to SIREN, Resis’dance and other activist sxsterhoods about their battles for inclusivity and hopes for the future of club culture.

“Personally, I’m most proud of us creating a self-sustaining artist agency from scratch,” says Hutchinson. The agency currently has 13 artists on its roster, from recent signee Bonaventure to KUNQ# member Shyboi. “They’ve all achieved so much and we all get along so well – it’s so nice. [We are] such a family, I love this part of it.”

Founded by Hutchinson, along with Emma Burgess-Olson (aka Umfang) and Christine McCharen-Tran, the Discwoman approach to business has always been “chameleon-like,” though the group’s original aims have remained untouched. “Our drive to make spaces for marginalised artists is the same, however our strategies have shifted.”

Discwoman platforms cis, trans and genderqueer talent in electronic music through its mix series and live events, booking DJs at bigger venues to increase visibility. Since starting out as a two-day event in NYC, the collective has put on events in over 15 cities and worked with over 250 producers. Their hopes for the future of dance music? “That we can all dance in unity,” says Hutchinson. “… No fuck that – that we dance and work with people that aren’t pricks and assholes.” 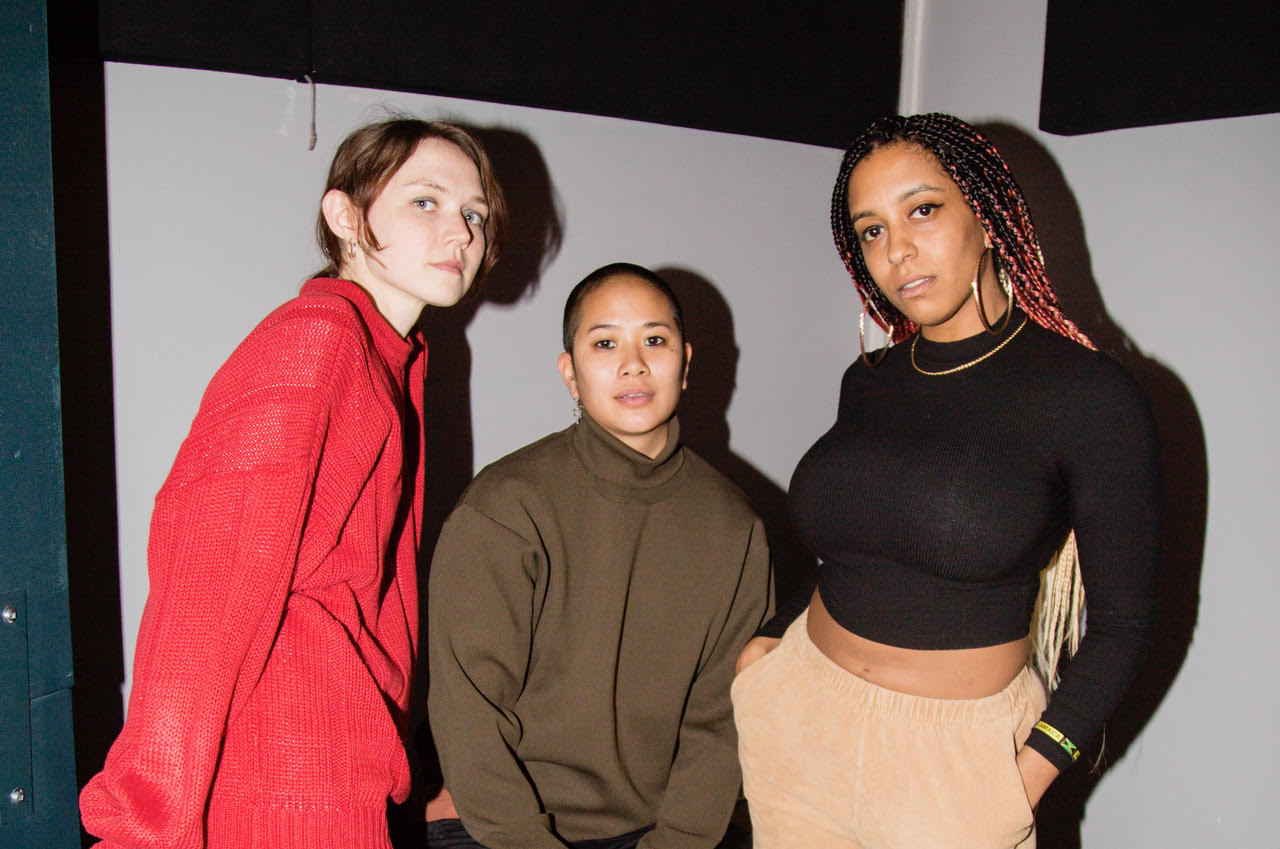 Room for Rebellion fight for abortion rights – via the dancefloor. As a sister group of the London-Irish Abortion Rights Campaign, the collective tirelessly campaigned to repeal the 8th amendment and have since raised £5k for abortion support and campaigns.

Based in London, Dublin and Belfast and comprising of founder Isis O’Regan, Hollie Boston, Jess Brien, Cáit Fahy and Anna Cafolla, Room for Rebellion host events that raise awareness on the “draconian laws that govern womxn’s bodies,” as well as raising funds for charities like Abortion Support Network, Alliance for Choice and the Together For Yes Campaign. Since launching in 2016, they have booked LuckyMe DJ Éclair Fifi and Lisbon favourite Violet – among others – to play at their parties, which work as synchronised events across all three aforementioned cities.

O’Regan suggests taking what she calls a holistic approach to tackling inclusivity and accountability. “Systemic racism and deep rooted patriarchal oppression needs to be omitted from society entirely. We can all do better.” 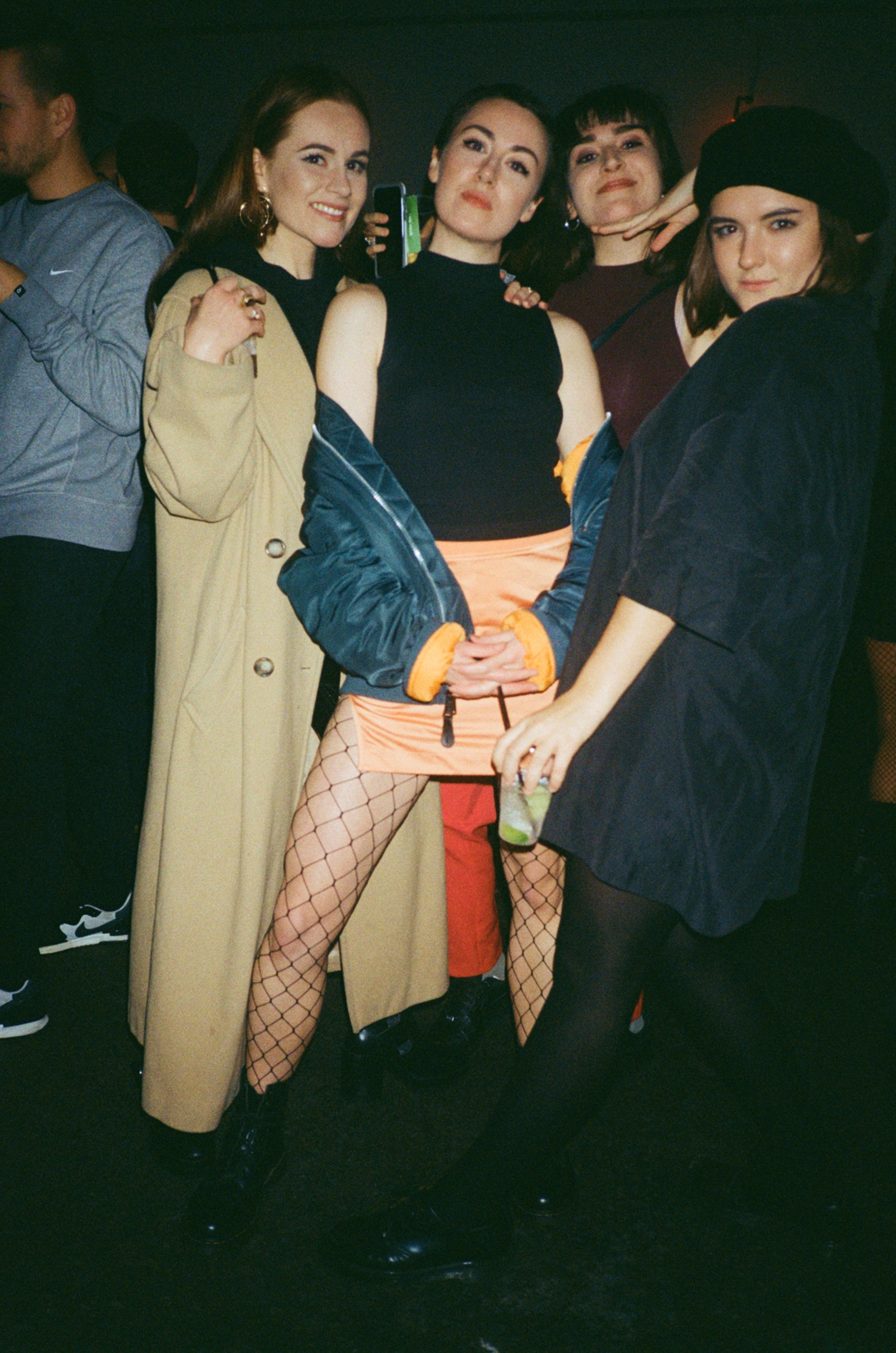 “Everyone in our friendship group has faced harassment in the nightclub scene,” says DJ and events collective Resis’dance, who, like SIREN, prefer to answer as a collective. The London-based crew first crossed paths at a house party three years ago. “One of our aims was to create a space where women can feel empowered to organise together, creating an affinity with music and politics on the dance floor – and that’s exactly what we did.”

Resis’dance wants to challenge gender norms in the music industry and is doing this in a number of ways: from building “political affinity” on the dancefloor with likeminded groups, to organising regular and accessible training that includes both DJ and safer spaces workshops. Next month, the collective will host a workshop aimed at empowering women and non-binary people on the dancefloor using the Theatre of the Oppressed techniques at London’s Somerset House Studios.

“We hope to see an increase in female and non-binary DJs being booked for bigger lineups, have more visibility, have more platforms that will give us the opportunity to create this awareness and represent ourselves.”

SIREN was formed out of a desire “to make nightlife and electronic music accessible to all, especially those who are marginalised by society.” Frustrated by the limitations of London’s increasingly “sanitised” nightlife scene – responsible for making so many spaces unwelcoming for marginalised identities – the five-person-strong collective is taking matters into its own hands. “We want to create fun, welcoming dancefloors,” they tell Huck.

Alongside putting on parties, SIREN – who have four members DJing under the name SIREN DJs – run an online platform, publish a zine and host workshops. Though they admit that their ethos is often in a state of flux and that they’re always learning “how to do things better”, it’s part of what makes them work so well.

“We do hope that people are accepting of the fact that we are not spokespeople, we are just a group of friends wishing to make one of many alternatives to the nightlife and arts scenes in London.” 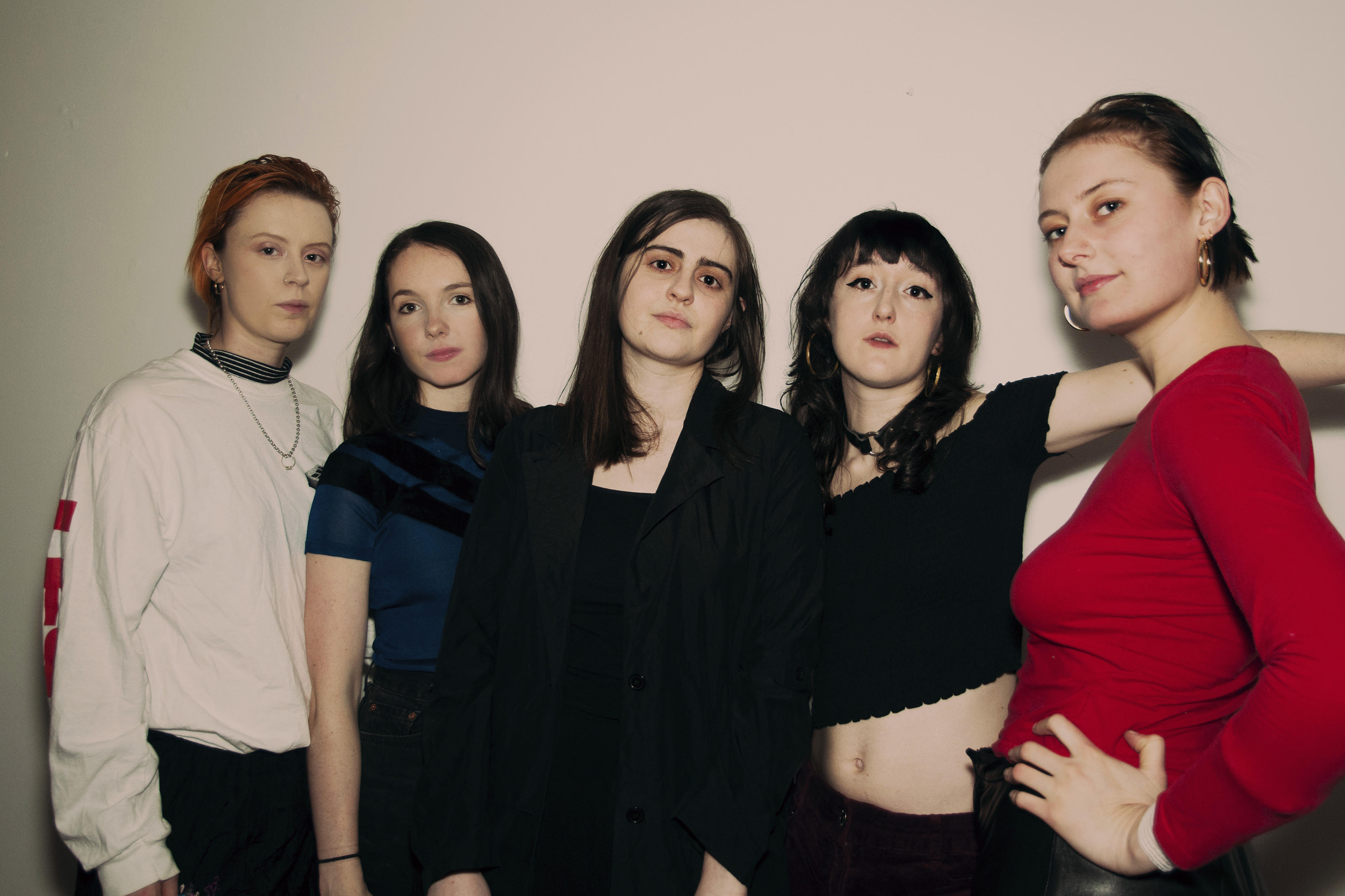 For SISTER’s creative director Lenora Thornton, the onus for change extends far beyond the DJ. “Hire women, non-binary, queer and POC creators to run your sound or lighting board, to develop your website, to manage your artists, to be your agent, to design your album artwork, to repair your synth, to mixdown your EP, to run your venue.”

With its origins in a small, private Facebook group – initially set up by Swedish artist TOXE to provide an online space in which women and non-binary DJs and producers could connect – SISTER rapidly expanded its reach to include promoters, engineers, managers and others. The URL group soon evolved into IRL meet-ups, as well as a Soundcloud-based mix series featuring members.

SISTER’s members-only group is now made up of over 1,900+ women and gender non-conforming electronic music professionals and enthusiasts across the world. Thornton’s dreams for the future include fair pay for all creators and cultural workers. “I want everyone to continue raising up the voices of queer or non-binary individuals, and people of colour, and appreciating their myriad of historical contributions to music,” she adds. 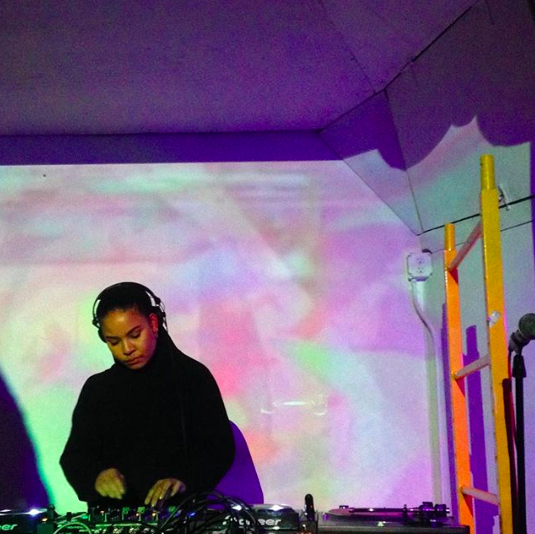 Linkedin
RELATED ARTICLES
OTHER ARTICLES
Following the announcement of an 80% hike in the energy price cap from 1st October, crowds gathered outside the offices of energy regulator Ofgem to protest and declare their intention to undertake a payment strike.
Birdy Chu reflects on documenting the historic moment in which the territory was formally passed back from the UK to China.
Photographer David Corio’s archive offers a glimpse inside a revolutionary era of music and nightlife.
Yesterday thousands gathered outside Buckingham Palace after news of the Queen’s death broke.
The idea that a younger generation is abandoning work has become a popular narrative online, but it doesn’t necessarily reflect reality.
For over a decade, gamblers have won big by employing people to place live bets from the court. But does this dubious method still work?