News & Politics / Activism / This Syrian rapper risked everything for freedom. Now he wants the world to listen 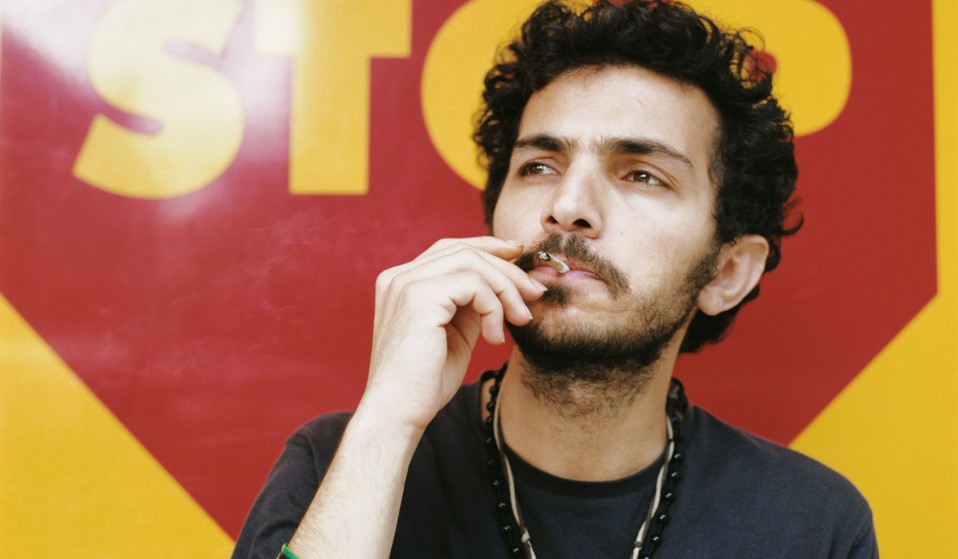 Mohammad Abu Hajar is a political musician who wore out his welcome in Syria. But in Berlin, the right to exist poses a new set of challenges.

In his homeland of Syria, Mohammad Abu Hajar is considered a fugitive – a political musician who wore out his welcome. But in Berlin, where he lives in exile, the right to exist poses a new set of challenges.

Thirty-year-old Mohammad Abu Hajar has lived in five different countries – and not always by choice.

The first move came in 1990, at the age of three, when war forced his Syrian family to leave Kuwait and resettle in their homeland. He grew up in the northern city of Tartous, going to school and taking piano lessons under Assad’s police state: a political climate where one cannot criticise the regime, only contend with the status quo.

Over time, Mohammad found an outlet for his frustrations through hip hop – something he didn’t even like initially. “I thought it was just shitty American music only concerned with promoting drug use,” he says now. 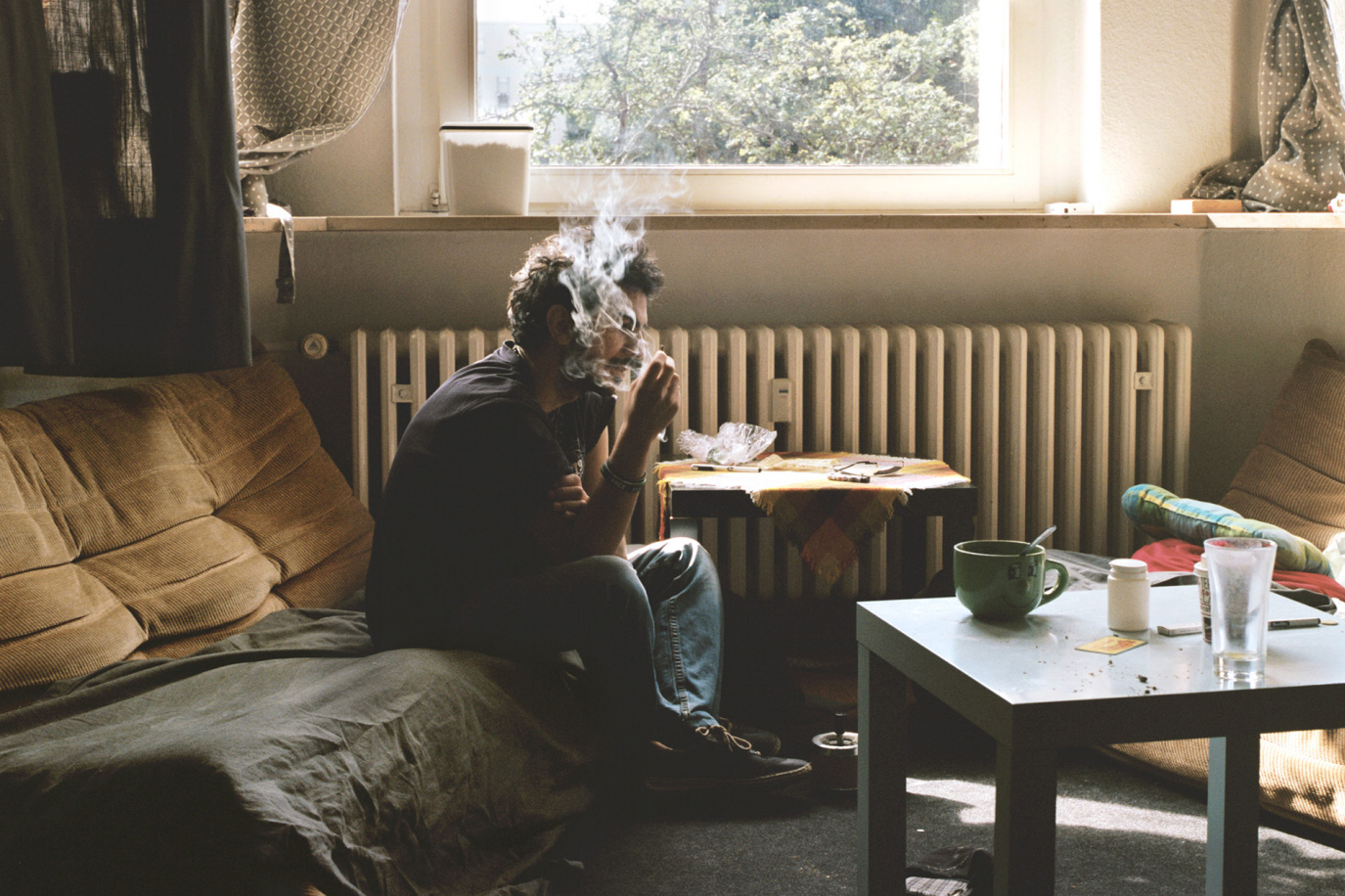 Once the internet arrived in Syria, around 2001, Mohammad heard hip hop activist Immortal Technique rhyme about Palestine and realised rap could be an agent for social awareness.

As internet cafés began to sprout, he’d often spend afternoons in them surfing for music, connecting with others online. Eventually Mohammad decided to make a track of his own – ‘Hakawati el-Hara’, about the US invasion of Iraq – beginning a winding musical journey that would take him to Germany.

It’s a mild day in Berlin and Mohammad is sitting on a yellow couch in the bedroom of a flat he shares with three others, wearing a black wristband with the words ‘Free Syria’ inscribed in white capital letters.

The afternoon sun beams through a large window, blending with a thick cloud of cigarette smoke to cast an orange shade across the room. We have been talking for three hours. First at a local café, where passers-by occasionally threw cautious glances as we chatted in Arabic.

Back at his flat, I couldn’t help asking to see the most valuable object he owns – something he’s held onto all the way from Tartous. He quickly flips open his wallet and produces a card from the Syrian Communist Party, which he enlisted in as a rebellious teen. 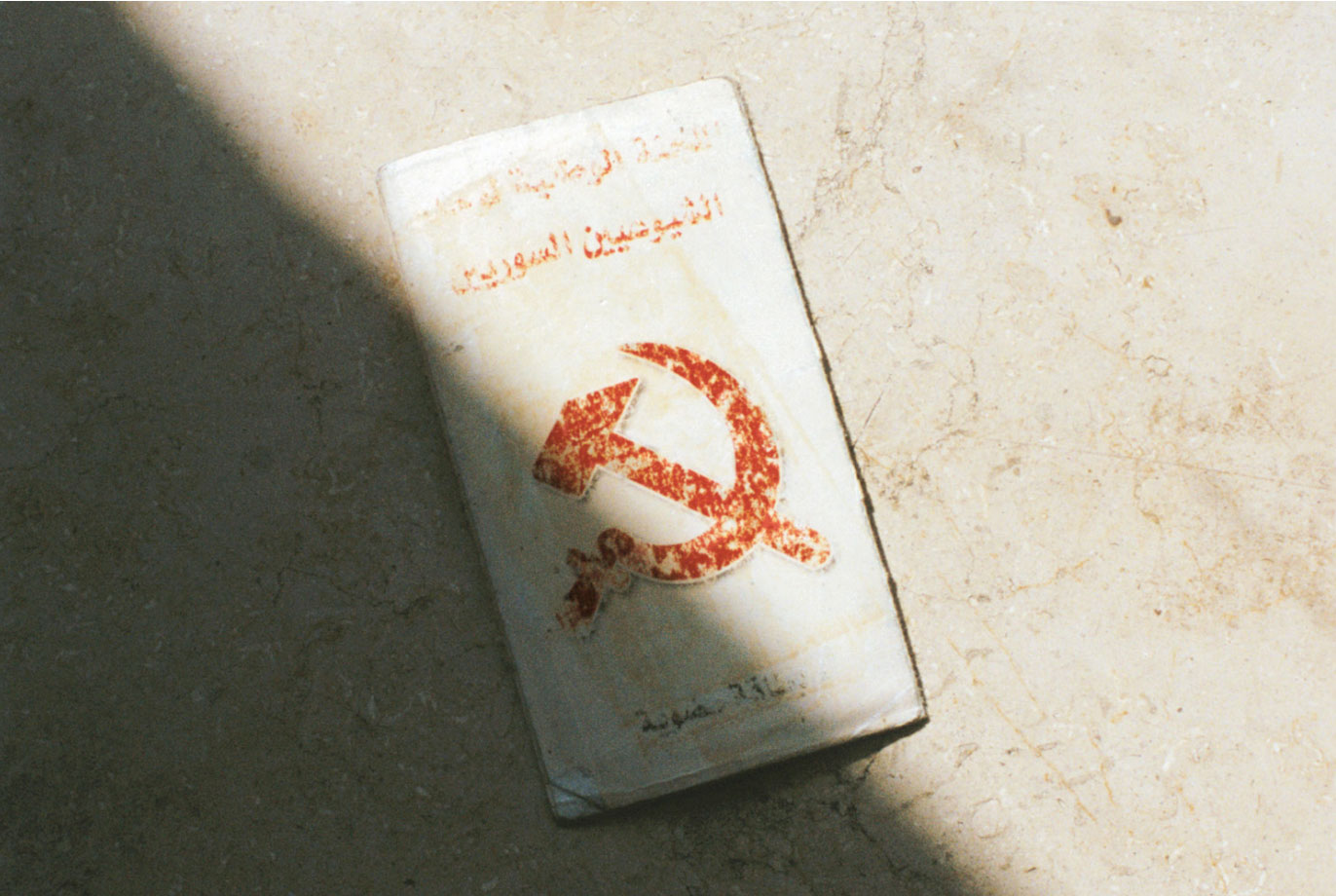 Back then, he founded a band called Mazzaj (the Arabic word for mood) with two friends he met online, Alaa Odeh and Hazem Zghaibe. The name is a tongue-in-cheek reference to critics who accused them of importing “American imperialist culture” into the Middle East.

“At first we tried explaining that rap originated in poor communities, that it wasn’t the oppressor’s music,” he says. “Rather, it was a tool for resistance used by the oppressed. Eventually we got tired of those conversations, so when people would go, ‘Why are you rapping instead of making oriental music?’ We’d answer, ‘mazzaj’. In other words, because we feel like it.”

While a lot of Mazzaj’s songs were heavy on political commentary, they were also keen to address issues such as honour crimes, interfaith marriages and macho culture. “I became more politically active in college,” he says. “That’s when I was arrested for distributing pamphlets critical of the regime on campus.”

Upon completing his degree in physics, Mohammad realised his interests lay elsewhere and went on to study political economics in Jordan. But when he returned to Syria, in 2012, the uprising was in its early stages and life began to feel increasingly uncertain.

“When the cops showed up at my door to arrest me over a song I had written I knew this wouldn’t end well,” he says. “I jumped the fence in the backyard and managed to lose them. I fled to Lebanon [Mohammad refuses to explain how] and from there, applied to do a master’s in Rome, thinking that by the time I’d graduate, the regime would be ousted, the uprising would be over and I could just go home. Two years later, when it was obvious there was no end in sight, I left Italy and sought asylum in Berlin.”

Once there, he decided to keep making music – just not about the refugee crisis. “I did not want to be reduced to an object of pity. I didn’t care for people asking me if I am happy in Germany. How the hell do you want me to be happy when my people back home are being massacred?”

Working as a project coordinator at an NGO, an environment that required shedding layers of himself under the guise of ‘adaptation’, new themes began to seep into his lyrics: overcoming the perception of refugees as lesser human beings – savages that need to be taught civility and manners.

Mohammad believes that successful integration stems from a mutual understanding of the other’s values, that there needs to be dialogue rather than an imposed set of rules.

Last year, the organisers of Berlin Biennial asked Mohammad to perform a song about refugees. Angry at the idea of being treated as a token, he decided to air his frustrations on his own terms.

“We are made to accept a system that expects us to join the workforce as employees – ones who will never rise above a certain level in a company setting – where we’ll always have to answer to a white man.” He sighs in frustration.

“When I get asked to stand for 13 hours in the cold to receive my papers, this is not integration. And we need to stop bullshitting ourselves into thinking it is.” His tone is stoic, defiant.

Although the past few years have taken an emotional toll, Mohammad is determined to resist the only way he knows how: through the music he makes.

“I’ve got nothing left to lose at this point… and I will not be intimidated into silence.”

Check out Mazzaj online or listen on Soundcloud.

Linkedin
RELATED ARTICLES
OTHER ARTICLES
From the queues outside to the last ones standing, Francesco Mellina’s new photo book follows a night that has gone down in the Northern-Soul history books.
In Sheffield, food delivery drivers are fighting back against one of the giants of the gig economy.
Hundreds gathered together to protest the policing bill by making as much of a racket as possible.
From Brooklyn gang members, to Welsh miners and the residents of East Harlem, Bruce Davidson used his camera to shine a light on the most marginalised.
As the role of the nuclear family is increasingly called into question, people are finding new ways to exist outside heterosexist norms.
Photographer Melanie Nissen recalls capturing the characters, fashions and rarefied chaos of a rapidly-expanding set of punk bands who helped to redefine the genre.