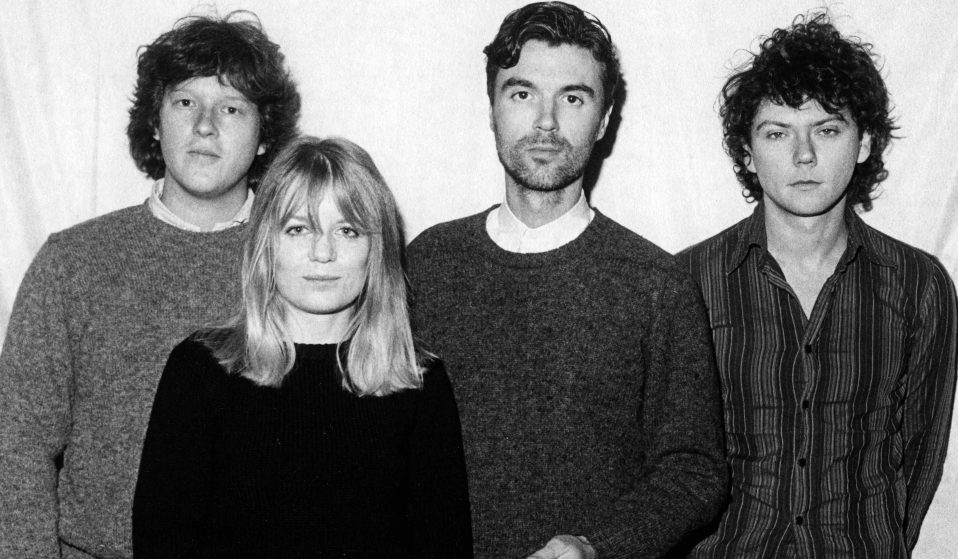 The former Talking Heads drummer discusses his new memoir, Remain In Love: a reflection on his formidable career, and the lifelong love affair that carried him through it.

The former Talking Heads drummer discusses his new memoir, Remain In Love: a reflection on his formidable career, and the lifelong love affair that carried him through it.

Frantz is recalling the time that he and his family – including wife and bandmate Tina Weymouth – were in Barbados to produce an album for the Happy Mondays. It was the group’s eagerly anticipated follow up to the Paul Oakenfold-produced Pills, Thrills and Bellyaches. “I got my first grey hairs making that record,” Frantz remembers, with a laugh. “Nobody told me Shaun Ryder had a problem with heroin at the time.”

The experience is seared in Frantz’s memory. He recalls Ryder smashing his methadone supply at the airport, and then smoking copious amounts of crack cocaine under the sun loungers. At the same time, his bandmate Bez was busy crashing jeeps and nearly killing himself. Needless to say, the band generally avoided making much in the way of music. “It’s a miracle we got an album out of that,” says Frantz. The resulting Yes Please is looked on a little more warmly now, but at the time was seen as something of a disaster album.

It’s a shame because the combination could have been potent. The Happy Mondays encapsulated the ecstasy-driven groove of ’90s England, a place where dance music and guitars aligned. Talking Heads arguably did a similar thing for ’80s New York: their inimitable concoction of art pop, post-punk, and African grooves merging worlds and styles to form a distinct rhythmic fury. 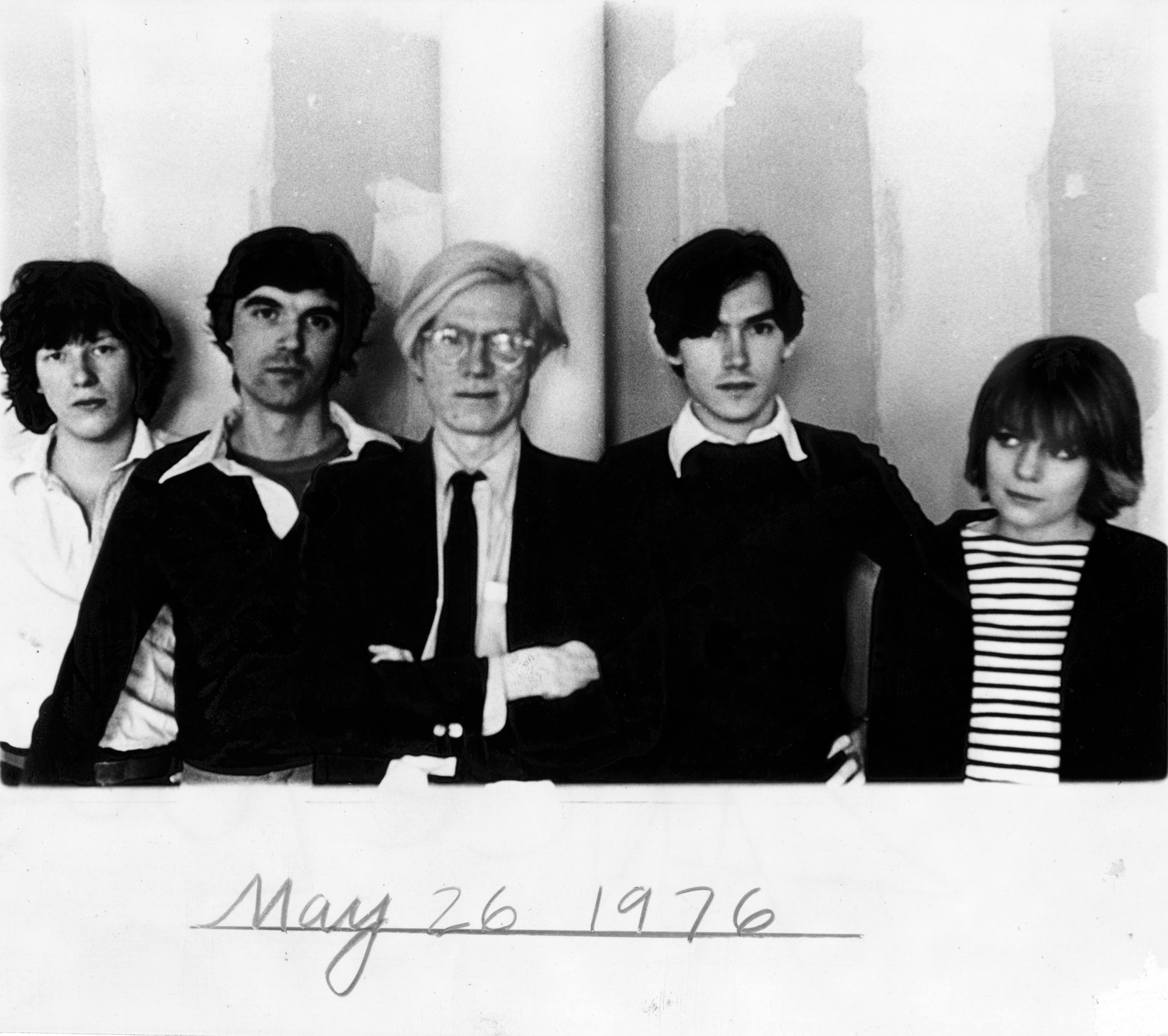 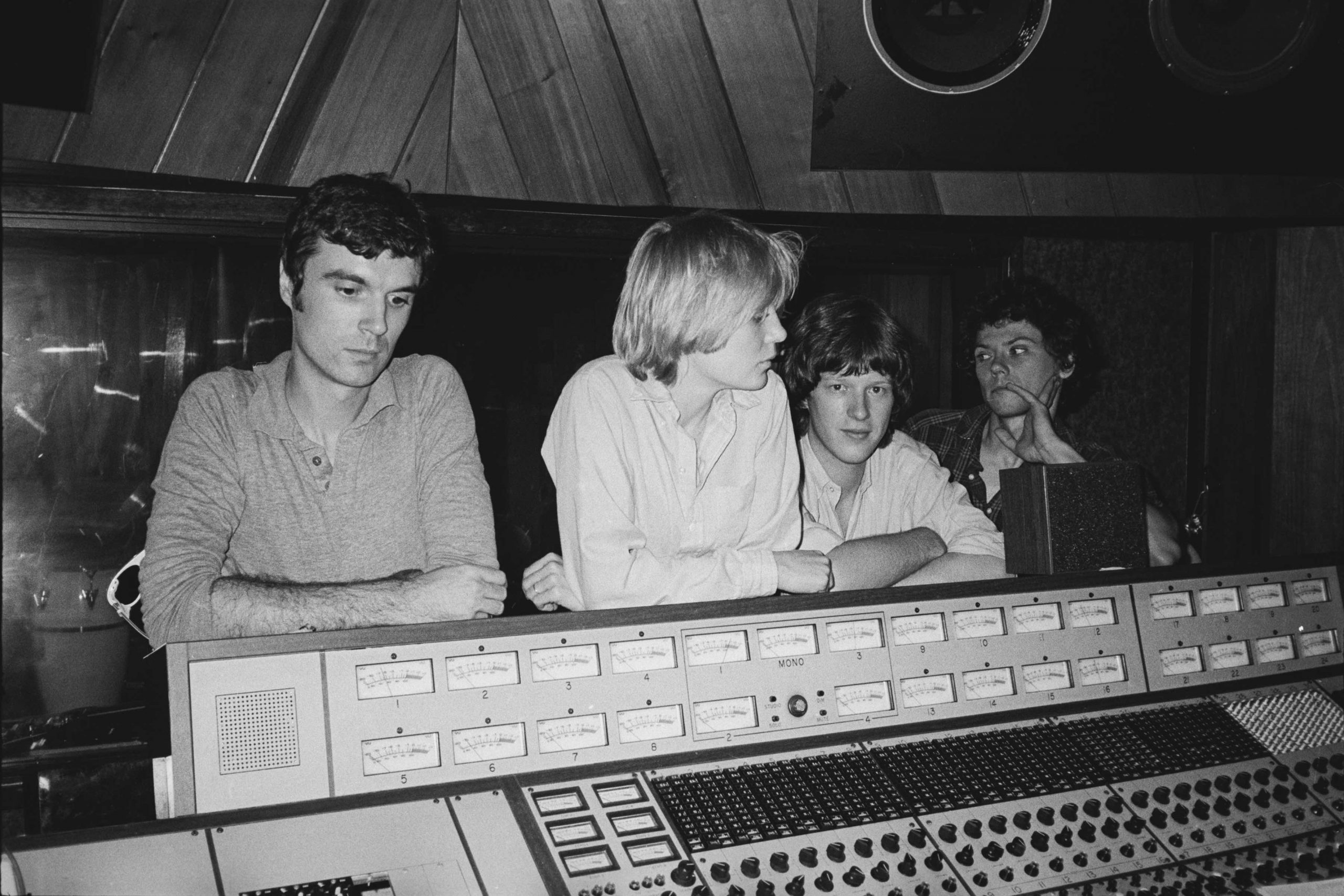 Frantz has just written a memoir about his life, Remain in Love: Talking Heads – Tom Tom Club – Tina. As well as reflecting on his formidable career, the book is also something of a love story, with the solid foundation – formed when they were students – of Frantz and Weymouth underpinning each memory.

Talking Heads split in 1991, and much of the ensuing narrative has been on the sour split between singer David Byrne and the rest of the band. However, while Frantz is open about his feelings towards Byrne and his shortcomings, the aim wasn’t to further emphasise that narrative. “On the whole, Talking Heads was so positive,” he says. “The last thing I wanted to convey to people was that Talking Heads was no fun. It was so much fun. I didn’t want to write a whiny book about how life wasn’t fair. I feel like a very fortunate guy, and I’ve had more than my share of good times.”

The impact of Frantz’s musical output is immeasurable, with Talking Heads being a band that has consistently been mimicked but never once matched (James Murphy of LCD Soundsystem once described them as “the perfect band”). The idea of trying to bottle all of that and streamline it into a story was tough initially, but Frantz found a helpful aide. “I got overwhelmed with anxiety about the enormity of the task,” he says. “But I discovered this great thing called CBD oil. It really did relieve my anxiety almost within five minutes.”

Talking Heads landed in New York and soon became synonymous with the CBGB scene, where bands such as The Ramones, Patti Smith, Television and Blondie would play and hang out before all becoming much more successful. At the time, New York was a brutal place, and the street that CBGBs was on, The Bowery, was effectively a skid row, riddled with crime and corpses, as well as tumbling bodies dropping from the windows above. “There was so much crime, so many drugs, and just people basically losing their shit all over the place,” Frantz remembers.

Being young and naive helped. The band lived in an industrial loft with no heating, worked day jobs, and generally kept their head down. “We were able to balance the horror of living in the Barrio with the knowledge that we were not alone,” he says. “Behind closed doors, there were a lot of other people that were, artistically speaking, really getting it on. We took comfort in knowing that one block away Debbie Harry was living with Chris Stein in a similar beat up place. Ornette Coleman was two blocks away, and then up the road was Dee Dee Ramone and Joey Ramone. Robert Rauschenberg was also just around the corner.”

What started off as a handful of bands playing a venue more known for being strewn with dogshit, soon boomed into a culture-changing scene. “It was like a snowball effect,” remembers Frantz. “It started off very sparse, but very quickly it got to be a happening scene. We were very fortunate to be part of that and to be in the right place at the right time.”

In fact, the acceleration of Talking Heads was almost too fast. “It started happening so quickly that we had to put the brakes on,” he recalls. The band actually turned down record deals because they weren’t ready. “One thing we realised was that if we didn’t make a really good first record we might not ever get a chance to make a second. It drove Seymour Stein of Sire Records crazy.” Stein was patient and would later sign them, releasing their debut album in 1977.

What followed was an impeccable run of albums. Some involved working with Brian Eno and encompassing African rhythms into their already taut rhythmic framework, while others pushed the boundaries of art-pop into new realms. Over eight albums – and unparalleled live shows, including the seminal concert film Stop Making Sense – the band effectively bridged that tricky gap of being deeply experimental yet wildly accessible.

“With Talking Heads we wanted to make popular music that was also great art,” Frantz says. “We had a really strong work ethic, and when Dick Clark on American Bandstand asked Tina ‘what do you hope to accomplish with this band?’ She said, ‘we want to make our mark in music history.’ And we really did that.”

Writing the book has also allowed some time for reflection on and some of the tensions that led to the band’s demise. “I came away better understanding the pressures of being in a successful band,” he says. “I guess I now have more sympathy for the pressure that David was under, and the need to excel. I felt that too but maybe not quite as intensely. l have more empathy now – not just for David, but also for Tina and Jerry. All of us in the band were under the gun to come up with something great. As soon as you do a great album you have to think about the next one. That can be a really enormous pressure.”

And the inevitable question about the possibility of Talking Heads returning? “I’ve given up hope that there will ever be any reunion,” he says. “David isn’t interested, but I’m not too upset about it. I’m proud of what we achieved. If I had to do it all over again the same way, I would.” 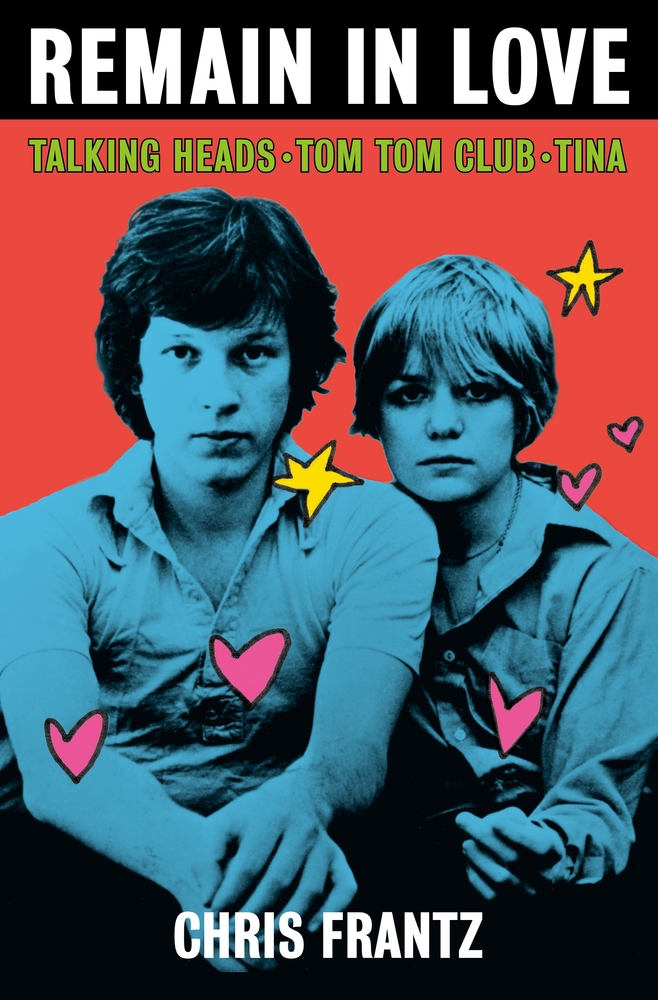 Remain in Love is out now and is published by White Rabbit.

Linkedin
RELATED ARTICLES
OTHER ARTICLES
Bolstered by the Capitol riots, this week, pro-gun activists, Boogaloo Boys, and Trump supporters gathered in their thousands for Lobby Day in Virginia.
After an extensive period on the road, the band returned to London restless and jumpy. The music that followed is their best yet.
Gilles Peterson discusses a new book he helped co-edit about Cuban record sleeve design, which traces a musical form in constant revolution.
The New York-based novelist discusses her masterful debut, Luster, a book capturing the angst and self-discovery that defines the early-20s quagmire.
Dr Kate Paradine, CEO of Women in Prison, makes the case for urgently protecting prison residents and staff.
Young Americans say the Capitol riots mirrored school shootings. Now, TikTok is offering a space for them to process their trauma.