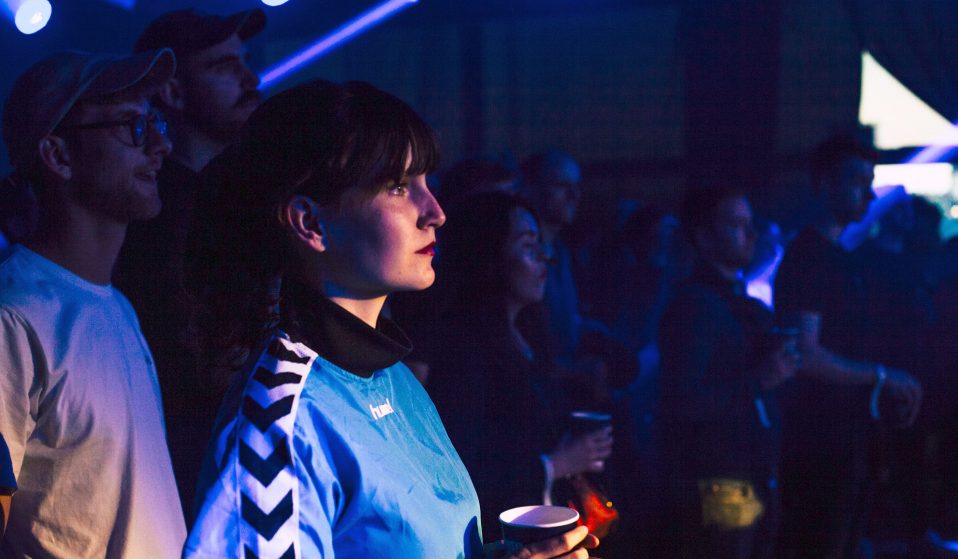 The scene is an important part of Poland’s musical heritage: a close-knit underground community that has been blossoming since the fall of the Berlin Wall. So why is it now under so much threat?

The scene is an important part of Poland’s musical heritage: a close-knit underground community that has been blossoming since the fall of the Berlin Wall. So why is it now under so much threat?

Krakow in Poland is well known for its cheap beer and stag dos, but the city also has a vibrant underground club scene. The city is a bubbling melting pot of electronic music – think psytrance, Polish trap and witch house rubbing shoulders with industrial techno and gabba – powered by a passionate, close-knit community of DJs, producers, party promoters and venues.

But this community is also fighting a unique set of challenges to stay alive. As well as the rising rents faced by many creatives in European cities, the scene is stifled by a local council prioritising mass tourism over local culture and hindered by the high club entry fees. The town has a huge student population – a high turnover of partygoers rather than a long-standing, loyal fan base – and many of Krakow’s young people leave for bigger cities or other countries for work.

The battle to keep this scene going has been documented in a new film, which is the latest instalment of the Boiler Room and Ballentine’s True Music project. It’s an important part of Poland’s musical heritage: a close-knit underground community has blossomed here since the early ’90s, after the fall of the Berlin Wall. The collapse of the USSR meant more freedom for dances and buying records, as well as what equipment DJs could access and what countries they were able to visit. Thanks to this new freedom to import music, DJs were able to buy records abroad, which meant they were exposed to new genres like trance, hip-hop, jungle and breakbeat.

As a result, Paulina Zaczek, creative director of Szpitalna1 – a club in a 400-year-old basement off Krakow’s main square – describes the city’s club scene as “extremely colourful”. However, she says that the international electronic music community just doesn’t talk about what’s being made and played in the city. She also says that the high turnover of club goers in a university town  – 10 universities with almost 500,000 students – means that each year there’s a new struggle to connect with young people, and educate them in this diverse mix of electronic sounds.

Paulina also talks about the impact of rent rises in the city centre, in wake of Krakow’s popularity with tourists and the proliferation of Air BnB buy-to-lets – where until fairly recently it was realistic for young creatives to live and experimental venues to stay afloat. In 2012, for example, obwarzanki bread sellers in the Old Town saw a massive 2,700 per cent increase in the rent for their pitches.

Tourism has had a very real impact on clubs too. Bomba, for example – a small but well-loved venue on Plac Szczepański, playing funk and soul, electro, dub-step and hip-hop – closed earlier this year after a decade of parties, film screenings, reading groups and exhibitions to make room for yet another hotel.

Tom Elton, Ballantine’s head of music, says it’s closures like this that the project in Krakow hopes to combat. “True Music is about facilitating positive change,” he says. “We do that two ways – the first is giving a platform and a literal stage to artists and scenes, and the second is bringing together people in communities to enjoy the music.”

“We found a barrier to entry – the cost of entry [to a club] is higher than the pub culture here, a massive university town,” explains Tom. “And because people aren’t going to explore this new music, locals aren’t necessarily discovering it.”

In April, a Boiler Room party in Krakow’s iconic Hotel Forum – a jagged, grey Soviet Brutalist structure on the banks of the Vistula River – brought together this community. Olivia, one of Poland’s most exciting DJs, was on the bill, adding her signature liquid techno and industrial rhythms to the mix. Describing herself as an “activist” who’s “on a mission”, she’s a co-founder of Chrono Bross collective, who are dedicated to pushing forward experimental sounds in their hometown.

“The biggest challenge is the gentrification of the city – so the mass tourism,” she says. “On one side I understand because Krakow is a beautiful city, so I’m not angry that they come but because of that the city focuses on the tourism business, and they sometimes forget the real feeling of Krakow. It was always a really bohemian city and was famous in Poland for the artists and musicians, there was a really strong jazz scene and rock scene.”

“Then suddenly it got really popular with tourists and [the city council] didn’t really think about the people already here. It’s really difficult to have a club or a bar now, it’s very expensive, and artists don’t get proper money for their work, so this is the main problem. A lot of small bars and clubs close every year because of the rent.”

When students finish, they often go home, or to a bigger city, or abroad: “The issue is that they don’t get paid well here, the salary isn’t enough – that’s why they leave. They just want a better life.”

“But I was born here, and I like it here. And I’ve been doing parties for so many years – I want to stay a part of the city. For me, it’s not about a career, it’s completely different – I just want to show people music and work with my friends and do good things for my city. This is more important for me than just going abroad, being a superstar DJ and not thinking about my city. I don’t feel that.”

There’s definitely something special about Krakow’s underground club scene, and not just to the people inside it. Warsaw-based duo Private Press – producing high energy and dubbed out techno cuts – kicked off the Boiler Room set in Hotel Forum. “There’s an energy here that’s lacking in Warsaw,” they say. “People there love everything that’s hype, that’s popular, that’s easy. You have clubs like SMOLNA with big names, which is basically a big commercial techno club, and people love it because it’s ‘techno yeah’.”

According to Private Press, Krakow has a slower pace and stronger bonds within its music community compared to Warsaw’s fast, commercial environment. This allows people to focus on the craft of production and the art of DJing, rather than simply giving mainstream audiences what they want. “People here are very open and confident about what they stand for,” they say. “Krakow represents what Warsaw lacks and should have – this healthier approach.”

They add that the whole of Poland’s underground music scene shares one issue: its proximity to Berlin. They think this has encouraged a sort of complacency: “We have this thing, this comfort, that if you don’t like what’s happening here you can always drive a few hours and be in Berlin, party, then come back here. That’s a crucial thing about understanding how Poland is.”

Maybe it’s no surprise that Private Press see Krakow as being different to their hometown of Warsaw: the latter is a metropolis of almost three million, while Krakow has a population of about 800,000. This means venues are fighting for a slice of a relatively small pie when it comes to getting punters through the door.

The True Music project hopes to support clubs, promoters and DJs in increasing numbers at parties, and people like Olivia won’t let challenges destroy this small yet vibrant DIY scene. “I love to be here,” she says, resolutely. “We’re doing parties and people here support us and want us to survive.”

Linkedin
RELATED ARTICLES
OTHER ARTICLES
Birdy Chu reflects on documenting the historic moment in which the territory was formally passed back from the UK to China.
The two-day long event returned to London this year, showcasing a spectacular parade, steel bands and Caribbean food.
Sean Maung’s photos are a love letter to the Black and brown communities that make up New York.
The idea that a younger generation is abandoning work has become a popular narrative online, but it doesn’t necessarily reflect reality.
Ahead of the release of their first collaborative album, the producer and rapper talk psychedelics and the state of UK hip hop.
Photographer David Corio’s archive offers a glimpse inside a revolutionary era of music and nightlife.