Art & Culture / The Flaming Lips: A weird-ass story of self-discovery 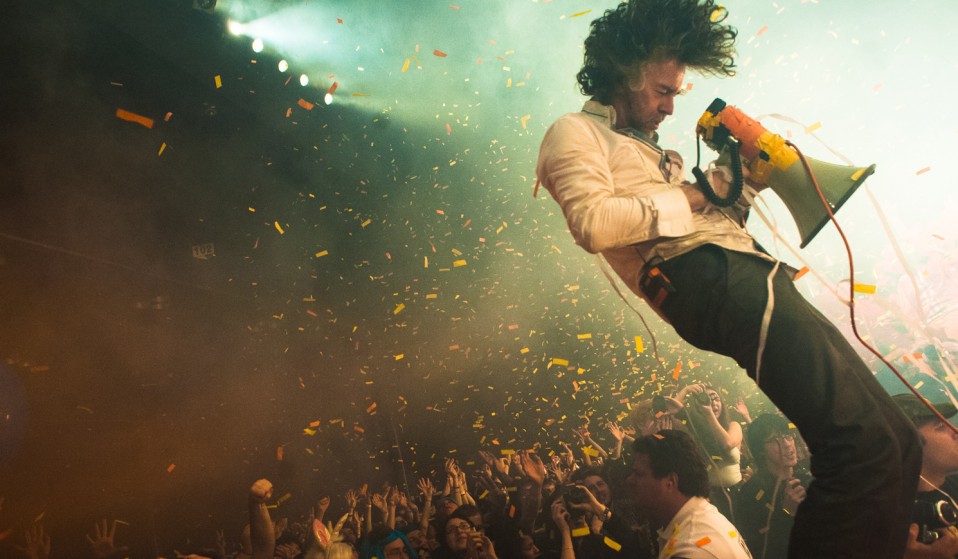 The Flaming Lips keep finding freaky ways to battle convention and bring people together. But even when the shit hits the fan, nothing can spoil their party.

As champions of in-person experience, the Flaming Lips keep finding freaky ways to battle convention and bring people together. But even when the shit hits the fan, and the internet bites back, nothing can spoil their party.

One night, while working at a fast-food outlet called Long John Silver’s, Wayne Coyne was held up at gunpoint.

A spate of armed robberies in Oklahoma City had left several restaurant employees dead and now Wayne found himself face-down on the floor, thinking: ‘Is this it?’

“It was such a horrible thing that when I didn’t get killed, I felt like nothing could hurt me,” he says.

“After that happened I thought, ‘This matters. I’m going to do it because what do I have to lose?’” The ‘it’ was music. Wayne dreamed of being an artist but, in reality, he was a 16-year-old dropout frying fish in a costume.

The path to success would take longer than imagined – another six years before forming psych-rock weirdos The Flaming Lips in 1983, and another seven after that before quitting Long John Silver’s – but Wayne’s creativity had been catalysed.

His skills as an entertainer… not so much. That would come around the year 2000, when the band transitioned from aloof introverts to the most absurd live spectacle on the planet.

There would be dancing Santas and confetti cannons, exploding heads and giant hands shooting lasers, megaphone cheerleading and a crowd-surfing space bubble – all of it symbolising The Flaming Lips’ anarchic inspiration. 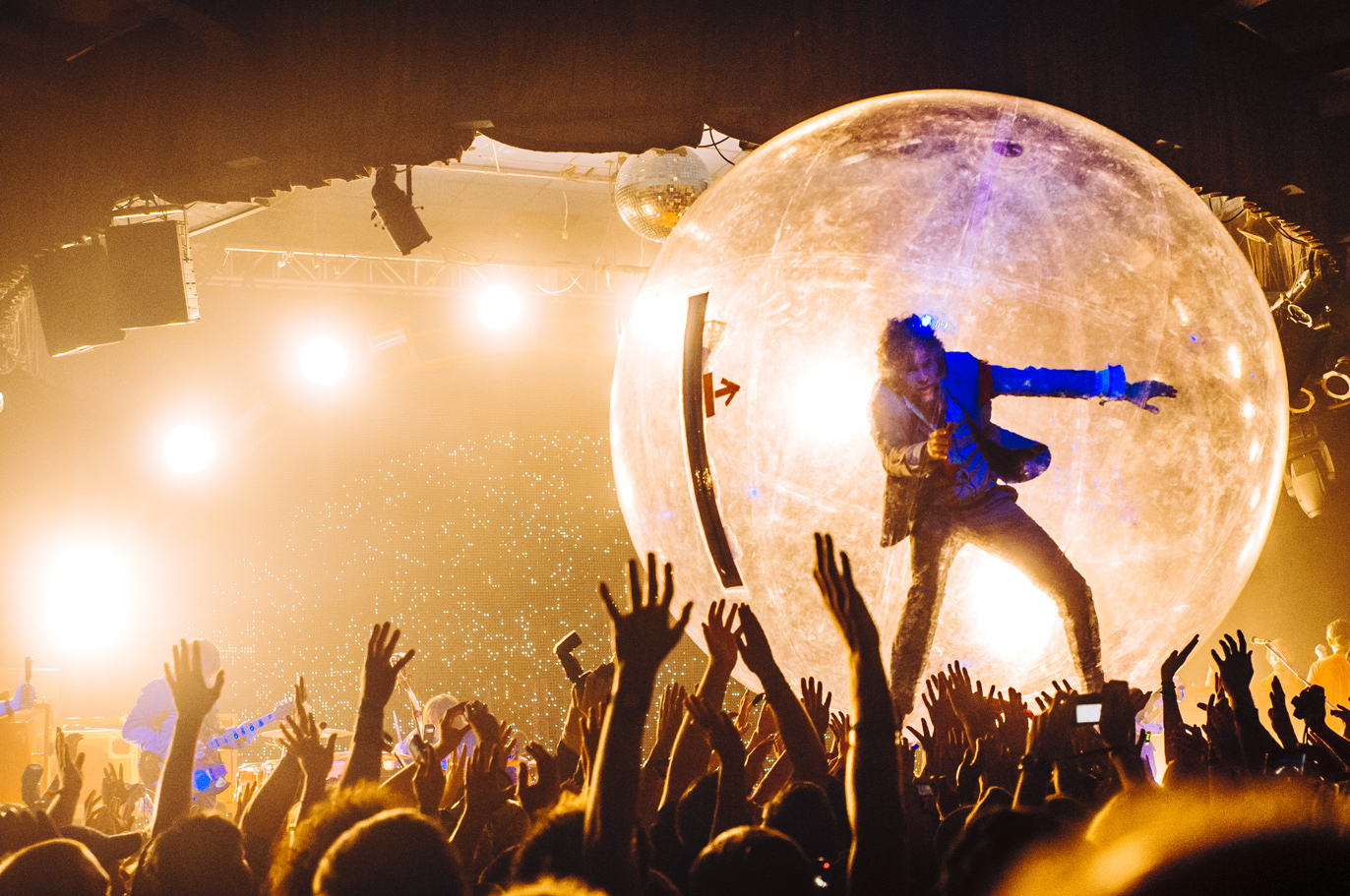 “I think I finally found a way to be with everybody,” says the 55-year-old frontman. “It’s not like, ‘Look at me! I’m so cool!’ No… your input and your excitement are what makes this interesting.”

Another seismic shift came off stage, through a sustained sequence of stunts.

There was the quadruple-disc set (one instrument on each CD) designed to be played on four stereos simultaneously; the 24-hour-long song encased inside an actual human skull; the vinyl infused with blood from collaborators like Coldplay’s Chris Martin; the USB drives of music embedded inside gummy fetuses and brains.

But what ties the gimmicks together is an opportunity to share something tangible and fun. (Even the gummy fetus can’t easily be consumed by one person.)

“It’s just to say, ‘Given a choice, can we create another experience that connects you with our music?’ The way you put out your records – not just the way they sound, but the way they feel and look – is part of your creative desire. Having the urgency to execute your idea, no matter what form it takes, is really all there is. Otherwise there’s no reason to do this.” 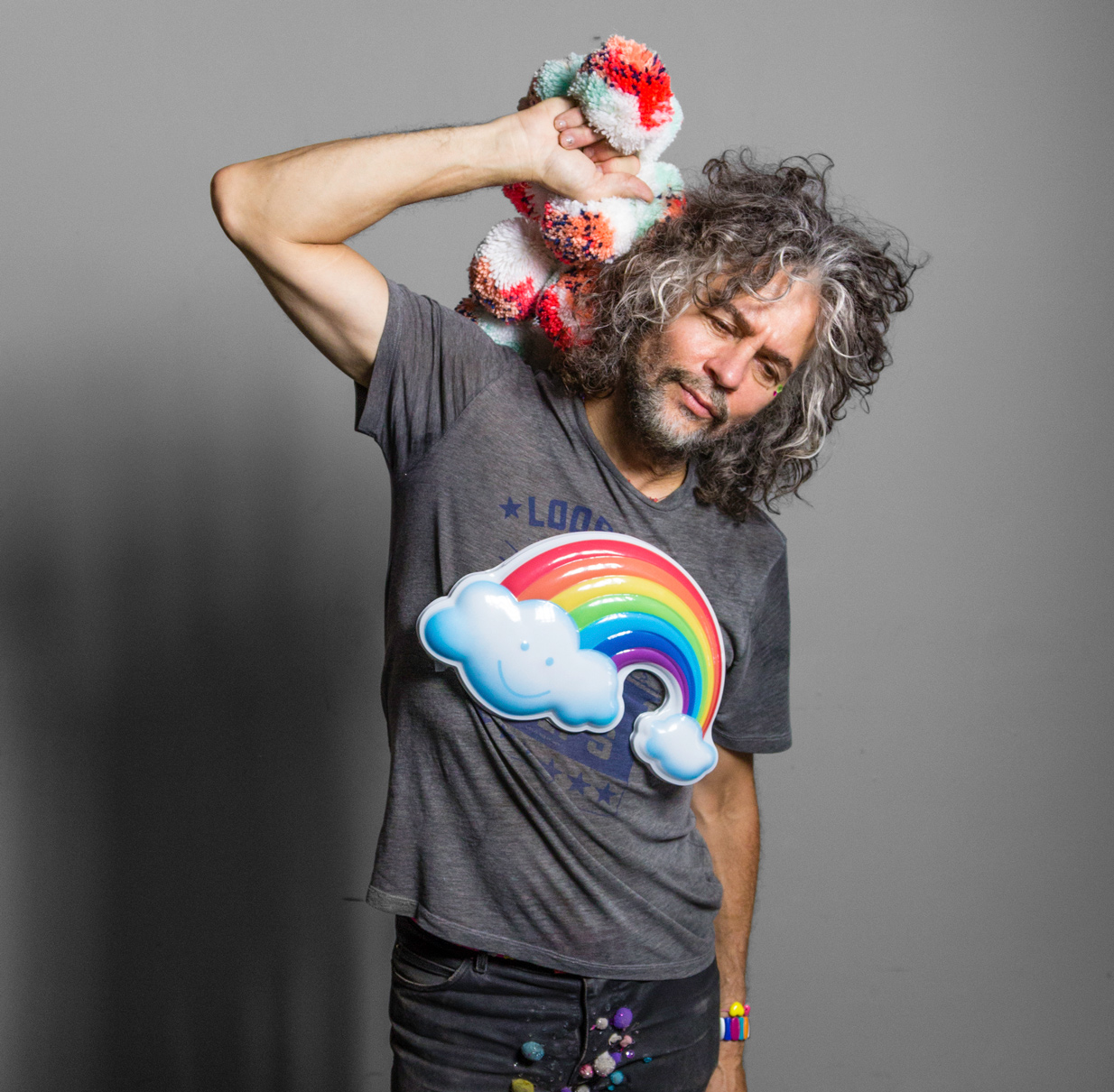 Wayne is perfectly suited to the role of ringleader. With his streaks of silver curls and psychedelic outfits, he effuses charm, bubbling over with ideas and anecdotes he admits are “cosmic hippy shit”.

Today he’s finalising digital artwork for new album Oczy Mlody: a mix of buoyant melodies and apocalyptic atmospheres that sounds like a band hitting its stride – and not at all like one that’s been around for 33 years.

But unlike other artists who’ve spent decades navigating the industry, Wayne has no issue with the power of the Internet.

Putting things out in “the big, never-ending stream of shit that’s happening” feels liberating, he says, because it allows you to take chances and try different things, to adjust or start over if needs be.

“Sometimes I think that’s a relief to artists,” he says. “You do your coolest stuff when you’re not so serious because it doesn’t matter that much. And it’s great to have instant feedback all the time, whether it’s good or bad. You can tune in or tune out as much as you want. It’s just there, flowing, which is wonderful.”

This may sound surprising, considering how much splash-back Wayne has been subjected to in recent years. There was, among other shit-storms, a public falling out with drummer Kliph Scurlock, a spat with Erykah Badu and an incident involving a decorative grenade at an airport.

And when Wayne split with his wife of 25 years only to start hanging out with Miley Cyrus and Ke$ha, the feedback got ugly.

Some painted it as a midlife crisis, others thought he was being publicly shamed. 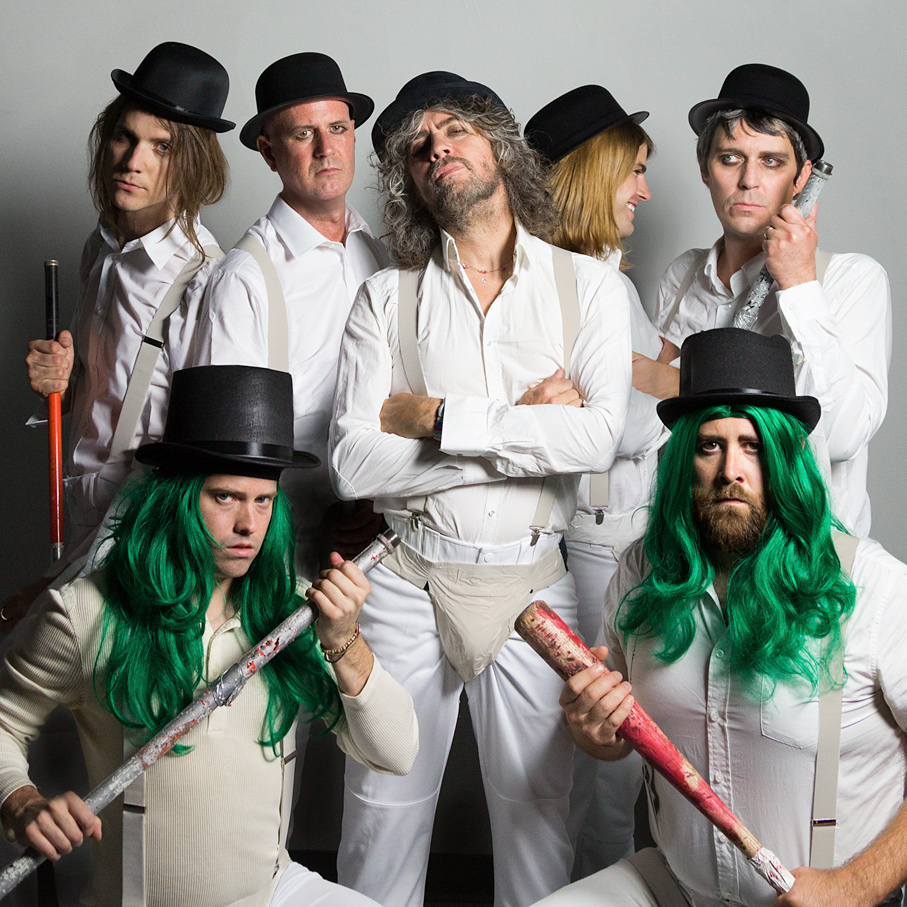 But if anything, hanging out with Miley has made him appreciate how hard it is to stand your ground when you’re inundated by opinions online – a chorus of random voices all trying to show you who’s boss.

“If you’re flying along, having everything you do greeted by so much love and success, then suddenly you’re confronted by someone saying, ‘Fuck you! I hate what you do!’ – it can be like getting slapped in the face,” he says.

“I can only say, by comparison, the things that happen to me are nothing. I’m not in that flow. Even when things are going well for us, we’re always worried. Miley and Ke$ha are not – and I’ve definitely learned more being around them than they would from me. Luckily, the mountain of opinion out there mostly encourages us to keep doing what we’re doing. When it’s not, I can laugh at it most of the time.”

This is where the armed robbery comes into play. It’s not something Wayne thinks about much, but it left a lasting impact.

He remembers comedian Stephen Colbert talking about the death of his father and two brothers in a plane crash when he was a kid, how it hardened him in school to the point that nothing could touch him.

“I don’t think I knew it at the time but being on that restaurant floor freed me up to think, ‘Now I know what a big deal is… and this isn’t it.’”

Oczy Mlody is out 13 January on Bella Union.

Linkedin
RELATED ARTICLES
OTHER ARTICLES
Following the release of his debut single, Deyaz talks battling addiction, dealing with his struggles through music, and building a budding music career from his living room.
Social prescribing connects people with non-medical support to improve their health and wellbeing – but some experts worry it’s just a stick plaster solution.
A new law change is enabling Britain’s donor-conceived children to know the truth about their origins – but campaigners say the fertility industry must do more to protect people.
A recent High Court ruling against the right to wild camp in Dartmoor National Park sparked the largest land protest in history – and campaigners say their fight is not over yet.
Author Edward Banches dicusses his new book, which examines the hard rock and metal scenes in five African countries: Botswana, Togo, South Africa, Kenya and Ghana.
Since 2007, Gideon Mendel has made 20 trips to document floods in 13 countries. The result is an alarming record of what has already been lost to the climate emergency.