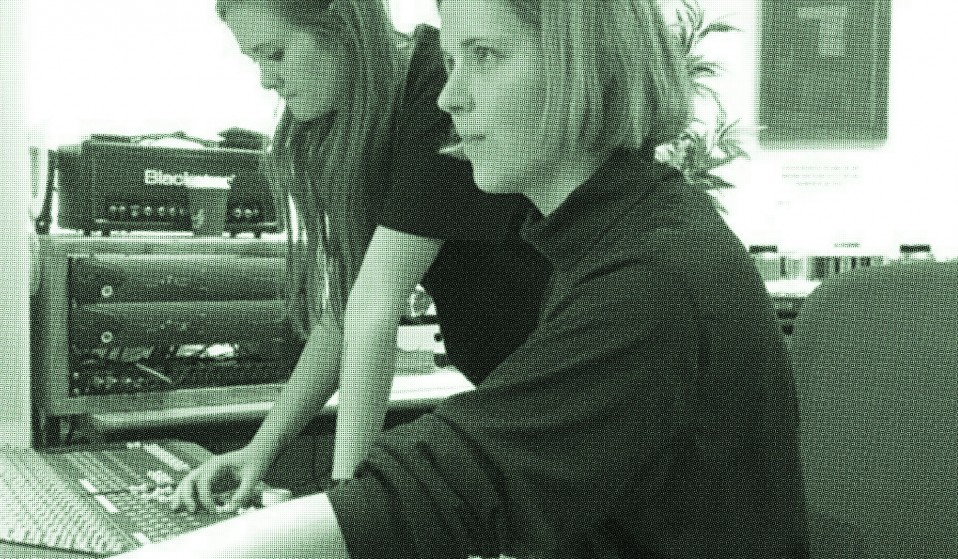 With music festivals still dominated by man-heavy lineups, a group of homegrown, DIY collectives are fighting for change.

With music festivals still dominated by man-heavy lineups, a group of homegrown, DIY collectives are fighting for change.

You don’t have to scrutinise the banana-yellow Reading and Leeds posters to realise how tokenised female musicians are. They always appear right at the bottom of the bill, in the fine print. Festival directors don’t feel women are being marginalised, which results in a lineup of 85 per cent all-male bands.

To counter these misconceptions, several female-led DIY music collectives are taking matters into their own hands. From inspiring girls to start their own bands, to curating workshops for aspiring female sound engineers, they’re forcing social change to actively level music’s steep gender divide.

This summer marks 20 years since Lilith Fair, the travelling music festival which aimed to give female musicians the same lucrative opportunities as males. “We looked at other tours and thought, ‘Wow, they’re just full of men,’” reasoned Lilith co-founder Sarah McLachlan at the time. “But there’s all this amazing music being made by women right now. So why isn’t that being represented?”

20 years later, this same question is still being asked. Echoing similar frustrations, grassroots organisations LOUD WOMEN, Girls Rock London, female:pressure and OMNII are striving to change the way in which female musicians are portrayed and perceived. The problem is not of a lack of women; it is about giving a platform for these female musicians to be heard.

Cassie Fox runs the events organisation LOUD WOMEN, directly countering the lack of female representation. Fox’s female-led gigs take place across the country with lineups that have included Skinny Girl Diet and DREAM NAILS. LOUD WOMEN Festival – taking place this year on September 2nd at DIY Space – falsifies the common claim that there’s a lack of female musicians. Fox got flooded with applications – to the point that she was overbooked. “I’ve had to say no to hundreds of bands this year!” exclaims Fox. “Every year you hear about how terrible it is that there aren’t enough women on these lineups, and they just go about the same thing next year, with the same male rock bands. It’s chicken and eggs. Women aren’t progressing within the industry because they’re not getting seen.”

This “chicken and eggs” idea is also true about female representation. Unless women see themselves represented, they won’t think that they can do the same. Representation in society, not just in music, is cyclical. If young girls go to festivals that are white-male dominated, they won’t be encouraged to be involved. “If women don’t see that it’s possible to reach a higher level of a career, they won’t feel motivated,” says Fox. “Young girls need to see women who look like their mums or sisters on stages.”

Fox’s main goal is to provide a platform for young women to get noticed, to support them, and help them get work. “We work with young women who find blowing their own trumpets difficult. A lot of our female bands don’t have the contacts or know how to approach people. Young girls are growing up feeling that they shouldn’t put themselves forward. We want to encourage women to say, ‘I’m a girl, I’m good at this, listen.’” 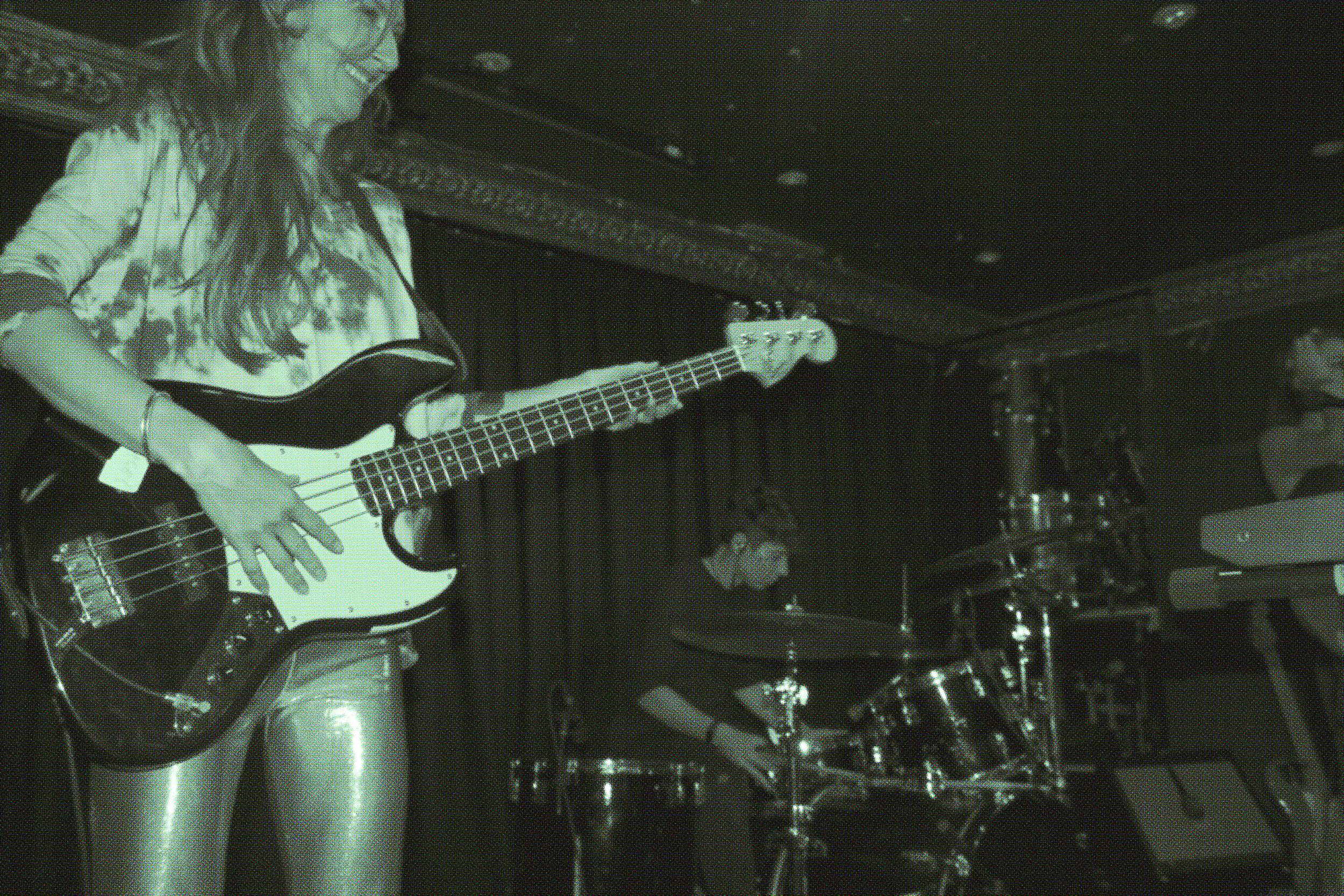 This first step of building confidence is a huge part of the ethos of Girls Rock London, a female-only music camp. At Girls Rock London (GRL), girls learn an instrument, form a band, write a song and perform it in less than a week. Now in its second year, GRL is run by female musicians striving to encourage young girls to take the plunge in being involved in music by being more than a spectator. It’s only until we can raise the self-esteem of girls interested in music, maintains GRL band coach Vicky O’Neon, that they can have enough confidence to be truly involved.

“A balanced festival bill will be an outcome of the work that we’re doing, but what we do is a lot deeper than that,” says O’Neon. “We’re giving young girls a fundamental sense of confidence. It will benefit them in all aspects of their lives – not just within music, but beyond.”

Girls go from not knowing what a plectrum is to performing with a newly-formed band. GRL aims to create a positive working environment for young women, a key factor being that the girls don’t have to feel judged by their gender. “Having women in every role gives the girls a great idea of female role models,” says O’Neon. “Being all-female creates a different kind of safe space.”

“There’s this idea that women have to be good at something before they even start,” says Lyndsay Burtonshaw, one of this year’s GRL participants. “Here, we’ve got room to fuck up. It’s so liberating.”

A full-time musician, O’Neon knows about the pressure of having to constantly prove yourself to men. “Those anxieties from playing with guys distract you from what you’re doing. I’ve managed to finally push through that wall, and I want to help young girls who were in my position.”

Reading and Leeds aren’t the only festivals where women are marginalised, and it’s also not the only dimension of music’s gender gap. In acknowledging the wide-ranging scope of the music industry itself, it’s also important to focus on the music spheres that are not directly related to performing – women who are music producers, DJs and technicians are just as important.

Naomi Jackson and Francine Perry helm London-based electronic music collective OMNII that organise sound engineering workshops for girls. “There aren’t many women in tech, and we wanted to change that,” says Perry, who studied Popular Music at Goldsmiths. “We’d go into work and people wouldn’t know we were the sound technicians! They’d be surprised. We realised then that it was an issue.”

Female:pressure is a massive online community of female musicians across electronic music, a field where women have often been underrepresented. The network was started by Austrian music producer Susanne Kirchmayr, who felt that there were plenty of female producers, but no platform for them to be heard. What she started was a database for people to network and
connect. The database has since expanded internationally, with hundreds of female music engineers now registered. 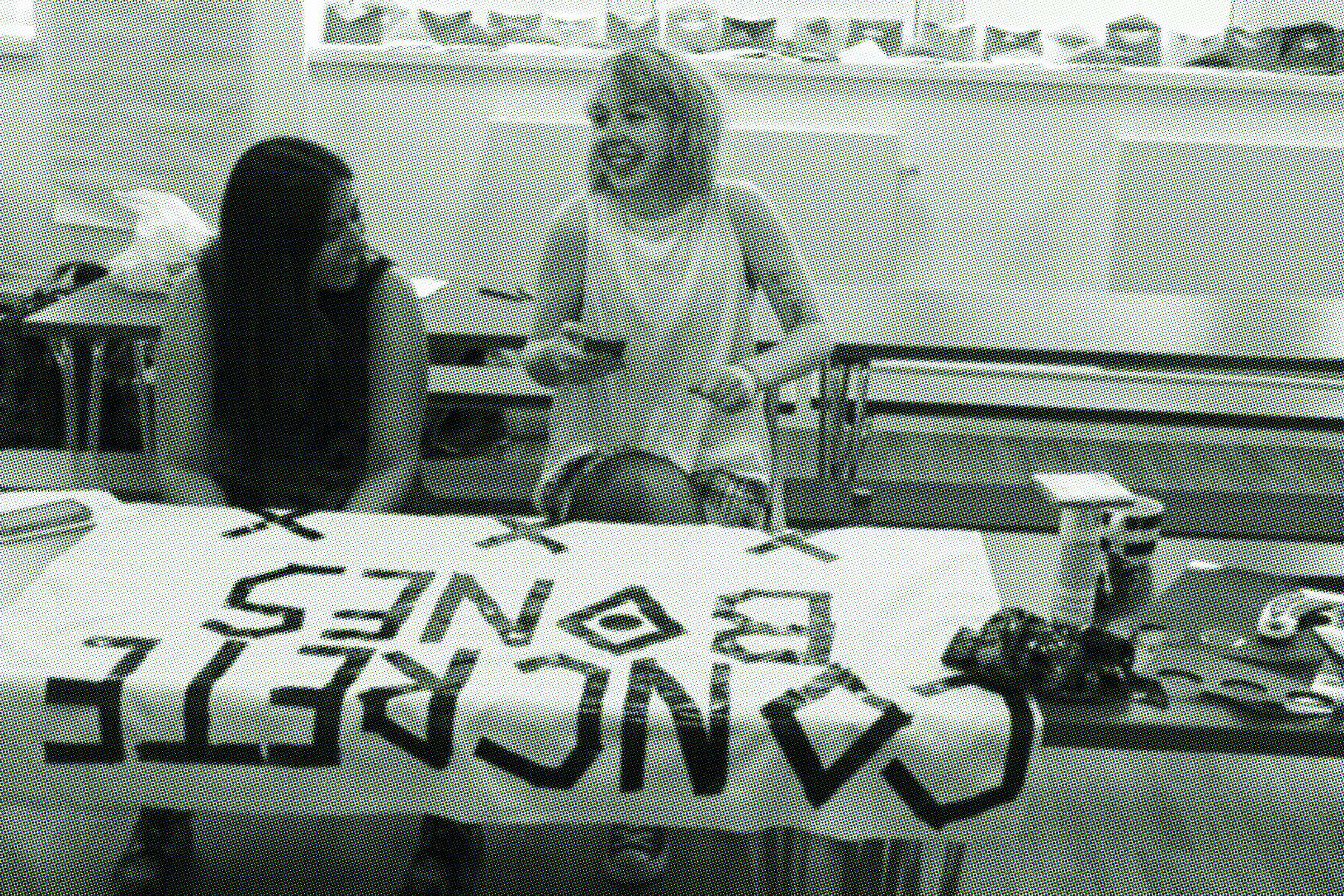 Michelle Endo, a member of female:pressure, calls attention to how even within music itself, where women are already marginalised, there are even more expectations of gender roles. “It seems easier for women to be in certain roles within rock music,” says Endo. “Even within electronic music you see more female DJs than you see producers. It plays a lot with gender
role expectations where women of less technical skills are more accepted as performers.”

These collectives and their DIY ethos of launching their own initiatives to change the way in which society perceives female musicians are essential to achieving equality. Sexism within music is still prevalent, but with these collectives, every young girl picking up a guitar or trying their hand at sound mixing is a step in the right direction.

Linkedin
RELATED ARTICLES
OTHER ARTICLES
A group of aid workers face prison for helping to save people fleeing their homes at sea. If they are charged, it will have a chilling effect on humanitarian efforts.
Campaigners reflect on what the supreme court’s decision to allow buffer zones in NI means for the future of reproductive rights in the UK.
Zsófia Sivák’s ongoing project documents the country’s tavern culture, preserving a once defining part of rural life.
Yohon Tatum, aka Legendary Father of the House of Tisci, reflects on nurturing a new generation of talent.
Photographer Sean Maung reflects on documenting a small town in Pennsylvania afflicted by high levels of unemployment, poverty, violence, crime, and addiction.
After fleeing the war in Ukraine, people are finding it impossible to secure affordable and decent housing in the UK.