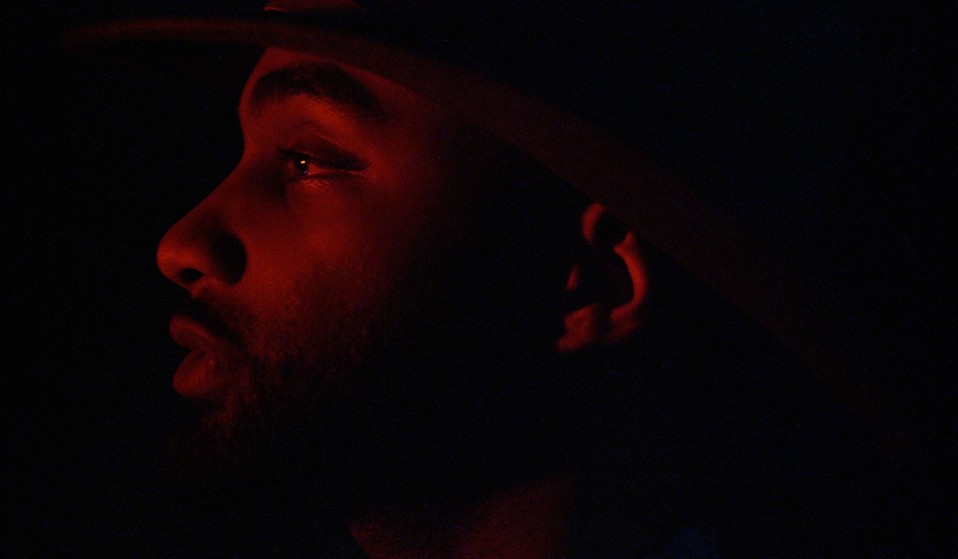 They say you can tell a lot about a person from their record collection, but Washington-based singer, producer and multi-instrumentalist Diggs Duke disagrees.

“I don’t know if you can learn anything from someone’s music collection,” he says skeptically as he rummages through the pile of LPs scattered across the table in front of us. “I know straight thugs and all they listen to is opera, you know what I mean?”

Every inch of wall space is covered in records, photographs and other bits of musical memorabilia that tell stories from Gilles decades of travelling the globe, searching for eclectic beats, obscure artists and forgotten cuts. Diggs’ time in the basement – between rehearsals for his London live shows – is the perfect opportunity to put together a mix celebrating a shared love of both Diggs and Gilles: jazz.

Growing up in Gary, Indiana (home of the Jackson family), Diggs was surrounded by jazz and during his musical education he began to fully appreciate just how deep the genre goes. Despite gaining respect for the masters and acquiring the ‘big ears’ coveted by jazz musicians, Diggs’ own music is something more of its time, a soulful and eclectic R&B, but with jazz influences woven through its DNA.

As Diggs pulled together his selection, we talked about what he’s learned from old jazz masters, thrift store crate-digging and his new EP The Upper Hand and Other Grand Illusions.

What’s it like stepping into Gilles’ record collection?
He’s a pretty warm guy so the collection has a kind of warmth to it, if that makes sense? It just feels like being at home. When you’re here you just get the vibe of music everywhere, so honestly it’s just like hanging out. You get the vibe when you go down there you’re supposed to be listening to music. You step over records, you can’t even walk. What am I going to listen to? It gives you a bit of a frantic feeling. You just dig and dig because you feel it’s never going to end.

How did you get deep into jazz?
My dad was a musician, he wasn’t big time or anything but he played legitimately for a while so it was always around. When I got to be 15 I just started finding stuff for myself and Thelonious Monk was the first one I had on cassette. I started listening to it and was like ‘what the hell is this?’ Then I went on to Duke Ellington and I read Miles Davis’autobiography which was a problem with my mother. There’s a lot of dark shit in there, but my dad just snuck it to me anyway.

What really got me into it hard was when I got to school and started trying to play it. It gave me more appreciation for soul music and R&B, which people don’t really talk about with any respect. It’s just seen as fun music but it’s really deeper than that. It kind of gave me an appreciation for the traditions of the music and going way back and trying to figure out where it comes from and where it is now, what makes it what it is.

How much does influence does jazz have on the music you make today?
Older musicians taught me how to play this stuff as I came up. I never really quite got it, and I realised it was not really music of my time. If I’m playing a Chick Webb song, now people are just listening to it, but back then people would be swinging girls around and stuff – it just seems out of context. So I tried to get to something that I really grew up with, which is like hip hop, R&B and singing.

I search for music because I want to listen to music, I don’t want to be just a jobber, but because of the theory knowledge I have, stuff sticks out. Like, ‘is that a sleigh bell?’ Eight years later I might put a sleigh bell in somewhere and guaranteed that’s where it came from, but it’s not a conscious thing, it’s just that I’ve learned to listen well. When you’re learning jazz, if you listen well, don’t get in people’s way when they’re soloing and don’t play too long, they say ‘he’s got big ears.’ I take pride in having big ears.

How do you go about looking for new music?
I tend to look for names, that’s mostly my way in. I always look at the back of records and try to remember who they are, and then you make connections. In the US I’ve been hanging out with this cat from Trinidad and he’s been putting me on to all this calypso music. Usually, I find a friend from another place or really into a different type of music, and just pick their brains. I’ll go over to their houses, stay way too long and just get them to play music for me. Music is always being thrown at you somehow. You just need to accept however it comes because it’s always coming at you.

I like going to places that are not technically music stores, I like thrift stores. A lot of thrift stores have a whack little section of music and there’s always one cassette tape in there, and it’s always really dirty and dusty. So I like doing that, it’s not a very high success rate but it’s fun. The whole thing is just about enjoying yourself.

How did The Upper Hand… EP come together?
I was trying to make my next long playing record, but I couldn’t do it at the moment. I was writing songs and trying to come up with ideas, because I didn’t want to just put together a selection of songs, like I did with my first full-length. I wanted to try and put together an album that was more cohesive, not just in sound but in everything: the subject matter, the recurring themes. I came up with a bunch of songs and after a while I just got burned out.

I wanted to put together something that was presenting an idea, some kind of concept, something that you could tell something about how I’m thinking because I don’t feel on the other records you can get inside my head, the lyrics are kind of abstract on some of them. I’m always going through some kind of weird shit with a woman, so I was in my head about that when I was writing a lot of the love songs.

Check out Diggs Duke’s new EP The Upper Hand and Other Grand Illusions out now on Brownswood Recordings.

Linkedin
RELATED ARTICLES
OTHER ARTICLES
Musical explorer and tastemaker Gilles Peterson takes Huck on a journey through his influences and beyond.
Gilles Peterson celebrates the best of Brazilian music culture past, present and future.
Huck shot this video with Californian rapper Jonwayne on his first visit to London, to play at Gilles Peterson's revered Worldwide Awards.