Art & Culture / Music / This is DIY / What lessons can we learn from independent record labels?

Independent labels are thinking in a different way to bring the experience back to buying a record.

Independent labels are thinking in a different way to bring the experience back to buying a record.

In the eye of the King’s Cross development storm, the sun’s bathing a fairly average group of office structures in an unseasonable amount of rays.

From the outside, it sure ain’t the prettiest. The steel girders, translucent glass panels and grim brickwork seem a little bit off and the stairwell ain’t nothing to write home about either. There’s an air of claustrophobia about the whole construct, punctuated only by the occasional mirror creating the illusion of space. It isn’t until walking through the door to Gearbox Records studio that the air returns and memories of the dull exterior are replaced with walls covered in a deep crimson fabric, shelves brimming with vinyl and machines from the 1960s that wouldn’t have looked out of in a Sean Connery-era Bond villain’s lair.

In November, Gearbox will be participating in Independent Label Week. Its aims are pretty simple, really – ILW is hoping to raise the profile of what smaller labels are doing for the records they’re putting out in the same way that Record Store Day brought the notion of going into a place to buy your records back into the mainstream consciousness.

Darrel Sheinman, 49, founded Gearbox in 2009 after a having been a musician since the age of 13 but the label was a labour of love for the first three years of its existence. In 2012, Adam Sieff, 61, joined and brought with him a wealth of experience. You don’t run the jazz division at Sony for 10 years without knowing what you’re doing.

The pair compliment each other brilliantly. Sheinman sits in his chair focused and business like, routinely crossing and uncrossing his legs, dressed sharply and looking every bit like someone who loves their jazz. Sieff, on the other hand, reclines on the tan leather sofa in the middle of the room looking like the record label equivalent of Larry David right down to the navy blue New Balance trainers he’s wearing.

“Adam’s joining helped me go professional with it. I think it came to November of that year and we’d only done one release that year”, says Sheinman, “Basically, we’d put all this money in so we’d better get this right and Adam came at just about the right time with the contacts in the business.”

It would be disrespectful to suggest that the margins at small labels, or any company still in its infancy, aren’t finer than piano wire. Spotify likes to pat itself on the back for how much it redistributes to artists and labels, to the tune of $2 billion, but when Portishead’s Geoff Barrow posted that 34 million plays resulted in just $2500, you become less wowed by those big ol’ figures the streaming service is quoting. Of course, artists are criminally underpaid, but if you haven’t got a label pushing the album, distributing it, let alone paying for the production costs, you haven’t really got anything, have you? 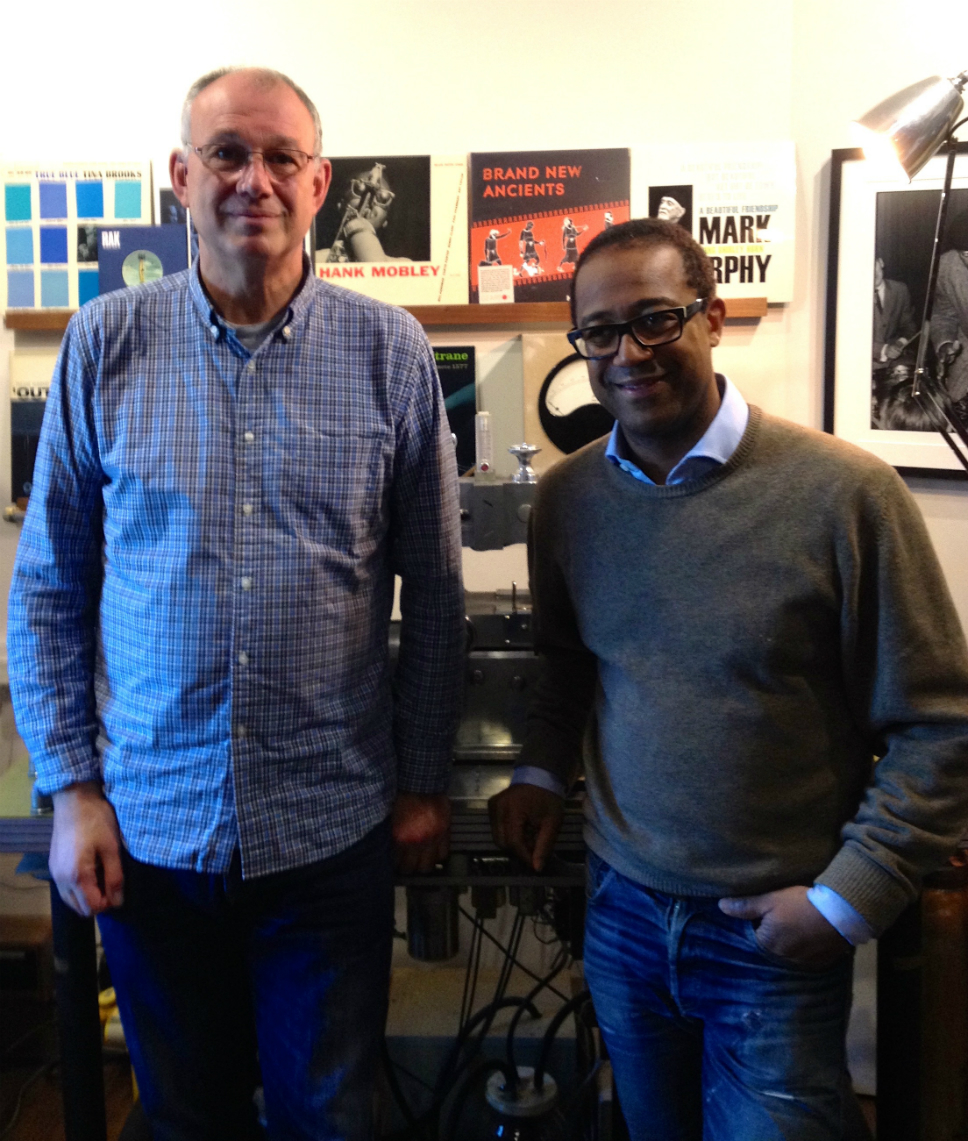 Putting aside the obvious passion to make a quality record for a moment, financial operating costs mean that these smaller labels have to think, not only creatively, but qualitatively. While some labels might have their own way of doing things, Gearbox’s method isn’t breaking any new ground but, in terms of sheer effectiveness, it’s working wonders.

“We’re trying to do everything specially and really nicely, so, our production costs are higher” says Sheinman, “As a small company, you can’t afford to do it the way we do it by doing the first run for 5000, second run for another 5000, you’ve got to build it in more slowly given the cash-flow perspective.”

Gearbox put out their records in small runs. Routinely, a first run won’t go over 500 or 1000 which some might think creates an aura of exclusivity. In reality, it’s quite the opposite. A cautious approach to the distribution of these records means that Sheinman and Sieff think more about what they’re putting out. Through quantity control, they implement a sense of quality control as well because, while they put in a huge amount of hard work to ensure the release sounds immaculate, they have to put in that work. Small labels live and die by their work ethic. They can’t afford to be sloppy in their work because the ramifications could see them go under. Father/Daughter Records have got their 7”x7” series. Merge Records love a good cassette release. DFA are artist owned and operated by LCD Soundsystem (James Murphy).

Basically, you gotta up your game if you’re gonna stay in it.

Adult Teeth’s Lewis Young, 27, knows that raising the profile of the band is synonymous with the quality of the physical product. He says: “I read a quote the other day that said ‘the music business is 90% hype and 10% record’, and it made me realise that my own label, The Adult Teeth Recording Company, has been operating as though it’s 100% about the record. I think that’s the beauty of running an independent label, you can decide what’s most important, and to me, what’s most important is the record, regardless of whether that’s financially sensible way to do things.” Since founding in 2012, Adult Teeth have been putting records out in a way not too dissimilar to Gearbox: small runs, attention to detail and, above all, making sure that the product that goes out isn’t just a piece of music, it’s a record as a whole.

As Sieff says: “I don’t think a lot of people do try and make the best record they possibly can. A lot of people, I think, will try and do something that will make money or they’ll think, ‘Right, we’re going to do something that’s right for the zeitgeist!’ And that’s all good, too, but we actually want to make the best records we possibly can. This is a religious experience, this is important.”

Think About The Whole Package

It sounds almost arrogantly simplistic to write but you aren’t just buying music, you’re buying the whole thing. This is what the majors have gotten wrong. Simply putting an album on iTunes and selling the music isn’t good enough anymore. Smaller, more quality oriented, labels are putting out an experience which is what music is fundamentally about. If more small, independent labels can capture this visceral connection to the music that’s more than creating a playlist and pressing play, not to say that doesn’t have a place at a party or any other circumstance where your hands might be a little tied up, then maybe the margins won’t be so tight.

For now, it’s an uphill struggle but, if ILW manages to reforge a connection between the buyer and the label, the majors might be not be so willing to put out a product which is lacking in the kind of thoughtfulness and care of this new breed of independent label.

Linkedin
RELATED ARTICLES
OTHER ARTICLES
Heavenly Recordings' founder Jeff Barrett reveals some highs and lows from 25 years of running a cult indie label.
Sean Bohrman of Burger Records celebrates the tape in the run up to Cassette Store Day this Saturday, September 27.
Cassette labels across the UK and the US celebrate the analogue format September 27 with new releases, rare reissues, special gigs and all-out tape-themed geekery.