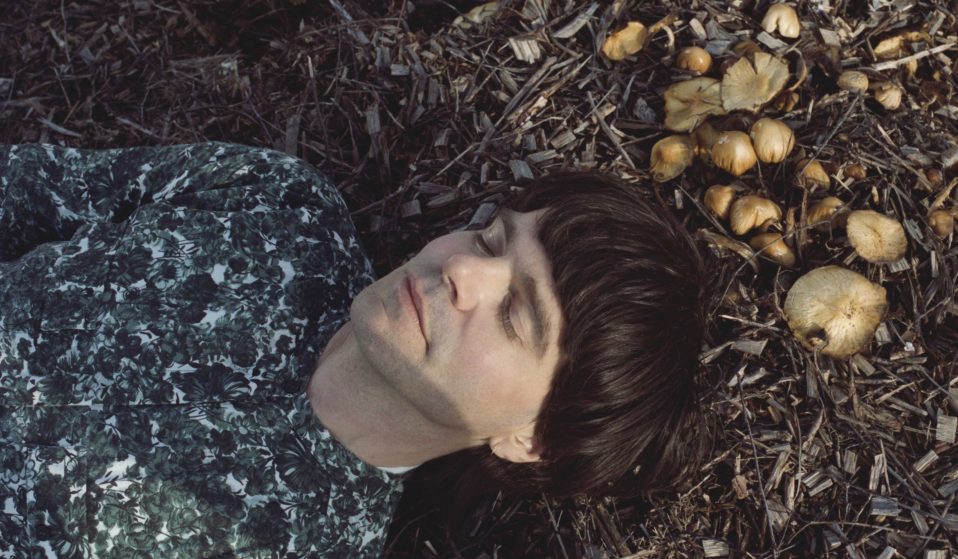 The Charlatans frontman on his new album, Twitter listening parties and how he discovered transcendental meditation after getting clean.

The Charlatans frontman on his new album, the success of his Twitter listening parties and how he discovered transcendental meditation after getting clean.

The Charlatans frontman, has just released his fifth – and best – solo record I Love The New Sky. It’s a playful and adventurous collection of indie pop, made with Daniel O’Sullivan of Grumbling Fur and Thighpaulsandra, a musician and producer known for his work with Julian Cope, Coil and Spiritualized. Furthermore, there are contributions from musical friends, not least of all his partner Nik Void of Factory Floor, and Carter Tutti Void, who he’s currently hunkered down in Norfolk with.

If I Love The New Sky is a beacon in dark times, then his listening parties are fireworks provided to remind us of our humanity and rich musical culture. For the uninitiated, every night, Burgess invites three or four separate artists to playback a classic album from their back catalogues on Twitter – with the help of streaming services. The Cure, Duran Duran, Joy Division, Suede, Orange Juice, Cocteau Twins and many, many others have received the #timstwitterlisteningparty treatment, with one or more of the musicians responsible contributing live commentary, a virtual communion between artists and fans in real time where Tim acts as intermediary. It’s a simple but effective idea, and it has proved to be a far more profound and emotional experience than participants were bargaining for when they pressed play at the designated hour and started surveying the tweets.

We caught up with Tim to hear about them, the new album and whether he thinks the role of the musician is changing.

I Love The New Sky is more playful and layered with more references than 2018’s As I Was Now. Was that intentional?

Yeah yeah, it is very different in mood. As I Was Now was an unfinished record really, and as the album goes on it gets more and more unfinished [laughs]. But I like it for what it is. It was all about friends getting together during a time when everyone else was with their families and we weren’t – we wanted to do something between Christmas and New Year. I think of it as a post-punk record really.

There’s a song about Andy Warhol [‘Warhol Me’] on the new album. Did you get to see the recent exhibition at the Tate Modern that hardly anyone saw?

I didn’t. I did see one in Melbourne recently which was fantastic with lots of videos and balloons, but I mean Andy is all around us anyway. I say Andy, maybe I should say Warhol, he’s not a mate of mine [laughs]. But even if you didn’t see it he’s just everything, isn’t he? The simplicity, the voyeurism, the concepts, the paintings, the stories, the Velvet Underground; it’s a whole magical world he was at the centre of.

‘Warhol Me’ might be my favourite song on the album. It’s underpinned by some great swirling noise.

I love it too, it’s my bubblegum record. You can blame Nik Void from Factory Floor for the noise [laughs].

You’ve got a song called ‘Comme d’habitude’, which is the name of the original version of ‘My Way’ by Claude François. Although it’s not a cover is it?

I didn’t know that when I wrote it, I just knew the phrase. I was thinking a lot about R Stevie Moore and Kate Bush when I was writing it, and I’m not sure you can put those people together. Since it was released, a lot of people have mentioned Sparks, which wasn’t my intention, but again, when I presented the songs to Daniel and Thighpaulsandra, I didn’t give any instructions of what it could or couldn’t be like.

Monday June 29th
8pm (U.K. time)@disclosure will be joining us on a tweet by tweet listening party for their ace debut album, Settle

Speaking of Sparks, I did the recent listening party for “A Steady Drip, Drip Drip”. What I was surprised about was how emotional it all can be…

Very. I’ve had lots of thoughts about it, I don’t know if they’re true or not, but I’m 100 per cent sure that it’s emotional. Every reaction from every band or artist that’s done it is that it’s the craziest thing and they had no idea what it was going to be like. People also say they haven’t heard this record for tens of years and it really took them back, but I don’t think it’s overly nostalgic because it’s such an emotional force. It throws everything else out of the window, it’s mad. You’re on your own but you’re with other people. This situation we’re in at the moment means we’re unable to share music with other people, or do it in the same room. Unless your family all love the same music as you, of course.

Do you get listening party fatigue?

At this time of day [2pm in the afternoon] I’m a bit of a mess and I’m still tired and functioning on coffee, but then around 7 o’clock I start getting the same kind of adrenaline as I do before playing a gig. It’s almost like playing a show for three hours. And then I’m still there at midnight answering people’s questions and retweeting Sparks. It does take up a lot of time [because] there’s scheduling as well, so there’s another person who is helping me with scheduling and two people who do the website. That actually happened the second day in – they got in touch, two people who didn’t know each other who liked what I did. These are strangers helping for no money, nothing. They also came up with the replay thing, so you can watch the tweets again in real time at a later date. That’s witchcraft!

I take it it’s not something you’ll do when we return to normality, whatever and whenever that is?

I don’t know. I’ve got to say, the thought has crossed my mind but I also think there’s something there, the egg has only just hatched, there’s bigger things to come. It’s taking up a lot of time but it’s the most enjoyable thing right now. I’m so focused on it. 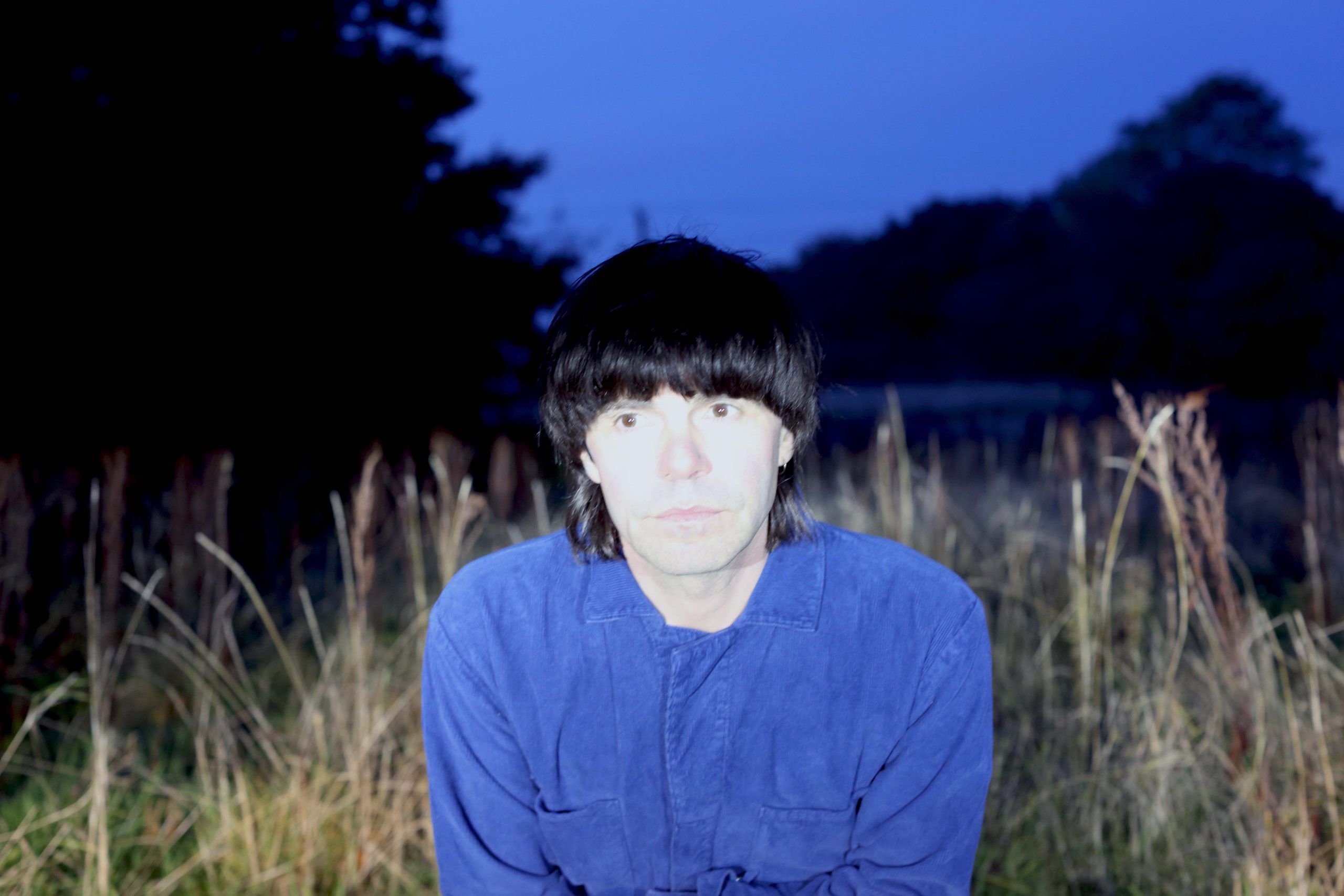 Maybe we should have a clap for Tim for cheering us all up during the pandemic. People often talk about the negative side of Twitter but these listening parties are a force for good aren’t they?

Thanks a lot, I think so too. A lot of people mention the negative aspects of Twitter but people have got a lot of pleasure and comfort out of it. Some people have been getting back into the swing of listening to an album in its entirety, the ups and the downs, the fillers, the singles, all the great things that come with the making of an album that the artists understand.

Is the role of the musician changing? Rockstars used to be aloof, but now you have you doing these listening parties, Nick Cave replying to letters and so on. There’s more of a conversation thanks to the internet isn’t there?

For me, I just find the idea of bringing everybody together a good thing. I like the connectivity of social media, the possibility to reach out and have a conversation with someone immediately. In the past there was always a manager or a label that got in the way, whereas now you can just reach out to Alex Kapranos or Julia Holter or Bonehead and just say, ‘Do you fancy doing something?’

I suppose drink and drugs got in the way too?

[Laughs] Very probably, and making promises that you can’t keep and forgetting about it the following day. I haven’t drunk or taken drugs for a long time. I used to drink to get rid of my hangover so it was a never-ending thing and I always wanted more. I don’t know if that’s my personality or just the nature of the drink and the drugs game.

When did you get into transcendental meditation – was it after you got clean?

I gave up drinking and then it was a while after before I started TM. I had about ten people over at my place and they were all doing drugs and using my computer to play music. It was a never ending sequence of, ‘No, no, no!’ and pressing play. So I went to sit in the corner. I was enjoying myself as someone watching this crazy situation. I sat there drinking a Diet Coke and a friend mentioned David Lynch, mentioned Maharishi, mentioned TM and all these things started sinking in. It was a revelation.

She’s one of my friends and said she’d been doing it since she was five years old. I said, ‘Wow, you look so normal!’ I don’t know what I was expecting a meditator to look like, flying on a cloud or something. Within three days I’d made the phone call and a few days after that I was on the Isle of Wight meditating. I still do it twice a day, and it keeps the filing cabinet in my brain a bit more organised than if I didn’t do it.

I Love The New Sky is out now on Bella Union.

Linkedin
RELATED ARTICLES
OTHER ARTICLES
A 37-year-old woman shares how her abortion led her to become a clinic worker, and the abuse she’s received in that role.
Yesterday thousands gathered outside Buckingham Palace after news of the Queen’s death broke.
In his 2008 series, the photographer pictured himself as Angela Davis, Martin Luther King Jr., Malcolm X, and other prominent figures.
Cindy Campbell recounts how her brother ushered in a new era of musical culture at a party she held in the Bronx in ‘70s.
A new project is documenting formerly incarcerated people as they transition back into civilian life.
Ahead of the release of their first collaborative album, the producer and rapper talk psychedelics and the state of UK hip hop.