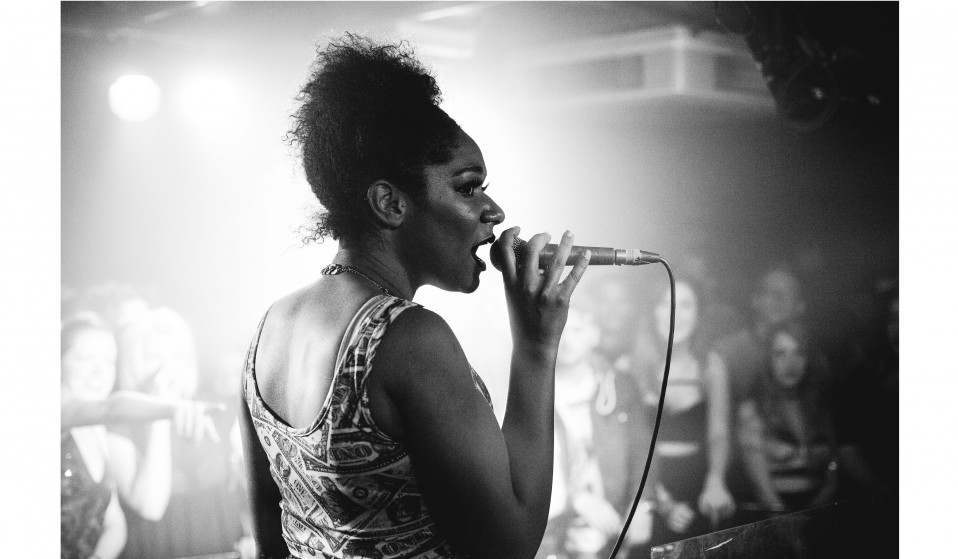 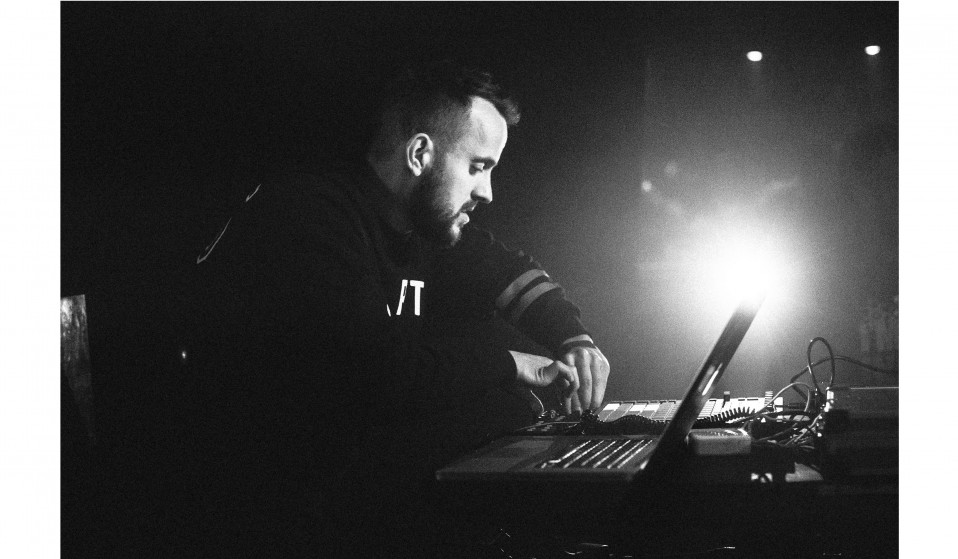 Anushka’s sonic kaleidoscope absorbs everything from 50s doo-wop to wonky house and beyond.

Anushka’s sonic kaleidoscope absorbs everything from 50s doo-wop to wonky house and beyond.

Anushka isn’t a person, but the place where a dazzling array of musical worlds collide. Hip hop, neo-soul, garage, 50s doo-wop, house, wonky house, techno, psychedelia, grime and breakbeat are just some of the labels that slip into conversation as producer Max Wheeler and singer/songwriter Victoria Port – the Brighton-based creative duo behind the project – explain how they met, share their influences and attempt to describe Anushka’s sound.

Our short chat in Brighton’s Pavilion Gardens makes it clear that genre is increasingly meaningless. It’s all just music; which Victoria and Max absorb and reinterpret, to frequently arrive somewhere neither of them expected.

Listening to their Broken Circuit LP feels like walking around Brighton (or any other equally music-loving city) dipping into venues from each of its overlapping scenes, but never staying in any one place for too long.

Bass music is perhaps the stamp that fits best, but Anushka draw as much from UK club culture as from classic American soul and jazz. Few record labels would know what to do with a group whose output is so varied – touching on multiple genres, yet rarely fitting into any of them entirely – but Anushka are perfectly at home on Gilles Peterson’s Brownswood Recordings.

How did you guys meet?
Victoria: Brighton, Brighton times! One of our mutual friends Tom runs a hip hop night here and I started doing tracks with him and performing at his nights. He didn’t have a studio, so we ended up recording at Max’s studio.

Max: Tom told me he was working with this amazing vocalist and asked if they could record at my place. That day I gave Victoria a few of my tracks, just to check out. I thought one of them was so weird – it’s a bit like techno and garage and with chop-up stuff – I didn’t know how anyone could put a vocal on it. Victoria came back the next day or something and had written the entire song, finished. Bang, we recorded it in almost one take and I thought, ‘Ah! this might work.’

Victoria: Ah! (laughs) We just got on, ate lots of cake and drank lots of coffee. Cake and coffee for the first six months.

Max: Victoria systematically fattened me up until we’d made an album.

So, Brighton had a big influence?
Max: We both stuck around after uni cause there’s just so much going on musically. Early on, we had this little crew and they were all artists or promoters. Each one of them would have something totally different on every night so we were all out every night. All of that crew are pretty much smashing it now. Everyone soaked up a load of influences and then were like, ‘Yeah I’m going to spend a year in the studio now.’

Victoria: That’s what I love about Brighton, and especially our little crew: there were never any competitive vibes, it was always about encouragement and I love that.

Max: Being an artist, you’re basically making something and you’re quite vulnerable. You’re offering up a part of yourself and putting it out in the world. You need people around you who will encourage you, and Brighton is like that. There are always people to say, ‘that’s a good idea, you’re on the right track.’

Are you both coming from a similar place, musically?
Victoria: I grew up on hip hop and jazz, so that’s kind of my first love. But I wanted a challenge. I was loving what I was doing but wanting something that was maybe slightly different.

Max: I think grime is our comfort zone. We were listening to a lot of garage and grime when we first started hanging out. We both came from hip hop. I used to make hip hop, and we both loved the same Rawkus/Mos Def period of hip hop around the turn of the millennium but I think both of us were wanting to do something a bit next. I noticed I’d give Victoria a beat tape and there’d always be one on there I’d think no-one will ever pick, but it was always the one she picked.

How do you guys go about making music together?
Max: My favourite bits are when Victoria’s written something as a soul tune, I’ve tried to make it as a house track, it hasn’t worked so I’ve put some jungle in it, and then we’re both like ‘oh this is getting there.’ Then it’s like ‘what it needs is a bit of techno and then some 50s harmonies’ and there you go, that’s Anushka. We both put in what we were listening to that day and sometimes it works… but sometime’s it’s just a bit too intense.

I’ve heard your studio is pretty special…?
Victoria: Max built his studio halfway through making the album. He physically built a studio out of wood.

Max: It’s in my garden. I had a little boy last year and it kind of meant the usual, ‘right, what am I going to do? How is it all going to work?’ In the midst of all the madness going on, I had a proper cement mixer in the back of my Golf, laid some foundations, got all the lumber and everything delivered, built a log cabin, put the studio in it and got everything set up. Two or three days of intense insanity, and then bob’s your uncle, I’ve got the best little studio I’ve ever had. Then with one week to go to finish the album my computer died, and I’m sat in my log cabin with my laptop going absolutely insane. But the thing is, I look at the album now and I can hear all of that in it and that’s what I like about it.

Anushka are on tour now and their Broken Circuit LP is out on Brownswood Recordings.

Linkedin
RELATED ARTICLES
OTHER ARTICLES
Ahead of the policing bill reaching its final stages in the Lords, protestors came together to rally against the legislation.
Hundreds gathered together to protest the policing bill by making as much of a racket as possible.
Photographer Yan Morvan revisits a radical moment in history, which saw the emergence of a fiercely-rebellious spirit among the UK‘s youth.
In 1984, Martin Shakeshaft set out to document the miner’s strike as it really happened, using his photography as a tool for activism.
Photographer Alice Mann reflects on capturing the camaraderie and discipline it takes to succeed in a highly-competitive sport.
The photographer reflects on building trust with his subjects and using the street as his studio.