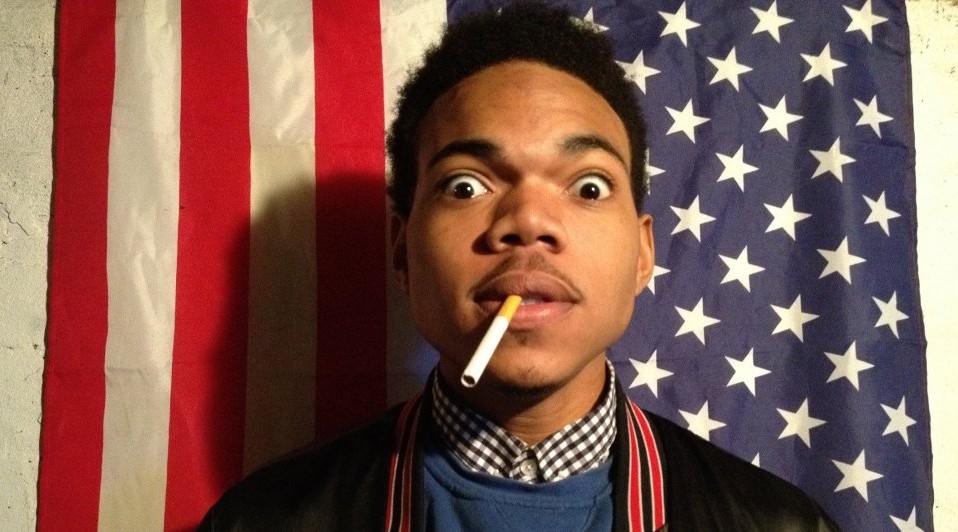 Chance The Rappers career so far has been punctuated by collaborations with major hitters and lesser-known artists who are just about to break. In the wake of last week's Surf release, we look at a handful of the best artists he's worked with.

Chance The Rappers career so far has been punctuated by collaborations with major hitters and lesser-known artists who are just about to break. In the wake of last week's Surf release, we look at a handful of the best artists he's worked with.

Chance the Rapper has been a busy man over the last couple of years. Since his breakout mixtape Acid Rap dropped two summers ago, the man born Chancellor Bennett has toured almost constantly, gathered a band around him and collaborated with a range of folks from Action Bronson to Justin Beiber. In the meantime, Acid Rap was still sinking in. It was a celebratory record, tripped out on soul samples and yelps, underpinned by a wry sense of humour before veering into existential crises.

He also managed to drop a steady stream of impressive new material in that time, further building the weight of expectation on the protracted new record, Surf. He even managed to release a cover of the Arthur theme tune and make it feel life affirming for a whole three minutes.

Surf dropped last Friday. Without warning, as promised, and for free. It’s excellent.

But Chance’s name doesn’t make the cover. Instead, Surf is credited to long-time collaborator Donnie Trumpet and Bennett’s new band, The Social Experiment. It’s also a free-for-all in many respects. Busta Rhymes, B.o.B and Janelle Monae appear on the same track and it’s excellent. If that sounds unlikely, give the full LP a listen here.

He’s been bringing in talented artists to work with him for a while, though. Here are some of our favourites.

Making a list about Chance The Rapper’s collaborations without looking at the collective that spawned him would be sacrilege. Savemoney is a hub for excellent music in Chicago and is starting to get the recognition it deserves. It will take you a couple of days to get through the back catalog, though.

Since appearing on Acid Rap with a verse on ‘Lost’, Chicago’s Noname Gypsy has been working on debut EP Telefone almost non-stop. Her verse on ‘Warm Enough’ is one of Surf’s highpoints, lyrically dextrous and insightful, but in no way surprising given the staggering tracks she’s put out in the past couple of years.

The most internationally acclaimed of the SaveMoney collective other than Chance, Vic Mensa got his start in indie band Kids These Days before striking out on his own after the group’s demise. He’s since been signed to Roc Nation and worked with Kanye West on the back of some quality releases in the interim.

Vic Mensa said that Towkio Shawn got his name because he’s called Shawn and he’s from Tokyo. Solid logic. He’s also supremely versatile, so start with 2013’s .Wav Theory and move from there.

A lead actor in one of the best TV shows of all time and a worthy stand-up comic, Donald Glover’s output as Childish Gambino hasn’t really been treated with the respect it deserves. Because The Internet is a genuinely important record, confronting the contemporary head-on. His freestyle on Rosenberg, above, is excellent.

Tahj Chandler is 20-years-old which, given his accomplishments as a producer and rapper already, seems absurd. Last year’s full-length ComfortZone demonstrated the extent to which he’s honed his talents since starting out in his teens, and his production work for other artists is unmistakable.

It makes sense that 21-year-old Donnie Trumpet has his name on the cover of this record – his fingerprints are all over it. The excellently titled Donnie Trumpet & Emilio Chestevez – essentially a collaboration with Vic Mensa – was the precursor to Surf and a properly fun 20 minutes.

Linkedin
OTHER ARTICLES
A 37-year-old woman shares how her abortion led her to become a clinic worker, and the abuse she’s received in that role.
The workforce is now gearing up for industrial action after receiving a measly pay rise, reports Ella Glover.
The idea that a younger generation is abandoning work has become a popular narrative online, but it doesn’t necessarily reflect reality.
Following the announcement of an 80% hike in the energy price cap from 1st October, crowds gathered outside the offices of energy regulator Ofgem to protest and declare their intention to undertake a payment strike.
With skyrocketing rents, packed out viewings, bidding wars and more, renting in London has never been harder.
In his 2008 series, the photographer pictured himself as Angela Davis, Martin Luther King Jr., Malcolm X, and other prominent figures.