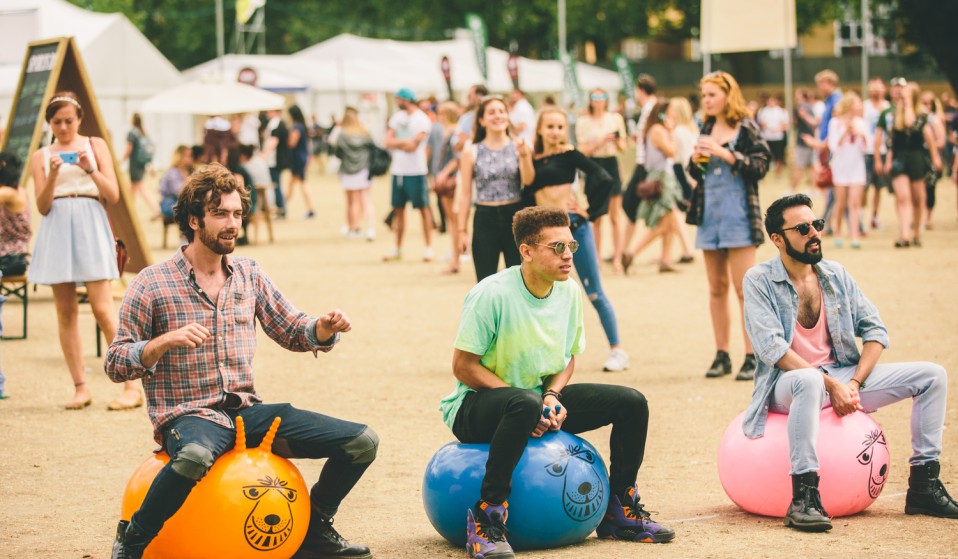 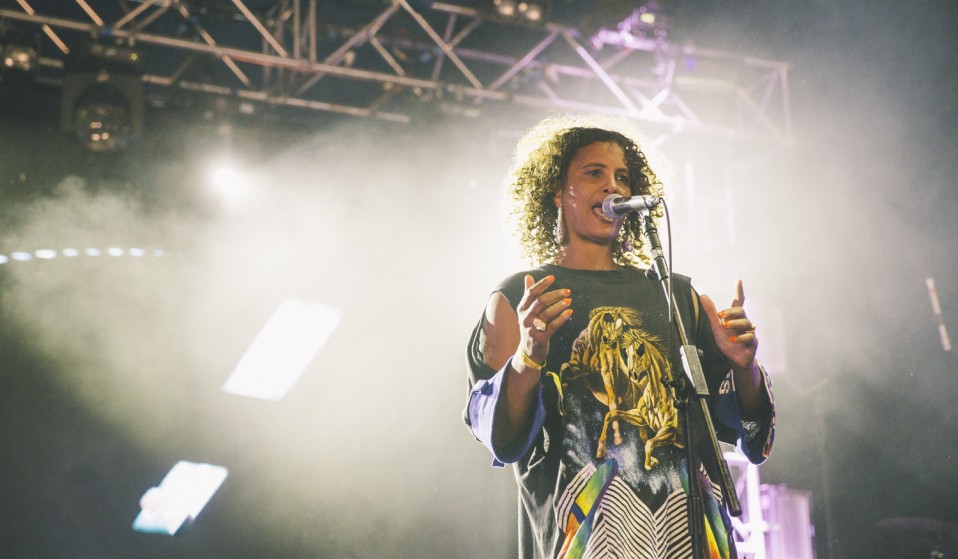 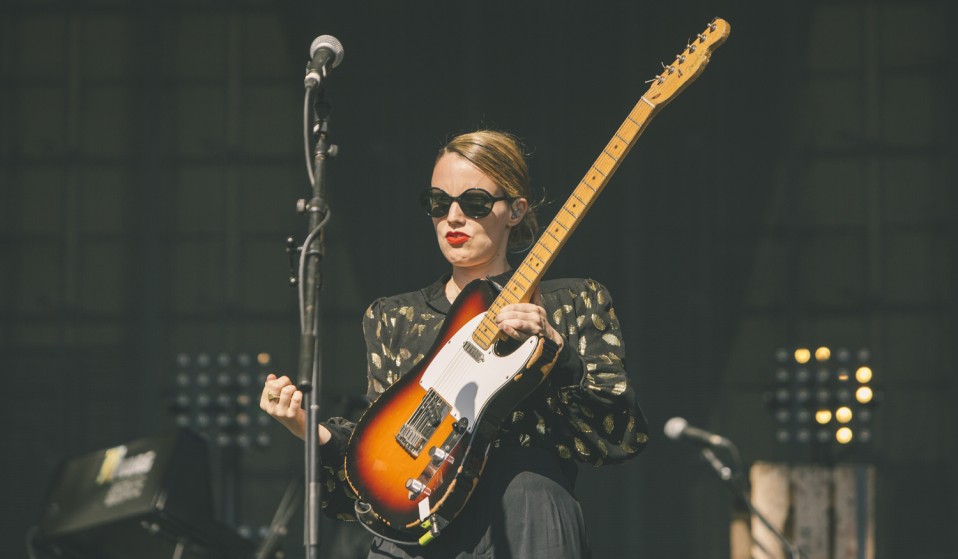 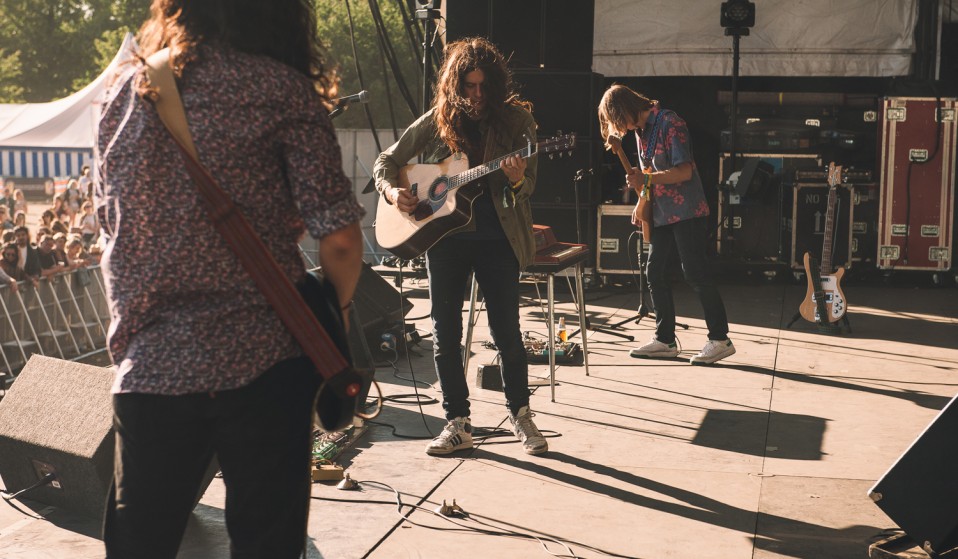 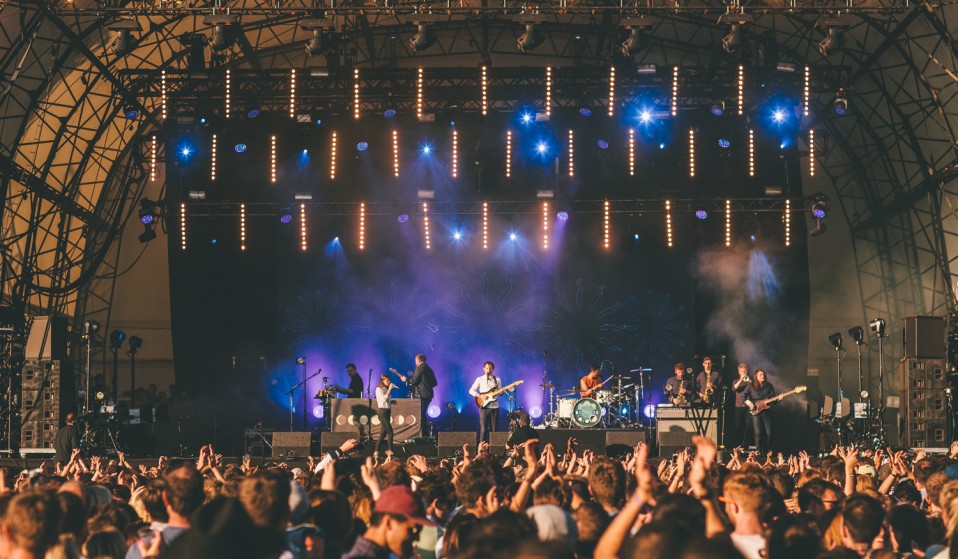 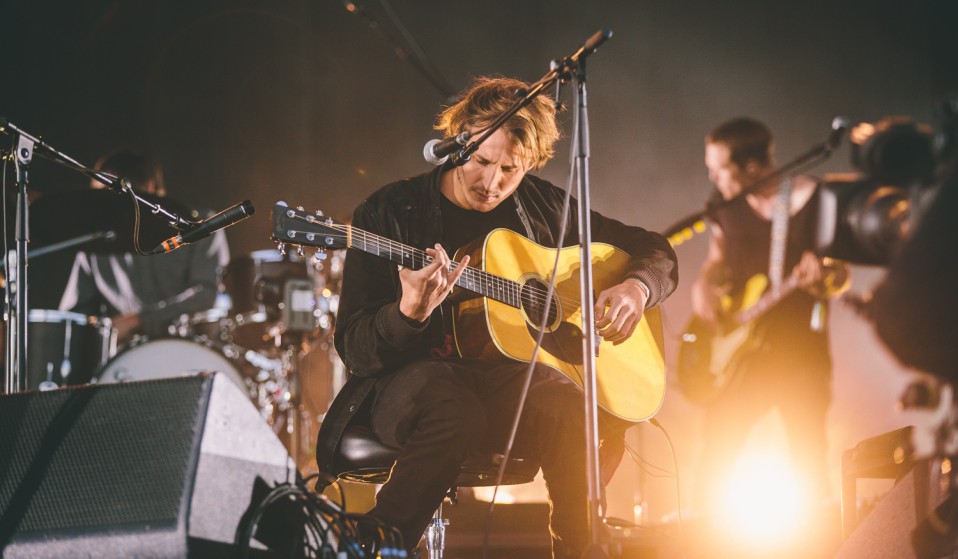 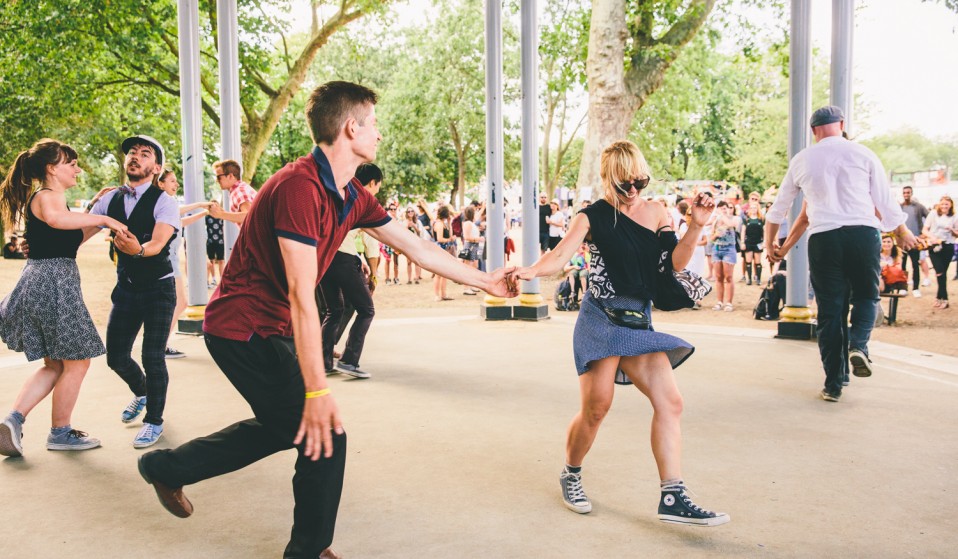 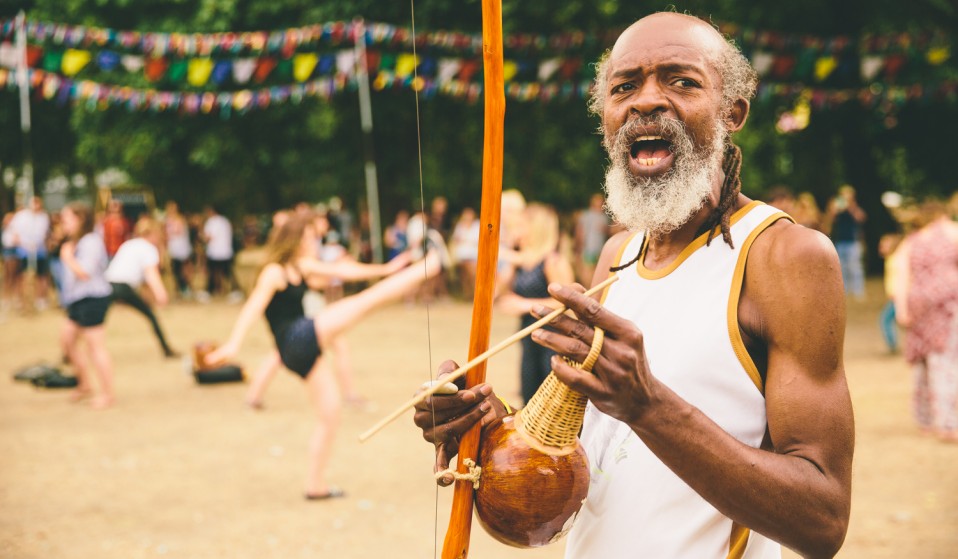 The first ever Citadel Festival announced its presence with a glittering lineup and good vibes in East London’s Victoria Park.

The first ever Citadel Festival announced its presence with a glittering lineup and good vibes in East London’s Victoria Park.

The clock strikes five. Summery afternoon light is streaking through the dust and colouring everything in sight with a  golden filter as the inaugural Citadel Festival brings a weekend of live music and festivities to an end in East London’s Victoria Park. Within the temporary sanctuary from the madness of the city outside its walls, groups of friends are walking in all directions, trying to catch as much as they can of the immense programme of music and activities on offer.

At the Soundcrash stage near the entrance, the crowd is eagerly awaiting Roots Manuva and his reggae and dub-tinged hip hop. Home to the some of the festival’s more experimental sounds, the big tent also plays host to Seun Kuti’s (son of legendary Fela) modern afrobeat, rapper Neneh Cherry backed up by electronic duo Rocketnumbernine and the mesmerising voice of Andreya Triana.

As the dapper Brixton-born Roots Manuva takes the stage — joined by two backing vocalists, a bass player, drummer and a DJ — it’s not long before the crowd are bopping to his Kingston-flavoured chart toppers ‘Witness’ and ‘Get Get’. With the audience firmly on side, he shifts gears into the Machinedrum and Four Tet-produced future-bangers from his recently released EP, ‘Like A Drum’ and ‘Facety 2:11.’ 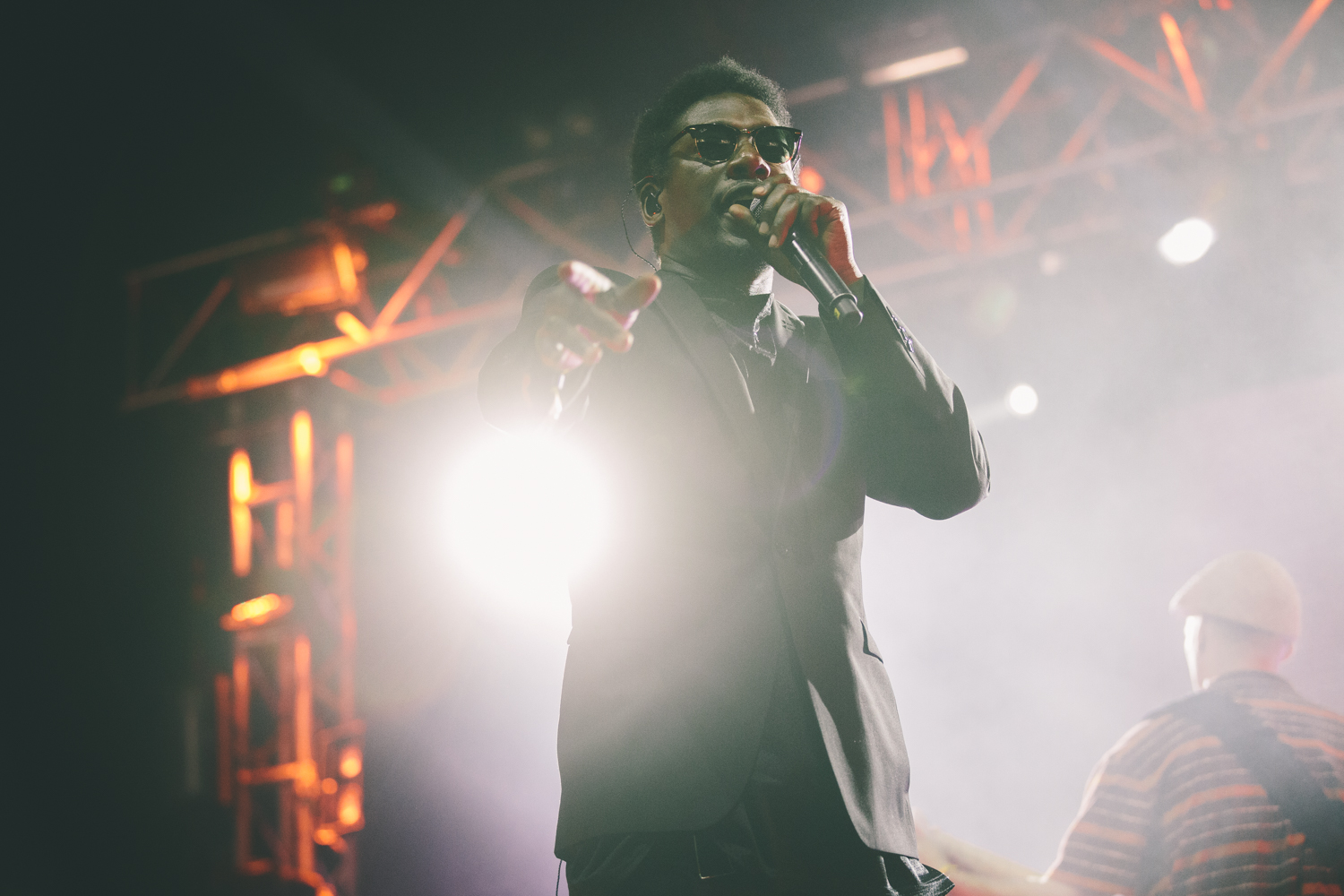 A dazzling array of sideshows, a stellar line-up of food trucks, talks and even a slightly surreal grown-ups sports day, fought for attention but like any other summer festival, Citadel’s main draw is its solid main musical lineup. The main stage was graced by acts like Kurt Vile & The Violators’ slacker sounds, Bombay Bicycle Club’s energetic, wanderlusty rock and Anna Calvi backed by The Heritage Orchestra. At the other end of the festival site, Nick Mulvey’s jazzy vibes attracted swarms of people away from the lure of the main stage, as did Dan Croll’s multi-layered electronic pop.

Despacio, curated by 2ManyDJs and James Murphy, presented an altogether different experience: a ballroom of sorts with a mirror ball at the centre and glimpses of strobing lights flashing within an enveloping darkness. Next door, beach volleyball added another sporting activity to Citadel’s quiver and the park bandstand got all attendees working up a sweat with an array of dancing and swinging acts. Further along, a carnival of doings and goings-on: skateboarding halfpipes, comedy tents, DIY studios and more besides. 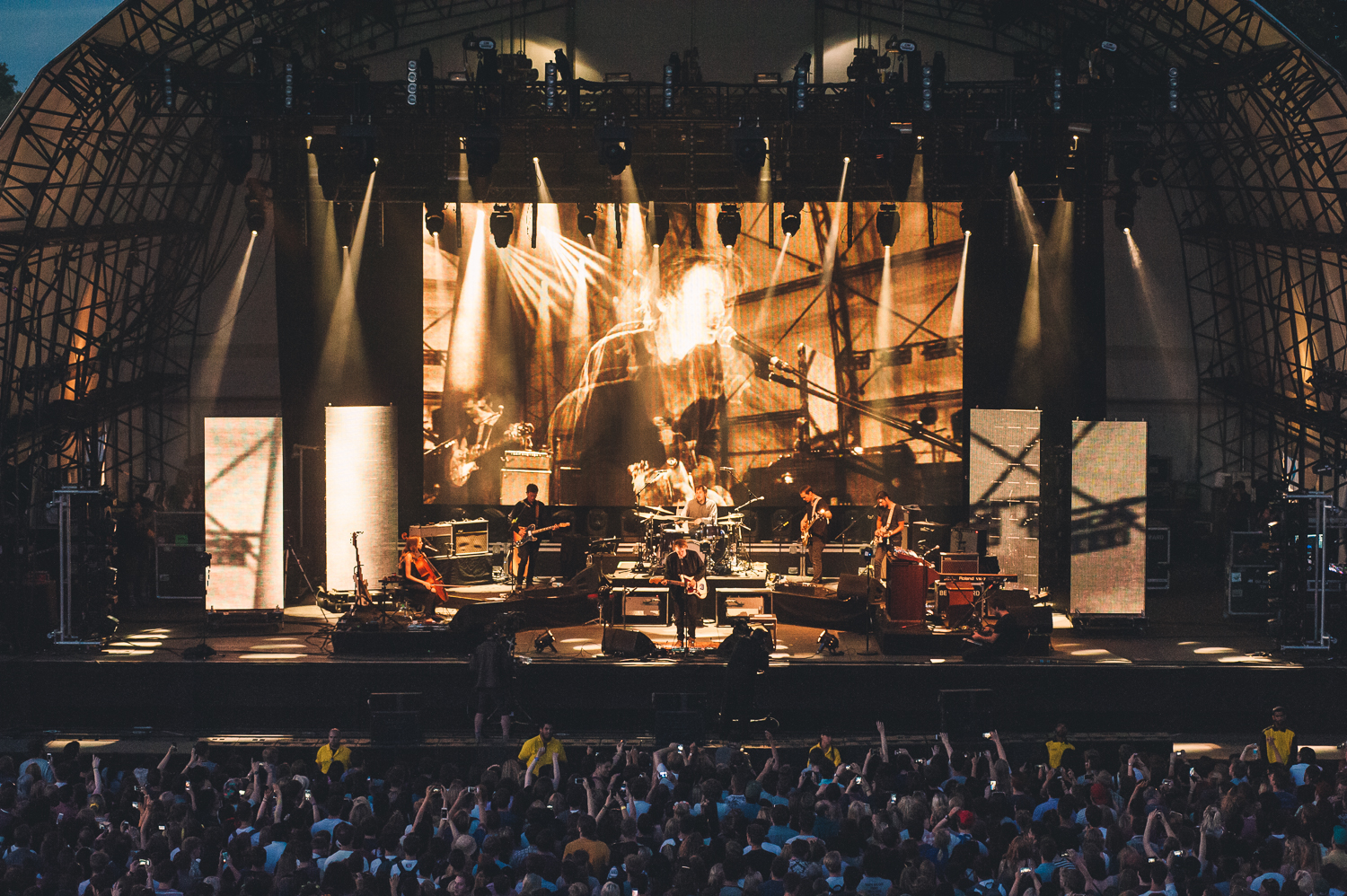 After the sun set, Ben Howard’s melancholic, tear-jerking surf-folk brought the curtain down on the whole event. As the phenomenal lightshow came to an end, the crowd filtered out into the warm summer night, hopeful that this temporary musical sanctuary in the heart of the city would return again next year.

Find out more about Citadel Festival.

Linkedin
RELATED ARTICLES
OTHER ARTICLES
A 28-year-old from Texas was forced to travel across state lines for an abortion that would save her life and end a pregnancy that her baby had no way of surviving.
An abortion storyteller talks about the termination of her pregnancy and the harassment she’s received for sharing her story online.
Steel City is often overlooked when it comes to the country's cultural radar despite its role in shaping electronic music.
Last week, Tower Hamlets council removed its nudity-restricting licensing conditions in a huge win for London’s kink community.
A woman from Texas explains how she was forced to consider the criminal liability she might face for medication abortion over her health.
Students are being left to languish in unsafe housing, in some cases leading to serious health complications.