Art & Culture / Music / Top Picks / From Paris to Havana, Ibeyi take beats from the past to create prayers for the future 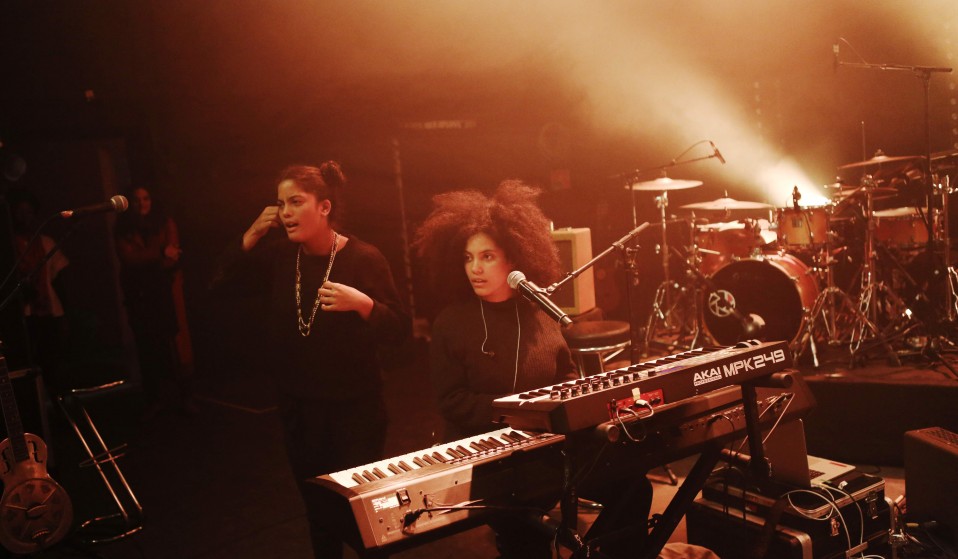 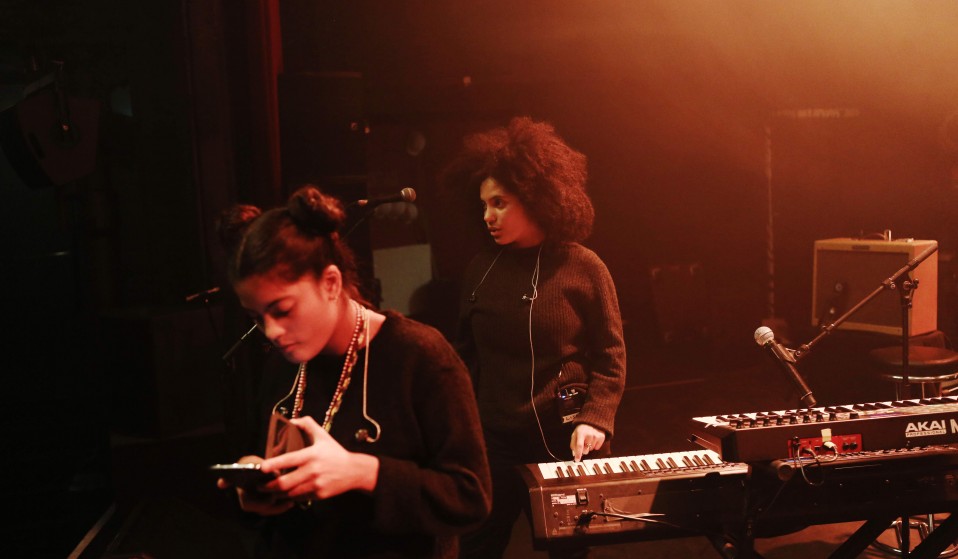 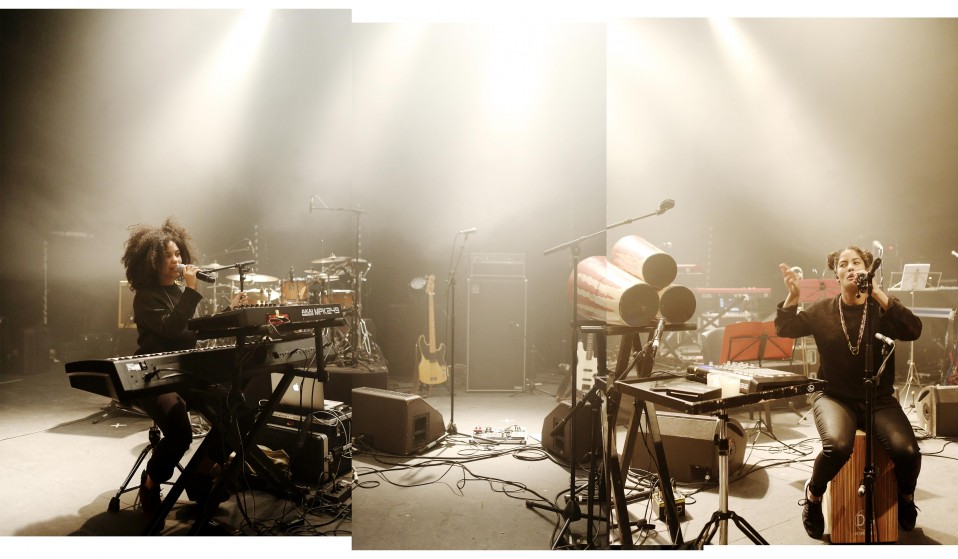 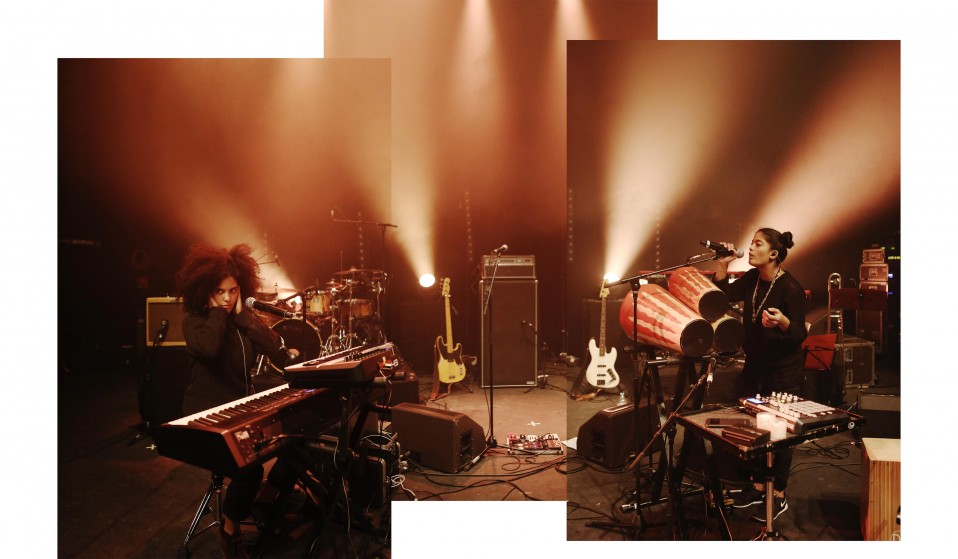 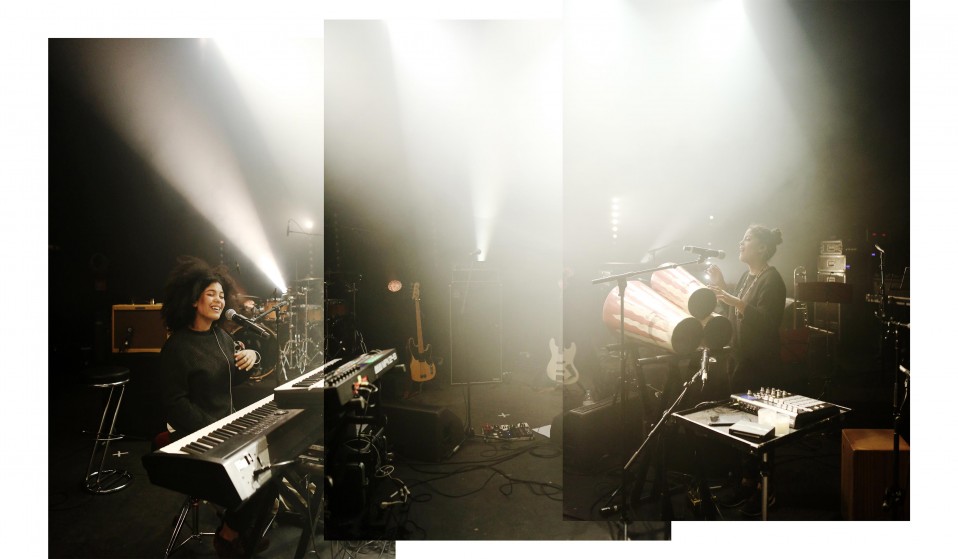 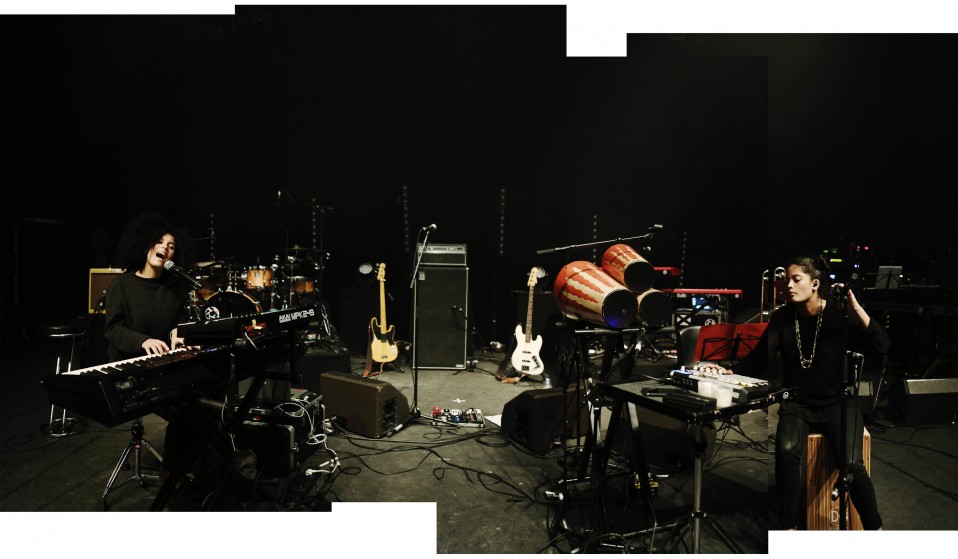 “I’m so sorry for my English,” apologises afro-haired Lisa-Kaindé Diaz, sitting beside her twin Naomi who’s playing with her long curls. Together as Ibeyi, the nineteen- year-old sisters make sparse beat-driven music that’s as euphonious as their French accents. And the industry is addicted. As soon as our Skype call ends they’ll rush off to yet another important meeting. The interview is hectic – the ultimate cross-cultural experience: the French-Cuban artists from Paris, who sing in Yoruba, and the Greek journalist from Berlin writing for a London-based publication. We speak in English, a second language to all, but share a love for Jay Electronica – the US rapper the girls just covered with their version of ‘Better In Tune With The Infinite’. The sisters’ energy is infectious – even mediated through a screen.

Ibeyi means twins in Yoruba, a Cuban language that, as the girls explain, “is only spoken by priests these days.” Their father was Miguel ‘Anga’ Diaz, percussionist and conga player for the renowned Buena Vista Social Club, who died when the girls were eleven. The twins spent the first two years of their lives in Cuba and visited it throughout their childhood in the ’90s – a particularly difficult era for the island country that Castro termed The Special Period in a Time of Peace. When the Iron Curtain fell in 1989, Cuba lost a trade partner in the Soviet Union and entered an economic downturn that unfolded as fuel shortages, daily blackouts and deepening austerity. But the sisters’ memories of childhood come with the usual feel-good nostalgia. The shortages in Cuba and the lack of a digital infrastructure provided them with an appreciation for the simpler things in life. “For us, experiencing France and Cuba was the best of both worlds. Cuba was just a different way to live,” says Lisa. “It didn’t matter that there was no digital life.”

As well as being vivacious, the twins are openly sisterly. They finish one another’s sentences and look to each other for help translating French expressions into English.

“We fight all the time, about tiny things and stupid stuff,” says Lisa.

“We’re so different. I used to think it’s just because we’re young, but we are just two very different people making one thing that works,” says Lisa.

This dynamic and duality is obvious in their sound. Ibeyi blend a strong sense of tradition with a mission to break conventions. They combine classical afro-latin rhythms with jazzy, soulful melodies, then distill things down for contemporary ears with electronic elements and production techniques from hip hop.

They don’t shy away from existential topics, either. “Our debut is about family, prayers, death and life,” says Naomi, of new release on XL Records – an independent label that’s long had its ear to the ground. With a roster that stretches from Jack White to The xx, Sigur Rós to M.I.A, XL is the ideal home for Ibeyi in a culture that is increasingly non-linear.

“I guess our songs are ‘negro-spiritual’,” adds Lisa, reaching for a definition, “but in a contemporary way. I would say our songs are like prayers.”

In an internet age where place matters less and culture matters more, Ibeyi sing partly in English to appeal to a wider audience, and partly in Yoruba to pay respect to their roots. “It’s a legacy. We continue what millions of people for thousands of years sang before us,” says Lisa, about the language that was brought from Nigeria and Benin to the Caribbean via slavery. You can hear in their songs how much language means to them; their arrangements go beyond just making words and rhymes fit a certain cadence.

As life moves online and faraway places feel more accessible, experiencing new cultures can be a catalyst for creativity. And ideas are everybody’s business. But unlike pretenders in the game, Ibeyi don’t borrow from cultures they do not know. Lisa expresses a weariness for the massive amount of songs, self-made EPs and bedroom-producers the internet has fostered. “Everybody wants to be an artist,” she says. “Everything has been said already, so you have to be special as an artist and do something new.”

It may be a challenge to create something that sounds unheard of, but the Diaz sisters don’t innovate for the sake of innovation. By simply tapping into their roots, and harnessing their own creative tension, they’ve found a way to bring something new and effortless to the table.

And it won’t stop here.

“I hope our music in ten years time will be deeper and with even more influences,” says Lisa.

This article originally appeared in Huck 47 – The Julian Casablancas Issue. Grab your copy from the Huck Shop or subscribe to make sure you don’t miss another issue. Get the digital version on Zinio.

Linkedin
RELATED ARTICLES
OTHER ARTICLES
Julian Casablancas, frontman of the Strokes, is ready to speak to power. In 2014, he rallied together a new band and put out his first protest record. But what was the driving force behind this new move?
Roll over YouTubers and make way for Wisdom – an overnight success story that took a decade of hard graft.
Talking politics, brunch, and post-9/11 NYC with frontman of The Strokes - aka the big JC.