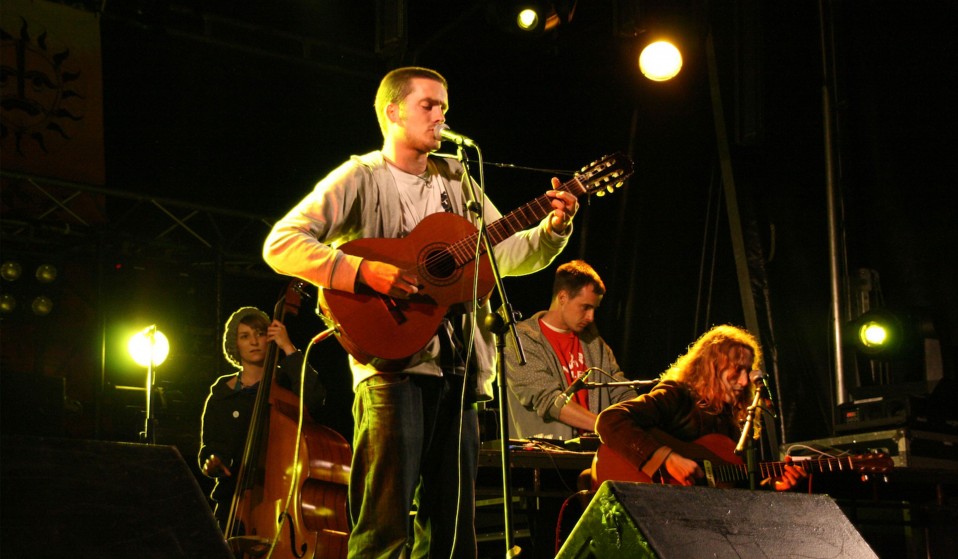 Dizraeli & the Small Gods call for donations to get into the studio and promise to share proceeds with Stonewall.

Dizraeli & the Small Gods call for donations to get into the studio and promise to share proceeds with Stonewall.

“It is insane to us that in 2014 homophobia is still rife,” announce UK alternative hip hip group Dizraeli and the Small Gods on their PledgeMusic page to fund the recording, release and music video for their new single ‘The Depths’.

An acoustic version is available online but the band claim the finished article will be “a bumping hiphop track infused with outstanding weirdness. Think Bjork meets J Dilla, and you’re just about circling the turd. It’s also an exploration of homophobia, masculinity and the crookedness of a society where people are still hated for the way they love.”

Dizraeli is no stranger to the DIY approach, self-recording his first solo record in a squat in Lewes in 2009, and not afraid of broaching political and other controversial issues in his music.

With this latest release Dizraeli & the Small Gods are confronting homophobia – an issue rife in some corners of the hip hop world – in their own engaging style and donating 20% of all money raised beyond their funding goal to Stonewall, who campaign tirelessly for equal rights for lesbian, gay and bisexual people.

Support Dizraeli & The Small Gods’ PledgeMusic project or catch them live at The Jazz Cafe, London on Thursday, 13 November.

Linkedin
RELATED ARTICLES
OTHER ARTICLES
Government plans to make it harder for people to go to university will only entrench inequality.
In the last of our dispatches from OFFF Barcelona, Rufus Deuchler and Vincent Gault discuss the future of creative process.
The situation in Afghanistan remains dire, with many groups facing persecution at the hands of the Taliban.
A new documentary explores the government’s efforts to quash the protest movements of the late ‘60s by any means necessary.
New legislation is set to make it more difficult to hold Israel accountable for its human rights abuses.
Photographer Robin Graubard’s debut book offers an unflinching record of turbulence and change across the Balkans.