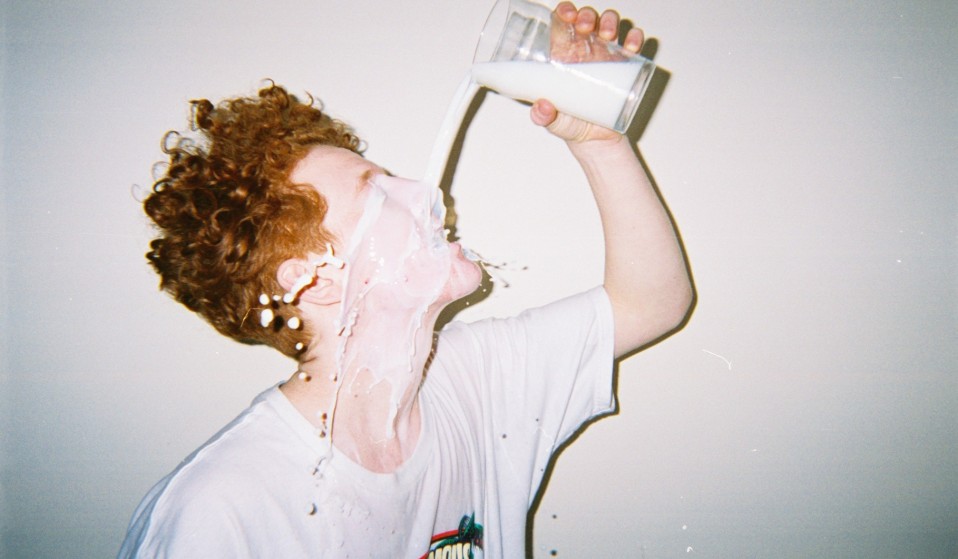 Cheerful and dreamy, Healey’s youthful enthusiasm and spontaneity are reflected in his life and music. He drives around in an impulse-buy old limo (more on that  later), used to be an amateur boxer and has a healthy sense of humour, as displayed in this apologetic note to his neighbours.

Malibu HD was inspired by 80s films with an underlying sci-fi vibe, although you might not notice it unless you know. “I started out with a crazy bold concept that was just ridiculous,” says Healey, “There was radio noise over it all, but then I kind of cut all of that junk out and made it a little bit more normal.”

Healey recorded most of the EP himself, apart from the bass and drums, which he got friends to do for him. He recently filmed his first music video for The Subterraneans with some friends, featuring a cake and balloon-filled party in the back of his vintage four-wheeler.

So what’s the story behind this limousine, fast approaching iconic status? “I wanted to buy a van,” says Healey, “The guy that I buy my cars from has really unusual stuff, I always come back with something that I didn’t mean to come away with. And he said ‘I haven’t got a van, but I’ve got this limo.’ And I thought about all the cool bands that have done stuff in limos. So I kind of copied Neil Young a bit and bought it,” he laughs.

For all its nostalgic value, it’s lacking in practicality. “I’m a bit sick of it now,” he chuckles, “Trying to park it… it’s good if you’re going to a gig and you can get everyone and all the equipment in. But when you want to go buy a pint of milk from the shop you look like a bit of an idiot.”

But parking issues won’t get Healey down. He’s got a second EP ready and is determined to release his own album. “I haven’t planned out when I’m gonna do it all yet. But I’ve got enough songs to do about 62 albums,” he laughs.

So where does he see himself in 10 years? “I wouldn’t say I want to be huge, like Elvis Presley. I mean, I would like to be Elvis Presley, but I’m not going to wait on that high just yet. Just living off music, maybe have a Bentley or something like that. Sweet wife and kids. Maybe I’ll be a little bit taller by then…”

It doesn’t sound all that radical. “Yeah, take it easy,” he chuckles, “Maybe I’ll have some facial hair by then as well. Who knows, I could have a beard.”

Willie J Healey will be celebrating his debut EP with a launch party at The Library, Oxford, 13 May. He’s playing Rough Trade Wast, London, on 19 May.