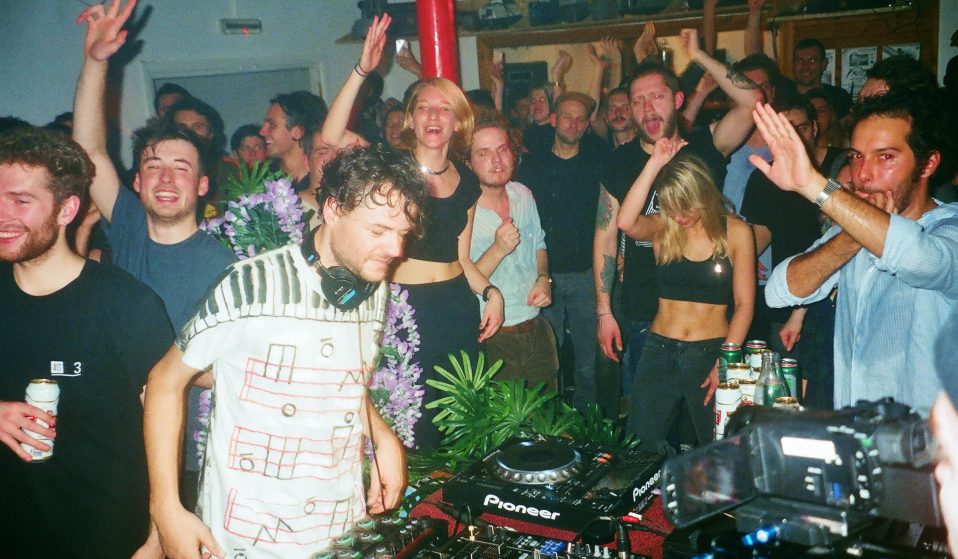 Dalston’s Total Refreshment Centre closed as a music venue a year ago – and although it may be gone, its legacy lives on. In her new book, Make Some Space, journalist Emma Warren explores why this pivotal space did so much for the capital’s creative communities.

Dalston’s Total Refreshment Centre closed as a music venue a year ago – and although it may be gone, its legacy lives on. In her new book, Make Some Space, journalist Emma Warren explores why this pivotal space did so much for the capital’s creative communities.

“This is any unassuming building where Something Happened,” reads the opening line of Make Some Space: Tuning Into Total Refreshment Centre.

The book traces the history of Total Refreshment Centre (or TRC), a unique DIY space in East London which closed as a music venue last summer. Published by journalist and broadcaster Emma Warren in April, it uses interviews and archives to dig deep into the history – both physical and cultural – of this pivotal place.

TRC was adapted over the years by different generations of creatives to fit their requirements, going from a Caribbean social club in 2012, to a music venue, and then a recording studio. Its freewheeling, off-the-cuff gigs and club nights have fed into London’s music scene for years: artists who performed there tended to come from within the jazz community, but also drew on everything from Afrobeat and grime, to drum and bass and hip-hop. Over time, the venue flourished into a training ground for many of the UK’s current shining jazz lights, such as Nubya Garcia, Shabaka Hutchings, Ezra Collective and The Comet Is Coming.

But it wasn’t just up-and-coming jazz stars who honed their craft at TRC. The studio side of the space was often inhabited by punk bands like Snapped Ankles, and nights like KrautRock Karaoke brought together people from all ends of the musical spectrum. “Damo Sazuki [former frontman of krautrock group, Can] was there once,” Emma remembers. “And they decided who was going to be in his band by pulling names out of a hat. Alexis from Hot Chip was at one, Bo Ningen were there, Leo Taylor… lists of people in bands just on stage together like they were at school, with their names being picked out of a hat!”

In her book, Emma argues that this sort of semi-organised chaos – and the art that comes out of it – is something only spaces like TRC can facilitate. “Physical spaces are really important,” explains Emma. “People need to be in the room together, to talk and commune and hang out. The physical space is really important for people to be able to grow as musicians.” 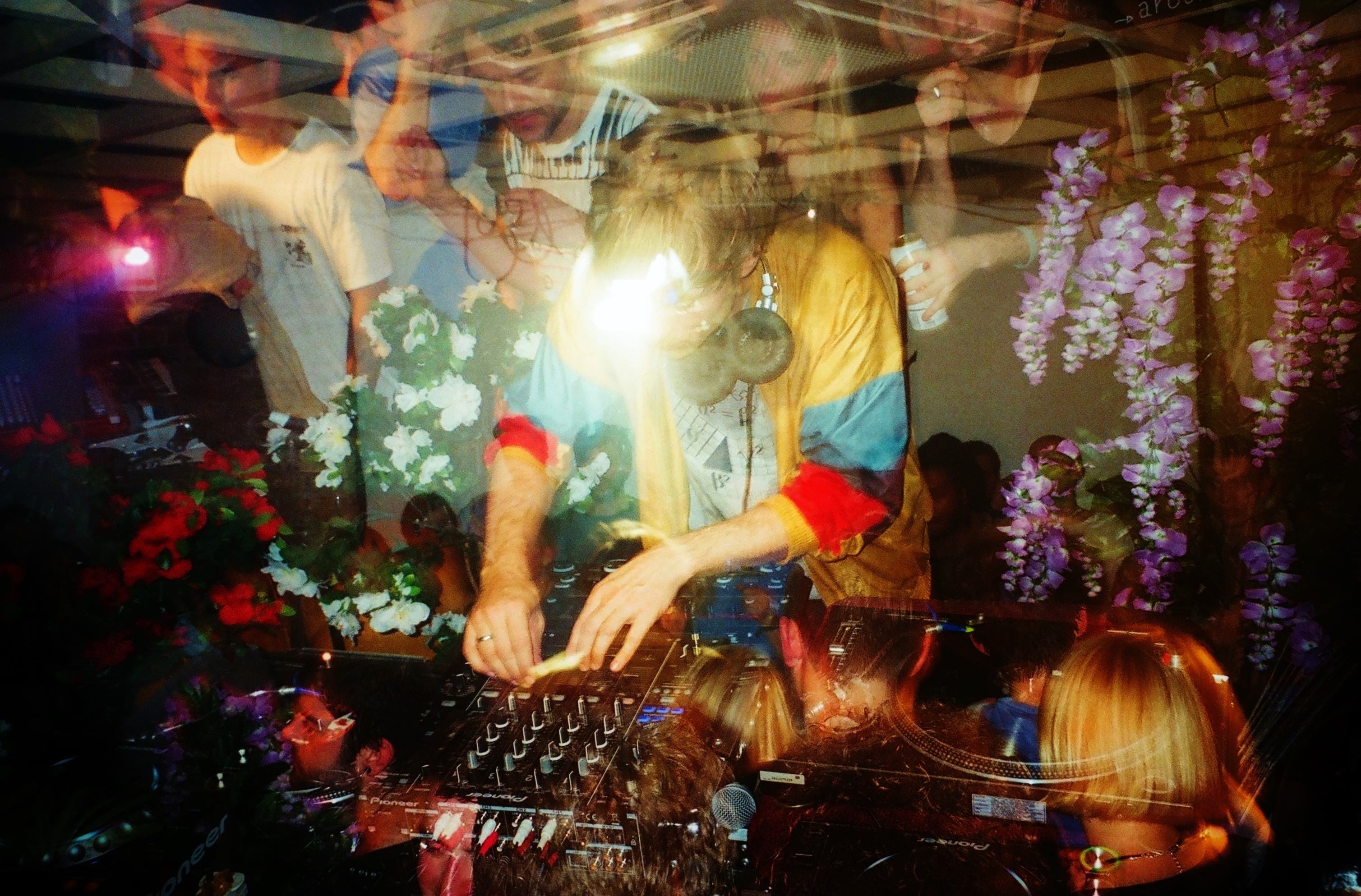 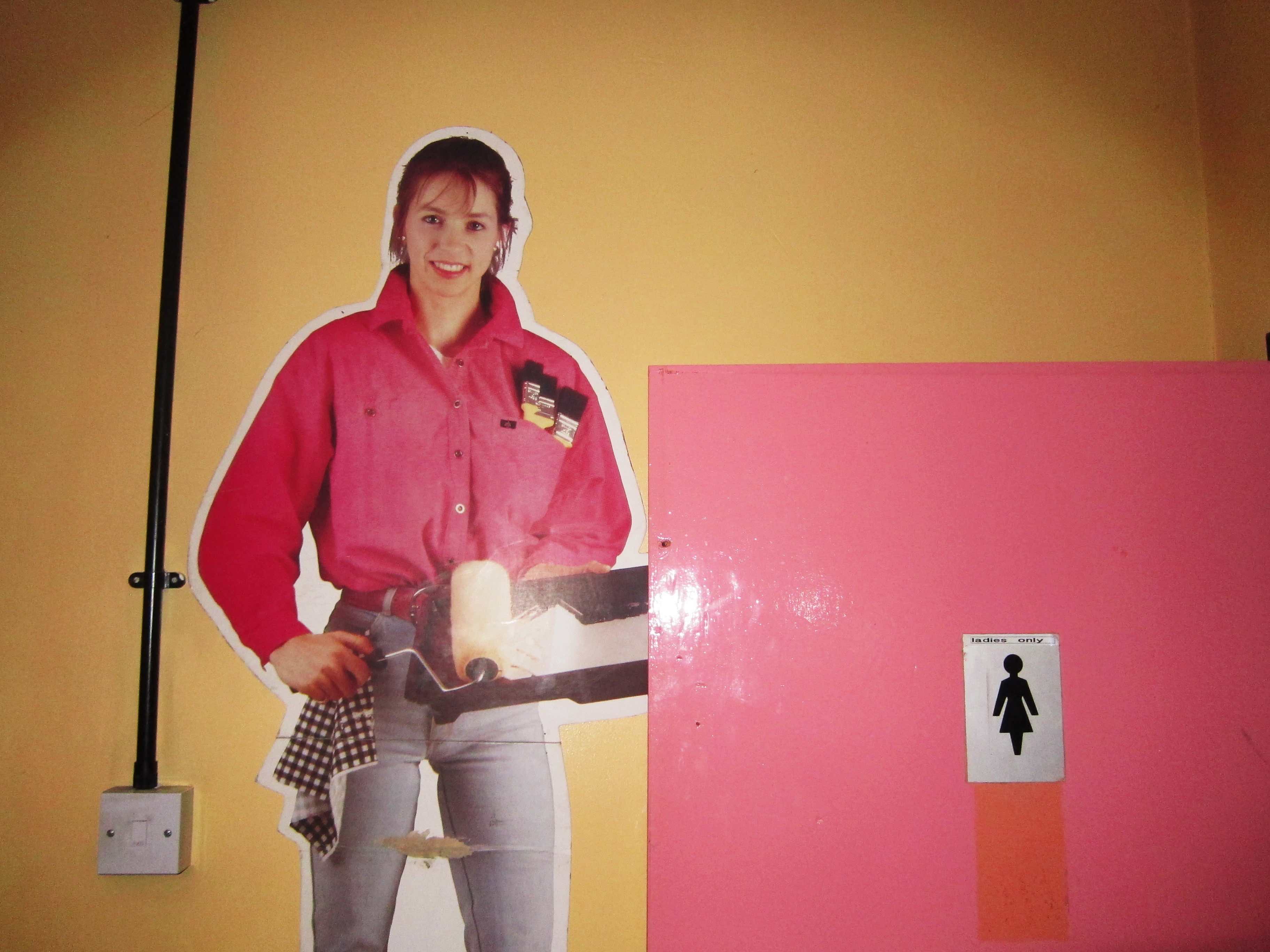 But physical spaces like this are under threat. London, for example, has lost at least 100 youth centres since the 2011 riots, according to new figures. Based on data supplied by 26 of London’s 32 boroughs, the number of youth clubs has fallen from 234 since 2011 to 130 this year – a net loss of 104 sites. There are also 38 per cent fewer nightclubs in the capital than in 2007, according to City Hall.

While TRC still functions as music studios, its closure as a DIY venue last year acted as a symbol for the capital‘s growing exclusivity. But Emma says London’s loss can be other cities’ gain: in places like Liverpool and Glasgow, it’s still entirely feasible to have a part-time job in a cafe or bar and be in a band, or rent a studio in which to make art. There are also those being creative about the way they make space: taking over places temporarily on a short-term basis, or constantly moving around, with a more fluid attitude than perhaps the generations before them.

Touching Bass – the flourishing South London-based community, monthly dance, curatorial platform, record label and biweekly NTS Radio show – serves as a good example. Taking over spaces like Peckham’s Tasty Bakery, a Loughborough Junction-based West African restaurant, or a Limehouse rehearsal studio/house on a function-by-function basis without a permanent home, they use a text messaging service akin to the UK garage era to let people know where to turn up. As well as this, organisations like Grow Tottenham – formerly Grow Elephant – put on club nights and community projects in disused urban spaces, before developers have a chance to begin building.

Touching Bass founder Errol Anderson has fond memories of TRC. “For better and for worse, it was a real playground,” he says. “But beyond the sometimes hectic organisation existed a space which was truly open to just try things out. I did countless sessions there as a music programmer at Boiler Room, and can safely say that no experience was identical.”

“To this day, no venue has ever opened its doors like that and honestly asked, ‘Here it is, what do you want to do with it?’ on a regular basis. I won’t ever forget that.” 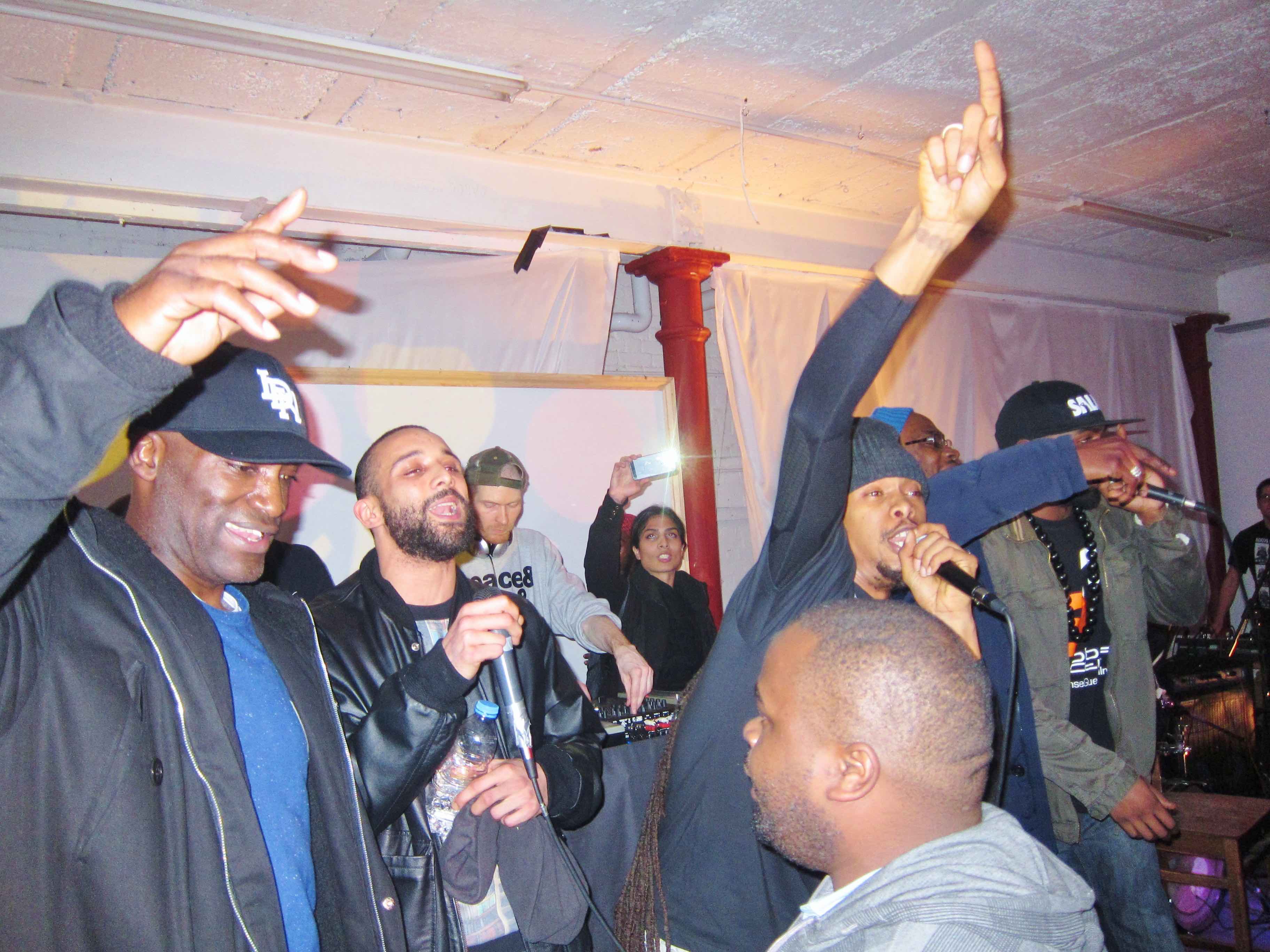 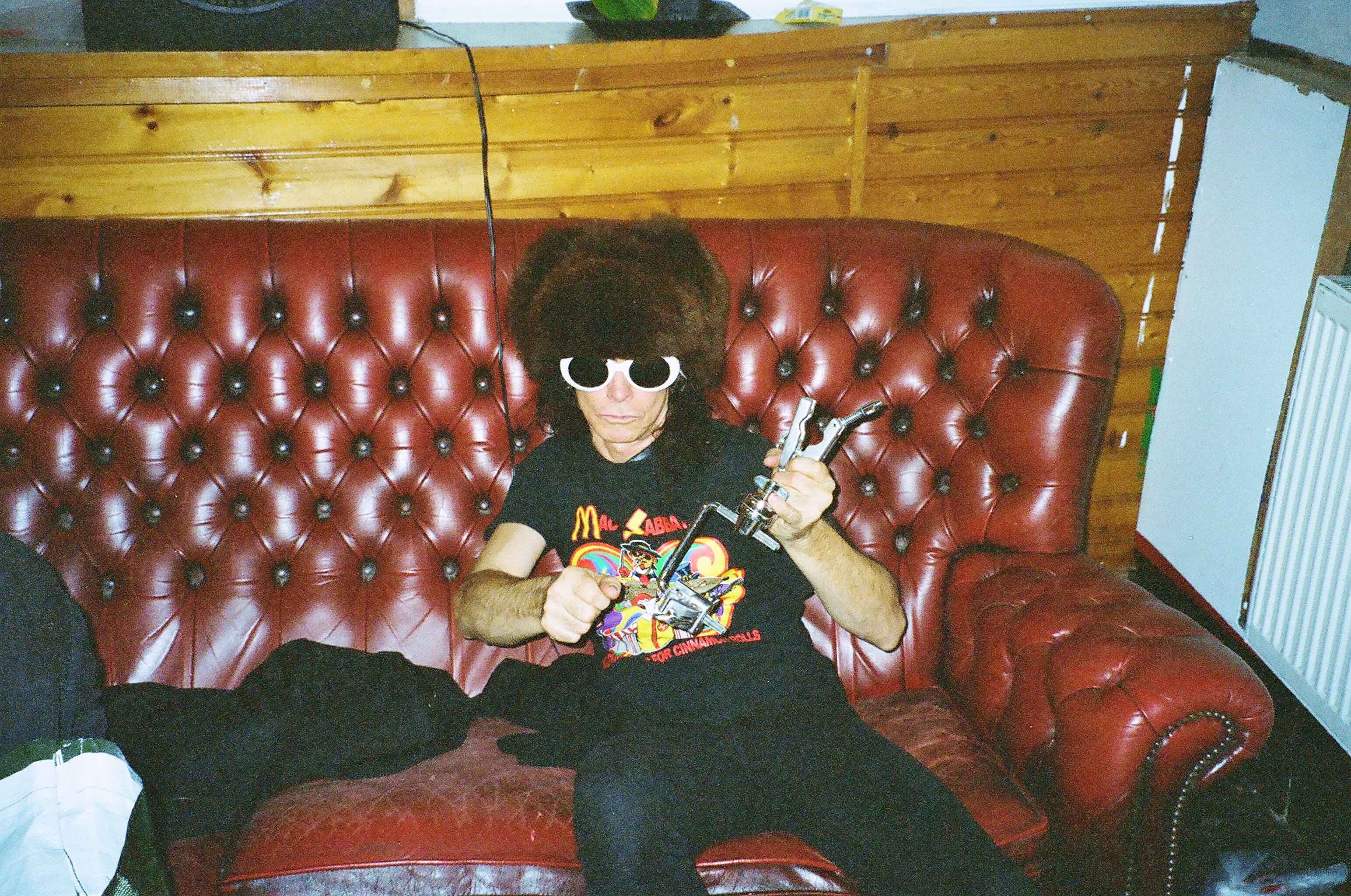 However, he says, “this constant striving for new spaces isn’t new or necessarily original.”

“For generations, black and brown communities have had to get creative and act resourcefully in order to skank in peace; whether it’s a bakery, youth club, community hall or whatever else,” he says. “I’m driven by the fact that what we’re doing as Touching Bass needs to exist in the physical realm. People meeting people in the flesh.”

“I actually remain optimistic that creative communities will somehow still find a way to take up space in the future. From a sociological perspective, it’s becoming more and more difficult but there’s a real human need for ‘IRL’ interaction and if history tells us anything, adversity isn’t a match for perseverance. It just means that we have to get more and more creative. Unless virtual reality gets to a place where it can fully mimic real life, there’ll always be an urge to link up. You can’t two-step with an avatar just yet.”

Emma is concerned about the loss of space but, like Errol, remains confident that communities will continue to make it for themselves, one way or another. “Where have our spaces gone, and who will restore them to us?” she asks. “But people are incredibly resourceful. They know what the constraints are, and they operate within those constraints. And that’s unbelievably impressive, especially with rising rents, housing insecurity, rising cost of living…They are all heroes. I have so much respect for them.” 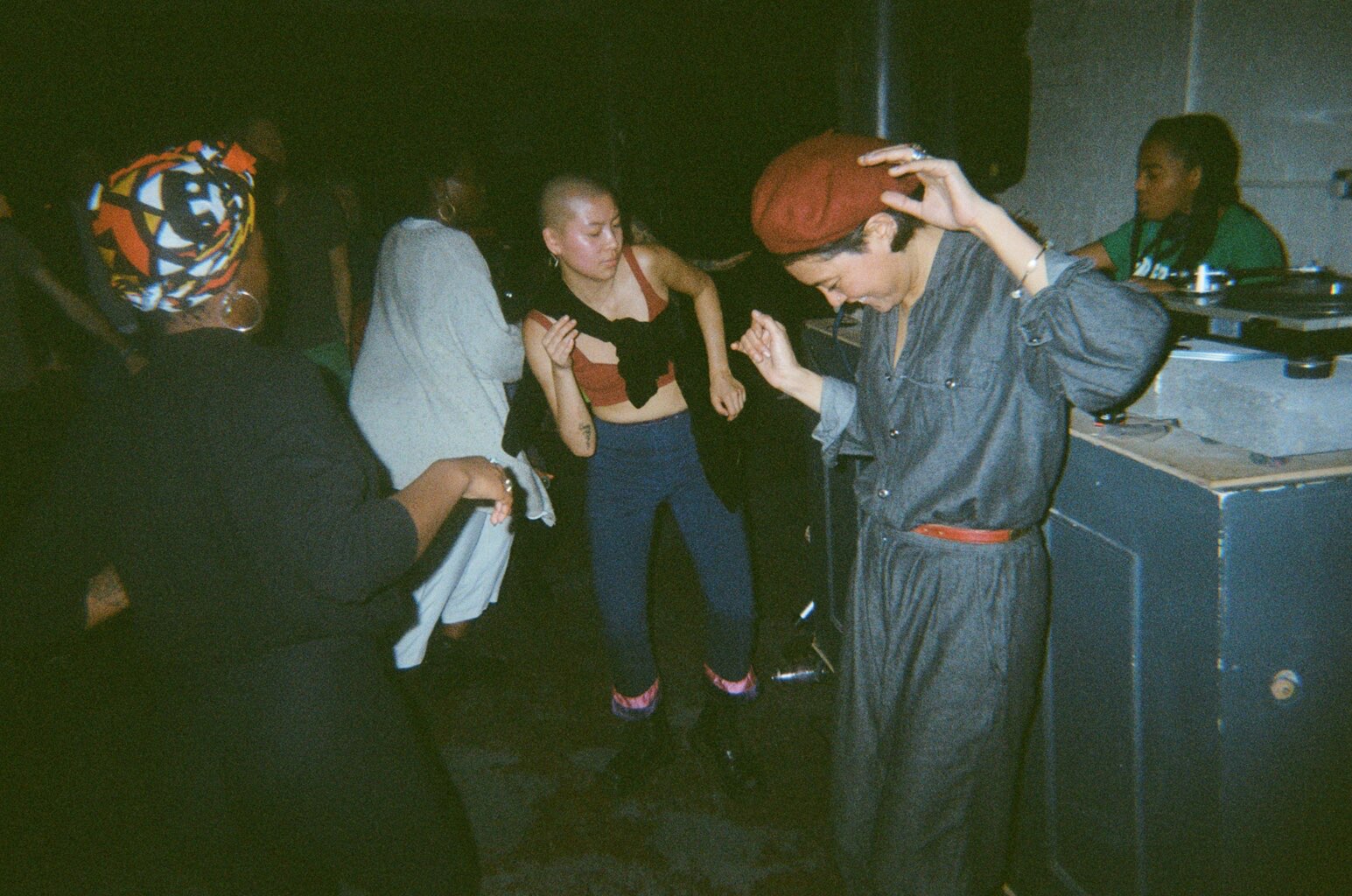 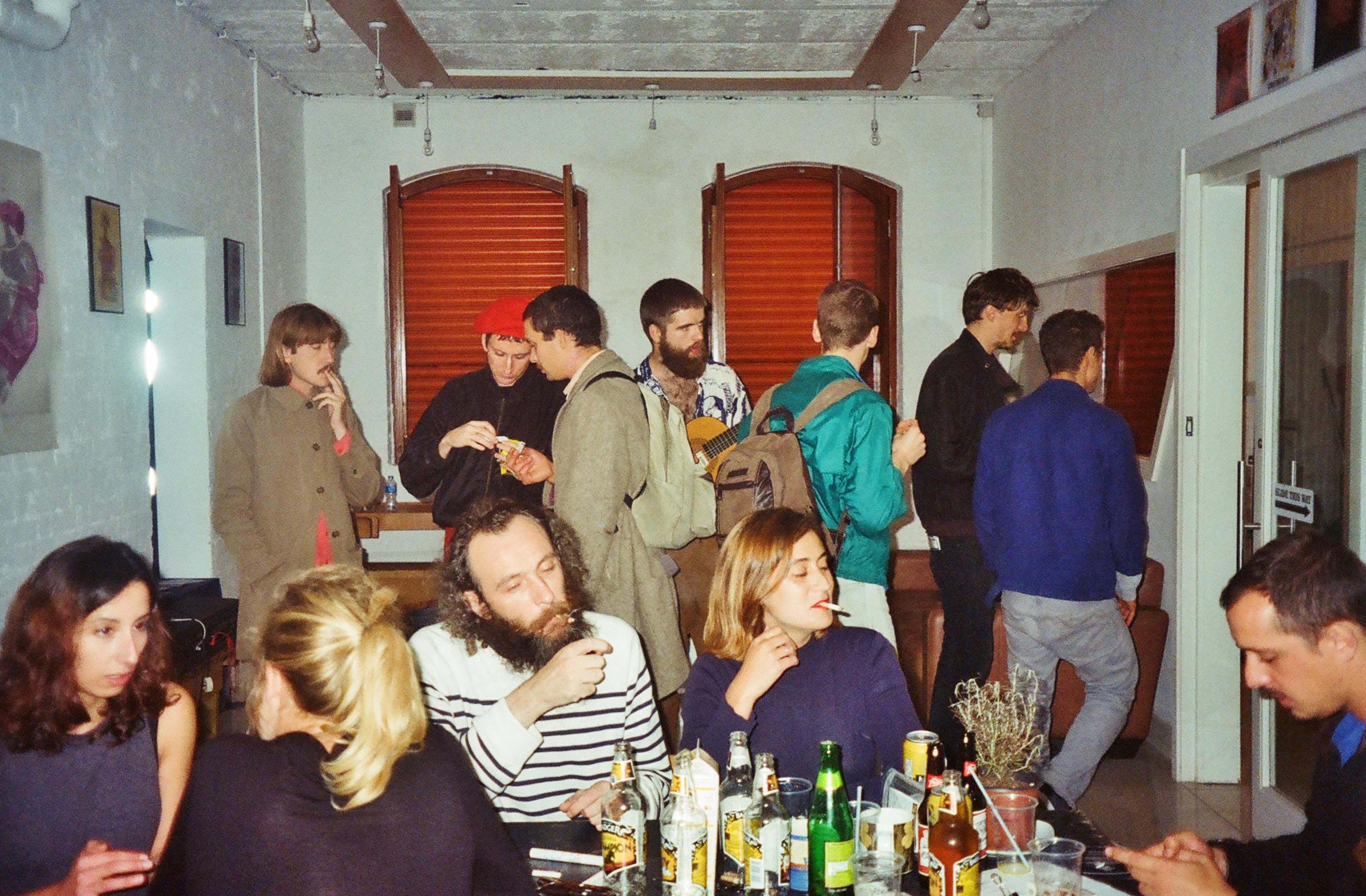 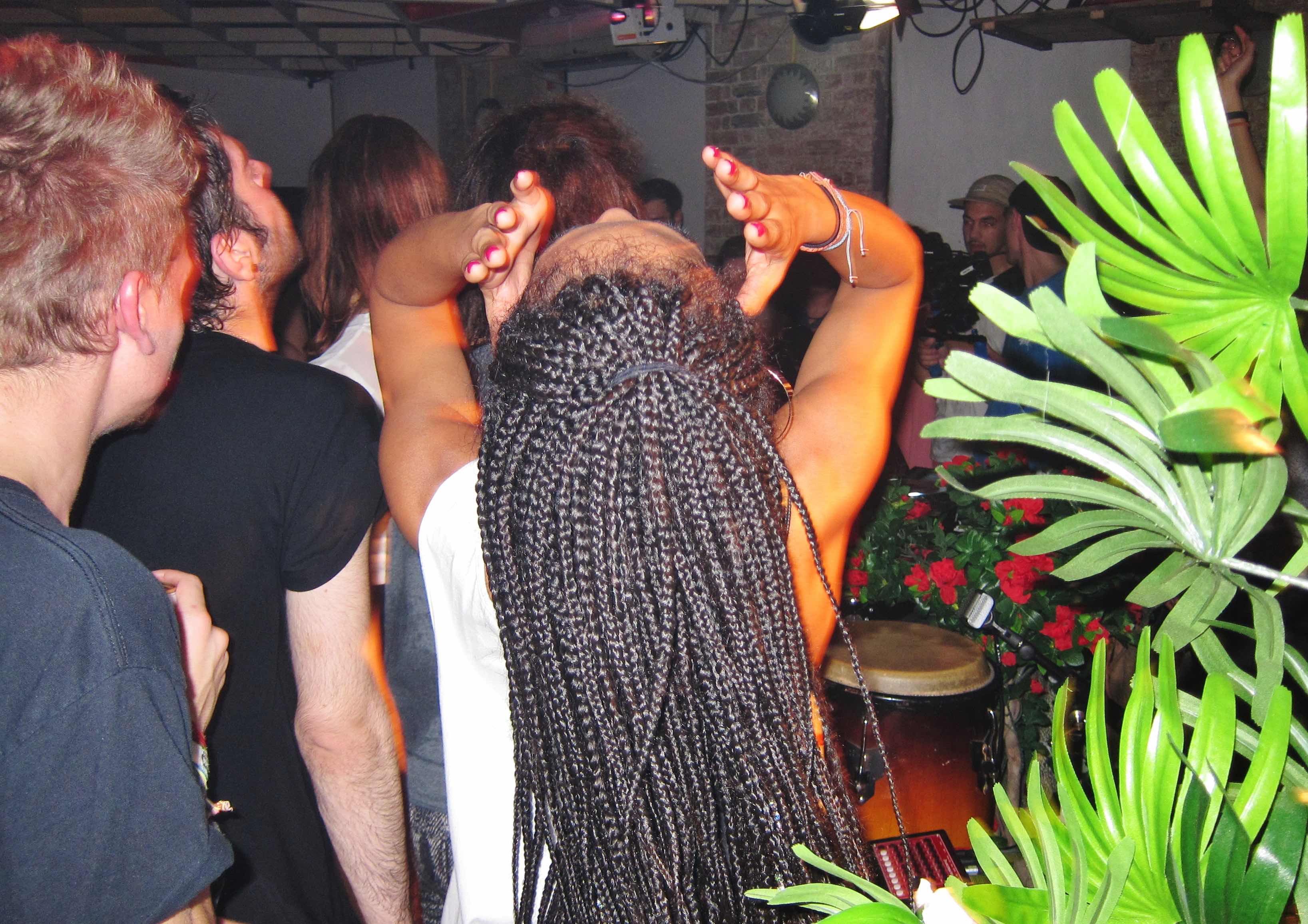 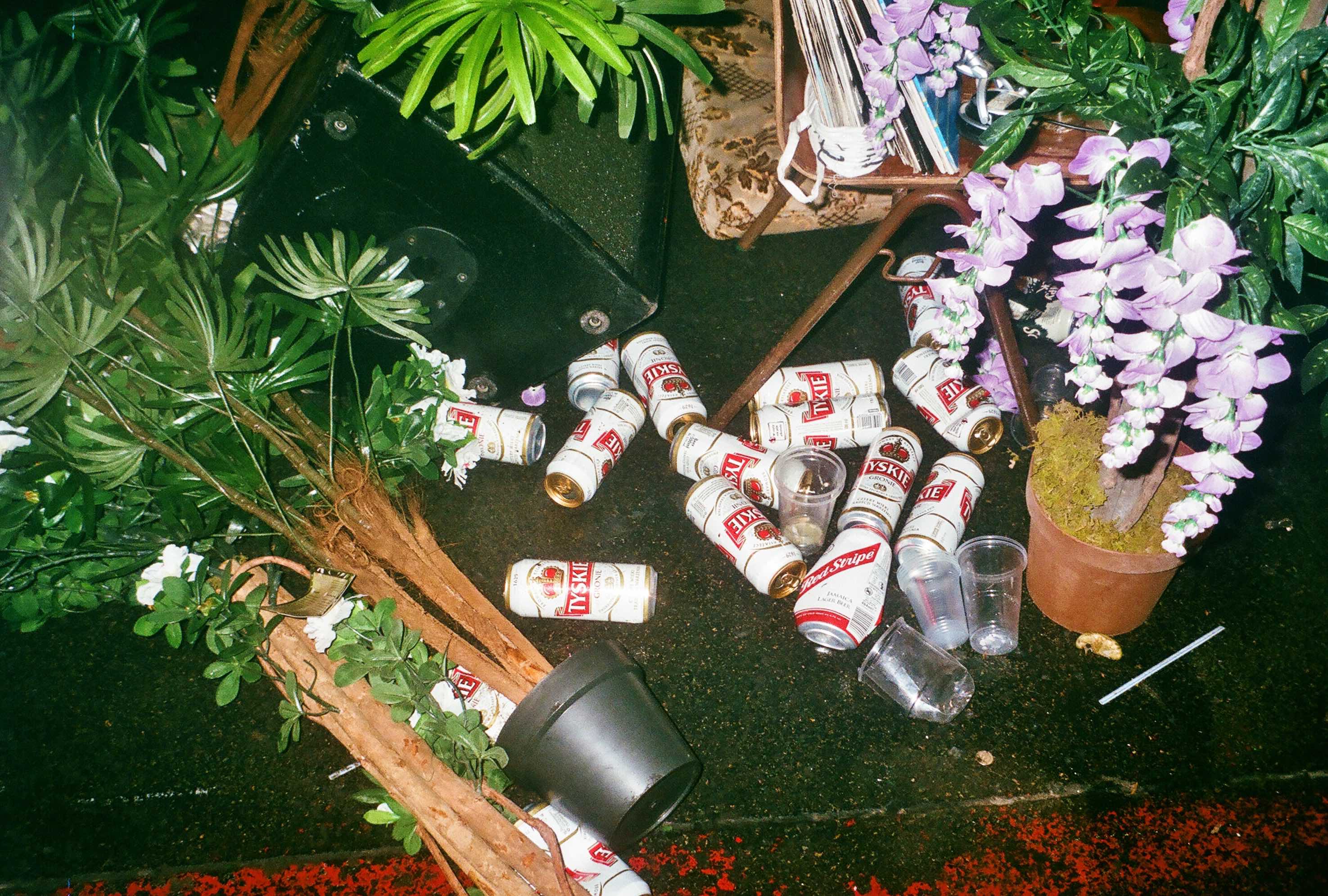 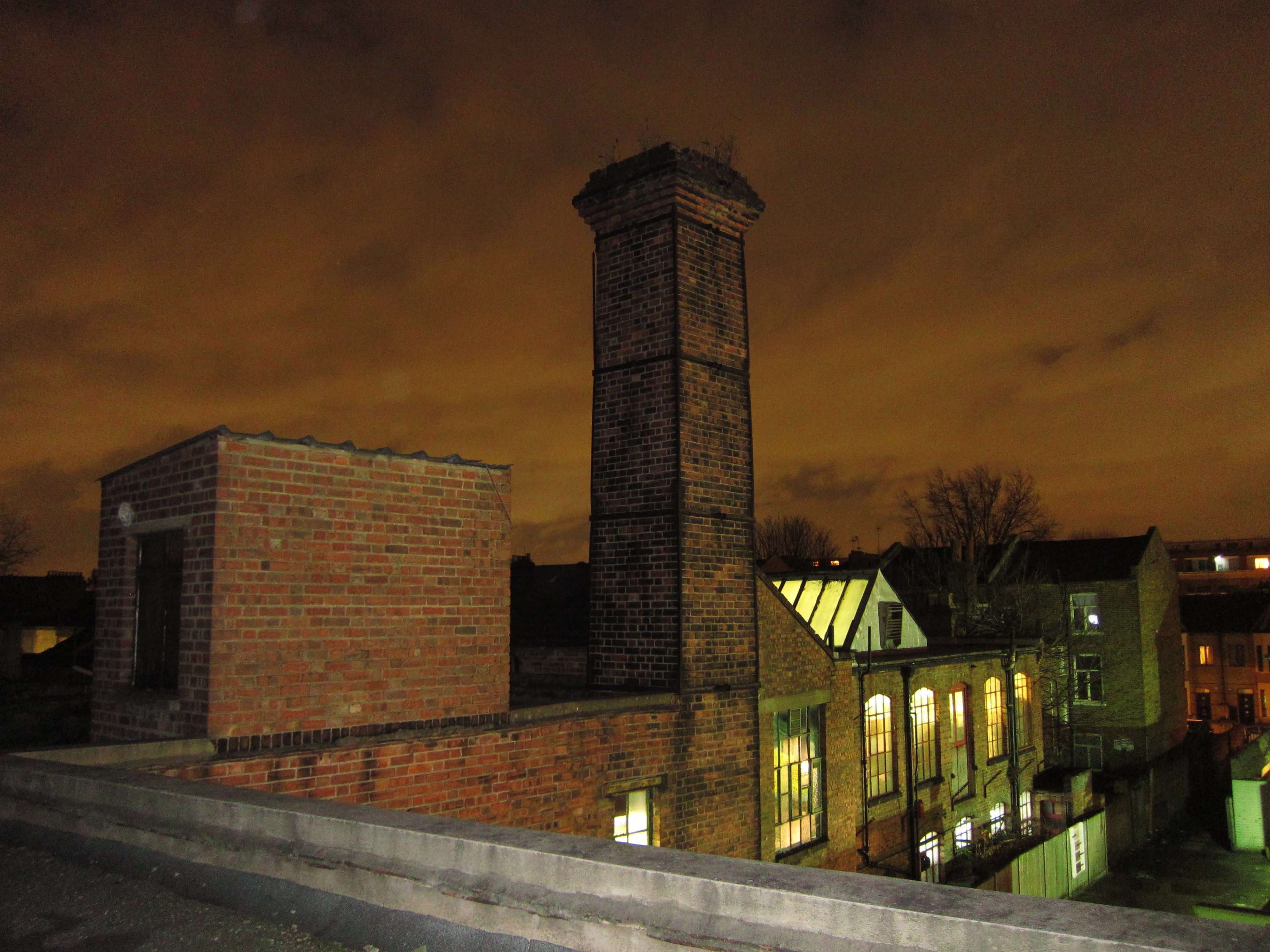 Make Some Space: Tuning Into Total Refreshment Centre is out now, and being released as an audiobook on September 5th. It will be launched at a Rough Trade East event on the same day, and will include some new TRC-inspired tracks.

Touching Bass is hosting a stage at Gilles Peterson’s We Out Here Festival with Theo Parrish and Ruby Savage this Saturday, August 17th. The organisation is also joining forces with Eglo Records for a dance on September 7th.

Linkedin
RELATED ARTICLES
OTHER ARTICLES
Following the release of his latest album God Don’t Make Mistakes, the rapper talks horror villains, police brutality and being unafraid to show his vulnerable side.
The revered showbiz chronicler recalls his journalistic beginnings, documenting subcultural scraps in the ’80s.
After news broke last week around an expected reversal of the 1973 landmark law that made abortion legal in the US, protestors gathered in the UK in support of American women.
The government’s failure to take long Covid seriously has led to the formation of a group campaigning for the thousands of forgotten victims of the illness.
The answer to improving the well-being of Palestinians rests not with individualised solutions from the Global North, but with ending settler colonialism.
A group of Ukrainians living in Poland are helping Ukraine withstand Russia’s brutal invasion by buying supplies and shipping them directly to the war’s frontlines.