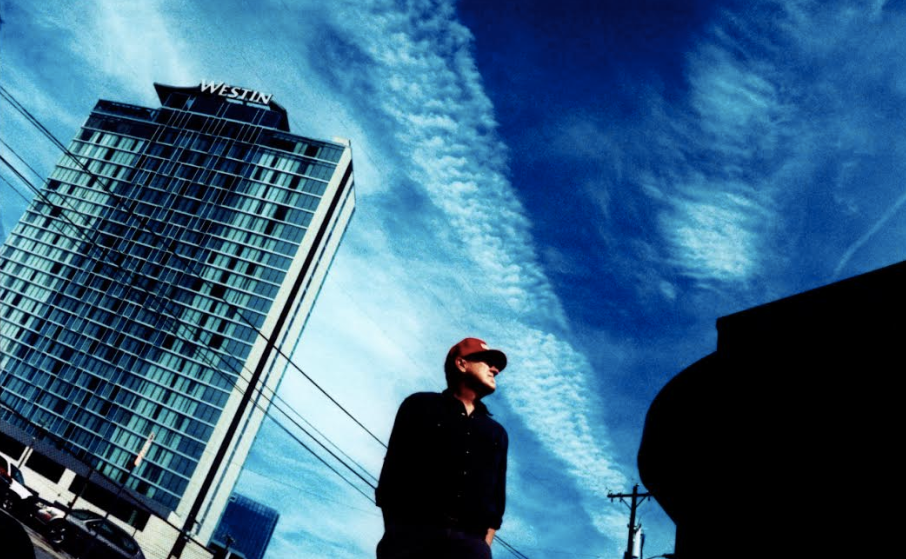 Since their first release in 1994, the group has transmogrified from a bunch of alt-country cowboys to Tennessee’s answer to Burial. Now, they’re back with a new – and considerably more political – album.

Since their first release in 1994, the group has transmogrified from a bunch of alt-country cowboys to Tennessee’s answer to Burial. Now, they’re back with a new – and considerably more political – album.

It’s said that people get more reactionary as they get older, but that certainly isn’t the case with Kurt Wagner of Lambchop. The Nashville-based singer and musician – who is “about 60” according to the internet – has been getting more overtly political as time goes by (in his wry, understated way, of course). His visible championing of the centre-left may be at odds with his geography, but its perfectly in line with his wife’s job as chair of the Tennessee Democratic Party. What’s more, he’s been quietly tweaking his band’s sound for the last quarter of a century, with each release more sonically radical than the last.

Lambchop are a band whose personnel has expanded and retracted over the years, sometimes accommodating up to 16 members including strings and brass, while at others stripped back to a core of five or six members. The only constant is Wagner himself. Since their first release in 1994, the group has transmogrified from a bunch of alt-country cowboys, to Tennessee’s answer to South London electronic talisman Burial. In between, there have been moments of whispery Memphis soul, and a period of widespread critical acclaim with 2000’s Nixon, an album that somehow stupendously subsumed the spirit of the then recently departed Curtis Mayfield. Kurt also developed an inimitable falsetto around that period (though the inevitable advancing of years has quelled that much-loved vocal idiosyncrasy).

Perhaps the biggest jolt to the system came in 2016 when Lambchop released FLOTUS, with Wagner’s vox channelled through electronic voice modulation for most of its 11 tracks. It was a stark reinvention, with only the epic 18-minute closer “The Hustle” seeming to feature his nakedly recognisable nocturnal voice; deep, croaky and as gentle as a lorry load of feathers. FLOTUS’s cover art features a picture that Wagner painted himself, featuring his wife’s chin and President Obama’s approving hand on her shoulder, a proud memento of Mary Mancini’s work in 44’s administration. Coming out as it did in November 2016, many assumed it was a political record, though in truth it’s really a love letter to his wife.

The forthcoming album, This (Is What I Wanted to Tell You), is actually more political than the last, though it’s also more fractured in its delivery, conveying a sense of bewilderment many have felt since Donald Trump became POTUS. There’s the usual wit and wisdom in Wagner’s lyrics, but it’s more disordered and abstract this time around. We caught up with him to find out why.

The live voice technology you use was inspired by Shabazz Palaces. Is that correct?
That’s where I discovered that particular device, right. I went to see Shabazz play and they had this little box on stage that they were using to process their voices. I was really taken with that because I was into the idea of processing the voice, but because you couldn’t reproduce it live, it didn’t seem like something I wanted to get into. But when I saw them do that live it opened up a whole lot of possibilities for my voice.

It’s not a vocoder though is it?
No, that’s just one little button on it. It processes the voice in a myriad of ways and it allows me to do so much. It’s like interacting with a little buddy who can harmonise with you, or sing along with you, and while you’re singing you’re able to manipulate your voice in much the same way you can with a guitar pedal.

I would recommend your albums to anyone who is dismissive of voice software (even though nearly all contemporary records have at least some jiggery-pokery).
It’s fairly omnipresent in most contemporary music at this point. I’ve found a way to hopefully make it an expressive, soulful piece of equipment, rather than just displaying that one aspect of it, and so I think it’s worthy of someone’s attention. But I can understand exactly why someone would be put off it as well.

Was there any trepidation bringing such contemporary contraptions into your work?
I think the way I went about it was gradual. Early on we were introducing bits of electronica and gradually record after record that would become more to the foreground rather than a background effect or bed. With FLOTUS I started writing with those elements in mind rather than more traditional elements that the band had before.

It still seems quite far out for an alternative country band from Nashville.
I’ve always had a broad interest in a variety of different music. Even as a young person I was exposed to the early electronica stuff. There was a guy called Gil Trythall who was one of the few Moog innovators, and I’d go to see these really early performances when I was nine or 10. There was this Switched-On series: Switched-On Bach, Switched-On Gold etc; and they were created with a Moog synth – the early ones – which were massive. They’d take up a whole orchestra pit there were so many components, and now you’re able to shrink all that stuff down to the size of a cigarette lighter. Nashville has a reputation for being a place strictly for country music, but truly I’ve heard all types of music being made here since I grew up here in the ’60s.

FLOTUS was all written before Trump came to power, wasn’t it?
Oh yeah, it was sort of a weird coincidence that it got released right at the moment he was elected. The notion that politics was a part of our lives was certainly dragged into it, because that’s what my wife’s job is.

There seems to be more talk about politics on this record than the last one.
Yeah, I would say so, but in general, it has such an effect on all our lives now. It’s a daily part of our existence. I think prior to 2016 it had a place in your life, but it wasn’t just this sense that everything is going to go terribly wrong at any minute. You’re almost hoping it’s not real [laughs]. It is an assault of information and news, and you’re starting to question whether even that information is accurate.

Trump seems to swallow up the entire news cycle some days.
It’s incredible, but the guy comes from the world of media, and he also has this ruthless business style. It’s a combination of the two. He’s having a field day. We’re all just playing along.

Would you say your peers were less progressive than you?
I tend to gravitate towards people with like-minded opinions. I don’t necessarily hang out with the construction worker crowd that I used to when I was a young man. So in some ways, I’m insulated, and I’m sort of amazed when I meet people who like what Mr Trump’s up to.

Do you have much of an online presence?
Initially when all that stuff started I was curious about it, but I’ve decreased or eliminated my online activity where I can. I find myself to be a lot happier not taking in a whole lot of information that I didn’t necessarily want to know about. And mainly I don’t like the direction social media has taken. Plus you’re starting to wonder half the time if the shit you’re reading is real, or whether it has been posted by a bot from Russia trying to influence your state of mind or to get you to believe something that’s not fucking true. It’s crazy what’s going on!

Can I just ask you about ‘The Hustle’ on the last album? It’s 18 minutes long and inspired by a Quaker wedding, is that right?
Yes, the lyrics derived from an experience I had at a Quaker wedding which is unique in that there’s no preacher and the couple just address each other and exchange vows. There’s no middle man [laughs]. If you’ve never experienced it before, it’s quite moving. And it was a nice way to get married I thought. There’s a history of Quaker philosophy that is a part of our culture. It seems to be a bit buried at the moment.

American culture is meant to be all about embracing other ideas and beliefs.
That’s the idea! That’s what America is: a melting pot of cultures and ideas, yeah.

This (Is What I Wanted to Tell You) is released on Friday, March 22.

Linkedin
RELATED ARTICLES
OTHER ARTICLES
The government is scrapping the Human Rights Act in a move that will hit marginalised people hardest.
The author discusses her blistering new novel about history, revolution and queer love.
While protests over abortion rights rage in the US, access to abortion services is still almost nonexistent in parts of the UK.
The situation in Afghanistan remains dire, with many groups facing persecution at the hands of the Taliban.
A group of Ukrainians living in Poland are helping Ukraine withstand Russia’s brutal invasion by buying supplies and shipping them directly to the war’s frontlines.
Members of the collective share some of their reasons to run as part of #UnitedBySummits, a campaign that looks to uncover transformative power of the outdoors.