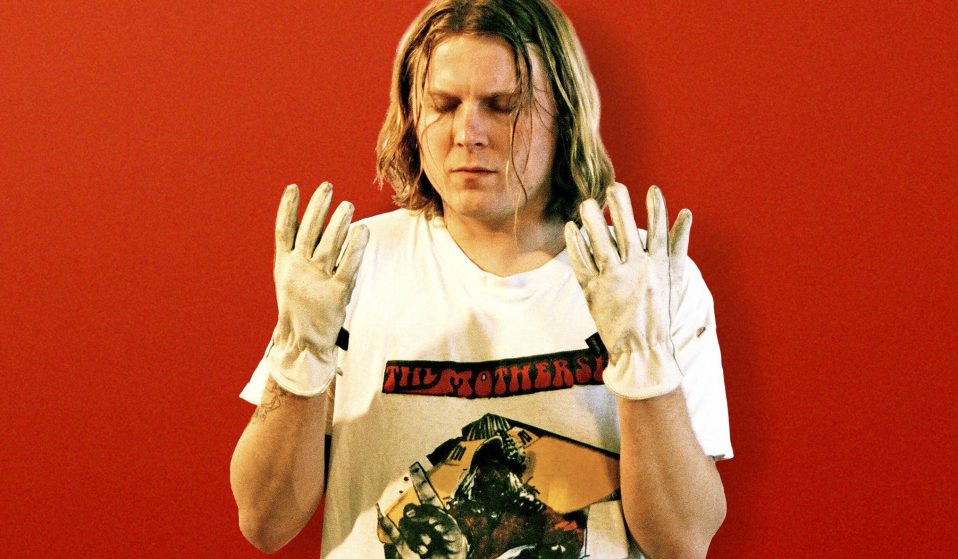 The 21st-century rock veteran talks ear appointments, dogs, and why he’s considering moving to a monastery.

The 21st-century rock veteran talks ear appointments, dogs, and why he’s considering moving to a monastery.

The plan was not to meet at Starbucks. But when the scuzzy Frogtown diner Ty Segall and I were supposed to get coffee at turns out to be closed for a film shoot, the musician doesn’t even flinch before suggesting that we move to such an un-rock and roll backup venue.

That relaxed nature isn’t surprising when you consider that – despite being a shredder who you might expect to see in the same era that Alice Cooper was throwing chickens around – Segall is not at all the type of self-serious scenester he could be. He recently married his longtime partner Denée; he writes songs about his dog Fanny; and at the Starbucks counter, he orders herbal tea. “A lot of people assume that I’m a wastoid or that I have a drug problem or something,” Segall says. “It’s pretty funny.”

Recently, the musician moved into a new home in Topanga Canyon, a wooded hideaway of Los Angeles that’s friendly to hippies and unfriendly to cell-phone reception. It’s from this outpost that he’s delivered First Taste, a guitar-less album that serves as an exercise in discipline as well as intensity. It’s also where he’s been preparing a residency-based live show in which he plays both the new album and a selected old album in full each night. (Given the fact that he’s now firmly within his second decade of making music, that reflective approach is warranted.)

Rock stardom isn’t what it used to be, but you’re about as big a rock star as they come in the millennial era. Do people frequently come up to you at, say, Starbucks to say they’re not worthy? Is the retreat into Topanga a move to escape some of that?
No way, I’m not a rock star at all. But random people do come up to me, for sure, and that’s really cool. It’s just very seldom. Obviously, on the Eastside of LA, where it’s this concentration of like-minded people, who are probably music heads or whatever, it’s more of a thing than in Topanga. But, no, I don’t get recognised really.

Has there been any particularly odd place or instance in which someone has gone up to you and said, ‘I really love your music?’
There’s been a couple of really weird moments. Like, I was getting my ears cleaned in Sacramento because I couldn’t hear – I was on vacation with my wife – and the doctor cleaning my ears knew my music. So there are those kinds of things where it’s like, this is really weird and totally out of context – I’m getting my ears cleaned. That’s really strange.

Animals as a general concept come up quite a bit on your records – Fanny at large, and on First Taste specifically there are songs about dogs and rabbits. Do you find something to be aspirational about the focus of animals?
Yeah, of course. There’s a total zen beauty of an animal. Even this morning, I was looking at Fanny and was like, ‘Man, it’s amazing. All you really wanna do is sleep next to my wife and I, go to the beach with us, lay in the sun, and eat food.’ It’s kind of amazing to witness. I wouldn’t trade the human condition for that, but it’s something to look up to, and maybe try to bring a little piece of that into your life. And a dog like Fanny: she’s just pure love and joy. That’s the coolest part – you look at them and are like, ‘that’s just pure, unfiltered love.’ There’s nothing evil about that. 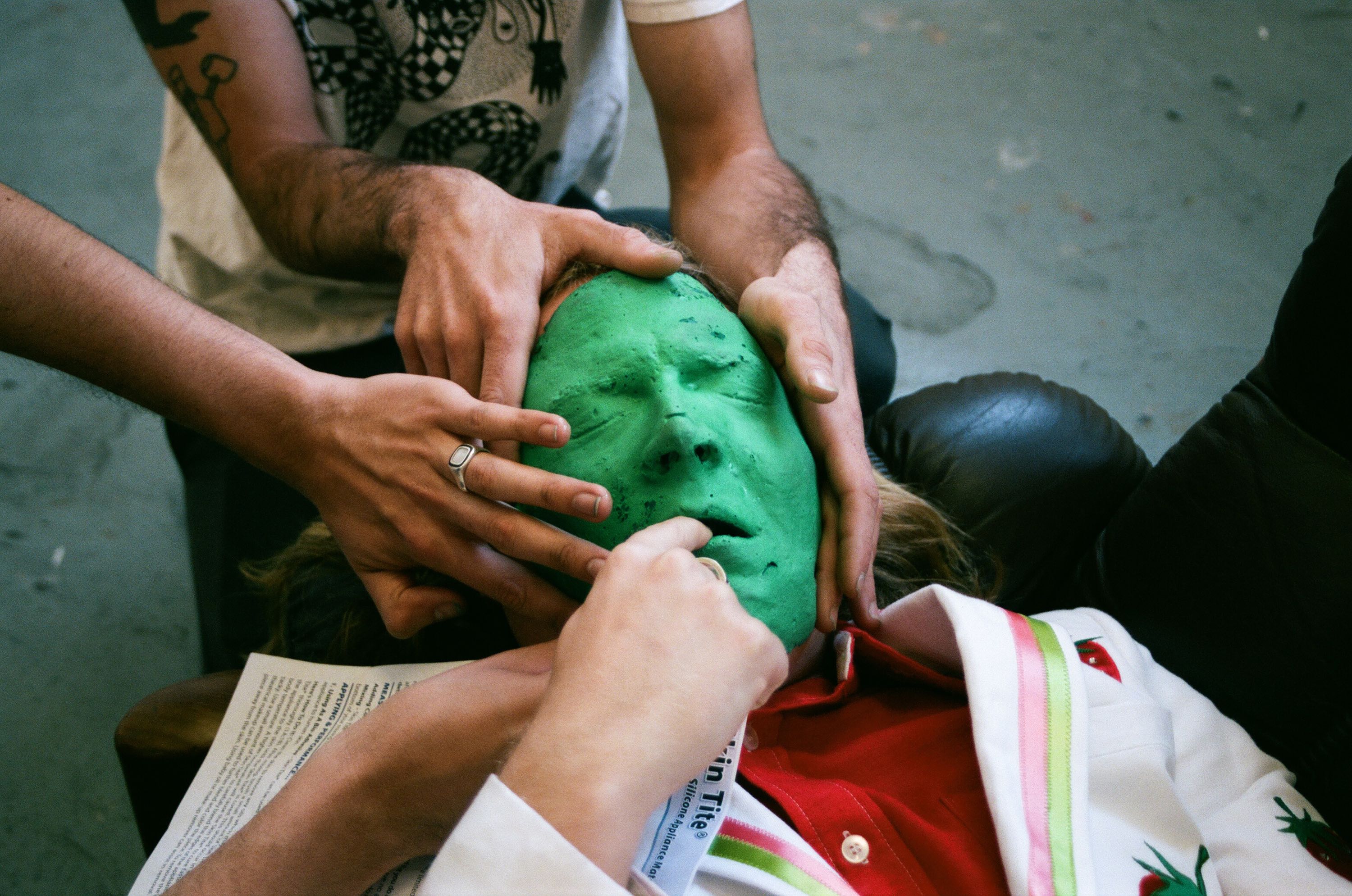 I was going through press coverage of you in the last few years, and I don’t think I saw one article in which the writer didn’t refer to you at some point as being prolific. Does that word make you cringe at all when it comes up?
It seems like it’s just a way to try to take a new record of mine – especially my solo records – and lower them automatically into something that’s just gonna be lesser. And I get it, I really do. I put out a lot of music. But my perspective on it is that I’m in a ton of different bands and I have a ton of different projects, and each of those projects has a different formula for how songs are written or made, and I’m not the only creative person responsible. So it’s hard to read, ‘He put out six albums last year’, because it’s like, no, I didn’t. One was a live album; I didn’t write any new songs for that. Three of them were bands – all collaborations in some way. Another was a cover album, and then there’s my solo album. So if you dilute it down to that, then I’m only responsible for two and a half albums… which is still a lot. I’m probably really shooting myself in the foot by continuing to put out so much music, but that’s just the way that I work.

Are you ever tempted to go to a monastery for five years just to make everyone shut up?
I kind of want to actually! I feel like it might be a cool move to just not put out any music for three or four years – and then put out 20 albums at the same time.

I have a theory about this prolificness thing: there are less full-time musicians who can just focus on making music without other jobs cutting into their time. So because you’re a rare example of someone who’s in the rock genre who’s full-time, your output is disproportionate.
Yeah, for sure. Because bands used to put out two or three albums a year. Beatles, Stones, Beach Boys, they all did like three albums a year the first year or two they were a band. This is my job. That’s all I have to do. I’d go crazy if I had to just sit there and tool over 13 songs for a year! And a lot of these other projects are experiments, and they’re not meant for everybody. They’re not meant to be universally liked.

Another thing that’s interesting is that First Taste was leaked. In the past, that would be a narrative that might threaten to overtake the album. But in 2019 a leak doesn’t seem to mean that much anymore. Most people will just wait for it to be out so they can stream it.
Interestingly enough, just talking to my publicist and a lot of people who have had the experience of having an album leaked said that, unless you’re a giant, crazy band, if an album gets leaked and you release it immediately, you’ll basically kill the record. So we decided to roll the dice and ignore that it had been leaked, and pretend it never happened. And it worked out great. I’m actually totally blown away that it worked as well as it did…

You grew up in a strict household in terms of traditional ideals: do well in high school, go to college, get a job. I’m wondering if that’s something you struggled with at all as you went down such unconventional life path.
As long as I graduated college, my parents didn’t care. And that was after years and years of bartering back and forth. I originally didn’t want to go to college at all, so we kinda struck a deal: go to college, and after that you can do whatever you want, but don’t come back here begging for help – you’ve got to be a responsible person. I really respected that: it put the fear in me while at the same time giving me the freedom to do what I want. Responsibility and freedom together, it’s an interesting combination. I kind of always thought, ‘I’ll give myself a couple of years of fucking around. If this shit doesn’t pan out…’

Has it gotten a bit stranger now that you’re in your 30s and an increasing number of the people you spent the last decade with are settling into more traditional adult lifestyles?
I think the weirdest stuff is for other people. Because, for me, I’m a totally normal person. I just am really lucky that I get to make music for my job. It’s a weird job, and it’s a weird life, but I think it’s the weirdest thing for other people who have a 9-to-5 job: how they talk to me and look at me. It’s more on them, not on me.

First Taste is out now via Drag City.

Linkedin
RELATED ARTICLES
OTHER ARTICLES
A new law change is enabling Britain’s donor-conceived children to know the truth about their origins – but campaigners say the fertility industry must do more to protect people.
A new podcast is opening up the conversation between trans women and trans amorous men in the hope of building coalitions.
AI companies that develop image-generators using copyrighted artwork from the internet are coming under fire from artists who say that it amounts to theft.
David 'Dee' Delgado’s photo project is about honouring and uplifting the city of his youth, and a world rapidly disappearing under the relentless onslaught of gentrification.
Theo McInnes’s photos of the annual event provide an intriguing snapshot of contemporary Britain.
Since 2007, Gideon Mendel has made 20 trips to document floods in 13 countries. The result is an alarming record of what has already been lost to the climate emergency.