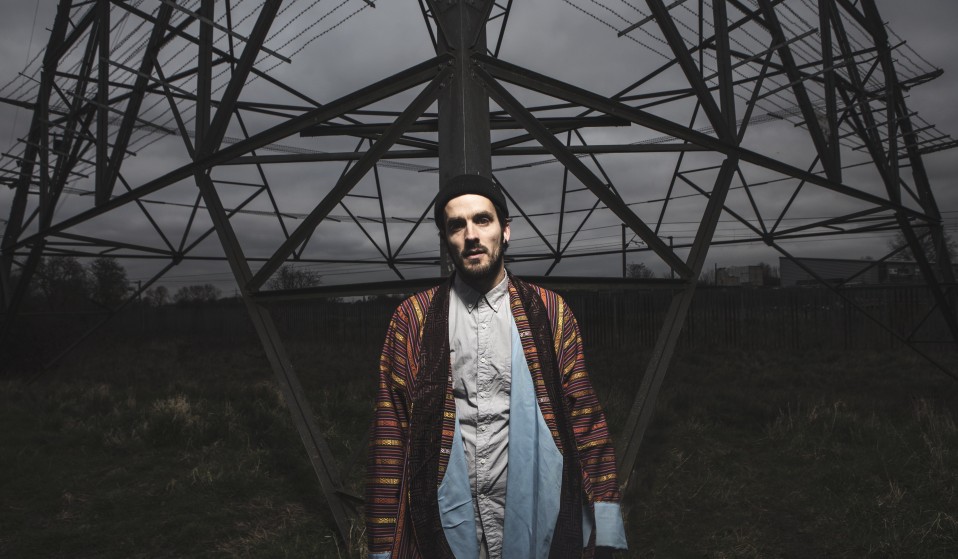 Dizraeli shares stories from his travels and the influences to his new stripped-back sound.

Ahead of the release of his new EP, hip hop artist Dizraeli shares stories from his travels and the influences to his new stripped-back sound. Here we exclusively drop the video for 'Morning Light' from his new EP.

“Running along a cliff somewhere in the West Country. Screaming into the wind. Rain lashing my face. That’s where I feel most myself”, says British rapper and spoken word artist, Dizraeli. “Let’s just be in this world we’re living in rather than strapped to our little screens communicating with each other via chat and messenger.”

The desire to feel alive, human and free of technology is the theme running through Dizraeli’s new EP, Eat My Camera. The 33-year-old Bristol-born musician is currently touring the UK ahead of its release on 20 May. “The shows on this tour are super intimate”, says Dizraeli, “which suits the stripped-backed acoustic vibe of the music.”

Dizraeli’s music is a mixture of hip-hop, spoken word and acoustic folk. Probably best known for gracing the stages of Glastonbury, WOMAD and Shambala festivals with his band, Dizraeli & The Small Gods, this year Dizraeli has decided to explore new sounds on his own. “I just wanted to go right back to the very essence of the songs without any kind of clutter. It’s just one instrument and my voice.”

Even the production of the EP has an organic feel to it, harking back to Dizraeli’s self-recording days. The music videos to each track were filmed in Walthamstow Marsh in London, where most of the tracks were written. They are live performances as opposed to lip-syncing over pre-recorded tracks. The tracks themselves were also recorded live by Dizraeli in front of a small group of his friends in the basement of a London café.

The EP’s six tracks explore injustice, the ghosts on Walthamstow Marsh, the brutal nonsense of consumer London, lost and found love, and Palestine. “To an extent it’s critical of the system that we’re living under”, says Dizraeli. “I talk a little bit about the cost of housing, I’ve got a couple personal stories about lost love and found love, but there are also things that just make me chuckle.”

Dizraeli has also drawn inspiration from his recent travels. Without any gigs planned for January and February of this year, he decided to sub-let his room in London and fly to Senegal.

“I’m a big fan of Cora music, and of Arabic-influenced West African singing, and I really dig the djembe. So I just flew to Dakar, the capital of Senegal, and managed to find a place in the south of the country – a remote fishing village called Kafountine, near the border of Gambia.” 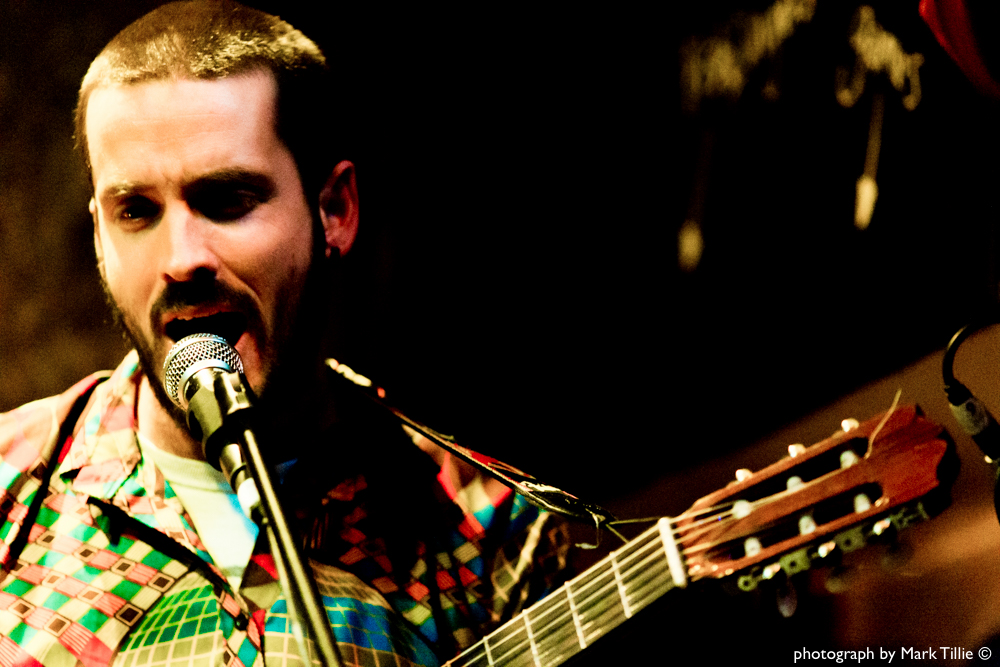 For six weeks, Dizraeli studied the Balafon – a kind of wooden xylophone – with a Ghanaian albino Balafon master in Kafountine. “I was suddenly in this mad whirlpool of music and creatively and drums and dancing”, he recalls. “I kept postponing my flight back but I eventually came home with my brain full of new ideas and new feelings, which went into my new tracks.”

A few weeks before his spontaneous trip to Senegal, Dizraeli spent five days in a refugee camp in Calais running performance workshops. Despite the language barrier, he says he was trying to help participants to communicate the feeling of the pieces of poetry they were writing. “I don’t know how much I contributed to people’s wellbeing out there”, he suggests. “Mainly, I learnt a huge amount and came away with my mind blown and my heart broken.”

Dizraeli is now planning a trip to a refugee camp in Dunkirk this June. He says he will probably spend a week there teaching French – a language he is nearly fluent in thanks to a French teacher dad. His time in Calais, as well as several trips to the West Bank in Palestine to perform, have influenced the lyrics of his track, ‘Cool and Calm’. “The piece starts from my perspective and then switches to the perspective of a Palestinian boy,” he says. “It tells part of the story of some of the people who are ending up in places like Calais and Dunkirk. It’s the trauma of conflict basically.”

Mixing the personal and the political is not a new exploit for the progressive rapper, but he says these days, it’s more important than ever.  “Left-field musicians have been saying this forever, but I think now it’s more imperative than ever to question the system that we’re living under”, he tells me. “We are on an island sitting in a very minority economic position and it’s really important to remember that there are realities outside of that.”

So what does he hope will come from his new EP? “I hope it’s part of the conversation. I hope it contributes to a greater compassion and love between people. And I hope it makes people feel human.”

Linkedin
RELATED ARTICLES
OTHER ARTICLES
After blocking the Scottish government’s gender recognition reform bill, Westminster is now devising further changes to the law to make it harder for trans people to self-identify.
Photographer Becky Tyrell went down to the fading banger and stock raceway to meet a community desperate to keep it alive.
Since 2007, Gideon Mendel has made 20 trips to document floods in 13 countries. The result is an alarming record of what has already been lost to the climate emergency.
A new exhibitions brings together the work of photographers who documented the deep unrest of these pivotal decades.
Photographer Sean Maung reflects on documenting a small town in Pennsylvania afflicted by high levels of unemployment, poverty, violence, crime, and addiction.
The action took place in response to the 200 asylum-seeking children who were placed in hotels run by the Home Office who have gone missing.