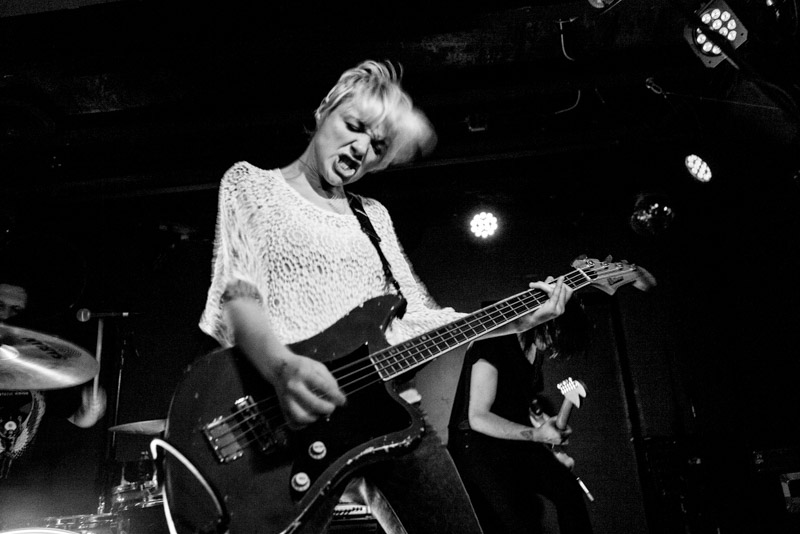 Rival Consoles, Creepoid and Aurora are the latest contemporary talent to drop some pearls of wisdom in our 'Things I Learned Along The Way' series.

Rival Consoles, Creepoid and Aurora are the latest contemporary talent to drop some pearls of wisdom in our 'Things I Learned Along The Way' series.

A couple of weekends ago while we were down in Brighton for the tenth annual Great Escape Festival – Europe’s largest emerging music showcase – we asked artist both new and established a simple question to see if we could get to the bottom of the issue:

Here’s what they said…

Ryan: “Hundreds of things… one of the most important of them is to carefully listen to your work. Or at least do the right kind of listening. I would love to have had a deeper sense of this early on, because sometimes you confuse ideas when you listen to the material in the wrong way. I guess it’s part of understanding of how to develop tracks. I grew up listening to very concise pop music like the Beatles, so when I started out I tried to fit as many ideas as possible into my compositions. That meant the results were pretty dense, but lacked deep exploration of any one single ideas. But as I’ve gotten older I’ve realised that to really develop an idea over time is crucial, because it creates a more immersive journey.

“I think most electronic producers are guilty of gravitating towards loud, punchy sounds. Power is seductive, but it can massively reduce creativity in my opinion. If you are constantly trying to make sounds really huge, it takes a lot of time and you energy and small sounds get dismissed. I wish I’d had the confidence to know this earlier, but in a way it can only come over time.”

Patrick, drums: “Don’t travel with drugs you can’t eat. [Laughs] No, really. We can’t talk about that.”

Aurora: “I haven’t been in the industry long so I haven’t learned many lessons when it comes to the music business. And sometimes it’s good to just be in the moment. But I guess I’d like to remind my future self: ‘Don’t stop having fun because nothing last forever.’ So I’d like music to always feel like a hobby however serious it gets, because it’s important to enjoy everything.”