Art & Culture / Music / A personal tribute to David Bowie, who was the sound of my childhood 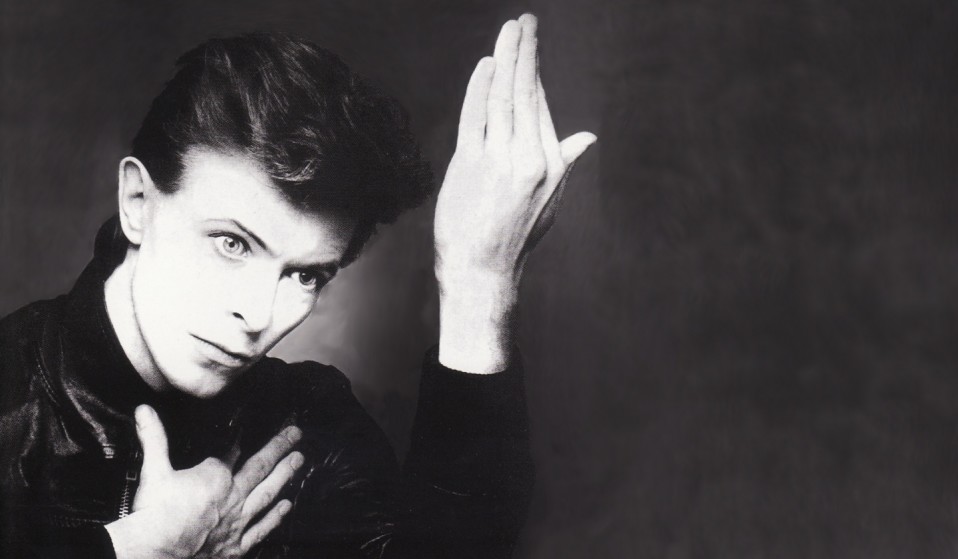 I grew up accompanied by David Bowie's ever-shifting, transformative music. So did my parents. As he succumbs to cancer at 69, it's time to take a look back at his life, legacy and cultural power.

I grew up accompanied by David Bowie's ever-shifting, transformative music. So did my parents. As he succumbs to cancer at 69, it's time to take a look back at his life, legacy and cultural power.

There are musicians, and then there was David Bowie. The kind of artist to whom even an elaborate in memoriam think piece would feel slightly redundant or half-arsed. Bowie, who died of cancer Sunday at the age of 69, long transcended mere music. He was fame, art, fashion, sex, pop and otherworldly glam all wrapped into one lanky boy from Brixton. I mean… they say Brixton, but we all know he was really beamed here from another place. Probably congealed somewhere in a burst of space dust and starlight. Surely a mere mortal could never so radically alter the world the way David Bowie did?

Your parents probably loved him, their adolescence soundtracked by Bowie’s morphing, transformative artistry. And for those of you to come of age in the 1990’s and 2000’s, Bowie was likely the initial introduction to the concept of “music of the past.” It makes sense why, for so many, he was that go-to artist. There was something undeniably childlike about him in his prime, a Peter Pan figure playing dress-up, experimenting with image and identity and discovering an unparalleled joy in just living. He could be scary but still approachable, undeniably odd yet irresistible. Sure, he oozed a strange and palpable sexuality, and anyone who has seen his ’80s videos can clock that he clearly indulged in all of the cocaine. But for a kid growing up in the late 90s discovering the history of music through his parent’s vinyl collection, he was also brightly-coloured magic. Like my parents in 1972, seeing him for the first time on Top of the Pops, this was an artist that made you stop in your tracks and listen. 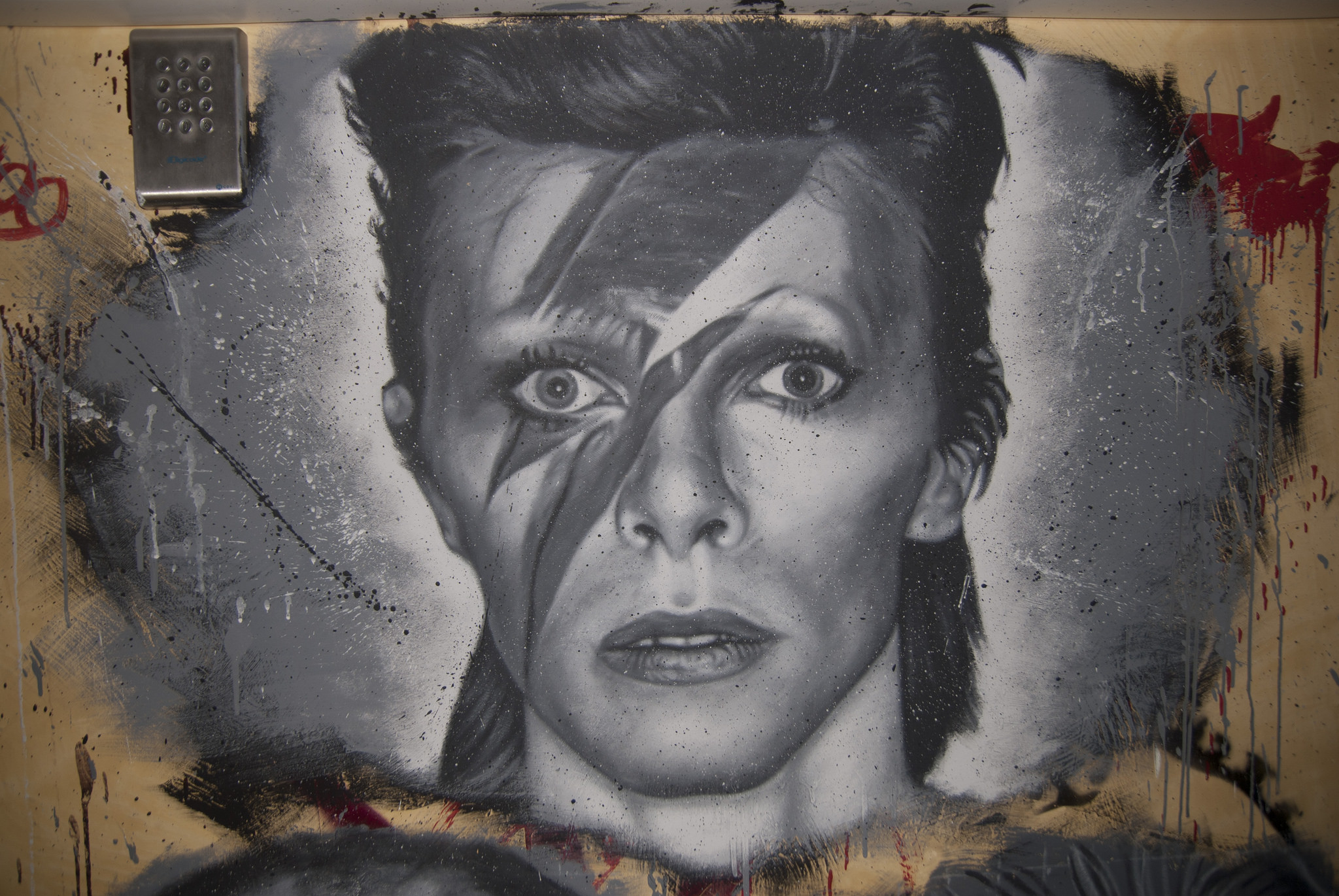 For me, Bowie was played around the house in the same way that the Velvet Underground echoed around its walls, or the Clash or Hendrix or Janis Joplin. But unlike those other artists, so riddled with tales of excess and tragedy and therefore very “of the past”, Bowie’s presence in pop culture endured. He morphed from folky weirdo to glam superhero, bulge-heavy Labyrinth cartoon to sharp-suited ’80s pop titan, an ethereal enigma that ultimately became the haunting elder statesman of rock. Bowie’s final album, Blackstar, was released just two days before his death, a staggering work of beauty that arrived with universal acclaim and adoration. The guy never stopped. See what I said about space dust and starlight?

It’s an impossible task to try and reduce his legacy to a short list, but below are a couple of tracks that have soundtracked my life, the lives of my parents, and potentially yours too. Think of it as part greatest hits, part personal history.

Bowie’s 1972 Top of the Pops debut was, for many British audiences, the first time they not only discovered him, but witnessed something so radically striking, different and new. Deathly pale, dressed in a skin-tight, multi-coloured body suit, audiences around the country were enraptured. He drapes himself over guitarist Mick Ronson and turns the song into a kind of rousing duet, and expresses such an easy cool that it feels very much like a turning point. A beginning of something extraordinary, not only for music but for culture at large. Kids in the school playground the morning after could talk about little else.

Teen cliché as it is, Satellite of Love is the perfect soundtrack to getting stoned. Atmospheric, surreal, and sweepingly romantic, this 1972 collaboration between Lou Reed and the producing pair of Bowie and Mick Ronson was featured on Reed’s landmark album Transformer. Bowie himself can be heard providing backing vocals for the song’s grand, dizzy finale.

Arguably the ultimate teen anthem, Rebel Rebel is the sound of angst and noise and that heady teenage mix of naivety and over-confidence, or at least the desire of it. Launched by that iconic riff, Rebel Rebel encapsulates Bowie’s loud, playful androgyny, his experimentation with image and identity, and his championing of being proudly outside the norm.

Dressed as a clown, Bowie marches alongside the Blitz Kids, icons of late-70’s club culture, in a video drowning in solarised colours. The beaches of Hastings, East Sussex therefore resemble a strange alien planet made up of deep pinks and sandy rubble. It also holds personal significance for me. My dad had full-colour screenshots of this 1980 video pasted to a pin-board in his study throughout my childhood, in what was my first introduction to Bowie himself. It was art, but it also wasn’t. Music, but somehow more.

Bowie has long been a go-to source for filmmakers seeking evocative sounds, from his own musical contributions to film (including the spooky, slinky Cat People (Putting Out Fire) from Paul Schrader’s Cat People (1982), and Absolute Beginners‘ (1986) rousing title track), to those that mine his back catalogue to enhance their own work. Included is Wes Anderson’s The Life Aquatic with Steve Zissou (2004), featuring an array of Portugese covers of songs including Rebel Rebel and Starman, while lyrics to Changes open teen classic The Breakfast Club (1985).

But one of the latest, and arguably greatest, is this scene in Noah Baumbach’s Frances Ha (2012), in which Greta Gerwig’s eternally optimistic millennial dances through Manhattan’s sidewalks in glorious black and white to the sounds of 1983’s Modern Love. There’s something about its freewheeling, exciting fearlessness that feels decidedly Bowie. Listen to his work and you can’t help but want to dance down the street, too.

To celebrate the life and legacy of a legend, pull a Frances today.

Linkedin
RELATED ARTICLES
OTHER ARTICLES
With inflation now at a 40-year-high of 9 per cent, demonstrations organised by TUC took place to demand action from the government.
Whether it's partygate, the climate crisis or the spiralling cost of living, the fightback begins on the picket lines writes Tommy Vickerstaff
Freddie Miller’s new series of photographs investigates who today’s trainspotters are and what drives their unfettered enthusiasm.
A new report has found that the majority of Britains approach trans issues with compassion. It’s about time this was reflected by our media landscape.
In the latest instalment of Photographers in Conversation, the chronicler of raves, protests and beyond explains why he’s drawn to such specifically visceral environments.
50 years since its inception, and the campaign calling for recognition that capitalism depends on domestic labour is as pertinent as ever.