Art & Culture / Music / Hip-hop has always been the voice of the streets, but now you’re finally listening 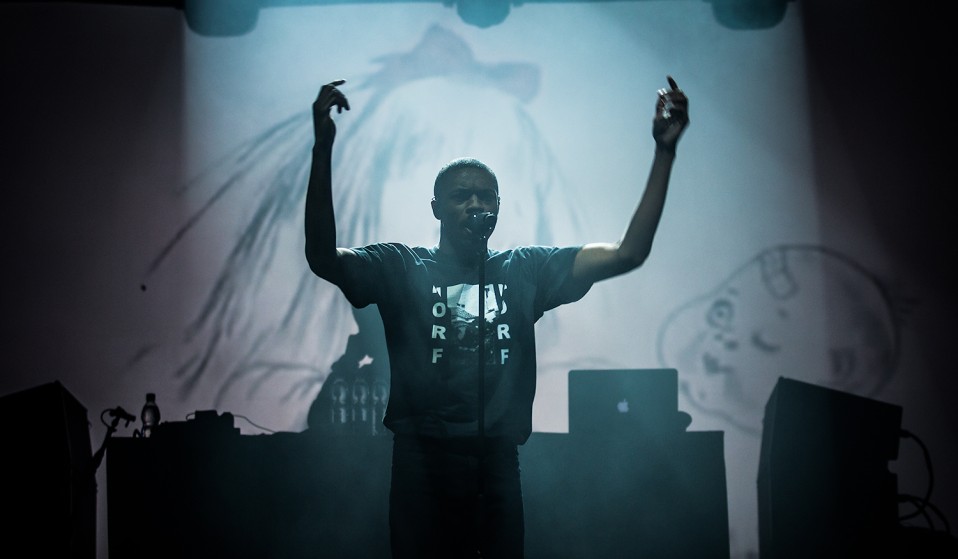 Vince Staples makes music about what matters: racism, inequality, the daily struggle of just getting by. Despite this, Vince says he's not making music that's political, as far as he sees it it's just common sense.

Vince Staples makes music about what matters: racism, inequality, the daily struggle of just getting by. Despite this, Vince says he's not making music that's political, as far as he sees it it's just common sense.

I’ll be honest, I never thought I’d be meeting Vince Staples in a muggy marquee erected in the centre of a small Polish airport. Theisyoung California rapper is carving out a space in the mainstream, Rolling Stone just a few months ago called him the “most exciting rapper” on the scene.

But perched on a chair, scrolling quickly through his iPhone, Vince and his manager are waiting, laughing together at something they can see on their screen. He’s about to play Open’er Festival, one of Poland’s largest since 2002, and while it might not be Vince’s home crowd his set will go down as a highlight.

In just a few hours time he’ll be turning 23, and as I’d walked through the hoards of Polish party people to meet Vince, I saw a tweet about Obama’s legacy on my timeline. Vince would have been just 15 when Obama was coming into power, the first black President in the history of the USA. As we settle down to talk I ask what he recalls from that time, when eyes around the world were watching.

“Honestly? I don’t even remember when Obama was becoming President – I just know they sold a lot of t-shirts on the sidewalk.”

Maybe it should come as no surprise, growing up in North Long Beach, California, Vince had his own life to worry about. It was within the city’s gang culture that Vince spent his teenage years, his father involved with the drug hustling scene. As a fifteen-year-old white kid from London, for me watching Obama’s ascendancy was exciting, and maybe naively I’d expected Vince to have felt the same.

“I was completely not worrying about politics back when I was 15”, he continues. “I had my own politics I had to worry about. Shit, I didn’t give a fuck about Obama until back in 2008, I should have, it would have made me a better person.” Obama might have offered hope from a distance, but for Vince it just meant more of the same.

It’s been eight long years since Obama took office though, and many, including Vince, are despondent about the President’s ineffectiveness in bringing about meaningful social change. “Nothing changes on a small scale, no matter who the fucking president is”, he tells me.

But now Vince now has a platform, an audience, a voice that people are listening to across the globe. With the bass from the stage we’re sat behind pulsating through the sofas, I ask if he’s more interested in the current Presidential campaigns, and the dangerous rhetoric that’s inciting racial hatred coming from Trump and his supporters. 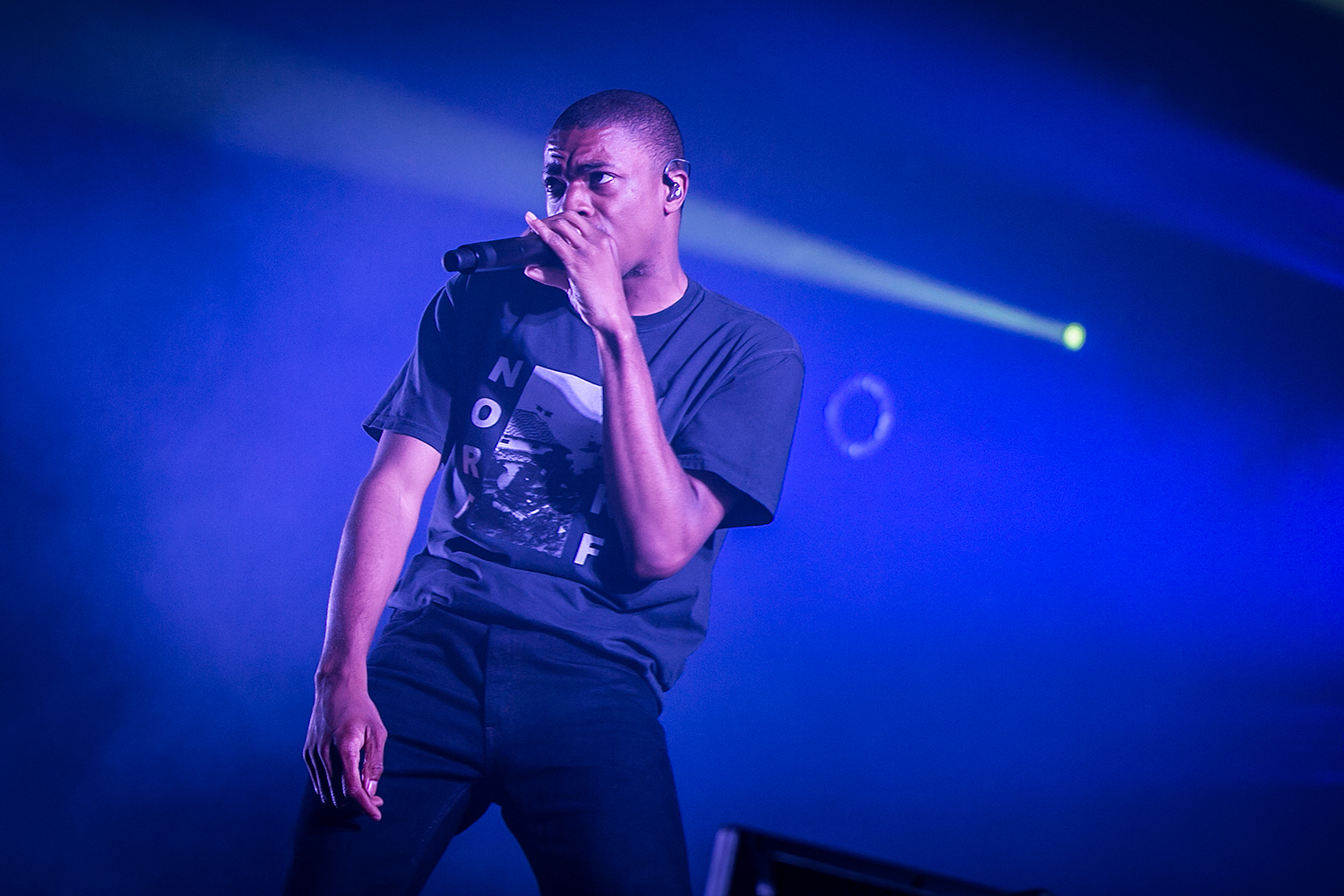 “So? It’s real”, he quickly responds, no time needed to consider his response.

“This stuff only scares people that don’t know it exists. If you know it’s real then it just won’t scare you. ‘Oh shit, white people don’t like Mexicans? That’s crazy?’ It’s not, it’s fucking regular, it’s nothing new. I live in California, they’ve been trying to kick Mexicans out my whole life.”

In interviews before, Vince has been unashamedly vocal about some of the biggest questions facing our generation: racism and police violence, inequality, topics that as far as I see it are explicitly political. Surprisingly though, that’s not his take.

“What’s political about saying people are poor, that poor people get treated poorly and kill each other? That’s common sense if you think about it.”

It might be common sense to Vince, but it’s not like all musicians are letting these issues take centre stage.

“Because most people want to get paid off their music”, he laughs, “they want to have the biggest platform, to play it safe, so they don’t care.”

“I care about what’s happening where Im from. everyone is entitled to their own view though, you cant be mad about someone because they only rap about partying all the time – that might be exactly what they care about, it’s what they live and breathe for, and you’re a piece of shit if you tell them that it’s not right.”

I ask if gets these questions a lot, his responses are pretty tight. 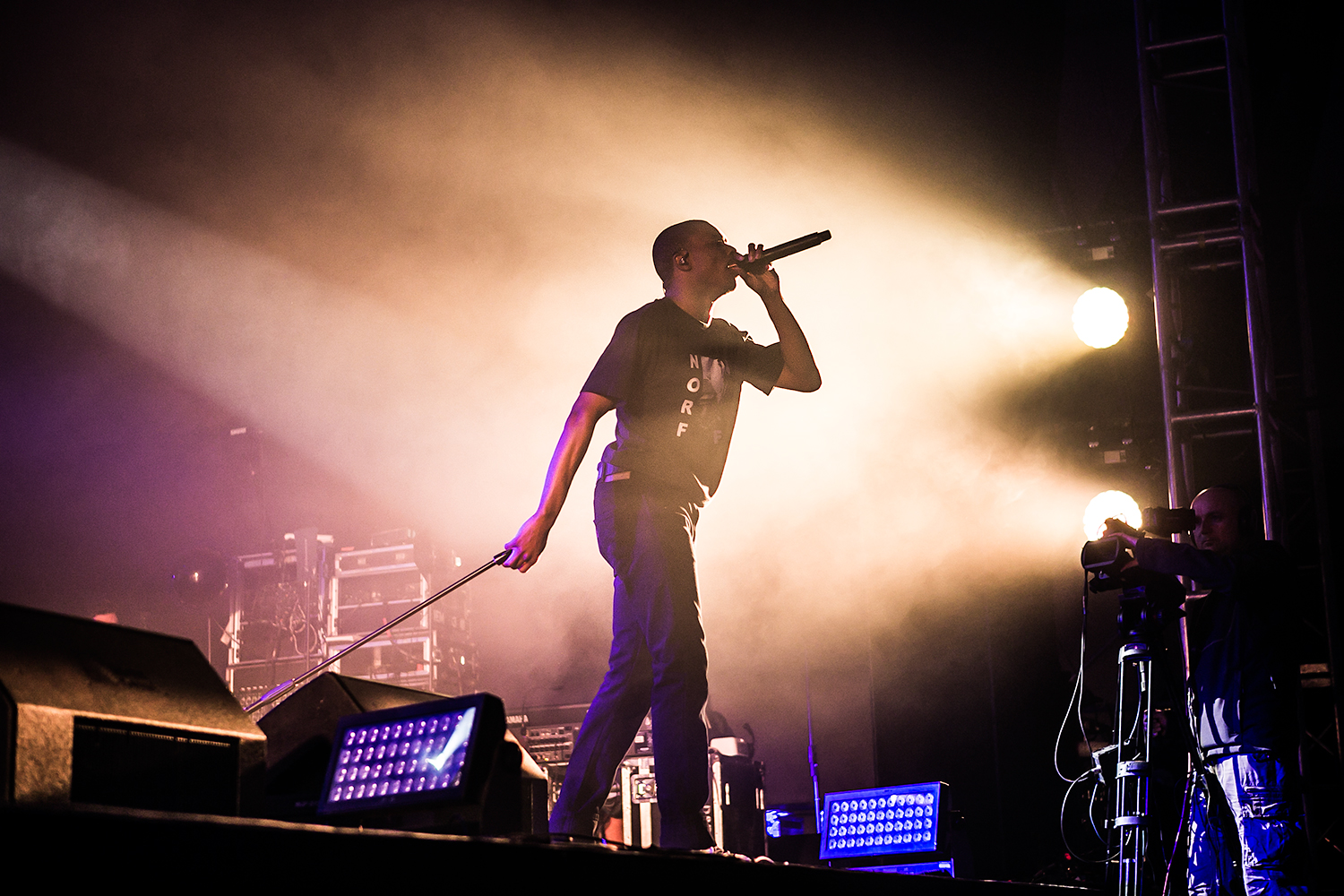 “Thing is, I know you don’t mean this, but this is what people mean by political or consciences rappers, they mean man, they’re a rapper and they’re actually smart? It’s a backhanded compliment, and it always has been.”

In the past decade, hip-hop has broken down the doors to mainstream cultural acceptance, “there’s no pop culture without hip-hop anymore”, Vince smiles, “hip-hop is pop culture, Eminem fucked that up for everybody.” At the same time, pop musicians have once again seemed willing to get political, whether in their lyrics, supporting campaigns, or talking about issues on social media. When the refugee crisis hit Europe, the likes of PJ Harvey and MIA made music to address it.

“Hip-hop is now pop culture, and hip-hop is a culture dominated by a lot of people who have come from a certain place due to racial separation in the United States.” Vince reckons it’s not the music or message that’s changing, it’s that white people are finally listening up.

“Take Chuck Berry and James Brown, they had political songs and stances. Right now there’s just some more attention being payed to the words of black people, I think the music has always been like that, there’s just a greater acceptance. Now it’s rubbing off on other genres and other people, it’s a political charge that’s spreading.” 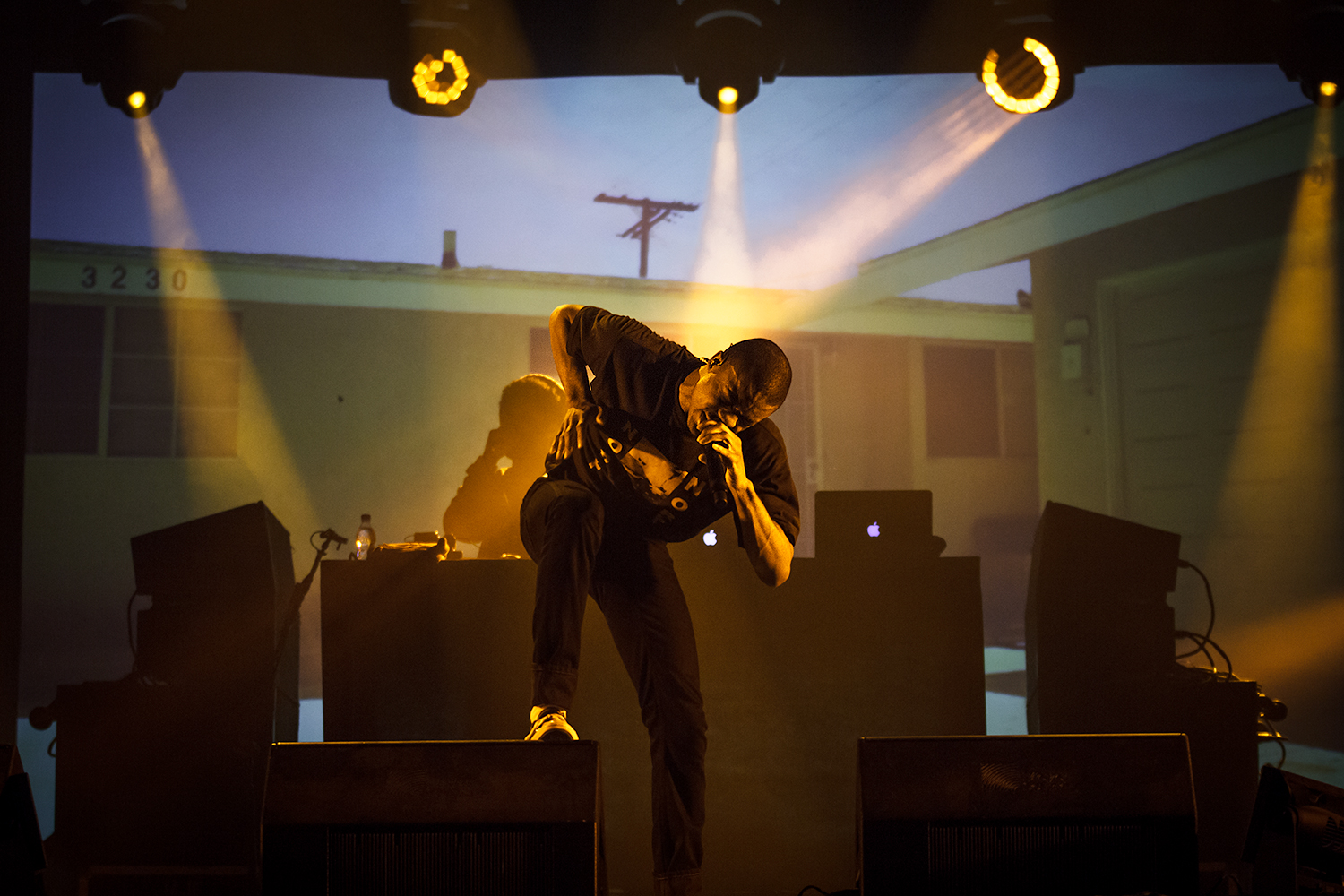 At the door to our small meeting room, a woman pokes through her head, giving me a look that says it’s time to round up. As I’d made my way backstage I’d asked the awaiting crowd what they knew of Vince’s music, I wasn’t sure a costal town in northern Poland would necessarily have been a natural home for Vince’s tunes. But the thousands of people he’d attracted were fans, ready and excited. Later on during his set they’d join in with all the lyrics being thrown down.

“You’ll be turning 23 tomorrow”, I say to him, as he turns to look me in the eye. “Do you see yourself as successful?”

“I don’t really know what success is”, he replies, for the first time taking a few seconds to think through his reply, “but I’m grateful for what I have, definitely.”

“What is success? it doesn’t mean anything. If you want people to hear your song, then you play one show and you’re successful. A lot of people want loads of money, to be rich, in which case no musician is successful, except that tiny percentage who make millions – and even then a lot of them lie about it.”

“But you also have the 10 per cent who just don’t care, and I’m floating about in there somewhere. I don’t have platinum records or a grammy, and honestly if I never get any of that stuff I just wont care. we’d continue to make music.”

Linkedin
RELATED ARTICLES
OTHER ARTICLES
After blocking the Scottish government’s gender recognition reform bill, Westminster is now devising further changes to the law to make it harder for trans people to self-identify.
AI companies that develop image-generators using copyrighted artwork from the internet are coming under fire from artists who say that it amounts to theft.
Activists and campaigners are fighting back against new laws that would seriously undermine the ability to take industrial action, calling it an attack on fundamental workers' rights.
Theo McInnes’s photos of the annual event provide an intriguing snapshot of contemporary Britain.
As she gears up for the release of her first book, the 24-year-old climate activist talks standing up to authority and building a more inclusive movement.
A new law change is enabling Britain’s donor-conceived children to know the truth about their origins – but campaigners say the fertility industry must do more to protect people.