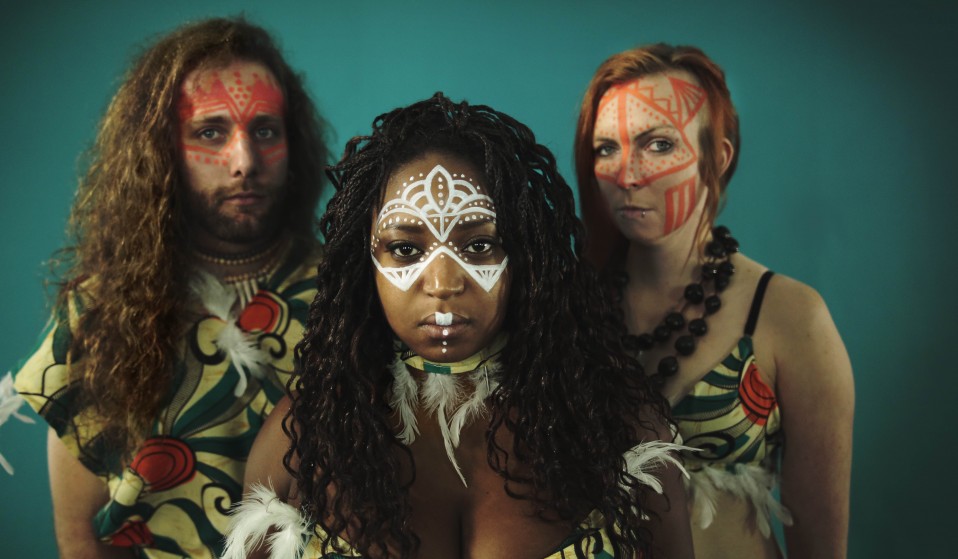 Voodoo-inspired heavy metal three-piece Vōdūn are channeling the screams of Mother Earth and the pounding drums of Ouidah.

Voodoo-inspired heavy metal three-piece Vōdūn are channeling the screams of Mother Earth and the pounding drums of Ouidah.

Forged in ﬁre, steel and blood, Vōdūn are a diverse collection of spirits who come together in a high-energy explosion of noise.

Vocalist Oya, drummer Ogoun and guitarist The Marassa draw on the legends of West African Vodun (the root culture for offshoots in the Americas, Haitian voudou, Louisiana voodoo, etc.) and the religious practices of the Afro-diaspora to celebrate these often misunderstood, ancient spiritual traditions.

Ahead of their set at the first Afropunk London this weekend, we caught up with the soulful London-based tribe to talk animism, influences and their latest album, Possession.

How did you guys develop your unique vibe? Tribal hype?
Ogoun: From a songwriting point of view, it’s all quite open. The influences are quite vast and wide, but we try and keep rhythmically an Afrobeat undertone to it. That’s something that really interests me as a drummer.

But also the whole notion of vodun has been demonised in Western culture and we want to bring more of a positive light to it. We think animism [worldview that entities in nature—such as animals, plants, and often even inanimate objects—possess a spiritual essence] generally is quite a cool concept.

Why is it so misunderstood?
O: It’s just demonised. People see these voodoo dolls and movies based around the horror aspect of it, but there’s a lot more going on than that. It’s quite a feminist concept actually, and there’s different gods to represent different things within the religion. It just seems like a very earthy, ancient religion and is something that resonates with us.

Also, the aesthetics tie in with the band, we all dress up, paint our bodies and get into the vibe of it. It’s just quite a good holistic experience really. 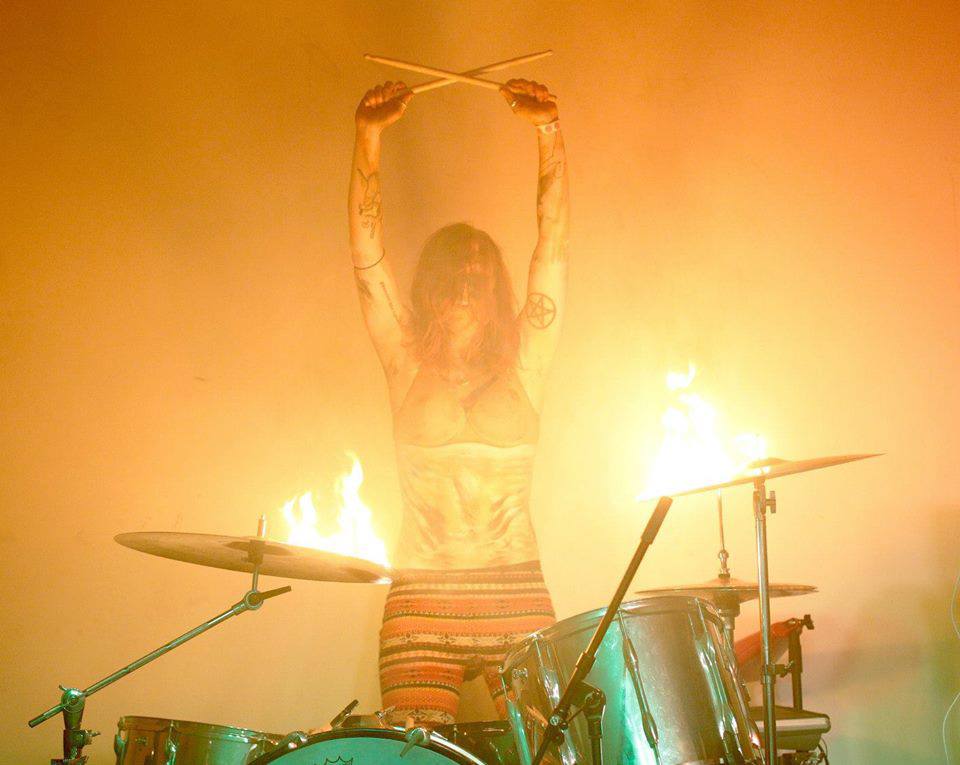 Who are your top three biggest influences – musical or otherwise?
The Marassa: My number one influence is probably Motorhead, and heavy metal in general. Being a guitarist, it’s what I base most of my work around. I guess we draw influence from everything. With Vodun you kind of draw it from the elements and the feelings and the emotions and vibes of what it is being created in the room.

O: Oya tends to write a lot of her lyrics around different concept or different aspects of the whole vodun religion, and will write from that starting point. In terms of music, I write a lot of afrobeat stuff and try to make it heavier, to fit with the vibe of the band.

And one more non-musical influence maybe?
O: The Spanish film director Pedro Almodovar. He’s just a really solid feminist, I guess. All his films are from the female perspective and the experiences are sometimes quite dark, sometimes they involve a lot of humour. So, I think that’s one of the things that we try to draw into the band; even though we’re dealing with a serious subject, we don’t take ourselves too seriously with it, you know?

I’ve seen your video – it’s pretty high energy. What do you want people to take away from your shows?
O: It ties into the title of the album, Possession, which is about the vodun experience of being possessed and completely giving yourself over to a higher power. With music it’s a similar thing. I think people can just let their defences down and feel free, and hopefully get completely absorbed in the music.

It’s the first Afropunk in London – why should we be stoked?
O: Well, we are really stoked. I remember being in New York a few years ago and seeing the lineup at Afropunk in Brooklyn.

There it began as a free festival and it happened a few days after I was leaving NYC, and I was so gutted. But, since then, Afropunk have been so supportive towards us, pushing the album and pushing our videos.

Their whole vibe is really open and welcoming. We wanted to play at Afropunk in Paris but it didn’t work out so we’re super excited about playing it here in the UK. We’re looking forward Young Fathers, who I saw in Melbourne a few months ago, and who are fucking amazing live – on a record too, but especially live. Obviously Grace Jones and Akala will be incredible too. It’s just going to be a really good all day experience.

Linkedin
RELATED ARTICLES
OTHER ARTICLES
AI companies that develop image-generators using copyrighted artwork from the internet are coming under fire from artists who say that it amounts to theft.
After blocking the Scottish government’s gender recognition reform bill, Westminster is now devising further changes to the law to make it harder for trans people to self-identify.
Activists and campaigners are fighting back against new laws that would seriously undermine the ability to take industrial action, calling it an attack on fundamental workers' rights.
A new podcast is opening up the conversation between trans women and trans amorous men in the hope of building coalitions.
Following the release of his debut single, Deyaz talks battling addiction, dealing with his struggles through music, and building a budding music career from his living room.
Filmmaker Laura Poitras discusses her new documentary which traces the remarkable life of the artist-activist and the impact of her battle against the US opioid crisis.