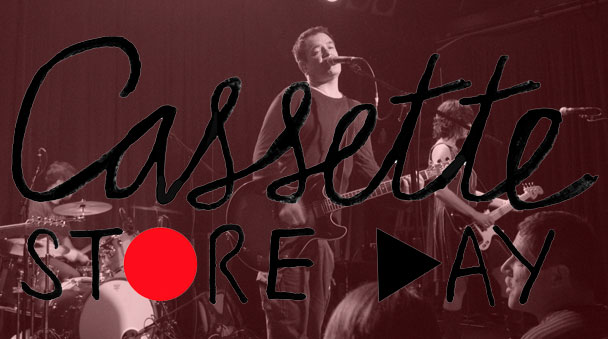 David Gedge of The Wedding Present celebrates the tape in the run up to Cassette Store Day this Saturday, September 27.

David Gedge of The Wedding Present celebrates the tape in the run up to Cassette Store Day this Saturday, September 27.

In the run up to the big day, this Saturday, we’re asking some of the diverse Cassette Store Day artists to tell us about their favourite cassettes and explain what the humble tape means to them. Second up is David Gedge of legendary Leeds-based indie rock band The Wedding Present.

What’s the first cassette you owned?
Slade Alive, by Slade. It was from 1972, just before they had all their glam-rock hits.

What was the last cassette you bought?
I’ve never bought pre-recorded cassettes, just blank ones to tape stuff.

What’s your favourite cassette ever?
Tubular Bells by Mike Oldfield is my most ever played cassette. But it only had Side 1 of the LP on it. So I know that side very well but Side 2 hardly at all.

What’s the best cassette artwork you’ve ever seen?
It was a mixtape by Sexbeat called 009:Radfest – which contained a Wedding Present cover of Wreckless Eric’s ‘Whole Wide World’.

What’s the best mix cassette you ever gave/received?
I once made a cassette of my friends’ 7” punk singles from 1977, which I played to death. He had loads, so it was a full C90. But it was for myself so maybe that doesn’t count?

Why are cassettes awesome?
Because they’re playable anywhere – home, car, walkman – and you just begin listening where you last pressed ‘stop’.

What cassette release are you most looking forward to this store cassette day?
I see that there are plenty of ‘various artists’ cassettes, I’d probably go for one of them.

Linkedin
RELATED ARTICLES
OTHER ARTICLES
As spiralling inflation sees a sharp rise in industrial action, hospitality staff in LGBTQ+ venues are demanding better pay and working conditions.
To mark the premiere of his new documentary on surfing giant Gerry Lopez, the filmmaker and former pro skateboarder sits down to share his unique brand of wisdom.
Photojournalist Fiora Garenzi spoke with people still living in Eastern Ukraine, an area which seen some of the heaviest fighting since the war began.
With the Women’s Euros in full swing, last week saw glorious, sweaty celebrations take place in a dedicated, safe space for female and non-binary fans.
The Conservative leadership contest has exposed an obvious truth: whether our next prime minister is a woman, or a British-Asian man, they will continue to fan the flames of division.
Yesterday, rail workers came together to protest poor pay, working conditions and job cuts in their latest round of strikes.