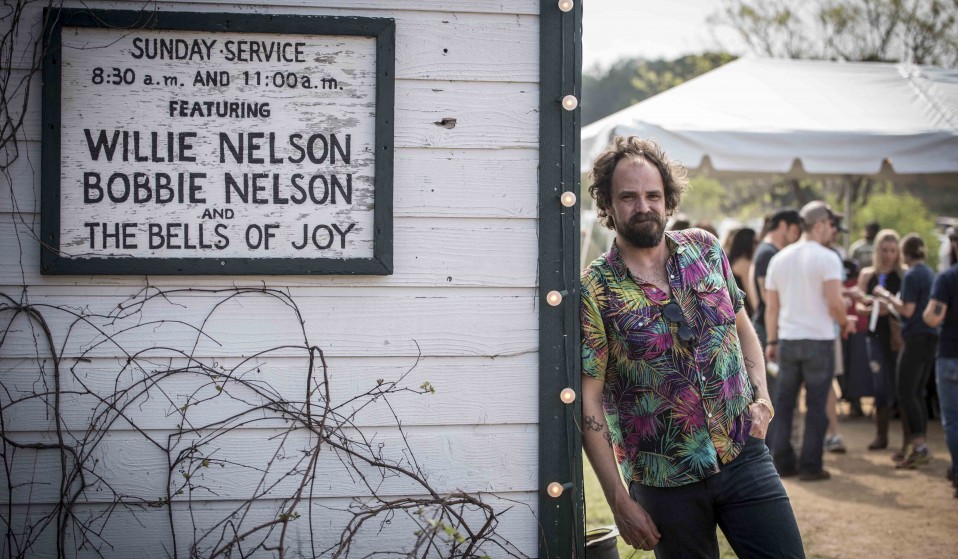 James Joiner is no stranger to SxSW - he's worked the Austin festival for over a decade and snuck in plenty of times before. He looks back at another year, and asks what's really pulling in the crowds: corporate sponsorship, new music junkies, or the tacos, parties and wild stories you take home after another year.

My plane landed in Austin, Texas at midnight. Despite the late hour it was still humid, the air thick and foggy, it was like stepping from the plane’s climate controlled cabin directly into the back of some band’s Econo van, heavy with the funk of people on a steady diet of no sleep and bottomless drinks.

At first I was shocked they let me drive off with the rental car as wild haired and red eyed as I must have been. In retrospect, considering the teens in Marilyn Manson gear yelling at the agency’s manager that they didn’t have a credit card and needed to rent a car with the pile of crumpled small bills piled on the counter, I probably came off like a saint. Or just another dishevelled Jeff Tweedy lookalike arriving for South by Southwest. 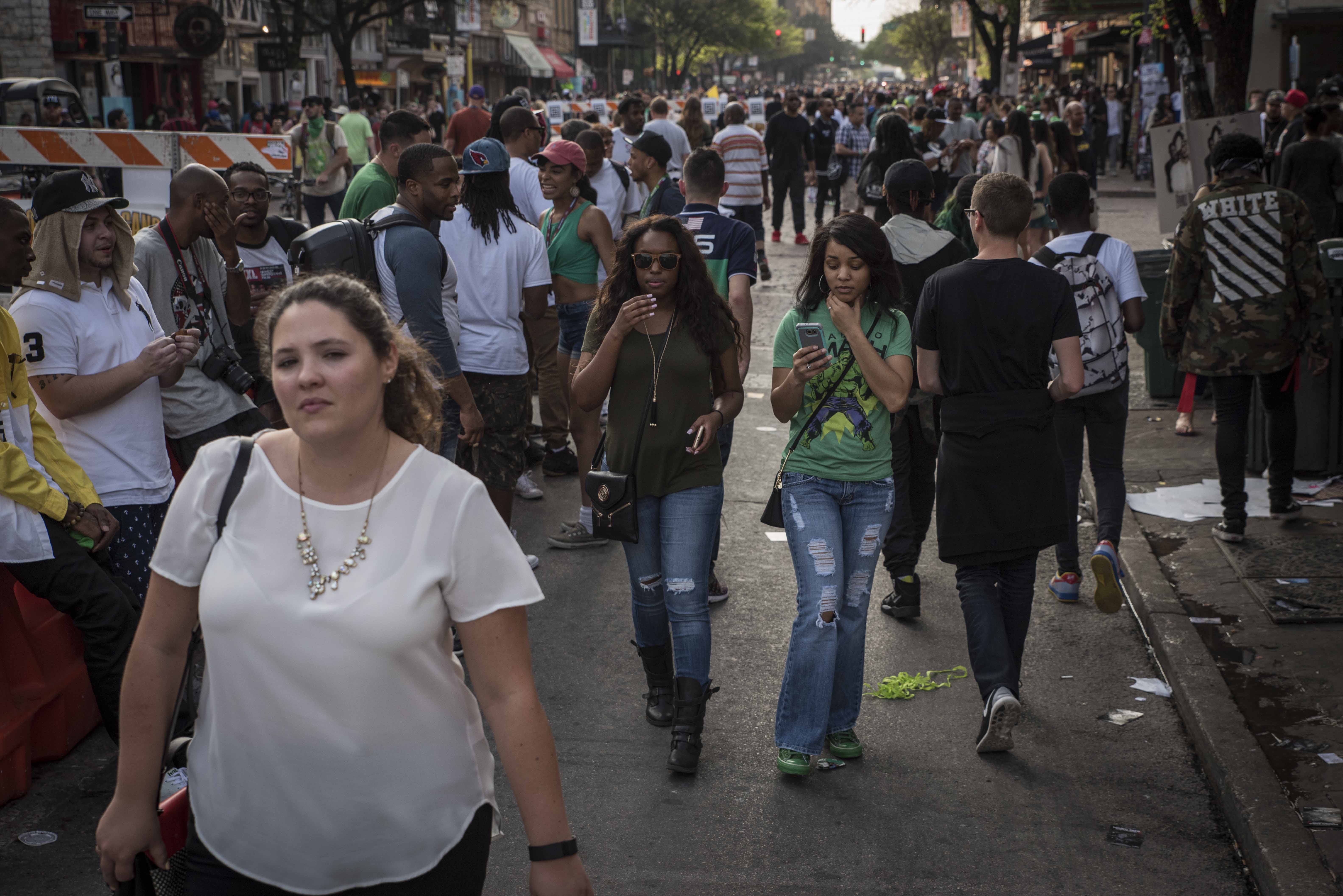 Now thirty years old, SxSW Music has long since established itself as an annual pilgrimage. Equal parts cash cow for the city and organisers, Westminster Dog Show/Crufts for record labels, street-cred proving grounds for big-ticket brands and marketing firms, and spring break for journalists and industry hangers-on. Some 30,000 people jam pack Austin’s already cramped quarters every March for a party that gets bigger and weirder every time. 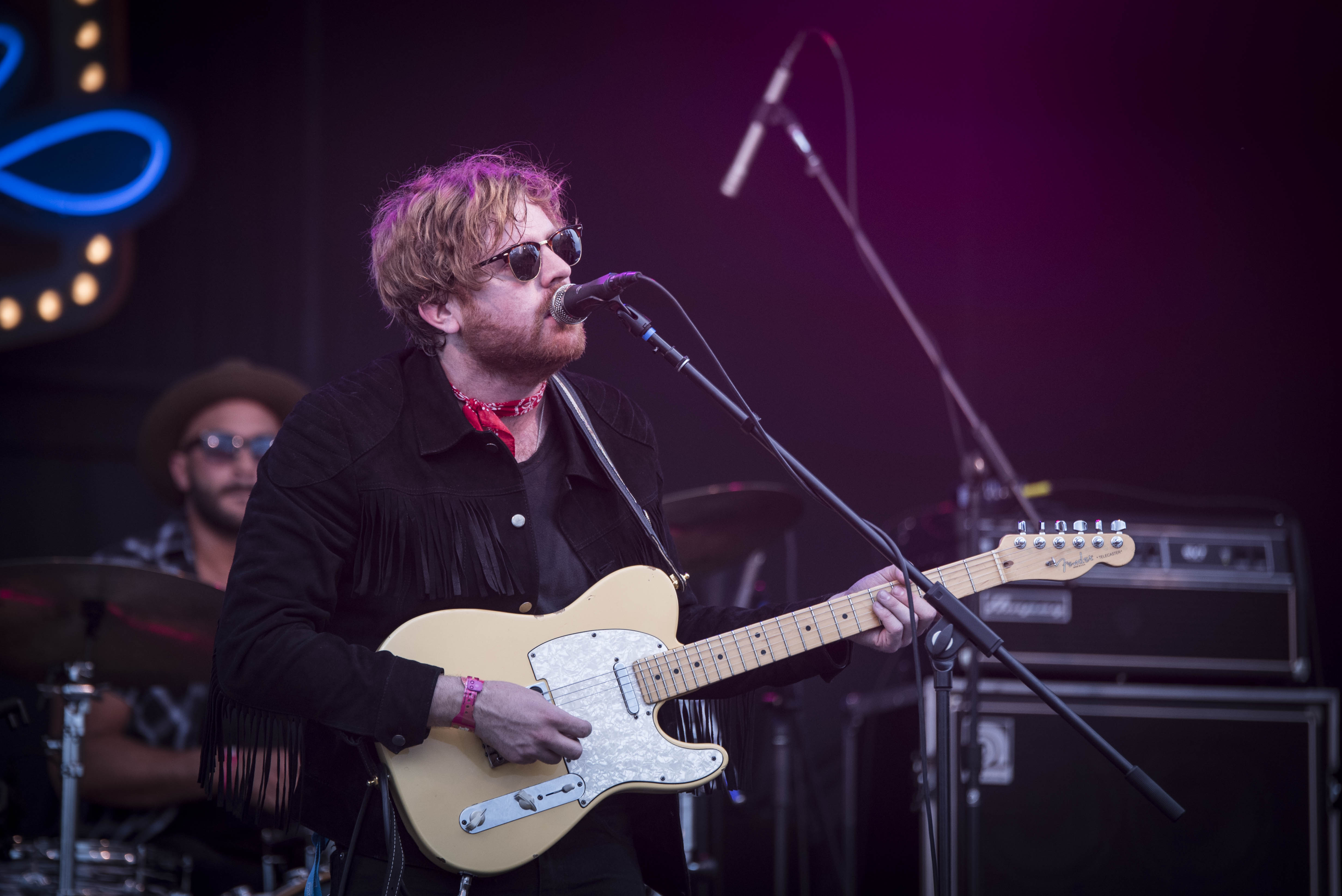 Ironically, for musicians little has changed since those first 700 people attended back in 1987. It’s an opportunity to be heard by now thousands of potential new fans, a number that sounds impressive but is offset by the increasing difficulty of booking official showcases without a manager and booking agent, and the sheer volume of artists vying for attention. Even then, after all these years and dollars made – in 2013 SX delivered $218 million to the local economy – non-marquee bands are still expected to perform for little to no money, exposure is considered the primary payment. 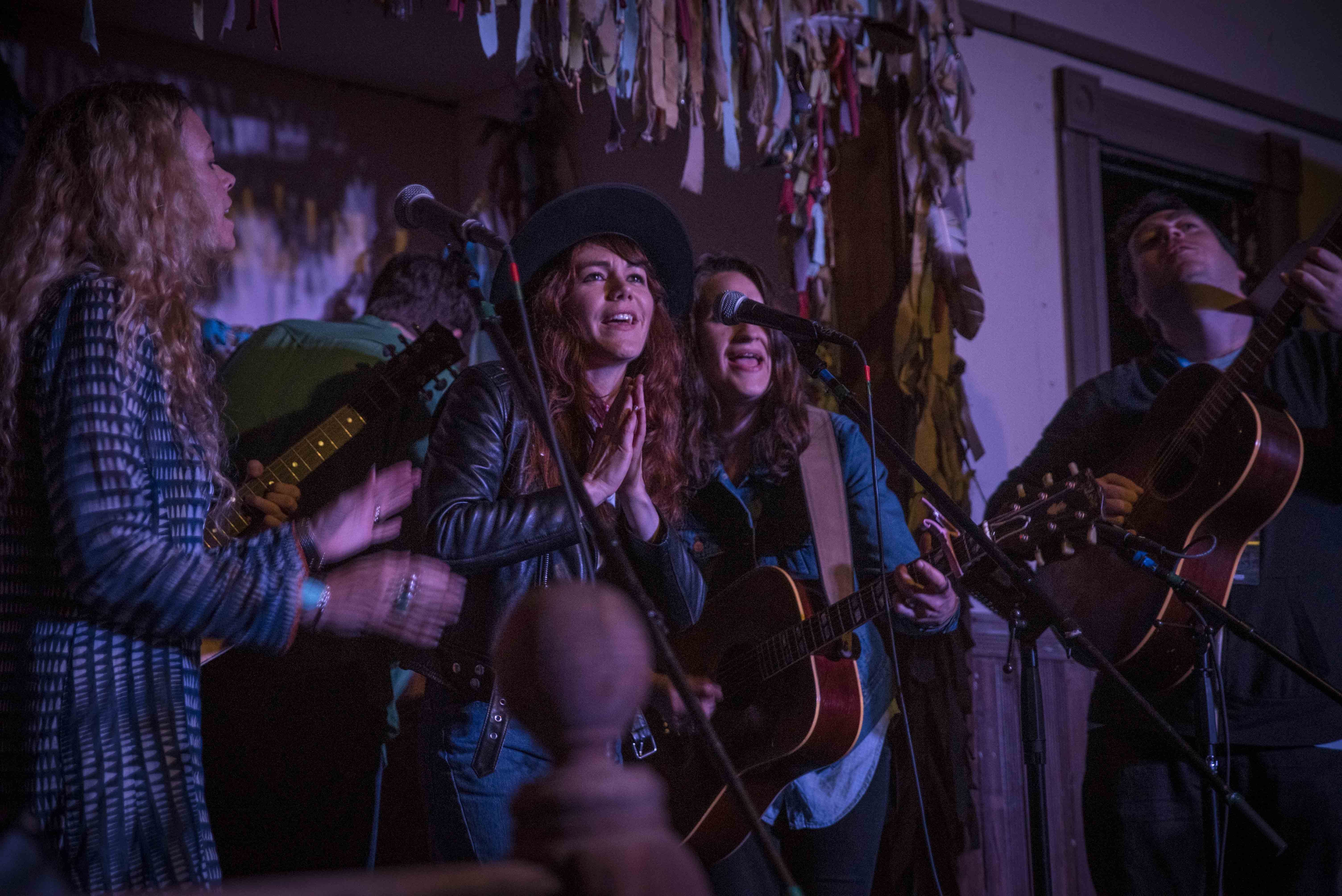 My first stop, being the old man that I am, was my hotel. I planned to just to grab my parking pass and check in, but six hours later the sun was up and suddenly so was I, face down on the heavily bleached sheets. Brushing aside the regret of a lost evening with the promise of breakfast tacos, I hit the road.

Austin is a foodie’s Mecca. You’ve got epic BBQ at Franklin’s, so good even Kanye can’t jump the line – although you can pay enterprising local kids to wait on your behalf. The sheer volume of creative, mouth-watering food trucks alone is enough to keep Action Bronson busy for a month. As a native New Englander with a love of tortillas, however, if I’m anywhere south of West Virginia it’s taco time.

In Austin, options abound. I opted to kick it off at Torchy’s, a local chain that never lets me down. How good is it? Well, Obama ate there after his keynote speech this year, and if it’s good enough for POTUS, who am I to argue? Plus, for breakfast you’re hard pressed to spend more than $8, including coffee, no matter how hungry you are, which fits nicely into a journalist’s tight budget. 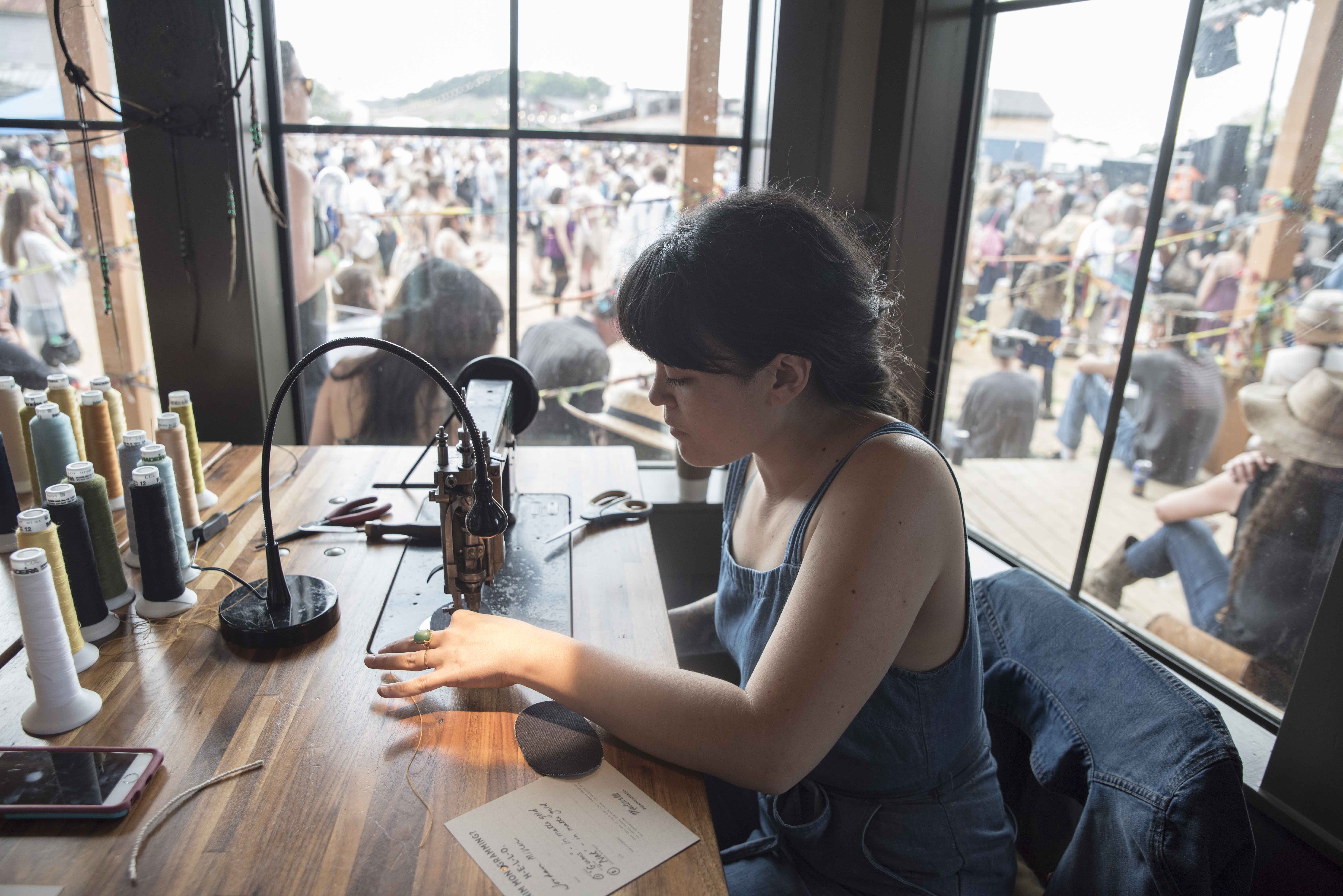 If you’re the risk taking extravagant type, you can gorge on the fried chicken, egg, and maple syrup cradled on a waffle bent like a taco shell, but bear in mind you’re kissing the rest of the day goodbye to a food induced stupor.

Post tacos, it’s time to get to work. After racing across town to interview Edward Sharp’s Alex Ebert inside Apple Music’s Anthropologie showroom about his forthcoming album, I met up with tour manager to the stars David B at Newport Folk Festival’s shindig, where we enjoyed a vodka and soda for lunch while contemplating Third Man Records’ vinyl truck. The good thing about everyone in the industry being in the same place at the same time is that you always have someone to party with. This is also a bad thing, if you have work to do. 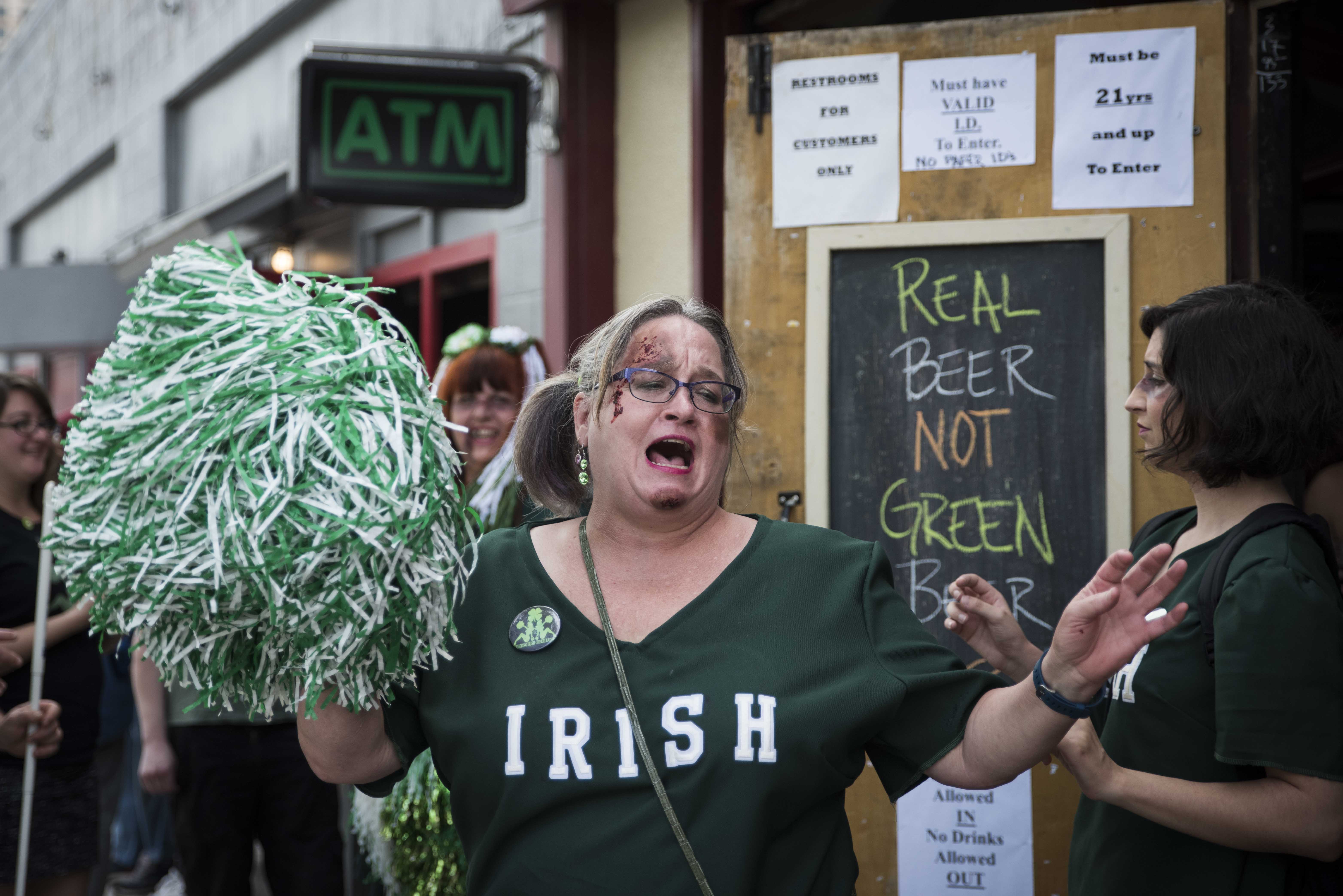 Dave was quick to point out that it was St Patrick’s Day, and next thing I know we’re screaming at soccer fans inside a dimly lit, tightly packed Irish bar off Sixth Street, as Manchester United take a pummelling from Liverpool. Green-hued bar maids done up for a zombie crawl dancing in the streets, and next we found ourselves watching soon-to-be-legendary Texas hardcore band Power Trip bring a packed house to blows, bloodshed, and ear to ear smiles. Then oysters, margaritas, and 83-year-old Loretta Lynn crooning a mobbed crowd at Stubbs to their knees. 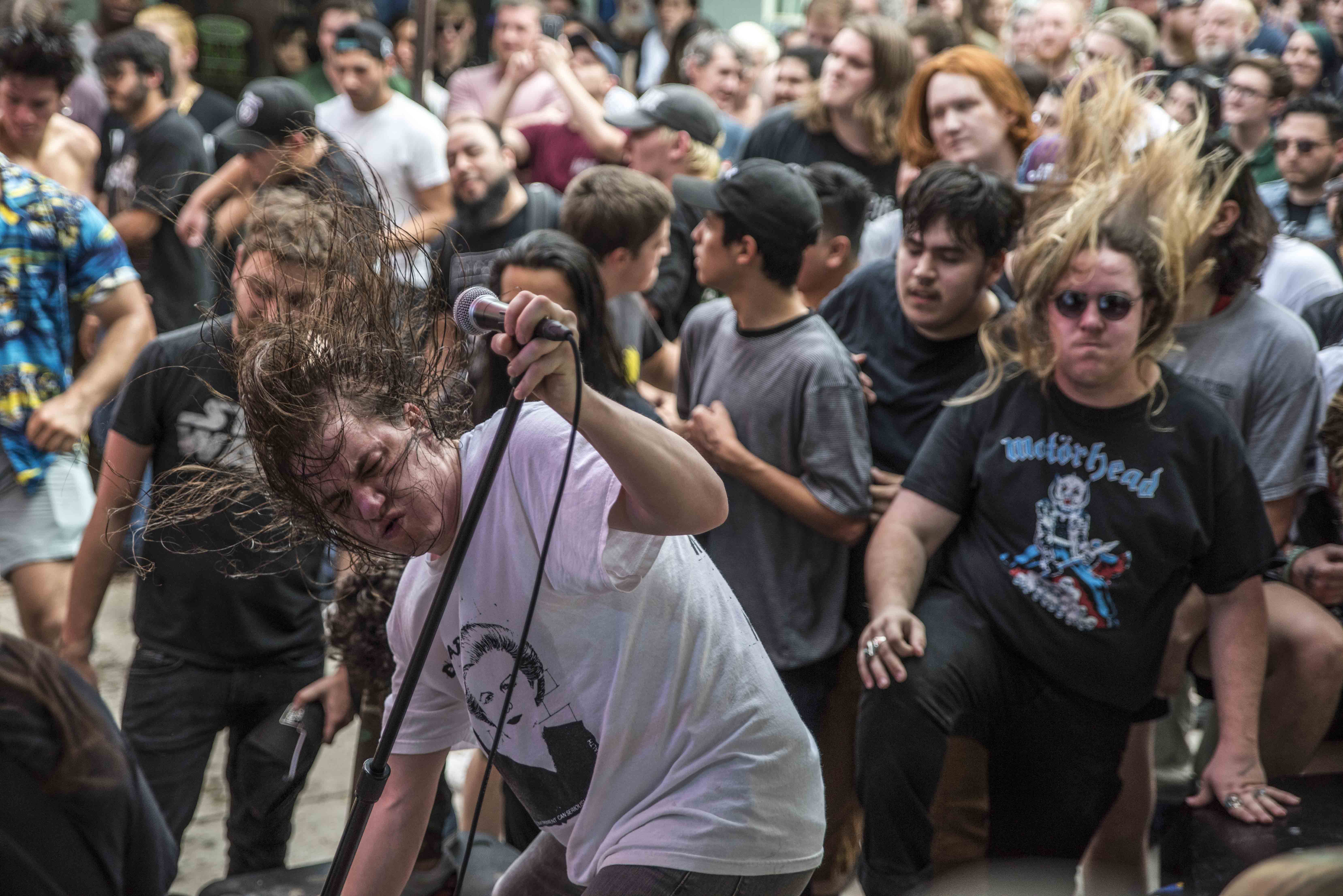 You know you’re at SXSW when bands that normally blow out theatres are playing places with names like the Kebab Palace, or cramming into Mellow Johnny’s bike shop (which to be fair is owned by Lance Armstrong, who has on occasion taken up the drums himself). With all the wasted people dancing in the streets and every band ever playing in every place imaginable, it’s easy to forget SXSW isn’t really a music festival in the Bonnaroo sense.

Ultimately, it’s a trade show. Revellers shell out up to two grand to get into these hole-in-the-wall “venues”, watch long tables of industry veterans talk under flickering fluorescent lights about arcane subjects at the convention centre, and network. Lots of networking.

Listen in to any conversation, and you’ll quickly realise that everyone is working the angles at SX. They’re all hustling. Journalists are looking for scoops, artists for labels, marketing people for clients, and everyone else for a story to tell when they get home. 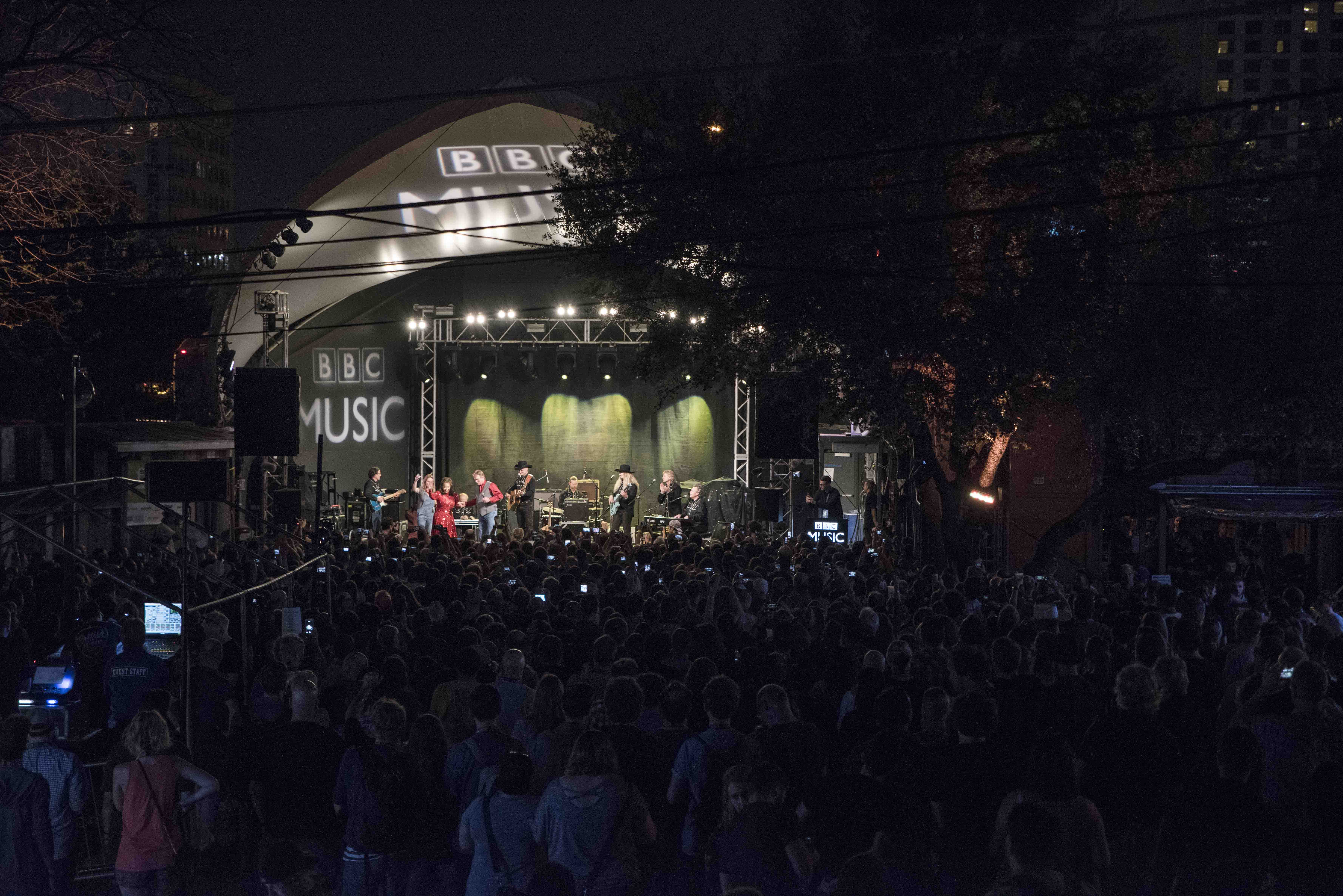 Where else can you smoke Willie Nelson’s new brand of weed in his own private ghost town, watch amazing up and coming bands play their hearts out while free drinks flow, find yourself evacuated due to looming thunderstorms and hail and then moments later somehow be huddled next to Bill Murray in a chapel watching Jenny Lewis and Lucius jam? And all before 10 PM, because now the night is just really getting going. 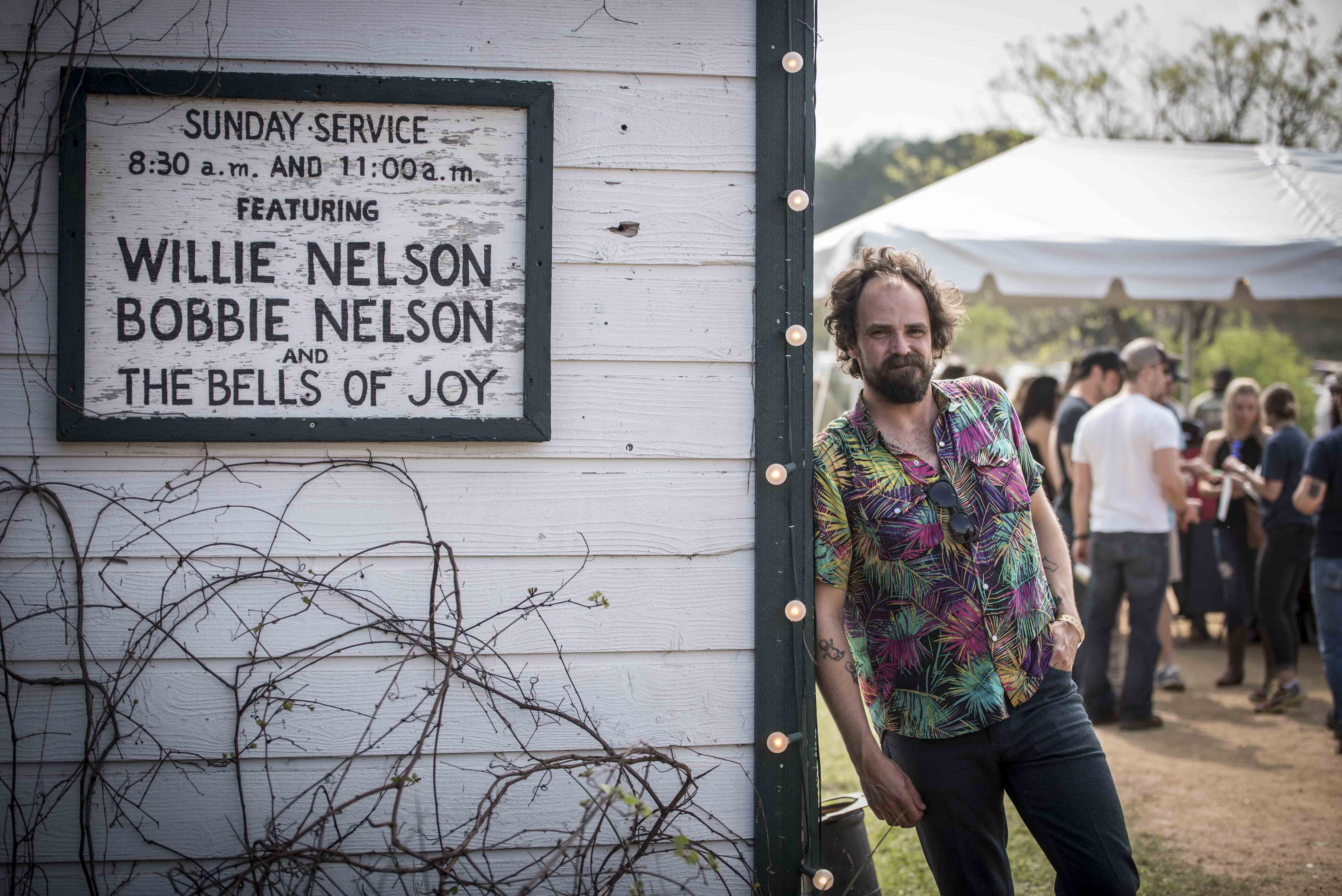 Don’t let the haters dissuade you. You should go to SXSW, and start saving the pennies now.

The key is to laugh at the legions of self-important industry bods radiating cooler-than-thou vibes, bask in all the corny events that every year fuel the bullshit think pieces that claim Lady Gaga getting puked on beneath a giant Dorito undermines the soul of music. Let’s be honest, shall we? Music is the soundtrack to our culture, and these days our culture is fucking bizarre. So what if you have to deal with some bullshit? It’s well worth it when you get to see Iggy Pop perform for a small room full of people and then go shot for shot with your new favourite band while riding a mechanical bull as Gary Clark Jr. mans the jukebox. And if it wasn’t, well, that’s on you.

See ya next year, Austin.

Linkedin
RELATED ARTICLES
OTHER ARTICLES
Over the weekend, the United Families & Friends Campaign organised a protest calling for an end to deaths at the hands of the police.
With the singer’s tour in full swing, we sat down the musical production company who made the electrifying show possible.
After being subject to racism growing up, Kavi Pujara’s photo series allowed him to reconnect with and reimagine his hometown.
Planet Ardbeg is a 40-page sci-fi anthology created by three cutting-edge artists.
The photographer reflects on a decade which saw the rise of MTV and the flourishing of new genres.
Photographer Ira Lapu documents the lives of ordinary Ukrainians living amid a brutal conflict.