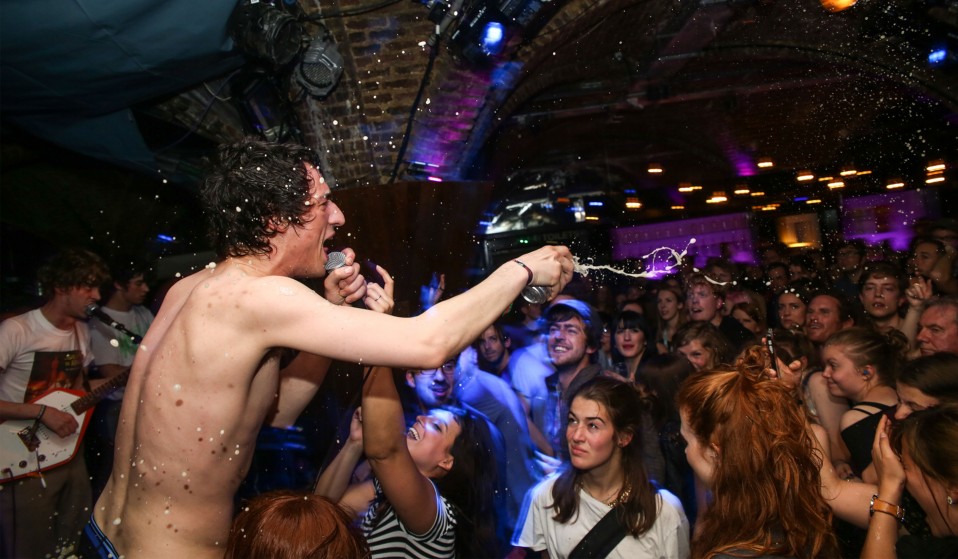 Huck asked the director of The Great Escape, Europe's biggest showcase for new music, what we can expect from the festival's tenth edition.

Huck asked the director of The Great Escape, Europe's biggest showcase for new music, what we can expect from the festival's tenth edition.

So who’s escaping whom?
(Laughs) The name actually came about when the co-founders John McDary and Martin Elbourne founded the festival. The initial concept was bands and the industry could come to Brighton to escape their local marketplaces and find new audiences. That was where The Great Escape name came from.

You’ve been described as Europe’s SXSW Music, is that a comparison you’d make?
It’s one of the easiest ways to explain what the event is if someone doesn’t know about it. When we first launched the event, the idea was that we would become Europe’s answer to SXSW. Now a lot of people do compare us to them, which is fantastic.

The one thing is we’re keen to avoid becoming as big as SXSW. One of the special things about the festival is that it’s still reasonably intimate and the bands that play do have a reasonably good enough chance to cut through.

Are you cautious about big names becoming as prominent as they are at SXSW?
Our heart is always showcasing new bands, but we do have a handful of high-profile artists every year and we will continue to do so. We have one big stage, the Brighton Dome that’s an 1,800-capacity venue and each night we have a high-profile artist there. This year we had a big one-off show with the Kaiser Chiefs — which was great.

But the other 500 bands who are playing are all up-and-coming artists and we don’t want to change that. It’s the reason we exist. But it’s great to have those other names to draw attention to the festival and help get the other artists exposure beyond what they might normally get.

How do you work with bands and indie labels?
It’s quite a complicated process overall. Initially, we have an open submission process on our website and it’s free for any band to register for consideration and to be booked. That opens in September.

We get around 7,000 submissions a year, which is amazing. Outside of that we have a core team and between us we travel to many other international showcase festivals around the world. We go to as many as we can between one Great Escape and the next. That’s how we choose the bands from outside the UK — by seeing them.

All of that comes together to make The Great Escape happen.

Is there anyone you’re especially proud to say played the festival?
There’s quite a few that we’ve had at the very start of their careers. Adele played to 80 people in a coffee shop at The Great Escape. Alt-J played in a 200-capacity pub a few years ago. Foals played on the pier and Haim played on the pier two years ago in a 300-capacity pub. So we’ve got a good track record. It’s exciting when you look at in a list like that.

How do you plan to celebrate TGE’s’s 10th birthday?
It’s exciting to reach number ten. One thing I’m really excited about is the chance to look at the bands that have played over the years and see if they want to come back. We’re already in conversation with a few people — which is pretty awesome.

The key thing is we don’t really want to lose sight of the ethos of the festival, which is showcasing new artists.

What genres would you like to see more of?
Traditionally we’ve been more of an indie festival and this year we made a conscious effort to program outside of that category. So we had artists like Kelis on the bill, John Hopkins is one of our bigger bands and we’ve had Flux Pavilion play the festival as well.

We want to make sure we’re appealing to wider audiences. We don’t program that much hip hop so we’d like to see more hip hop and we’d also like to see some more dance music. We want to ensure we get different audiences here so more people get to enjoy the festival.

If you would like to play The Great Escape 2015, submit your music here.

For a taste of The Great Escape experience, check out the three Huck films we shot at this year’s showcase.

Linkedin
RELATED ARTICLES
OTHER ARTICLES
Photographer Robin Graubard’s debut book offers an unflinching record of turbulence and change across the Balkans.
The revered showbiz chronicler recalls his journalistic beginnings, documenting subcultural scraps in the ’80s.
From the Yakuza to a biker gang, Bruce Gilden recounts capturing Tokyo and Osaka in the ‘90s.
In the last of our dispatches from OFFF Barcelona, Rufus Deuchler and Vincent Gault discuss the future of creative process.
Over the weekend, London locals came together to resist a pre-planned police raid targeting delivery drivers.
After news broke last week around an expected reversal of the 1973 landmark law that made abortion legal in the US, protestors gathered in the UK in support of American women.