Art & Culture / Music / ‘Within me, there’s an addict and a saboteur’ 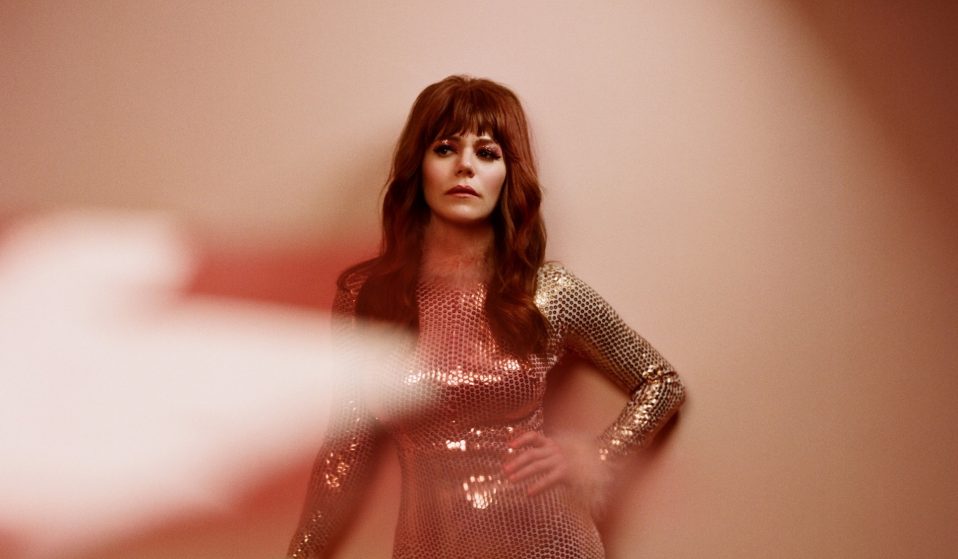 After weathering one of the toughest storms of her life, the singer is back with a new album. She talks love, loss, and the importance of optimism.

After weathering one of the toughest storms of her life, the singer is back with a new album. She talks love, loss, and the importance of optimism.

Jenny Lewis is yet to have her first coffee of the morning, but within seconds of our conversation starting she’s already burst into song. “Your name is Ben? Like the song?” She asks, before serenading me with the opening lines of Michael Jackson’s eponymous hit single. It’s an exchange that tells you everything you need to know about Lewis – she’s warm, welcoming, and willing to put herself out there in front of a total stranger.

Lewis began working as a child actor over 30 years ago, growing up on sets for television shows, films, and commercials, like The Wizard and Troop Beverly Hills. But it was as a founding member of Rilo Kiley, and one of the few women fronting a band in the indie scene of the ’00s, that she really made her name.

The break-up of Rilo Kiley preceded what would be a difficult period for Lewis. While writing her new album On The Line, a 12-year relationship with boyfriend, Jonathan Rice, came to an end. In 2017, the singer lost her mother – a heroin addict since Lewis’ childhood, the pair had been estranged for a number of years – to liver cancer.

Production on her album was then marred by the involvement of Ryan Adams as a producer following allegations of sexual and emotional abuse brought against him by several women. (Lewis was quick to distance herself from Adams, and has repeatedly said that she stands “in solidarity with the women who have come forward”).

Out of this chapter has come On The Line, an album with all the hallmarks of what defines Lewis as an artist. Blending upbeat country-inspired indie with lyrics that are searingly honest, it is an album that finds a reason to be cheerful even while the world seems to be falling apart around it. It would have been easy for Lewis to fall into despair or cynicism – and most people would have allowed her that – but instead, she’s spent her time focusing on something we could all use a bit more of these days: hope.

You’ve been in show business now for over 30 years now –
– I’m actually eligible for my retirement. I was eligible at like 25.

As someone who has worked in film and music for so long, how has the industry changed in that time? Obviously, we’ve had something of a reckoning in recent years.
It’s hard to notice change when you’re standing in the middle of it. But with a little time and distance, things tend to come together. I’m still piecing together the history of my career because it has such a weird arc.

I started as a child in Hollywood and then became one of the few women out on the road in the early 2000s playing indie rock – which was weirdly puritanical, and male-dominated like every other industry. It just felt like the way things were.

But now sharing the festival bills with more and more women every year, and the fact that we’re talking about the discrepancies, and [that] there’s been a little bit of movement in a positive direction, it kind of makes you feel old actually. It’s like, ‘Wow I’ve been around long enough to see things change.’

Now, the indie rock scene seems to be overflowing with female talent – and so many of them hold you up as such an influential figure in that. You’ve said it makes you feel old, but it must be heartwarming too?
I just do my thing. I’ve been doing my music for 20 years. I can’t believe the records that I’ve made have had an impact on female songwriters, that’s the greatest thing that I could have hoped for. To inspire women to pick up an instrument and tell their story that’s way beyond what I ever imagined for myself.

You’ve become something of an icon yourself, but on the new album you worked with the likes of Ringo Starr. I suppose with where you are in your career, is that just no longer a shock?
I am typically comfortable in a room. Period. So you can put me in a bar in Oklahoma, you can put me on like a tiny plane hovering above Port-Au-Prince in Haiti. You can put me on the back of the bus in like the Czech Republic. I’m fine, I love people. I find that most people are really sweet.

So often show business turns people cynical, but you sound so optimistic.
I’m a survivalist. I find that it’s easier to survive if you aren’t the guy at the end of the world who’s like, ‘I told you so.’ I have no room for cynicism.

It’s all fucked up, we know that. We’re in a very weird time. So how are you going to spend your days heading towards this black hole – which we’ve now seen a picture of? It’s kind of weird, actually; that’s exactly how I imagined it to look.

But it must be difficult to remain optimistic. This album has been produced in what must have been a difficult moment for you. You came out of a long-term relationship and then you lost your mother. You’re a survivalist but you’re an orphan now, too.
Well, it’s lonely. It’s lonely when you lose people. It’s really scary to be on your own, to be a single orphan in the world. But I don’t feel jaded and I don’t feel old. I’m just making my records and I hope I can make them for a little bit longer and find a little happiness and get laid along the way.

You had a difficult relationship with your parents but it’s often said that as we get older we become more like them, or at least understand them better. Has that been the case for you?
Of course, every day; we’re all trying to break this cycle that we were taught, and that our genetics teaches us. I really believe in epigenetics. So within me, there’s an addict. There’s a saboteur. There’s a performer. There are all those things I got from my parents.

So I understand them. I understand why you would want to hide out from the world, but also want to sing in front of them. It’s a weird juxtaposition. I don’t want to repeat the negative patterns but I’ll take all the good music stuff.

And that ‘music stuff’ must be a great way to work through it all. To express yourself.
I was trained to express how I feel from a very young age. At four years old, I was in front of the camera – I had no idea what was going on. And they said, ‘Cry.’ How do you understand that as a child? Why would you cry if you don’t feel like crying? How am I supposed to cry?

But it also opened a portal. That’s all method acting is: think of something terrible or joyful, and try to relive that moment. With the writing thing you’re expressing but when you’re performing live I’m back in that place when I was a little kid and I’m just trying to connect with the feeling.

Coming off the back of so many emotional breaks, does it feel like something of a new dawn for you?
I feel as free as I’ve ever felt, creatively. No one is telling me what to make or how to make it. I’m free to create and what an amazing position to be in. I’m still optimistic and feel really good about the adventures that lie ahead.

Being a lady out in the world on tour, in charge of 11 other people on the road. I guess I’m the leader now.

You’re not used to being in charge? You’ve been touring as a frontwoman for years now.
I’ve always been aesthetically in charge. But I’ve had a partner with me. My boyfriend was in my touring band for a decade. We had this shared sensibility and we created some really lovely things together. But really, this is the first time I’ve been a single person without that partner to bounce stuff off of. This is the first time I feel like I’m just out here on my own.

You wrote every song on this album, so I guess artistically you’re striking out on your own too?
I love collaborating with people, it’s so fun. But I’ve connected more with the two albums that I wrote on my own. My first, Rabbit Fur Coat, and this one, On The Line.

I mean, every word is mine. It’s my story to tell. But a lot of singer-songwriter records have a million co-writers. There are no rules. Write songs with whoever the fuck you want. But I like being able to stand up in an interview and say, ‘Ask me anything!’ Because I can answer it. I wrote every word.

On The Line is out on Warner Bros.

Linkedin
RELATED ARTICLES
OTHER ARTICLES
In the latest instalment of Photographers in Conversation, the creator talks portraiture, platforms and taking inspiration from Little Simz.
As the Criminal Bar Association enters its fifth week of action, criminal barrister Russel Fraser explains why the legal professionals have walked out and how action is likely to escalate.
With the UK now set to run out of vaccines, people working in the sex industry – particularly outside of major cities – have been left especially vulnerable, reports Brit Dawson.
With the virus now a global health emergency, we must take steps to fight misinformation and demand a swift UK-wide vaccine roll out, writes Phil Samba.
A sharp increase in officers armed with the electrical weapon is resulting in serious injuries and deaths.
To mark the premiere of his new documentary on surfing giant Gerry Lopez, the filmmaker and former pro skateboarder sits down to share his unique brand of wisdom.