Photographer and filmmaker Jeremy Relph explores the connections and contradictions between Jamaica’s deep-rooted religious morals and its raucous dancehall culture.

Photographer and filmmaker Jeremy Relph explores the connections and contradictions between Jamaica’s deep-rooted religious morals and its raucous dancehall culture.

I caught the dancehall bug the moment I got out of the car at my first party in Jamaica. You could hear the music from the road. The crowds of people, the volume of everything way up, crazy colours on outfits.

I was at a party in Tivoli Gardens, in West Kingston, former stronghold of druglord Christopher “Dudus” Coke. I always kind of felt like I didn’t get dancehall, until I began to notice how, despite the often sexually explicit lyrics and dancing, the vibes at dances often seemed conservative.

Then everything jumped out at me: men and women standing apart from each other like shy kids at a high school dance and the strong religious presence in the middle of parties where you’d least expect to find it. That became the pull to dig deeper into the connection between Jamaica’s conservative, religious values and its sexually-charged dancehall culture. 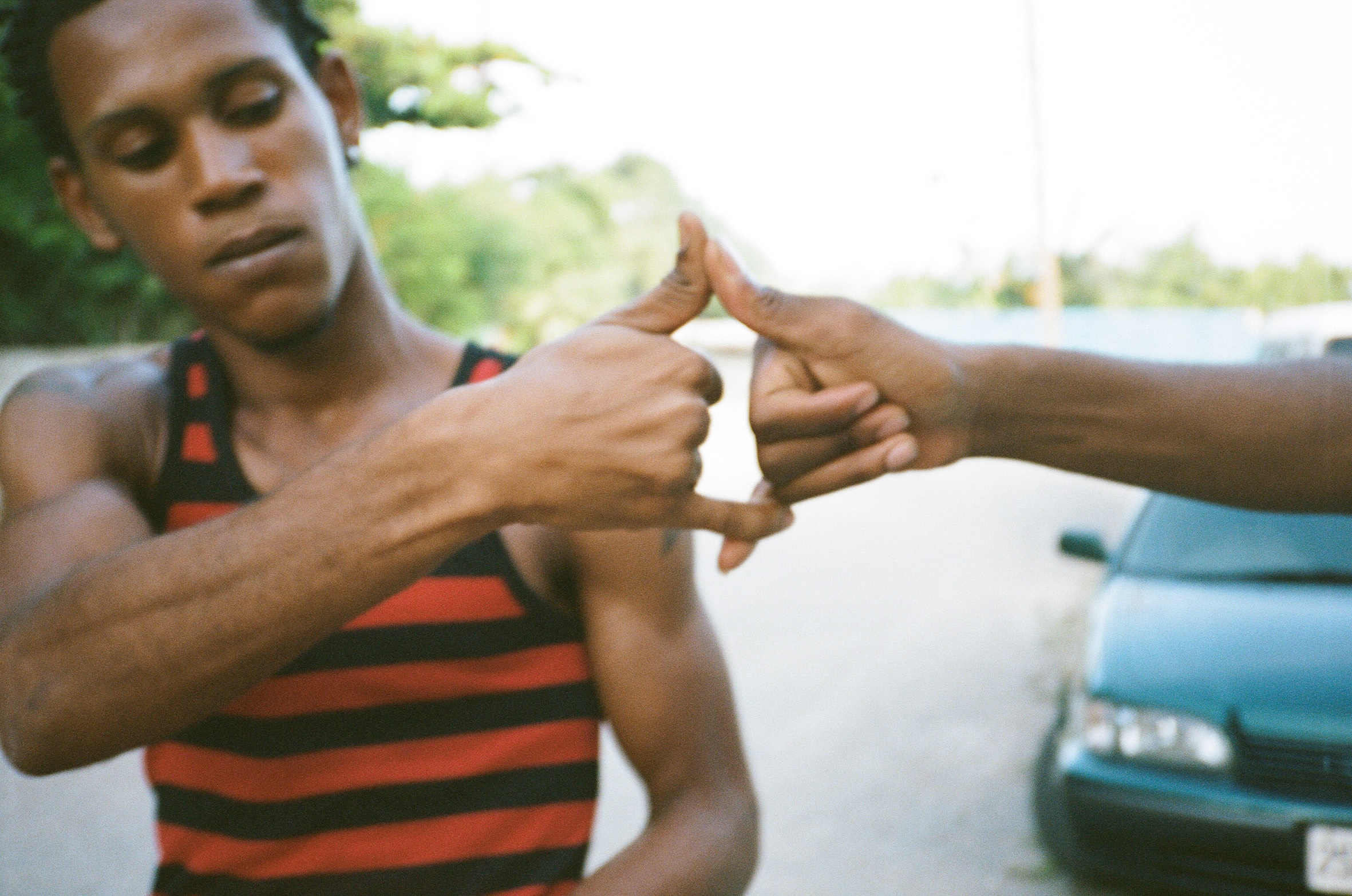 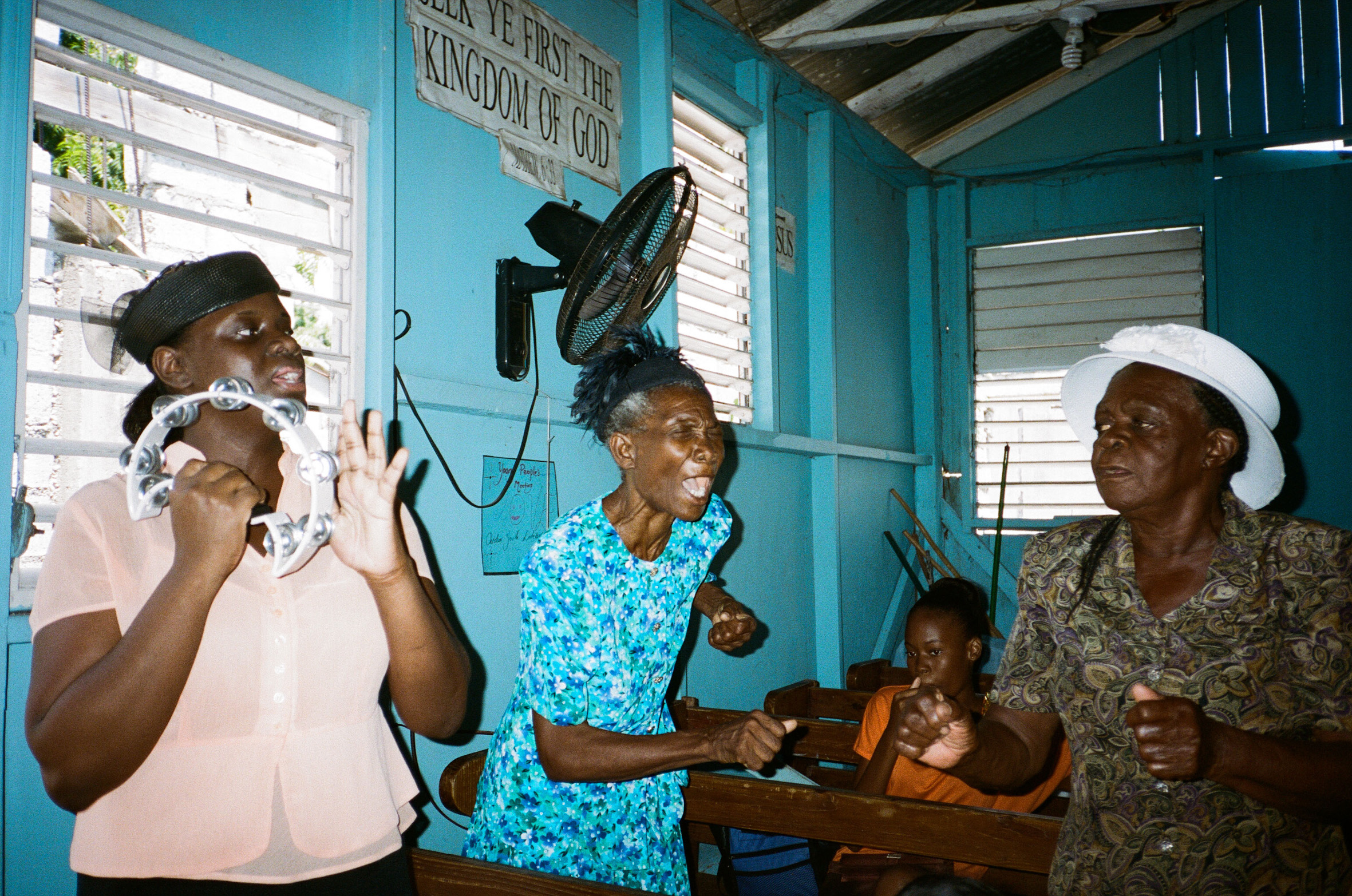 I grew up in the suburbs of Toronto had lots of friends with Jamaican heritage. We all listened to hip hop, reggae, house music, etc. and Jamaican culture was always pretty dominant, especially in Toronto’s hip hop scene. Fast forward a bunch of years and I had moved from hip hop journalism into conflict journalism.

I had just returned from Afghanistan, with no idea what to do with myself. I figured I would go to Jamaica for a couple weeks, write a little story. But then the Arab Spring took off and I ended up going to work in Libya, instead. There I started thinking a lot about beauty, love and God, and about articulating something without words.

I finally made it to Jamaica, which can be a very religious place, and continued developing that train of thought. I’m wired maybe to see the worst of religious culture. What I often see is hypocrisy, hyper judgemental – the typical stuff that you see in churches and get turned off by. But I felt like, what if I could step back and see the beauty too. What if that existed? And what if I could see the beauty and links between the two – church and dancehall? What if I looked at these two worlds without judgement? I imagine that’s how God looks at the world, more with love than judgement. 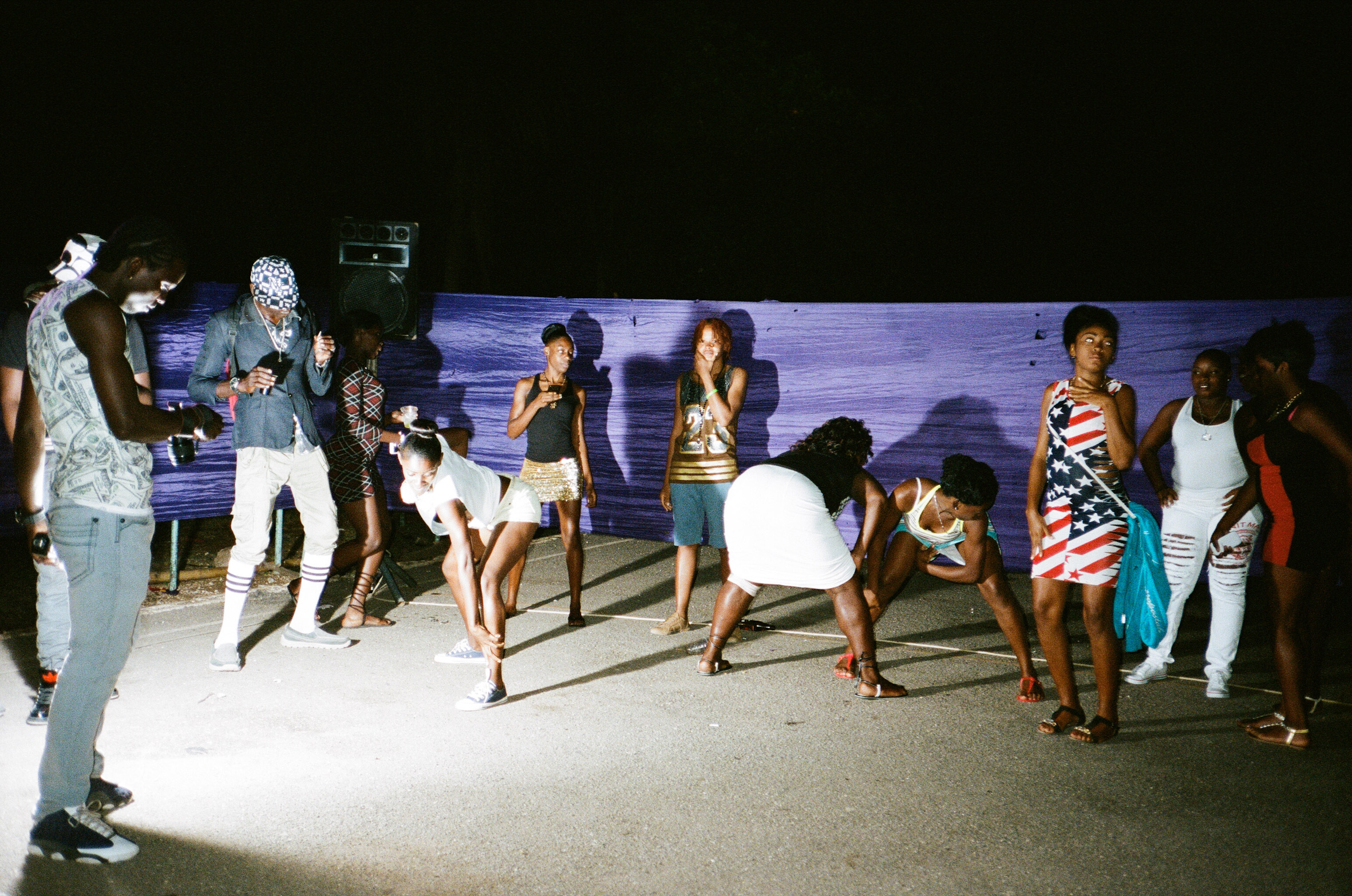 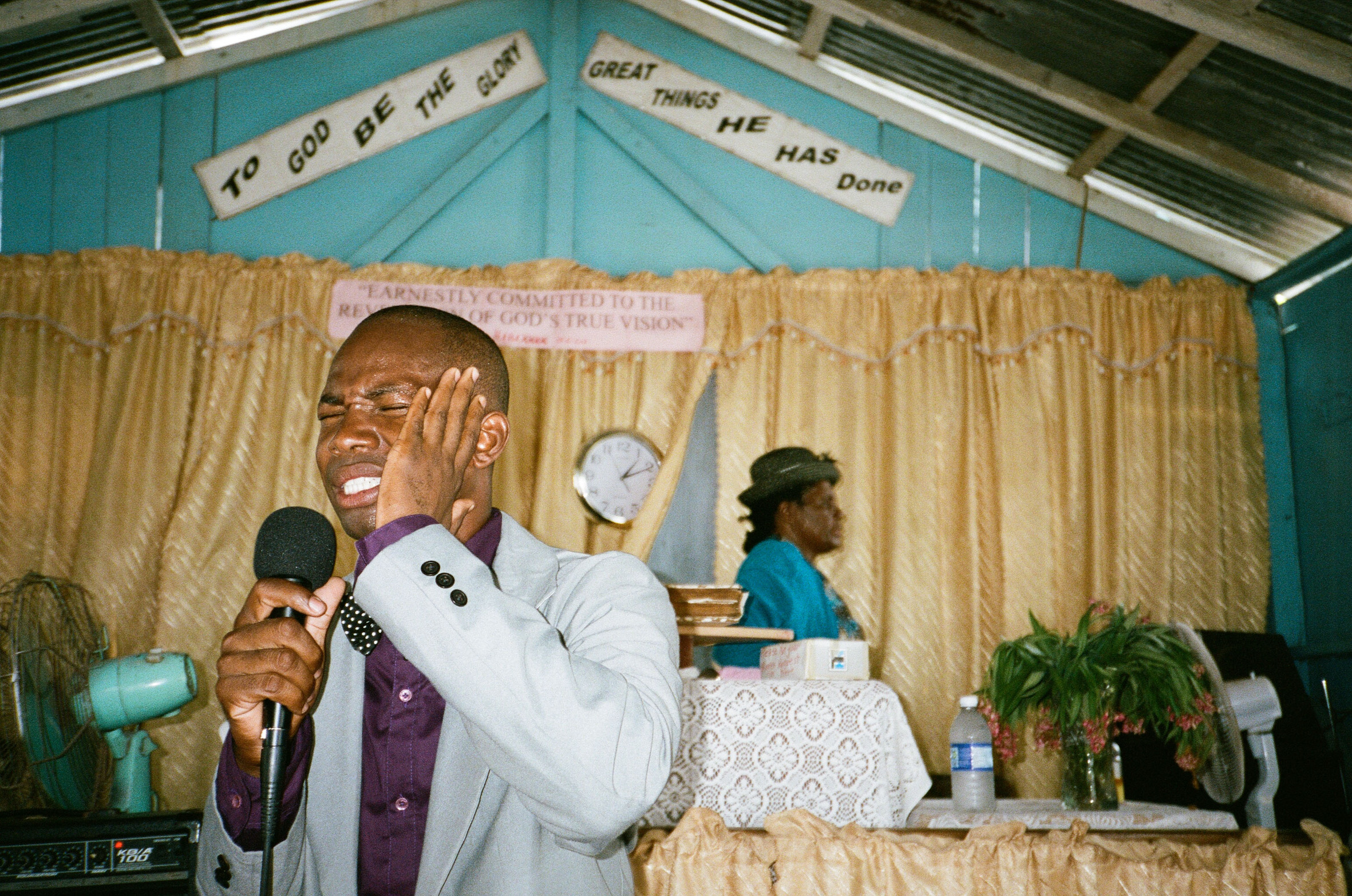 I spent a lot of time in churches, a lot of time at dancehall parties. I moved and shot a lot. I started with digital and then just dropped anything digital because I was overwhelmed. Switching to film – I shoot on an Fuji Instax Mini Neo 90 and a Yashica T4 – changed how I worked. I shot less and aimed to be present more. To look for moments. To anticipate. To trust process. Basically just hang out and hope people forget the skinny white guy with the camera. Respect the welcome.

Dancehall always seems to be enjoying another moment. Whether Chaka Demus and Pliers ‘Murder She Wrote’ or mainstream/crossover artists like Sean Paul, Vybz Kartel or Drake flirting with the genre, dancehall makes a mark. Dancehall has continued to reinvent itself since it became popular in the ‘80s. Dancehall, like Jamaica itself, always hits above its weight class, culturally. 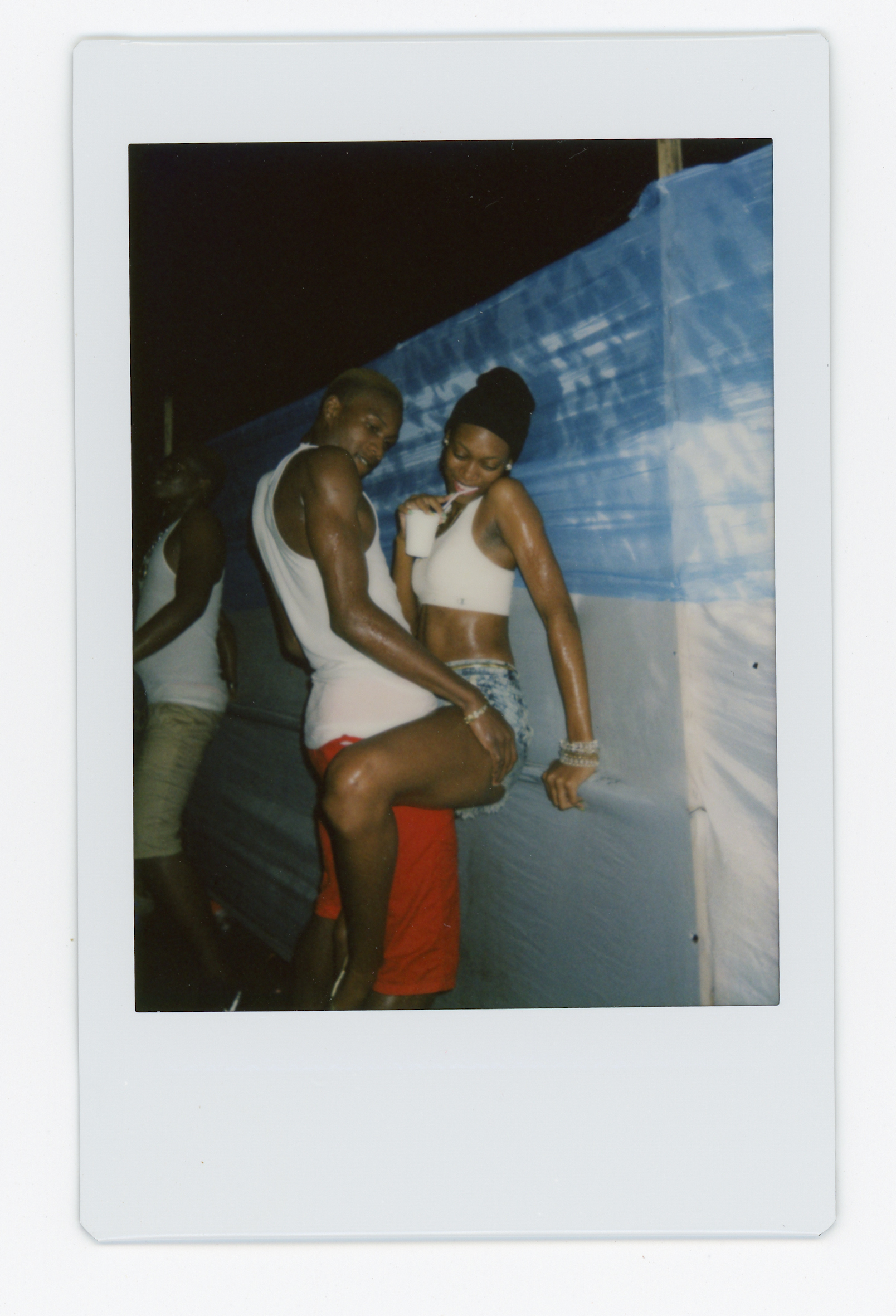 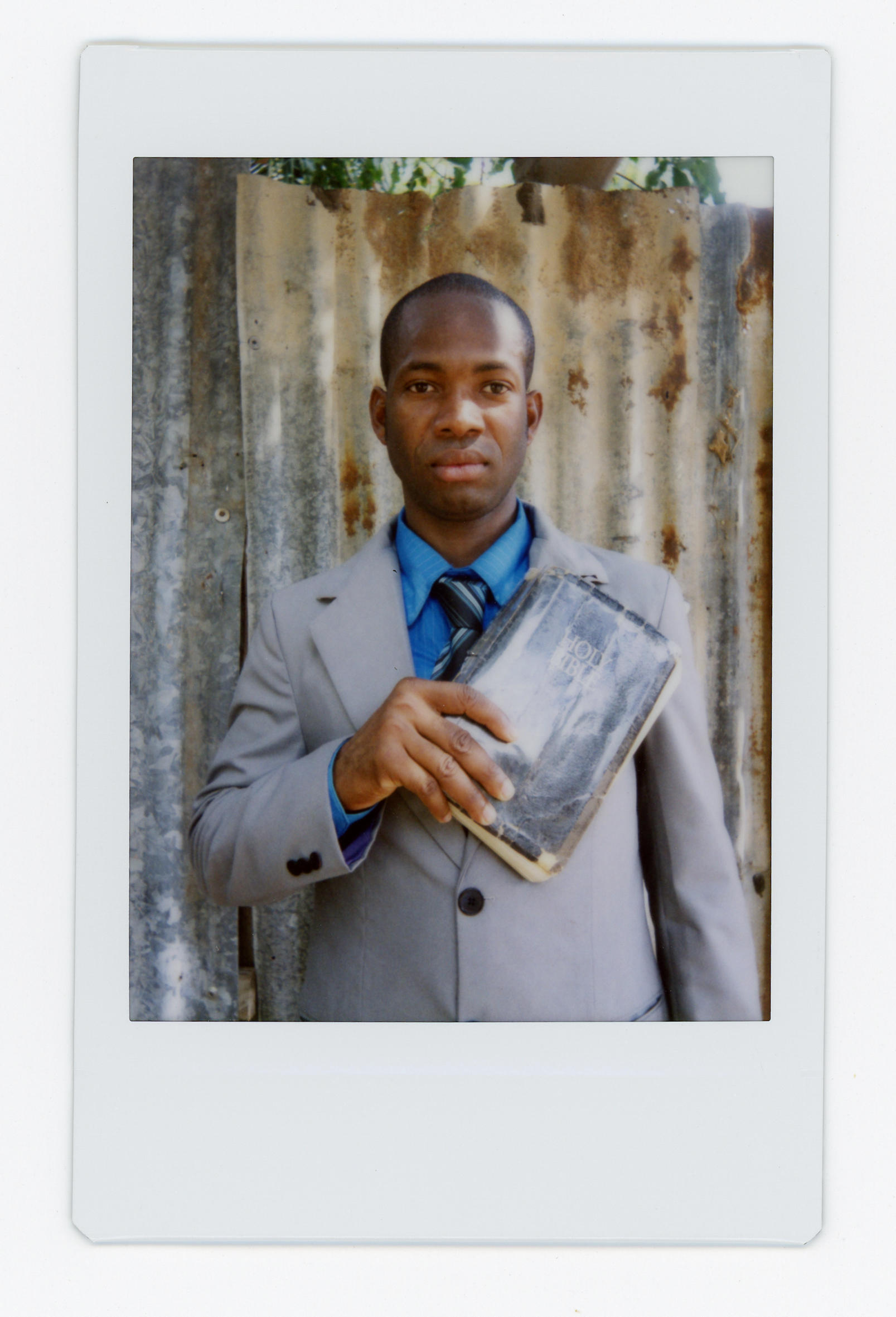 The more time you spend in dancehall parties, you see how comfortable people are with the idea of God. Popcaan has his ‘Unruly Prayer’, for example. I set out to photograph the links between the two worlds, although in Kingston there’s not so much the gap between them that you would expect elsewhere: dancehall and church are one world.

The photographs run together, with no words. It’s colours, movements and photographs that link different parts of this one place. Most is shot in Mountainview and the surrounding neighbourhoods of Kingston. Our short film, Everblessed, does the same but with Kingston-based director Nile Saulter’s distinctive visual language, revealing more of these worlds with movement. 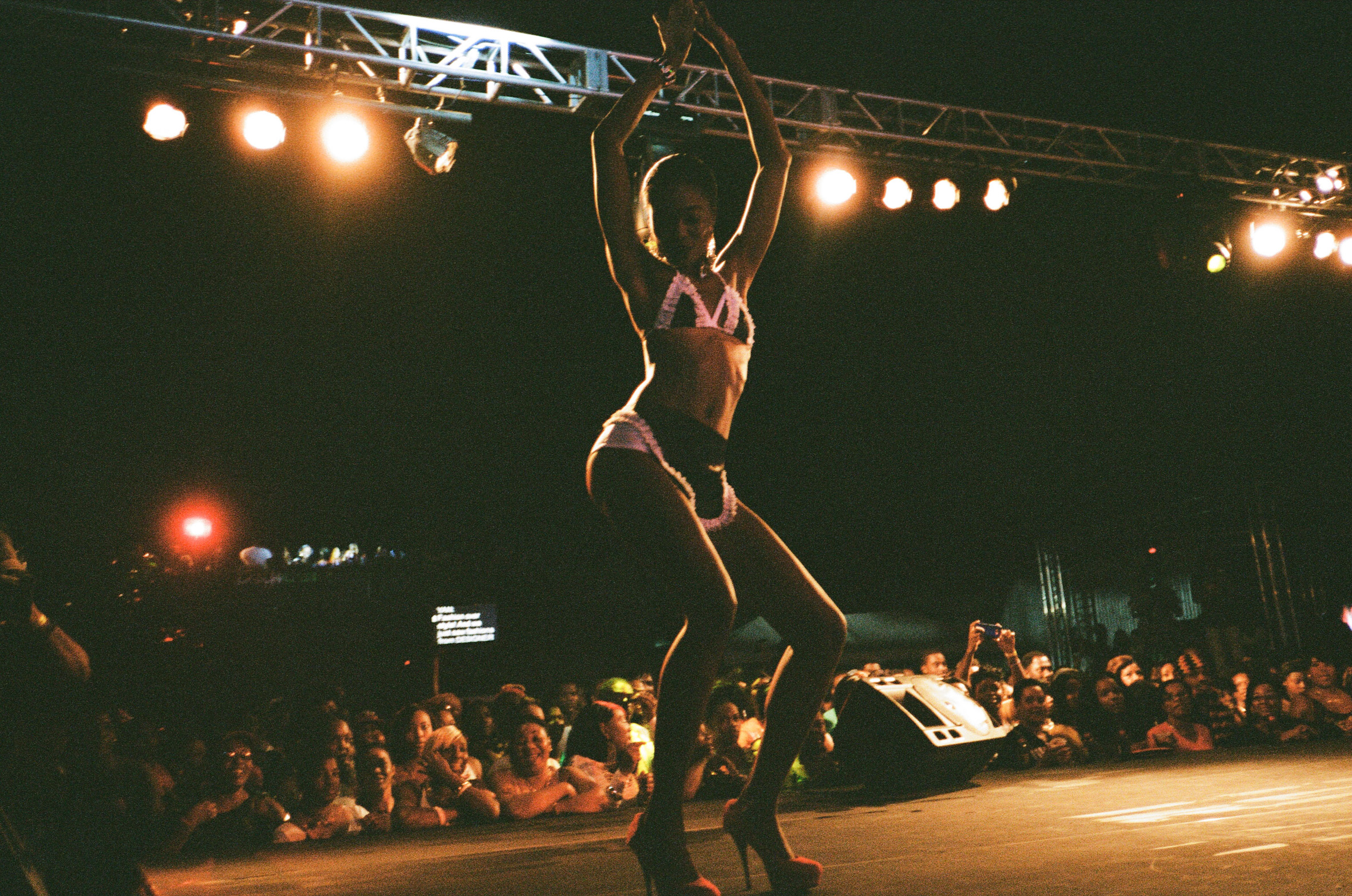 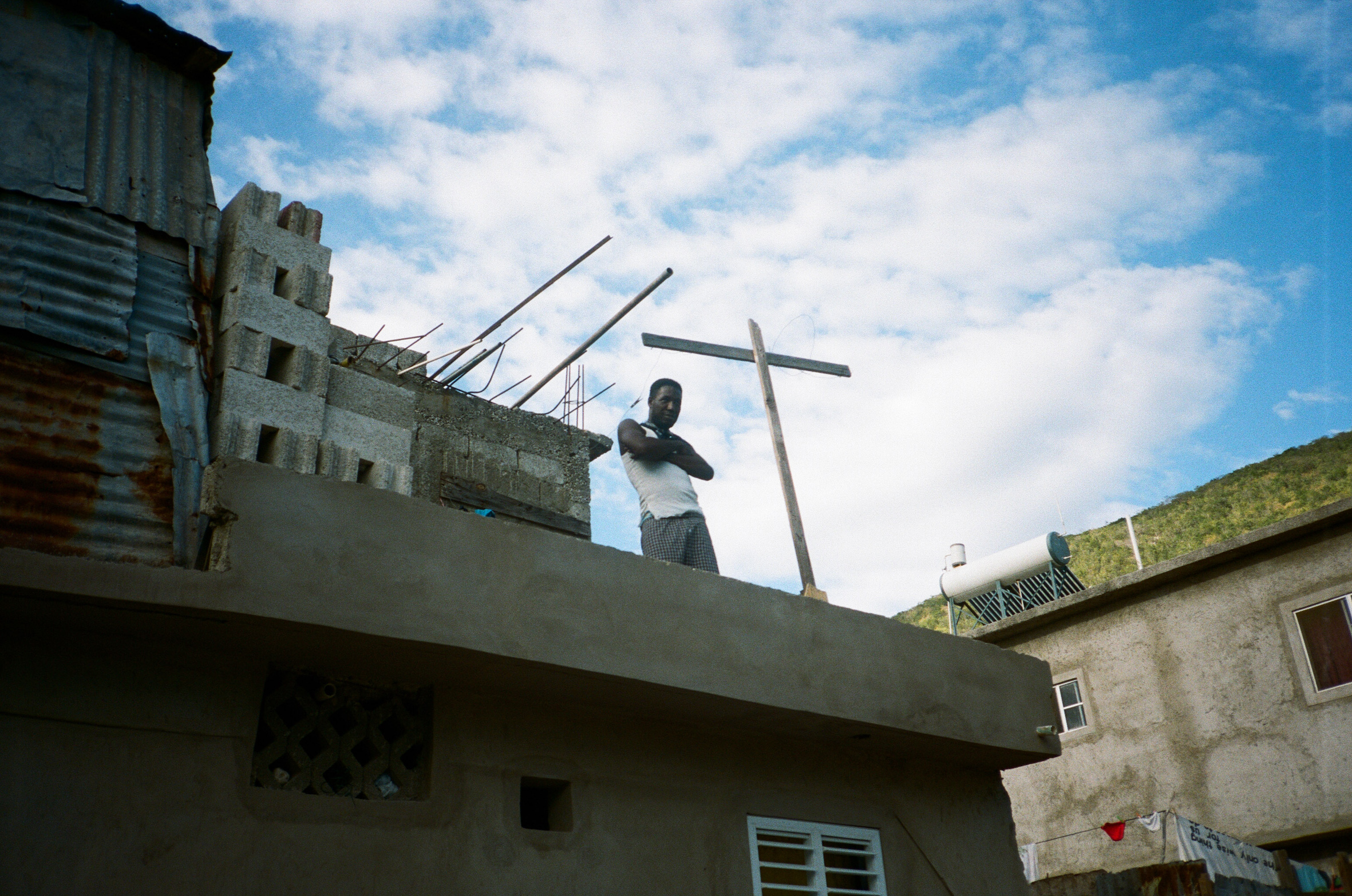 Like the photography, Everblessed came about organically. I’ve known Duane Crichton of Nomad Republic (who exec produced the film) for decades. Shooting became a continued practice of non-judgement, of learning more about others and about myself. And Nile gets that, creating a liminal space where each part of story comes together to give space.

One night we left a party to buy ice at like 3am or something. And we were driving up Mountainview Road. It’s empty, just the ugly light of the street lights, and we come around a corner and a car is parked off the curb, music blasting, doors open, and a dude is daggering this girl.

So we got out and they’d all just come from a water party. And this one girl, she was phenomenally athletic, I’d seen her at parties in the neighbourhood, she was stretching and doing sexy poses and she had the body for it. She was a pro. I mean, she would dance like that for herself, for Jamaicans and for me.

And the other girl, she was well, this more homely girl. And she posed up by herself, sticking her ass out by this stop sign. It wasn’t sexy, it was lonely. Like, trying for attention and getting it but probably for the wrong reason. And I can relate to that stuff. I mean, even if I imagined it. I try to find that emotion. 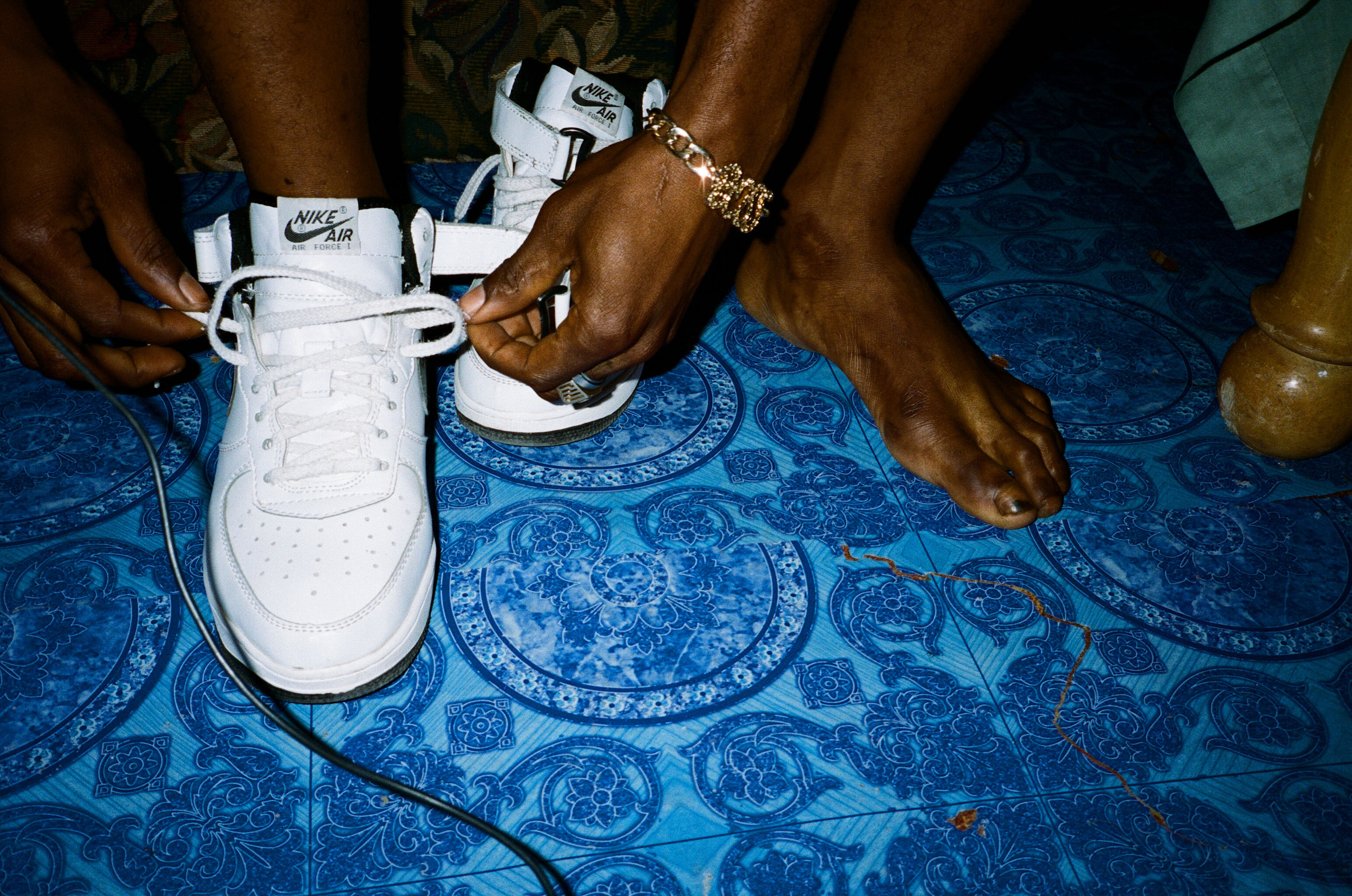 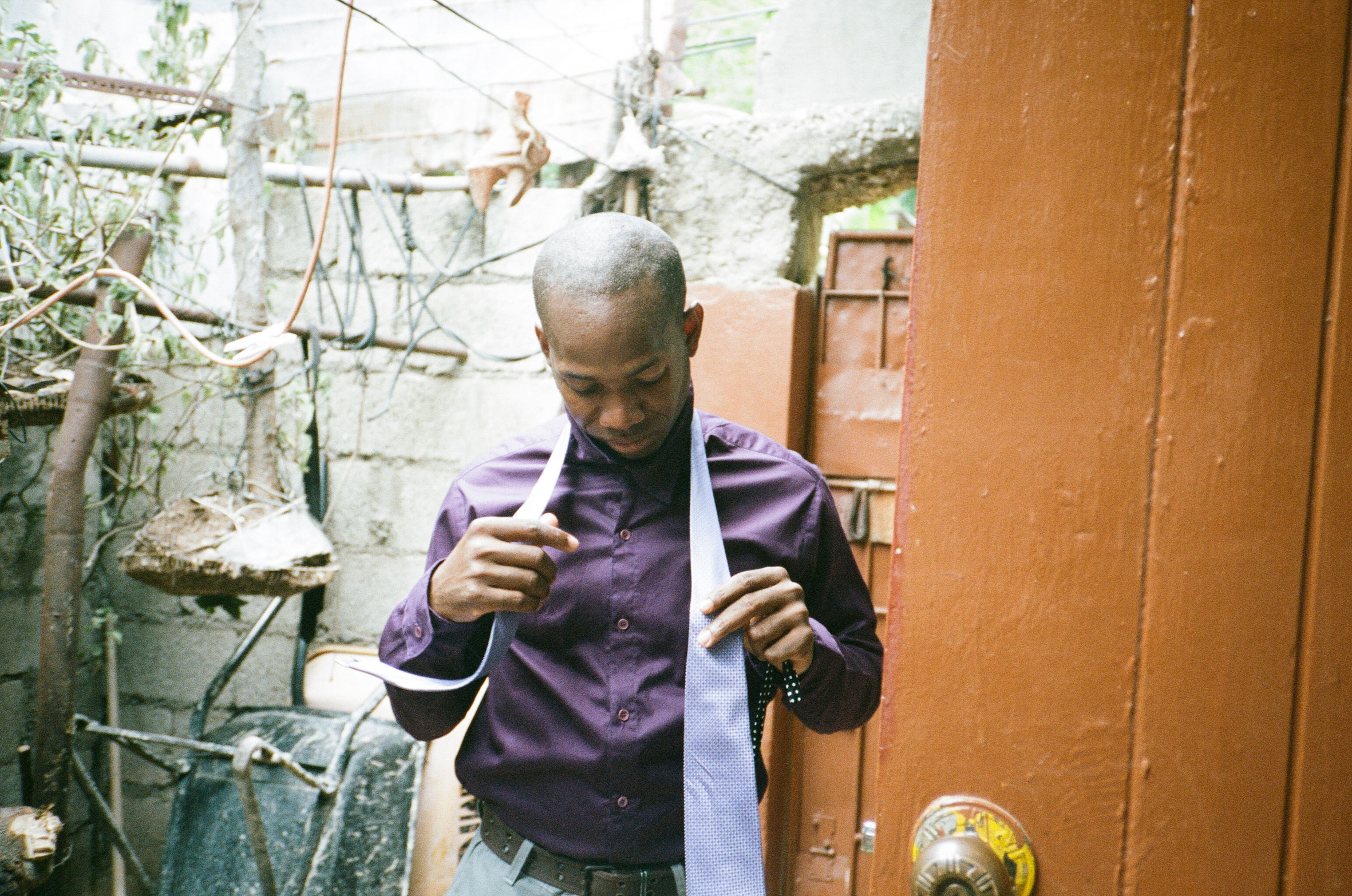 Most Jamaicans are Bible literate. And very conservative in their moral world view. But like everybody else, ideas and actions can differ. That I can relate to, as well. And throw that into a place like Kingston where physical space is at a premium. You don’t get to live separate there. You’re intensely aware of all facets of who you are and so is everyone around you. You can front but you will be known.

The whole process of documenting the crossover between church and dancehall in Jamaica reminded me of the value of community. Of knowing and being known. What makes you go out at night? Friends. To church? Same. Not to oversimplify, but it took me to those kinds of values and commonalities, instead of thinking about the project as strictly dancehall, or church. Community. For someone who is on the road too often, like me, that can be challenging.

Linkedin
RELATED ARTICLES
OTHER ARTICLES
The author discusses her new memoir, which offers a sobering reflection on the racism and otherness she’s experienced along with a joyful celebration of her culinary heritage.
A new series of photos by Johny Pitts shines a light on communities and subcultures that have all too often been overlooked.
Students are being left to languish in unsafe housing, in some cases leading to serious health complications.
The government’s brutal crackdown on NGOs has left victims of rape without anywhere to seek help. And now, as the country plays a key role is Russia’s war, things are only getting worse.
With the virus now a global health emergency, we must take steps to fight misinformation and demand a swift UK-wide vaccine roll out, writes Phil Samba.
With the UK now set to run out of vaccines, people working in the sex industry – particularly outside of major cities – have been left especially vulnerable, reports Brit Dawson.