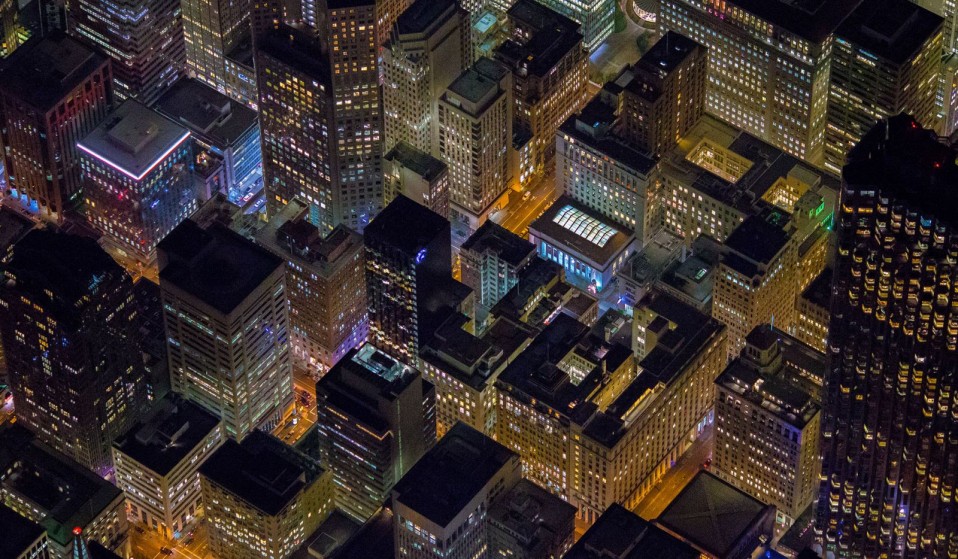 The hypnotising Youarelistening.to mixes live feeds of police scanners and emergency channels with ambient music to create a real time audio portrait of cities around the globe.

The hypnotising Youarelistening.to mixes live feeds of police scanners and emergency channels with ambient music to create a real time audio portrait of cities around the globe.

If you could listen to your city, what would it say? Short of pressing your ear to the pavement and listening out for voices, Youarelistening.to is the most gripping way to follow the sounds of the city.

It’s a simple concept, pairing ambient music with live feeds of publicly available audio, such as police scanners, fire service radio and emergency channels. Following these conversations in real time is like being sucked into a constantly evolving audio drama, as events play out across your chosen city.

As the layers of sound overlap, the clipped voices, jargon and static of the radio feeds melt into the soothing ambient soundscape, providing the perfect background noise. Drifting in and out of what the disembodied voices have to say, you pick up the many narratives playing out across the city. 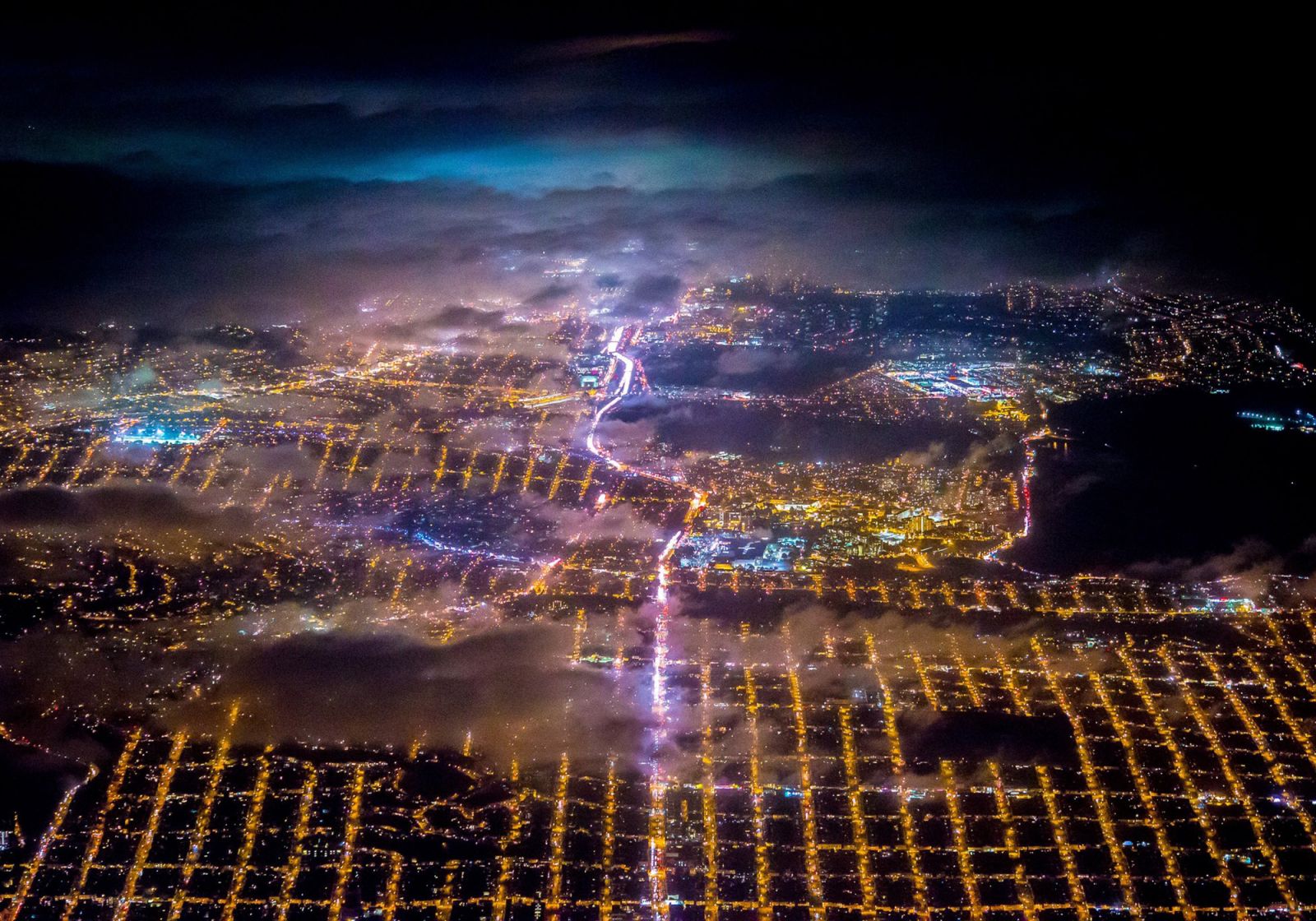 The calm and detached commentary of the emergency service workers often obscures the dramatic events they’re attempting to bring under control. You’re washed along in the rhythm of the city as these hidden tales unfold over minutes or hours, with new emergencies arising in different areas of town, as others are resolved: fires extinguished, suspects detained, order restored.

Youarelistening.to is the brainchild of Eric Eberhardt, based in Oakland, California. The site has grown to include police, fire and ambulance frequencies from a wide range of cities across North America, and other feeds from around the world, such as Kuwaiti air traffic control and police frequencies from Yekaterinburg, Russia. 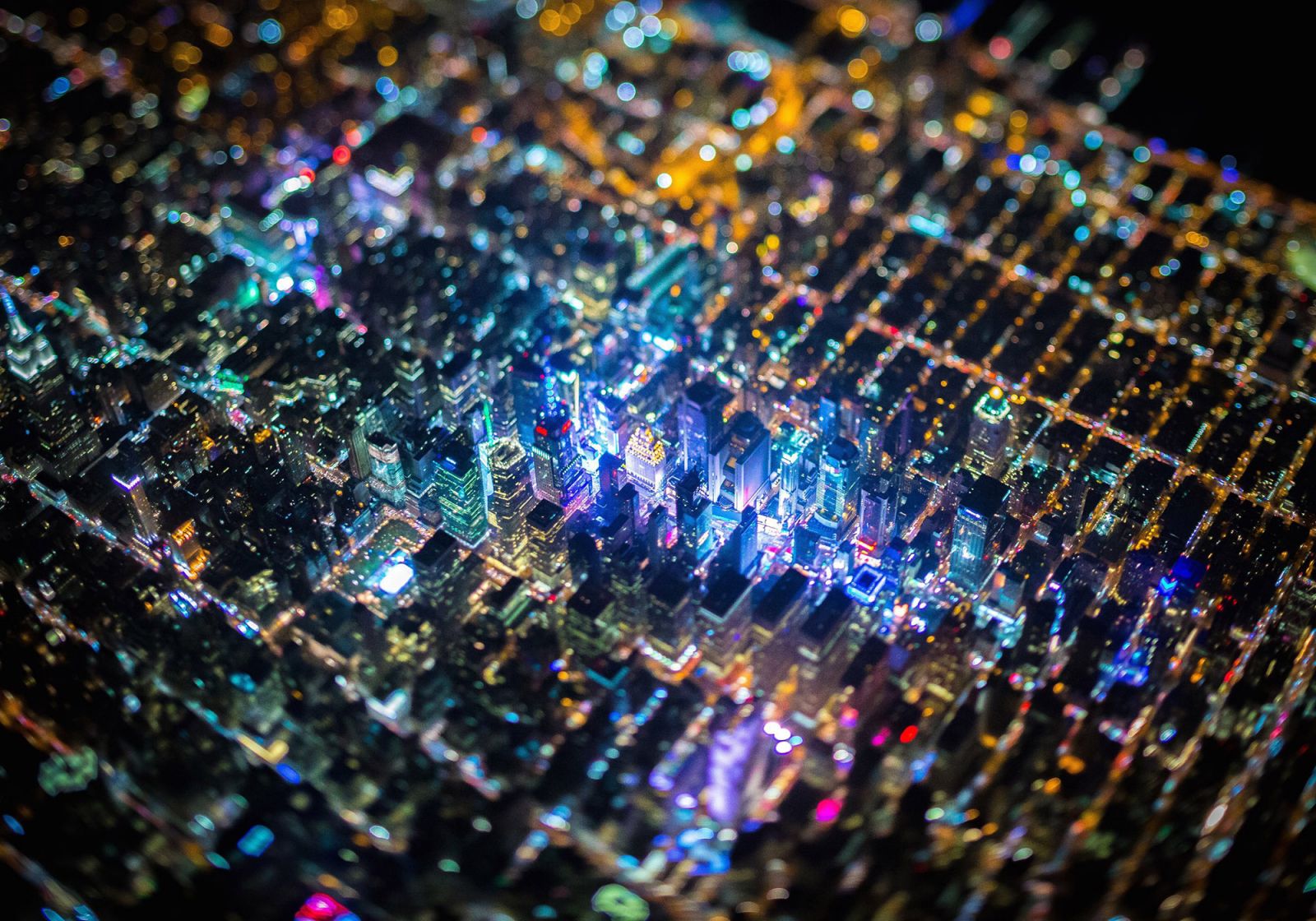 How did you come up with the concept for Youarelistening.to?
I first got the idea for the site on the night the SF Giants won the World Series in 2010. They were playing the (away) game on a giant TV at SF City Hall and I was there watching it with some friends. After the game was over, I rode home on my bike. I was expecting there to be madness in the streets of course, but I guess I picked a lucky route and made it back to my apartment without incident.

However, when I checked Twitter, I found out that there was a fair amount of chaos happening across the city. People were sharing a link to a live stream of the SFPD police scanner that was being hosted by soma.fm and it was full of reports of trash cans on fire, police clearing people out of intersections and stuff like that. I had the scanner audio on for a while in the background and eventually started playing some music at the same time. The atmospheric effect of hearing these two audio sources at the same time was pretty cool, but at the time I wasn’t really sure what to do with it.

So after kicking the idea around for a couple months, I finally found a couple of things that ultimately made the site possible (remember, this was  before Spotify had gone mainstream in the US, which made things even more difficult). First, I found the Broadcastify (f/k/a RadioReference) community of radio enthusiasts, and shortly after that I started listening to music on SoundCloud quite a bit. I realised that both of these sites had embeddable audio players, so I put together a quick prototype using the LA scanner channel (the most active one on the site) and a playlist of ambient music that I had collected on SoundCloud. It sounded great, so I spent a weekend messing with the page layout and came up with the name ‘You Are Listening to Los Angeles’ (quoting from one of my favourite Soul Coughing songs). 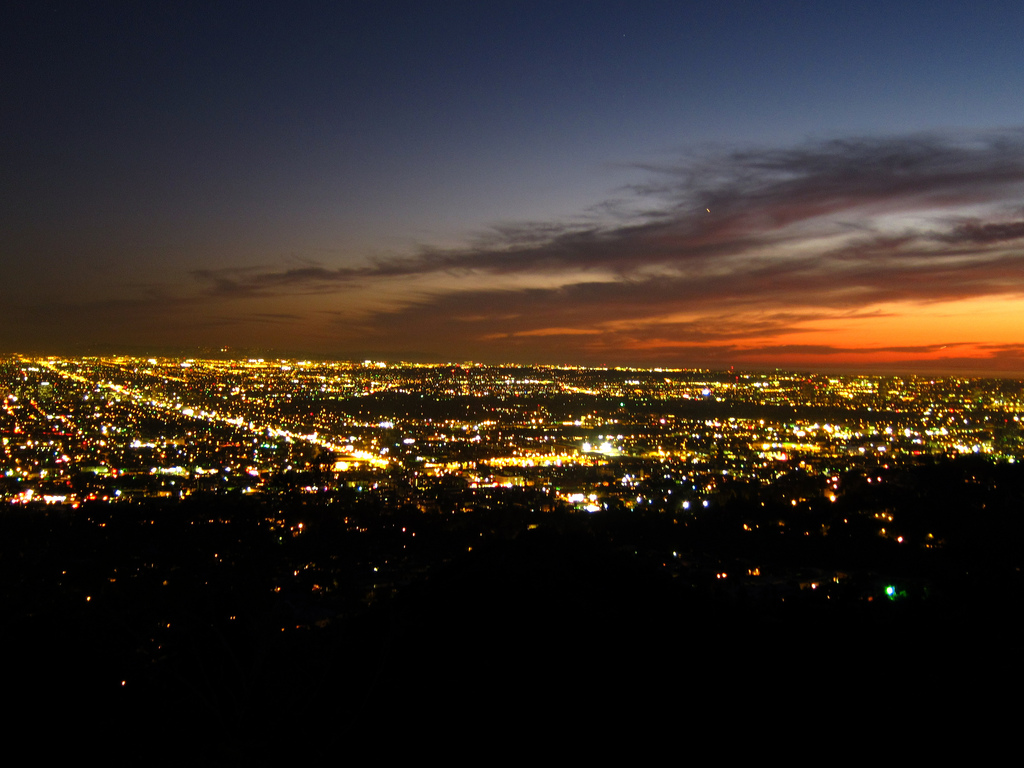 For people who have never listened, could you explain the concept – and why the mix of ambient music and police scanners is so therapeutic and gripping?
My personal take on it is that listening to scanner radio for a long period of time (as opposed to just the dramatic bits on a TV newscast, for example) gives you a much different perspective on the roles that police officers, fire fighters and other public servants play in our society. Yes, there are many examples of brutality, unprovoked shootings, etc. but the majority of the time what you’ll hear are much more mundane examples of people going about their jobs, taking care of cases one at a time, and basically functioning as a kind of ‘nervous system’ for the city.

Interestingly, I’ve heard at least one former police dispatcher comment that maintaining this sense of calm is essential for doing their job well. The ambient music reinforces this detached, omniscient feeling, while at the same time making it more compelling for people to keep listening while they work on other things. 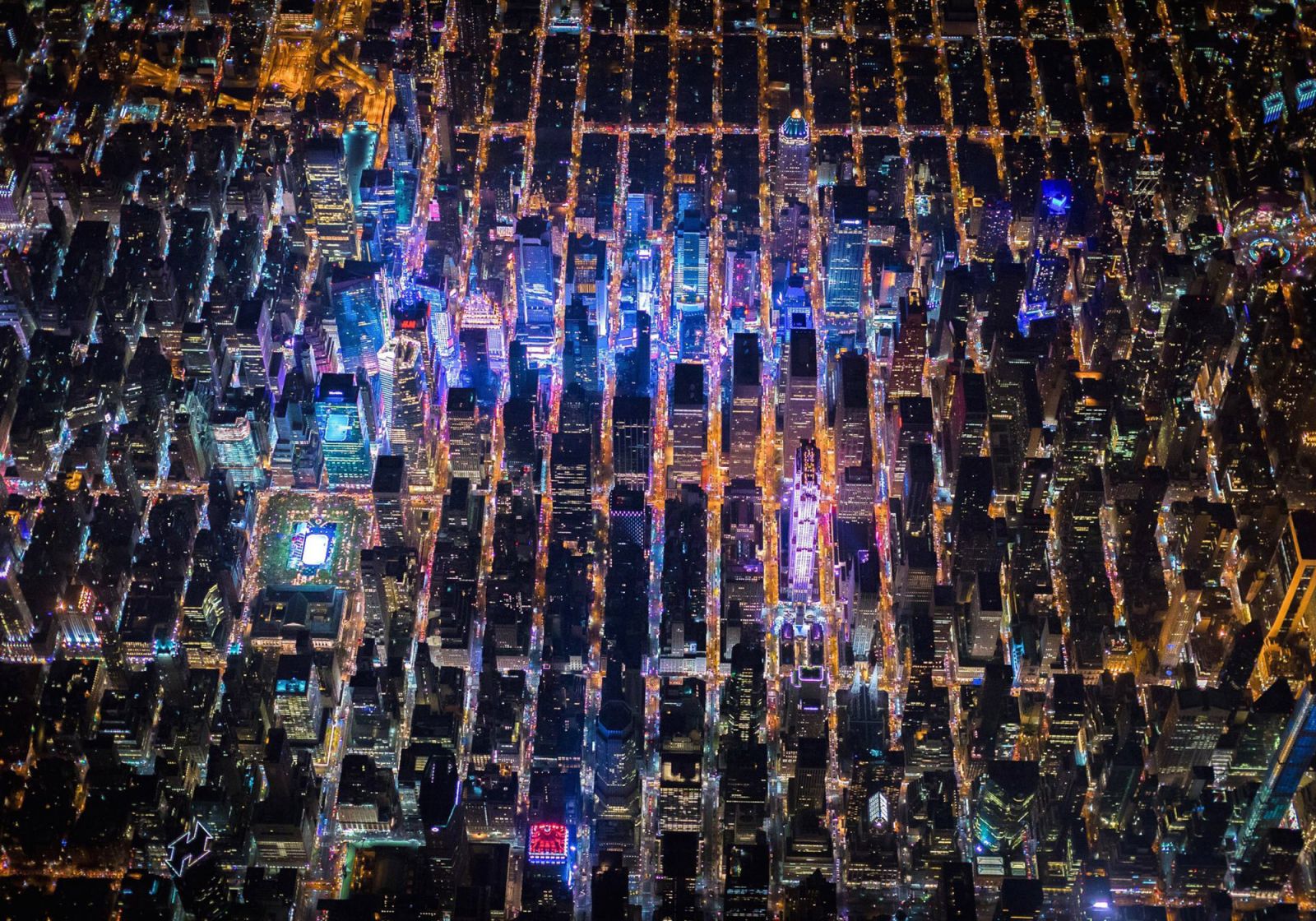 How much freely accessible live sound, like police scanners, etc. is available to someone in your typical city?
It depends on the city. Most major cities in the US have a police and fire feed available, and some of the largest cities have this broken down into further districts. And many airports have their air-traffic control feed available as well, but I haven’t added too much of this yet, as many of these feeds are hosted on a different site (Live ATC), so I need to finish working out if that integration is possible.

As for non-US cites, listening to and rebroadcasting this kind of radio is not legal in many countries, so finding something that works here is more difficult. I’ve explored the idea of adding archival news broadcasts for cities from Europe, but so far haven’t found a great source for this audio. YouTube has some, but clips here tend to get deleted without much warning and in any case, it doesn’t quite have the same real-time intrigue as the scanner audio. 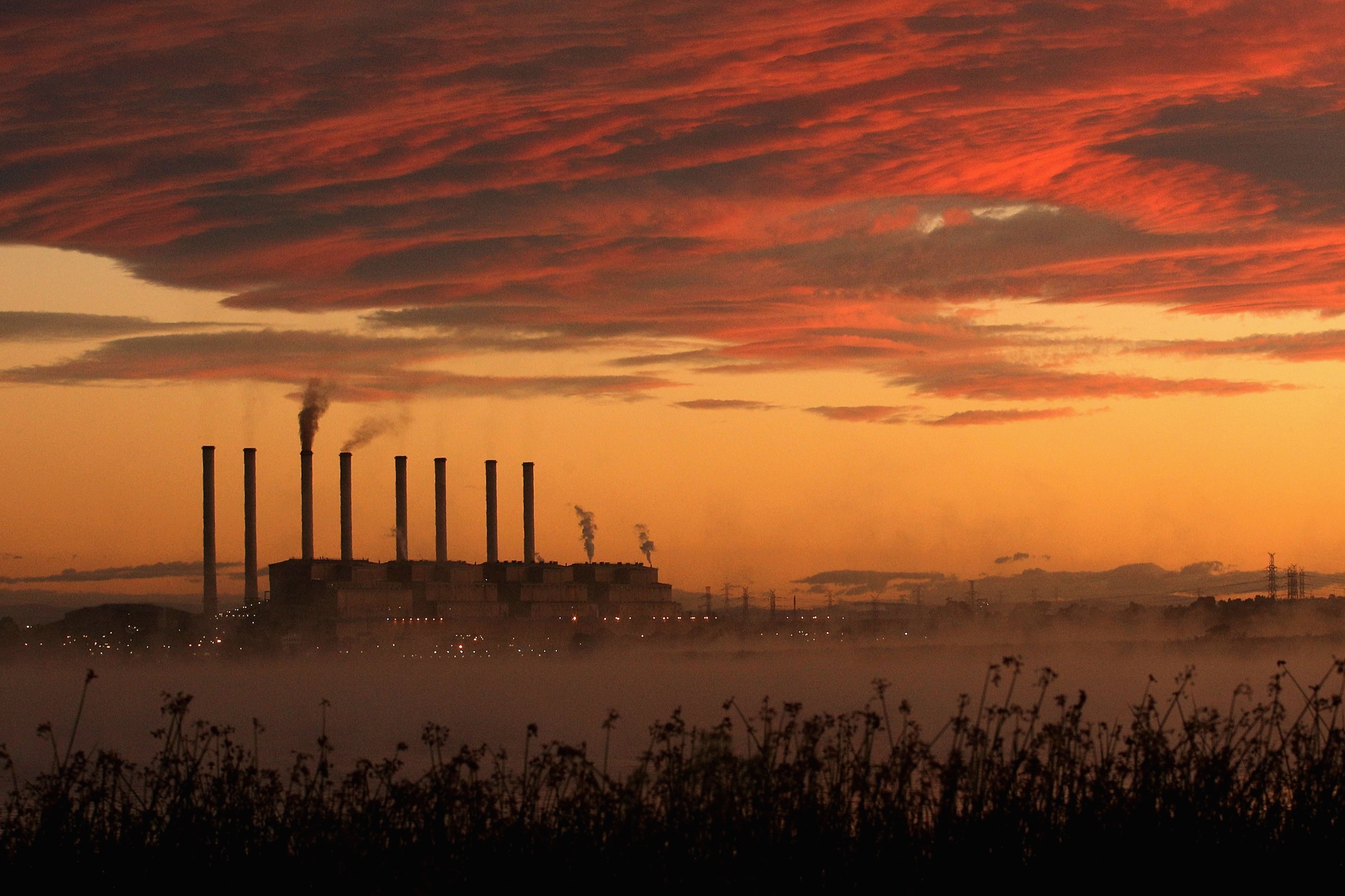 How many people have got involved now the project is up and running?
I’ve had a few people volunteer to help with updates and additions to the site over the years, and this type of collaboration is something I’d like to do more of in the future! And I’m *always* looking for more music to add to the site, so if anybody has some ambient stuff available online that they’d like me to check out, feel free to get in touch via Twitter or via the feedback link on the site. 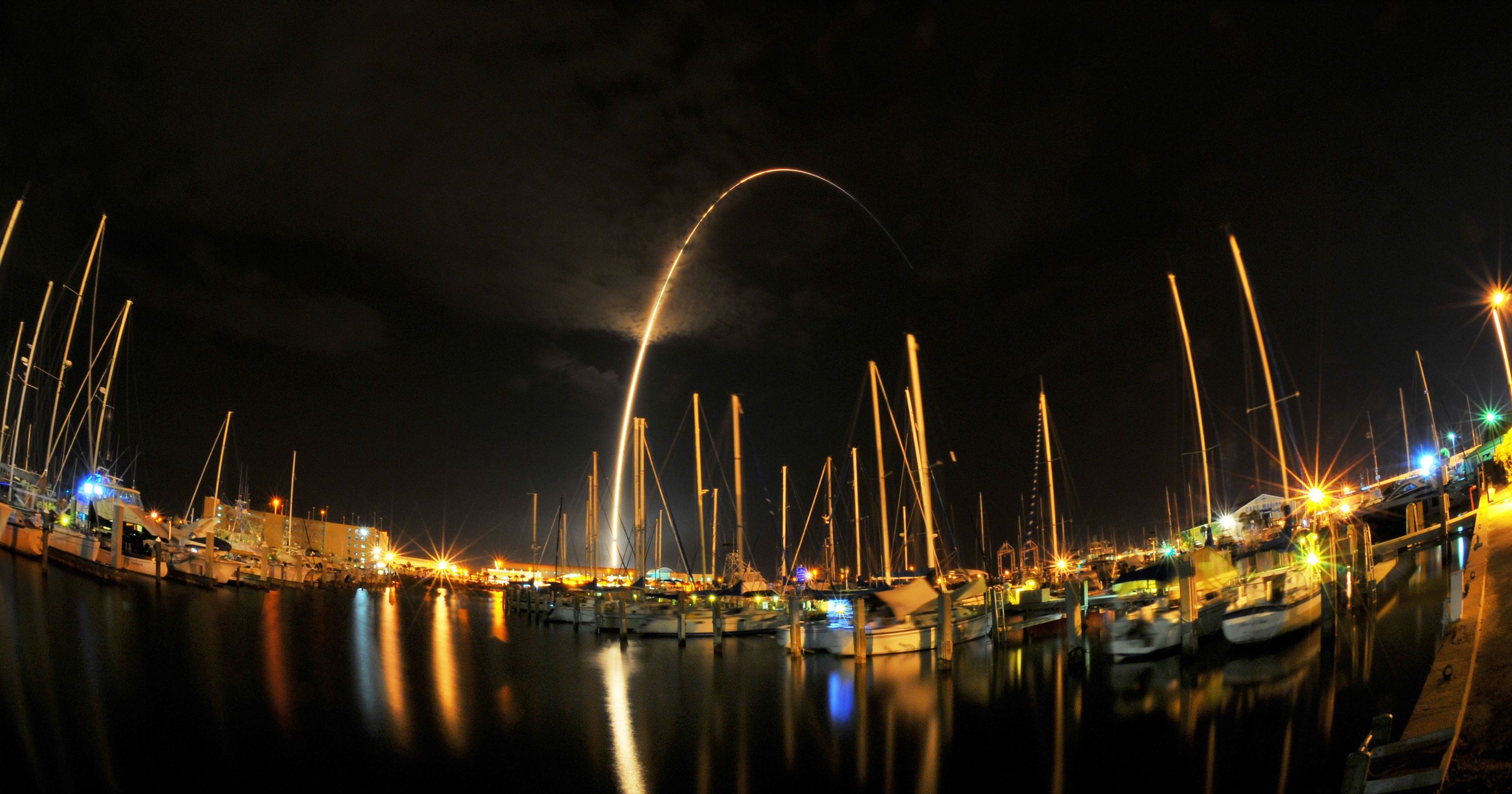 I find the NTS Youarelistening.to show the best thing I’ve found to get a good headspace while writing. Have you had feedback from other listeners about how they use the site?
Definitely! One of the most frequent comments I’ve seen on Twitter, Facebook, Reddit, etc. is that people often use the site as a writing aid. I’m not sure how much of that is due to the mix of sounds, and how much of it is just the super-long playlist of ambient music, but the volume is adjustable for each audio source, so people can always adjust it to suit their preference. 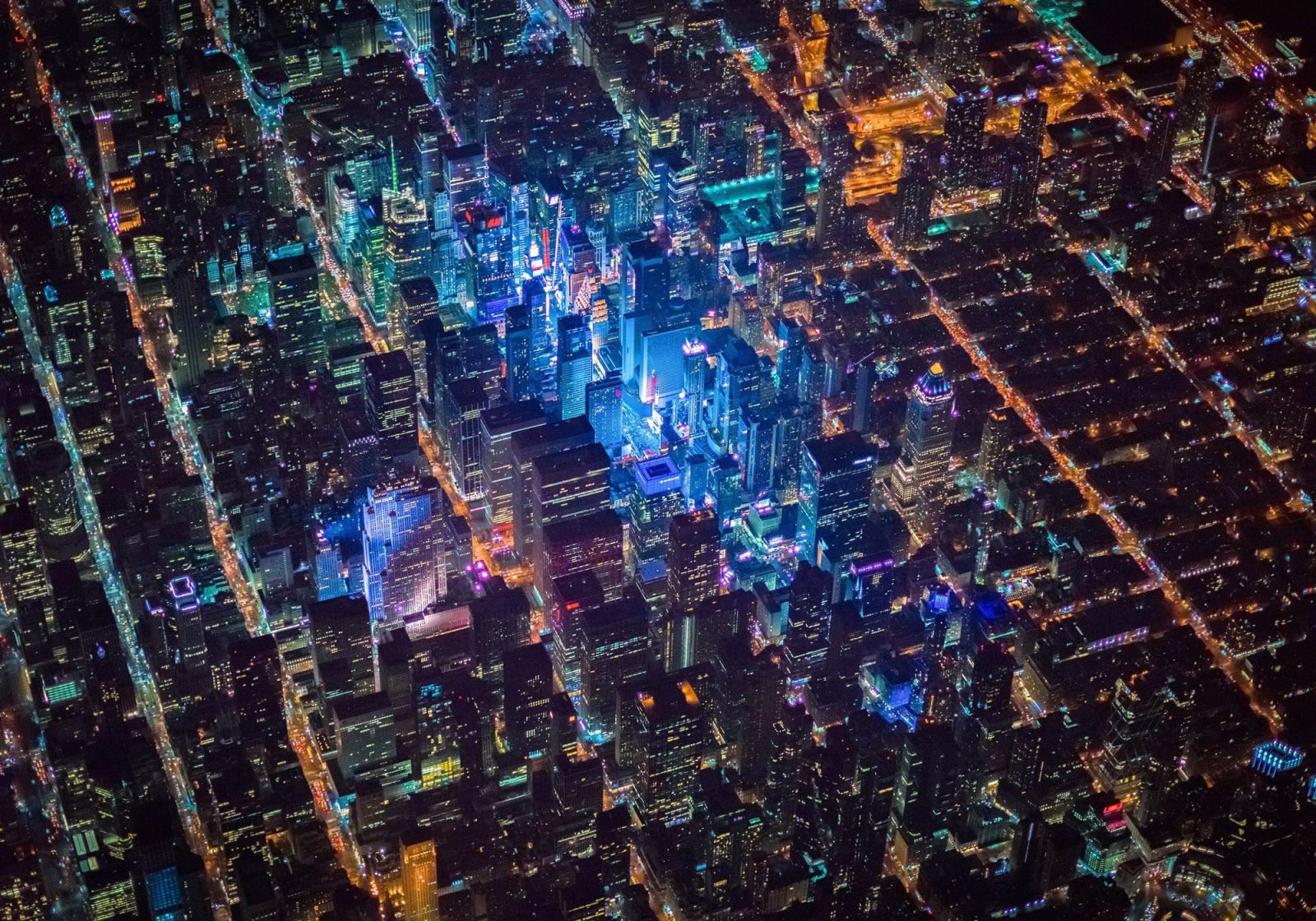 In the NTS show you use a crazy mix of found sounds. Could you talk a little about where you find sounds and some of the strangest recordings you’ve come across?
I’ve tried to use the monthly NTS show as a kind of lab for testing out new concepts. Last halloween I did a show that used public-domain recordings of old horror stories, and on some of the earlier episodes I tried more of a narrative approach, blending scanner audio, philosophical or political speeches, and found sounds such as birdsong and Buddhist chants. The vast majority of these found sounds come from YouTube, but some of the horror stories and longer-format pieces were from archive.org as well.

YouTube is definitely home to some of the strangest recordings, since anybody can upload and there are basically no time limits. For example, there’s a guy who uploads nothing but videos of birds and squirrels for cats to watch.

There are lots more strange clips being discovered and discussed in forums like /r/DeepIntoYouTube on Reddit. Not all of it is appropriate for the youarelistening.to site or show, but it’s always fun to dig through and see what you can find! 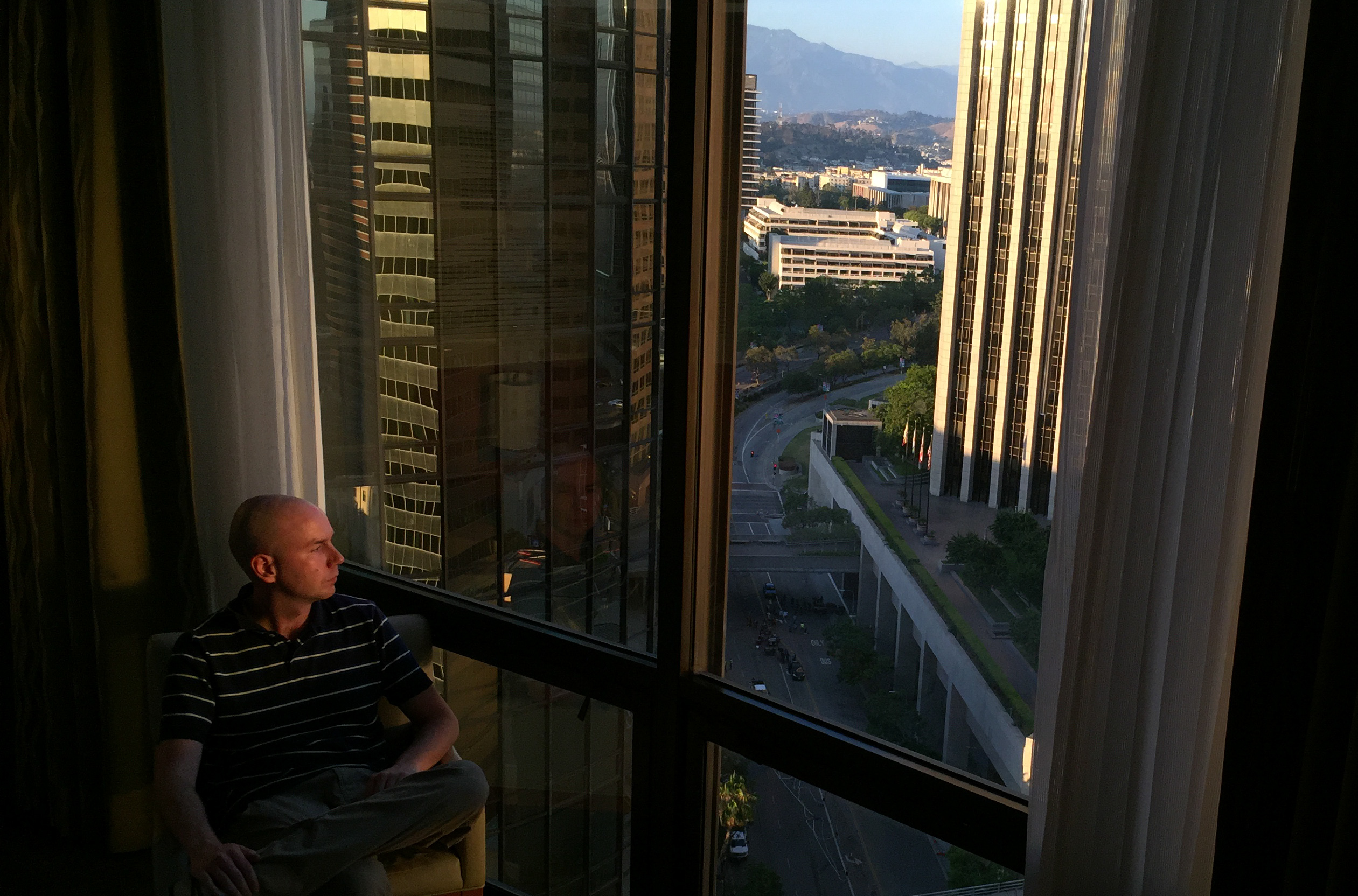 What are your plans going forward?
I’d like to keep adding new audio sources and music to the site, improve the usability on mobile browsers and perhaps develop mobile apps as well. There are some similar apps out there already (LaVue on iOS is pretty good!) but I still have my own vision about how a youarelistening.to app might work, so that’s definitely on the agenda whenever I can find the time and/or resources. And doing more youarelistening.to live shows would be great too! I did the first ever one of these at the C-HR Festival in Berlin this year, and in doing so got a lot of great ideas about how to make future performances even more engaging and immersive.

Find out more about Youarelistening.to.

Whatsapp
RELATED ARTICLES
OTHER ARTICLES
The inimitable singer-songwriter talks protest, parenthood and how he was inspired by Tierra Whack.
The London musician invites Huck into his bolthole by the river: a loud, eclectic property with a unique past.
Shelley Jones explores how the lockdown has affected the skateboarding community.
Many Iranians are unaware of the existence of Black Iranians but a new photography project from Mahdi Ehsaei is looking to change that.
A teenage boy has died after trying to cross the Channel. If the UK’s toxic asylum policy remains, he won’t be the last.
In a new film, the former young people’s laureate for London Caleb Femi has teamed up with NCS to spell out what the next generation needs from life after lockdown.