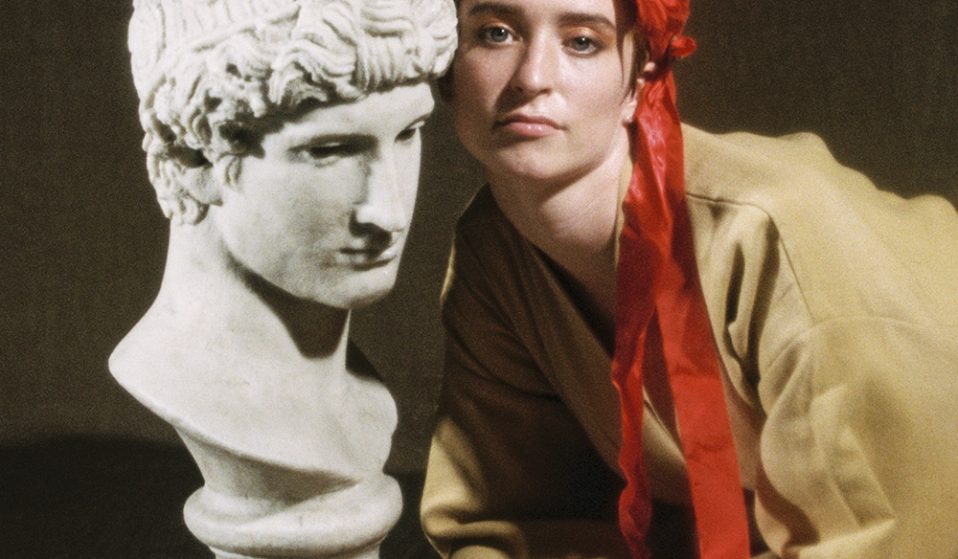 We speak with the London artist about confidence, clubbing and why she relates to people who don’t necessarily feel comfortable on-stage.

Following the release of her second EP, we speak with the London artist about confidence, clubbing and why she relates to people who don’t necessarily feel comfortable on-stage.

Zoee is sat in a small Italian restaurant, reflecting on the past year and a half. “An… intense time,” she declares.

It’s been, by her own admission, a testing period for the London artist. In the summer of 2017, following the release of her debut EP, Insecure, she launched a club night (also titled Insecure) that operated as a welcoming space for people who may not necessarily feel wholly comfortable on the dancefloor.

Although originally intended as a one-off to celebrate the EP, the sentiment struck a chord. Soon, the Insecure movement incorporated regular events, a record label and – as of last week – a zine. “We haven’t done loads of releases, but there are some really great artists and it’s something I’m happy with.”

Alongside building a mini DIY empire, Zoee – real name Harriet Pittard – was working on material that would eventually form her next release. Then, things started to veer off course: her relationship broke down and she was diagnosed with Endometriosis – a painful gynaecological condition that affects an estimated one in ten women.

Music became her way of navigating what was a turbulent spell. Her introverted, lo-fi pop became more expansive and soul-baring, diving headfirst into the issues that were pervading her personal life. The result is My Body Knows You, a five-track EP that explores intimacy, illness and self-expression, released on the Insecure label.  “It feels like the songs have been with me a long time,” she says. “It feels like the first thing I’ve done that’s a direct expression of me.”

Given the intimacy of the subject matter, did the way you think about sharing music with the world change?
I do think the stuff I connect with the most often in art and music comes from the most personal place – where someone has made themselves a bit vulnerable. But when it comes to talking about the EP, I have to hold back. If you’re talking about a breakup, you’re talking about another party that’s involved. But the stuff to do with my health, I really am starting to want to talk about it.

[Endometriosis] is quite a silent condition. It’s something that I had for ages without knowing that I had it. It was all fine, but it was something that did come out in the songs. The title, My Body Knows You, there are layered meanings in that – it’s to do with the intimacy with this person, but it‘s also my body breaking down on me and me having to get to know my body in a different way. The more I talk about it, the less afraid I feel to talk about it.

In that sense, do you feel more ownership over the songs?
For me, it was just about needing to find my voice. Before [working with] The Rhythm Method I was doing vocals for other producers, but I was always doing it with someone else’s vision in mind. I realised, to do something that was fully me, I had to go the opposite way. Do stuff on my own, for a little while.

You have a vocal style that’s obviously distinctive. Is that something that’s evolved over time?
I guess so, yeah. The more you do something the more you find your voice. I listen to my voice and I’m like, ‘What is that?’ It’s just so… high [laughs].’ But it’s nice that when I hear my voice I know it’s my voice. 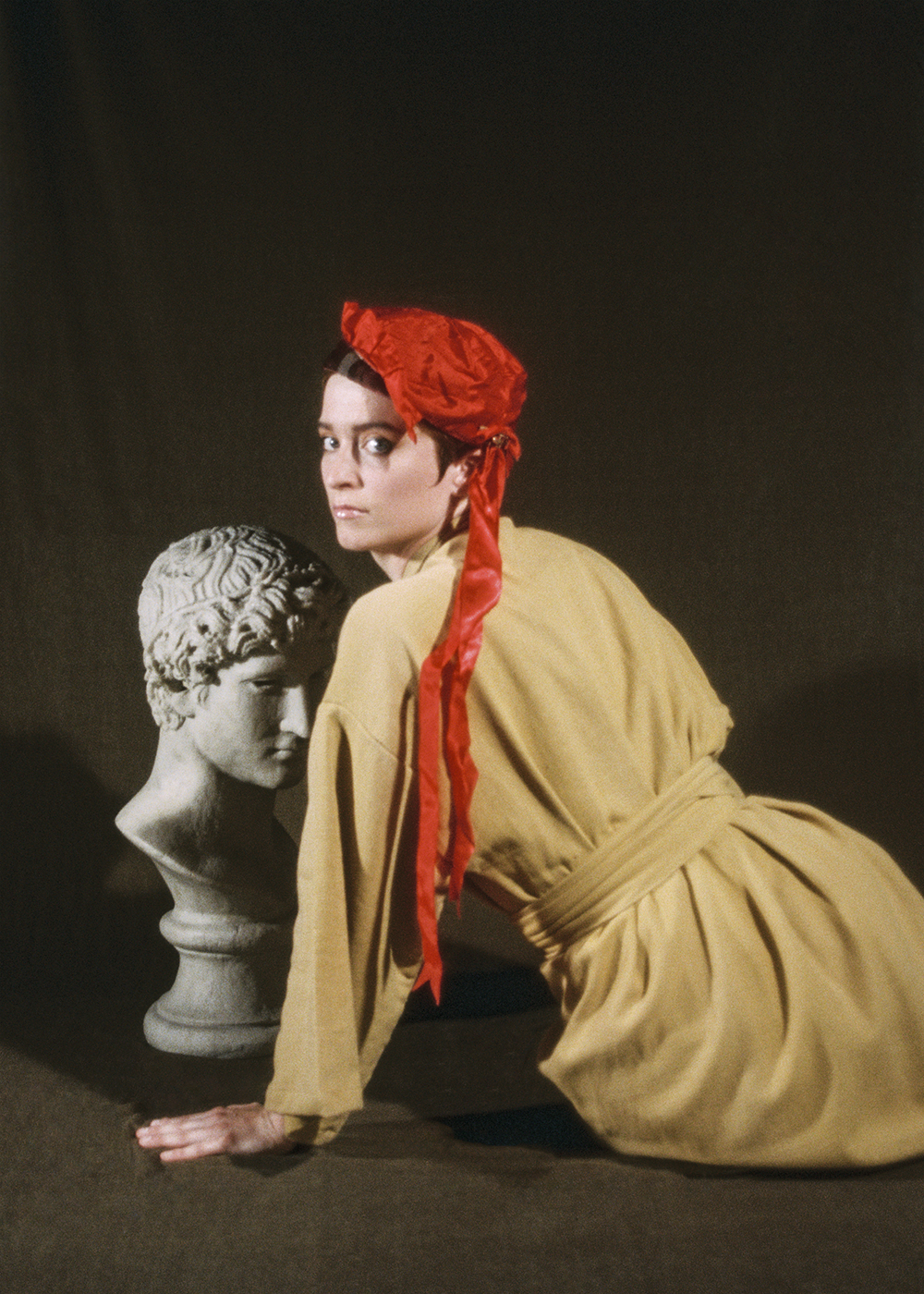 What kind of space is Insecure providing that perhaps wasn’t there before?
I feel like I’ve naturally gravitated towards supporting things that aren’t part of dominant culture –that’s just been a natural progression of Insecure.

It wasn’t as if I was like, ‘There’s a gap I need to fill here.’ But I was doing lots of gigs and feeling like I didn’t really belong to anything. The only way I felt like I could belong would be by creating my own thing – and now other people have become part of it. It’s a shared sense of belonging.

And it all comes back to this idea of insecurity.
That was definitely the driving force. I wanted to create a space where you could try out new demos, be unsure about what you’re doing and be somewhere you felt safe and okay. Creating a space that meant you could be insecure. It’s just kind of grown out of that.

It’s refreshing that something organic can grow and flourish, despite the current state of London’s nightlife.
Yeah. There are so many places closing down, so many people losing their licenses, so much clamping down. It’s shit. But, people will do stuff [in] retaliation. At the same time, though, it’s becoming such a hostile city to live in – and I’m a fucking middle class white person.

It is just shit the way things are going. I do worry that it’s just going to be a giant Canary Wharf, with loads of boujee Stoke Newington sub-areas. That’s the ultimate end point of gentrification, I suppose.

Is that in the back of your mind when you’re hosting and curating nights?
It’s about having a voice and doing your own thing. For some people, there’s a much stronger message behind the motivation of a club night. I do what I do because it just comes out of me. I’m creating a space because, from my perspective, it needs to exist.

I definitely feel there’s more of a political edge to stuff that’s going on, and I think that’s so exciting and so important. There [are] a lot more collectives and nights that are conscious and active in a political way, creating spaces that are vocal about that. With Insecure, it’s doing its thing, despite never being explicitly political about it. But with anything expressive, just by existing, it has a political presence – in some shape or form.

You once said that it was refreshing to see people on-stage who weren’t necessarily comfortable being there. Can you tell me more about that?
I’ve always connected with people who aren’t putting on a show. Tracey Thorn has a whole book about it called Naked At The Albert Hall where she talks about her stage fright and struggles with being a frontperson.

If you’re someone who makes music – often on your own, in the safety of a studio or bedroom – it doesn’t mean you’re gonna suddenly feel like this grand performer. At the same time, though, I’m so jealous of people who are shit hot on stage.

Is it something you’ve had to learn and get to grips with?
I feel like I’ve found my groove. With the music now, I know how I want to express myself. So the next thing is [thinking about] how I want to translate it into a live thing – or if I want to.

I do play live gigs, but at the moment I literally use live shows to play new demos. It’s really flipped things on its head – I’m doing this gig to practice my songs! I literally think of it like that and it’s really helped me. I don’t go onstage really nervous, I’m just there to practice. I’m like, ‘You can guys can listen, if you want!’ [laughs]

Would you say that you feel like an outsider in music?
I don’t know… I feel like it’s normal to feel like that? Maybe other people don’t. I don’t feel like I’m on a mainstream course and I don’t think I ever will. But with Insecure, that’s the opposite. I feel like an insider. I created that world. That’s the contrast, I guess.

My Body Knows You is out now on Insecure.

Linkedin
RELATED ARTICLES
OTHER ARTICLES
The last few years have seen an increase in LGBTQ-led initiatives to feed the hungry, with many finding ways to stay afloat despite the challenges.
The author discusses the all-consuming nature of heartbreak, and turning the experience into an incisive exploration of love and loss.
For decades, an area of East London has served as a community hub for Vietnamese people looking for a taste of home.
A new edition of a seminal book brings together iconic images of the band onstage in their full glory and backstage in moments of unguarded camaraderie.
Photographer Arthur Grace recalls travelling through the Soviet Bloc and finding ways to evade the surveillance of his work.
In the latest instalment of Photographers in Conversation, the chronicler of raves, protests and beyond explains why he’s drawn to such specifically visceral environments.