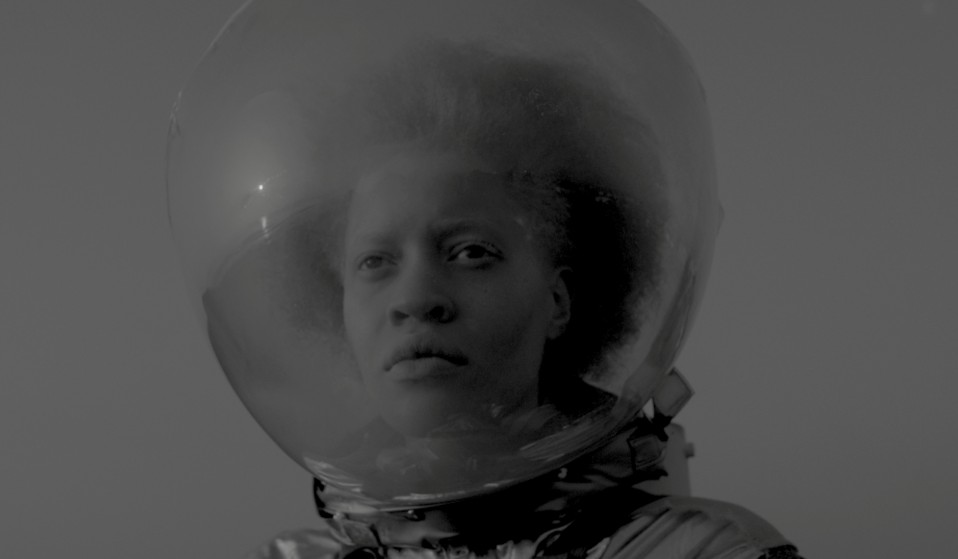 Even Zambian writer Namwali Serpell thinks her convention-defying short story The Sack was an unusual choice as winner of the 2015 Caine Prize, which celebrates the best English-language short stories by African writers. Serpell’s story is about what happens to an elderly love triangle after the woman dies and her two male romantic rivals are left living together and ever suspicious of each other. (You can read it here.)

But what really surprised observers was her decision to share the £10k prize money equally with the four other shortlisted writers. She called the decision a mutiny against the prize’s slightly reality-TV-esque structure.

She spoke to Huck about writing, influences, rebelling — and the Zambian space programme.

When did you start writing?
According to the records—which consists of a small red notebook dated 1989, when my family moved from Lusaka to Baltimore—I came up with my first ideas around the age of eight.

There’s one story called “Gymnastics and Horses Don’t Rhyme,” which is clearly about coming to the States and meeting people who had divorced parents for the first time. It’s about a little girl whose stepmother really likes gymnastics, but her birth mother loves horses. The whole thing is how to reconcile those and it ends with her gymnastics performance on top of a horse.

They weren’t even outlines. Just painstaking, newly-learned-cursive descriptions as short as the ones I’ve given you. There’s no names of any characters. There’s just: “A book in which…” and whatever the idea might be.

So you were basically writing book pitches at 8-years-old?
Exactly! (Laughs) I spent a lot of my childhood coming up with things but not really finishing them. None of those stories ever came into fruition. I’ve learned the hard way in academia—and in writing—that the most important thing is being able to finish something. 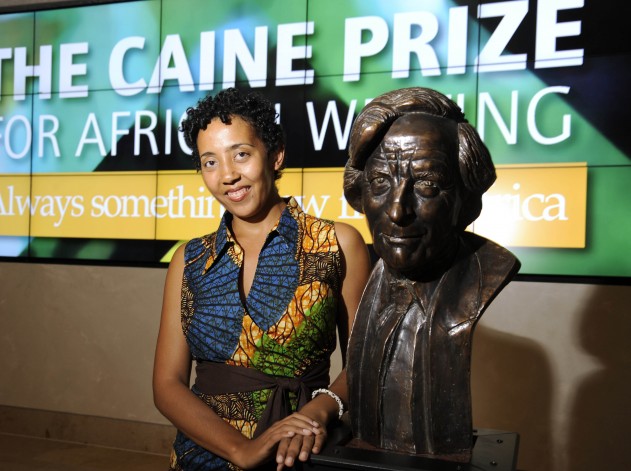 When did you finally crack how to finish things?
The first story that was shortlisted for the Caine Prize (in 2010)—which was also my first published story—was the first time I finished something. I wrote it in a single sitting in an afternoon in 2004. I’d just finished reading Ian McEwan’s Atonement and I sat down and wrote that story.

How long was that sitting?
It was an afternoon. I finished it before the sun had set. I tend to do things in bursts. I wrote an essay for The Believer on re-reading Lolita. For that essay, I remember sitting down—I was in Ohio at an academic conference—and when I looked up it was night time. I wrote that in one big, long sitting too. So I’ve learned now that’s how I do things.
Forcing myself to write every day, it’s just a surefire way for me to produce drivel.

You refer to your audience as “the artist-reader.” What does that say about your relationship with them when you’re writing?
Again that’s cribbed from (Lolita author Vladimir) Nabokov. There’s this wonderful conversation you can see on YouTube between him and (literary critic) Lionel Trilling. It was the only televised interview Nabokov did for a very long time. He’s holding index cards; he hated to speak off the cuff. He says, “I do not wish to move minds or touch hearts, I’m trying to conjure that little sob at the base of the spine of the artist reader.”

You called your decision to share the prize money with the four other shortlisted authors an act of mutiny.
Maybe it’s because I’ve been teaching about mutiny that that word is so present to me. It came from a sense that the prize itself is structured like a competition. Prizes are often competitions, but this particular prize brings the shortlisted writers together for a week before the ceremony. We did panels together. We did readings together. We hung out together. We drank together. We ate together and we talked about our families and our work.

When you spend that much time supporting each other, it felt horrible to be pitted against each other. You could feel the difference in the atmosphere when we would all be talking and hanging out and a stranger would come up and say: “Good luck,” or “Who do you think is going to win?” Suddenly the tenor would change. It’s so uncomfortable to be asked to compete with your friends. Writing to me has never seemed like a competitive sport.

The more I thought about it, I figured the reason the prize is structured this way is because of the money. The money has to go to one person and for people to be interested, we have to drum up this sense of drama. I thought instead of attacking the prize, which is a wonderful thing, I’ll go for the source of its structure, which, for me, seemed to be the money. 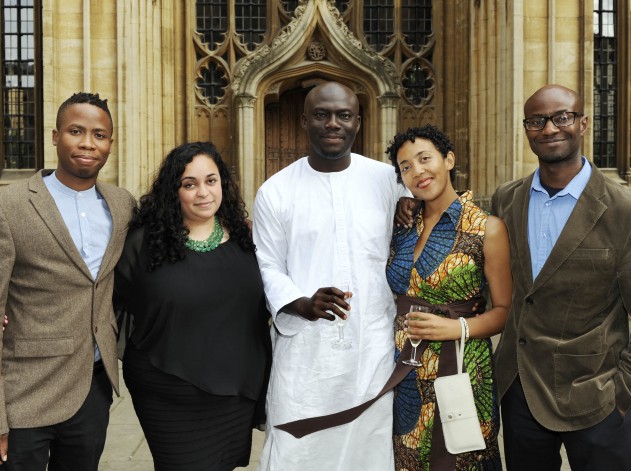 As a group, you were presented as representatives of Africa’s writing scene. With 47 countries and such a far-reaching diaspora, does it feel like there’s an actual African writing “scene”?
If we limit our conception of Africa to a geopolitical land mass that is a continent, then it makes very little sense. But if we think about it in terms of culture and history, it does make sense. More and more, as we get more funding and get more structures in place where we can create networks among African writers, the more of a thriving literary scene there is.

There’s a collective (based in Kenya) called Jalada that is a bunch of writers who have an online magazine. It’s incredible. We have Kwani?, we have Chimurenga, we have Wasifiri. My first short story was published in Callaloo, an African diaspora magazine. I have a friend who’s writing about small magazines coming out of the global south. These all have a remarkable history. 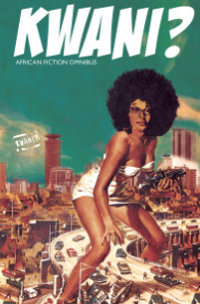 Is a strong African writing scene good for the world?
I have to say yes, but the reason it’s good is not because it’s important to give a voice to the voiceless, or something like that. For me, it’s just much more—interesting.

Zambia, for instance, itself is very interesting. Of course one can’t divorce one’s interest in one’s home country from the fact it’s your home country. But there’s all these historical networks of intersection between Zambia and other countries that I find interesting. I’ve been doing research on a man named Edward Makuka Nkoloso. He created a Zambian space program in the sixties—comprised of him and a bunch of young people he called his Afronauts. He would roll them down hills in oil drums to simulate zero gravity. They wore capes. Everyone thinks he was completely nuts. He had a female Afronaut named Matha who was raising cats so she could release them one-by-one once they got to Mars to see if the living conditions were viable.

I’ve been finding documents describing what he did after he served in World War II for the British. A lot of African soldiers from what was Northern Rhodesia at the time served in Bombay and Burma. When he came back, he started an insurrection in the fifties and was tortured by the police.

It’s very interesting to find these other elements and recognise that behind what seems really foolish, or eccentric, from the Western perspective, there’s possibly a political motivation, a form of critique. I’ve found other examples of pranks he pulled that had a really dark political edge. It’s been very interesting interviewing people who knew him who can’t tell if he was serious, or jesting, with his space programme.

Things like that are just deeply, inherently interesting to me and to have these small magazines that are willing to take a chance on weird fiction, on the new nexus of technology with culture in Africa, can only be a good thing.

Lusaka Punk and Other Stories a collection of The Caine Prize for African Writing 2015 short stories is available here.

Linkedin
RELATED ARTICLES
OTHER ARTICLES
After building his reputation covering the US civil rights movement in the 1960s, the photographer went on to produce some of the most enduring images of the past century.
David 'Dee' Delgado’s photo project is about honouring and uplifting the city of his youth, and a world rapidly disappearing under the relentless onslaught of gentrification.
The action took place in response to the 200 asylum-seeking children who were placed in hotels run by the Home Office who have gone missing.
Since 2007, Gideon Mendel has made 20 trips to document floods in 13 countries. The result is an alarming record of what has already been lost to the climate emergency.
Photographer Sean Maung reflects on documenting a small town in Pennsylvania afflicted by high levels of unemployment, poverty, violence, crime, and addiction.
A new film from Berghaus traces the story of Adam Raja, who left behind a turbulent upbringing to discover the healing power of climbing.