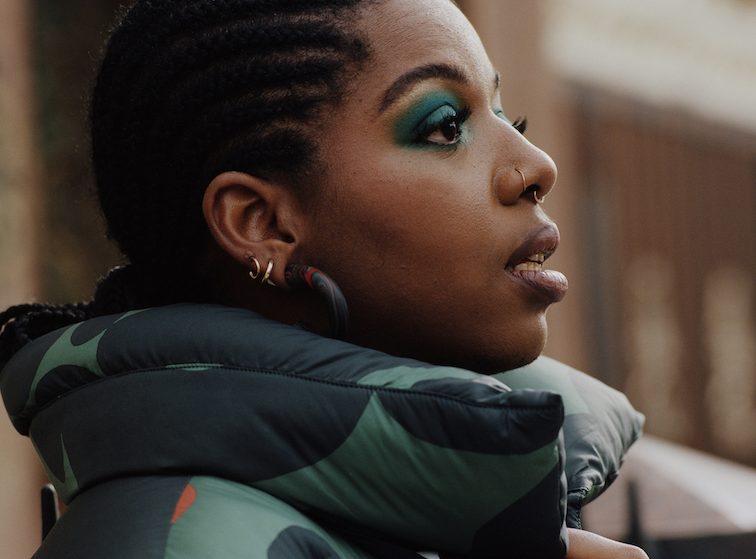 To listen to the music of KeiyaA is to travel through time, space and psyche. What lies at the end of the journey is up to you – but with the Chicago-born artist, you couldn’t hope for a guide to get you there.

To listen to the music of KeiyaA is to travel through time, space and psyche: a self-actualising odyssey of sound where anything goes. What lies at the end of the journey is up to you – but with the Chicago-born artist, you couldn’t hope for a guide to get you there.

KeiyaA’s music uses heartbreak and anxiety as springboards for growth. As an artist, she attempts to transform the things that have eaten away at her subconscious into enduring pearls of wisdom. “Energy is definitely something I subscribe to,” she explains, speaking down a hissing phone line from her apartment in Brooklyn, New York. “But my music isn’t so much about releasing my demons as it is about facing up to them without fear.”

Released in March 2020, the 29-year-old’s stunning debut, Forever Ya Girl, arrived when millions of people were suddenly left with more time than usual in which to self-reflect. The record includes moments of overwhelming vulnerability, which channel heartbreak and explore the idea of Black people being treated like second class citizens in America.“Why won’t you love me? I’m so damn easy to love!” are some of the first lyrics you hear. But there is unwavering self-assurance, too, and conversational highlight ‘Every N***a Is a Star’ is built around the stirring philosophy: “Long as you respect me, I couldn’t care less if you like me.” It makes for enchanting transitions, as KeiyaA – real name Chakeiya Richmond – walks down the path of self-actualisation.

Created largely in isolation in her Brooklyn apartment, the singer and multi-instrumentalist producer agrees that the album is about turning darkness into light – something confirmed in song when she angelically coos about “being one” with her “blackest fire” on ‘Nu World Burdens’. It’s no surprise that these confessional tracks have provided solace and comfort to so many struggling during lockdown. Jay-Z (who added two of the album’s songs to his Tidal ‘best of 2020’ playlist) is among a raft of vocal supporters.

KeiyaA grew up in a Chicago household that played ghettotech anthems and records such as Erykah Badu’s Baduizm and John Coltrane’s A Love Supreme in equal measure. While studying jazz at college, she played alto saxophone. It makes sense, then, that she has developed an eclectic sound that is difficult to pigeonhole: smooth sailing, Brandy-esque R&B jams disintegrate into pitch-black pockets of sketchy synths that make you feel like you’re falling into a K-hole. But these valorous shifts in tone lend KeiyaA’s music an addictive unpredictability.

Her genre-blurring songs manage to feel both anachronistic and future-facing, like neo-soul being broadcast from outer space. KeiyaA truly owns her weirdness, resulting in the same magnetic pull of eccentric pop cult leaders like Badu, Kate Bush, Dr. John, and George Clinton. Much like those legendary artists, KeiyaA doesn’t quite feel earthly. You get the feeling she will enjoy a similar iconoclastic trajectory.

“I want to immerse you in my world, fully,” she says. “There were moments when I was making this album when I was literally broke and could barely afford to eat. But now I’m living in my dream. I just needed to be myself – that’s the part that’s more weird than the shit actually coming true.”

Can you remember listening to a lot of music as a kid?

My grandad was obsessed with jazz. My granny played ’70s soul, while my mum loved neo-soul. She’d play those Badu records on a loop. I guess my drums have a lot in common with rap as I was born in 1992, so I’m a child of hip hop and it’s in my blood. I’m from the Southside of Chicago, so we were having juice parties in the steel houses: just kids in the dark dancing to this hard ass, sassy, Black electronic music. We didn’t need drugs. Even at family cookouts we’d be listening to old school electronic slides. Although they’re all different eras and sounds, the musicians I was exposed to all had that same tradition of experimenting and speaking about Black humanity from high emotional vantage points. I took so much from that. The first artists I remember really blowing my mind though were like Destiny’s Child and Avril Lavigne. I got both of those CDs at the same time and played them out of my boombox. They really nailed the teen angst college perspective, and I learned all the lyrics!

You have such an eclectic set of influences, yet a lot of the press for Forever, Ya Girl was focused around using lazy terminology such as “lo-fi”. What do you think pushes people to put art, particularly Black art, in such concrete boxes?

It gets pretty frustrating. There are lots of people, especially white people and white writers, who label things for their own understanding and then try to communicate it out to the rest of the world. They have full ownership of the narrative, which is completely problematic, and it can lend itself to really harmful terminology like mumble rap. I get pretty pissed off with it, you know? “Alternative R&B” is another example of that phenomenon you have talked about, and it’s problematic [in what it reduces our music to]. The white gaze is far too dominant. It’s like we have to wait for white people to co-sign certain Black music before it’s universally accepted as avant-garde, or an example of artistic prowess. It is bullshit. As Black people, we need to find a way to reclaim the narrative. We need to define how our music is archived, so people in the future get the real story. 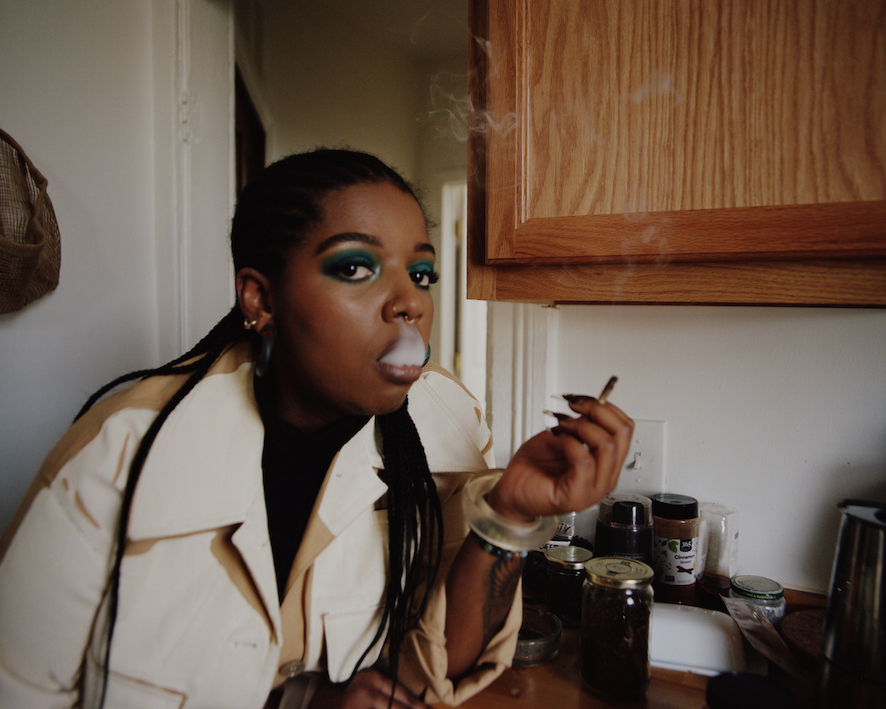 I love how you use vocal samples on this album from people like Janye Cortez and Nina Simone. I sense you’re letting the spirits of the Black revolutionaries that came before you guide you somehow. Is that accurate?

There’s so many Black women who have had the same experiences as me, yet have vocalised [that journey] in a more powerful way. If someone else has communicated something better than I can then I will always try to tap into their voice. Maybe it also comes from studying in a jazz environment, as so much of the curriculum is based on transcribing and learning and tapping into the styles of the artists that came before you. They teach you to sound like someone else before you even sound like yourself.

I love how you play around with time on your songs. The way ‘A Mile A Way’ speeds up and slows down, transitioning from euphoric to almost sedated is like when you take LSD and your mind somehow hears the music slower. Speed and time are just concepts to you, aren’t they?

Yeah, definitely. I be doing a lot of psychedelics so that probably has fucked up my perception of time, and could very well be the source of it. Time doesn’t make sense to me – it just doesn’t feel like it fully aligns with the bodies and the spirits of the people. Every day is different, so I think time hits differently. You could be performing on stage and time works differently compared to being in the crowd, even though technically we’re all in the same time and space. I like to remind n****s that these rigid lines don’t have to be adhered to.

With a song like ‘Fuck With You’, there’s something very soul-cleansing about it. You reference releasing demons. Do you believe in being able to shed energy?

Yes and no. I definitely appreciate that realm of thinking cos’ I have been through the gambit of super western approaches to my mental health. I’ve been in therapy and I’ve been on antidepressants. That isn’t an approach that necessarily makes the most amount of sense to me. I am trying to think about it more holistically. I am more interested in converting dark energy into something that works alongside you, opposed to against you. 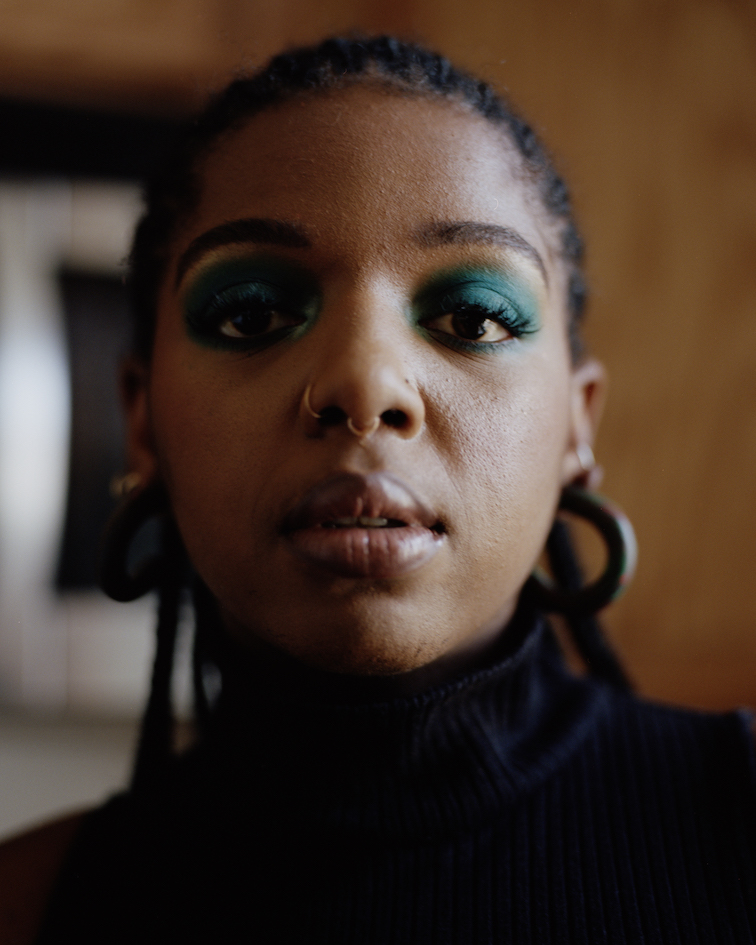 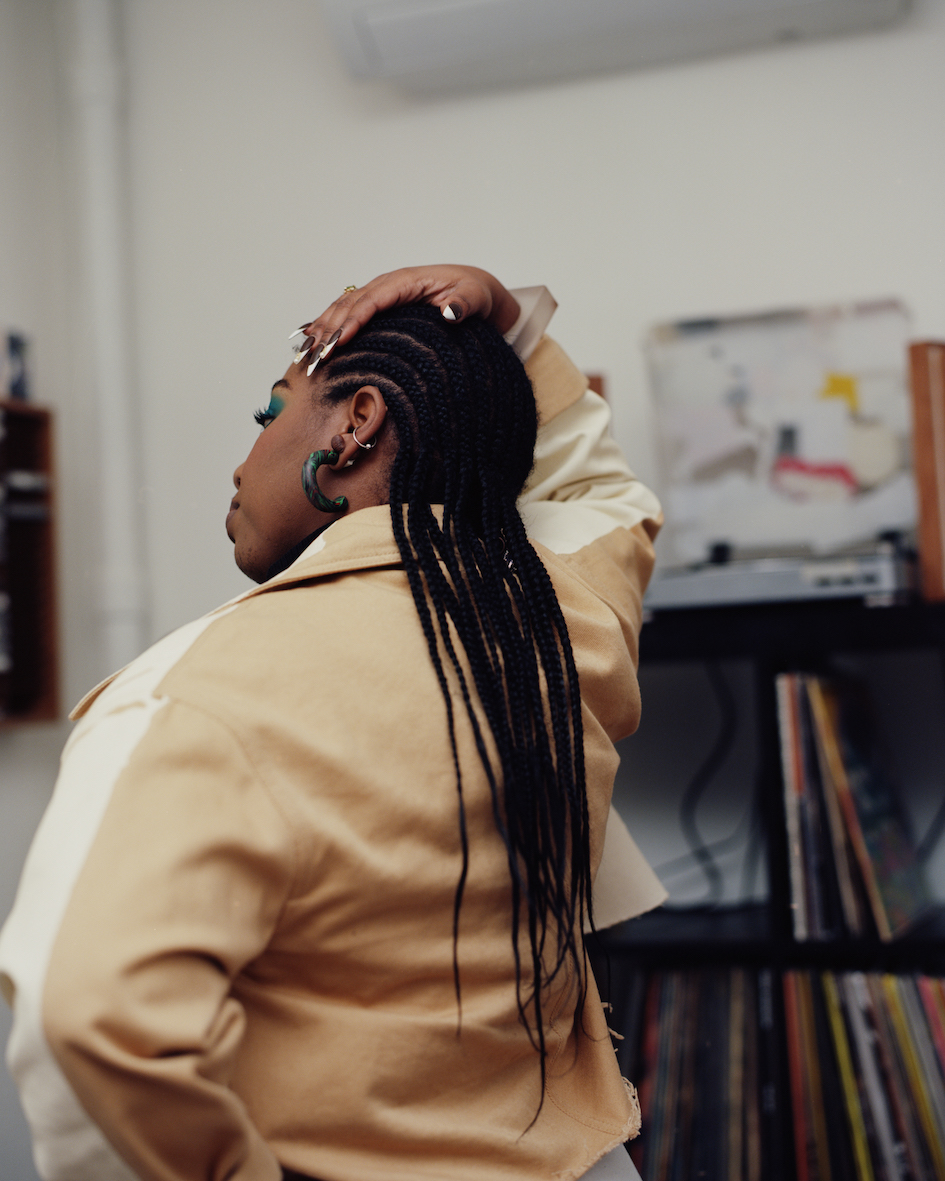 It’s easy to assume that you might have prospered during lockdown, given how much you create by yourself. How have you found it?

I think that I need to be alone for periods of time because I can get a little bit lost in the chaos of it all when I am out with people. Now that isn’t an option, I am feeling a bit of pain, though. There’s so much that I learn and grow from just by seeing other people out, even If I don’t talk to them or speak to them. I could be on the train going somewhere and I see some crazy colour combination on a stranger’s outfit and it inspires me to make a song, you know? So I miss connection and being with people. Honestly, I think my whole aura is fucked up. I feel weird.

Having had negative experiences with education and realising music school does a lot to take individuality out of artists, could you see yourself becoming more of a teacher in the future and helping the next KeiyaA find her voice?

I don’t know if I want to be a teacher teacher. But something in that space, yes. I had this thing with my friends where we all pick a fundamental skill we want to share with each other and dedicate a whole day to sharing. There’s so much knowledge that black people have that we can pass on to one another. So often, we don’t because of hierarchy and gatekeeping, but all we need is the faith. If there’s one passion I have, which is as strong as my art, it’s for figuring out more ways to create those spaces.

A song like ‘Recitifya’ takes 50 seconds for there to be any vocals. Why is it so important to build such tension?

I always want to build tension, 100 per cent. What is the point of experiencing art if it isn’t to feel something deep? There’s a lot of numbing music and dissociative shit out there, and sure there’s a time and place for that, but I don’t know: I am just not the type of person that can really live like that! I will be the n***a who will ruin a joke because I will be like, ‘Wait… why is this even funny?’ I’ll always try to probe deeper to explore the roots of something. That’s the whole point of life to me.

Forever, Ya Girl is out now on Forever Recordings.

Linkedin
OTHER ARTICLES
After fleeing the war in Ukraine, people are finding it impossible to secure affordable and decent housing in the UK.
From snake handlers to mardi-gras revellers, Tom “TBow” Bowden’s photos provide a snapshot of the wonderful and weird people who make up America.
Mass crustacean die-offs in the North East have led a community of fishermen to take action to save their seas.
The pro skateboarder withdrew from the 2020 Olympic Games so he could come out as trans. Now, he’s hoping to encourage others to live as their authentic selves – within the sport and beyond.
A group of aid workers face prison for helping to save people fleeing their homes at sea. If they are charged, it will have a chilling effect on humanitarian efforts.
The first-generation graffiti artist reflects on the tagging’s emergence as an art form and the players who pushed the medium forward.