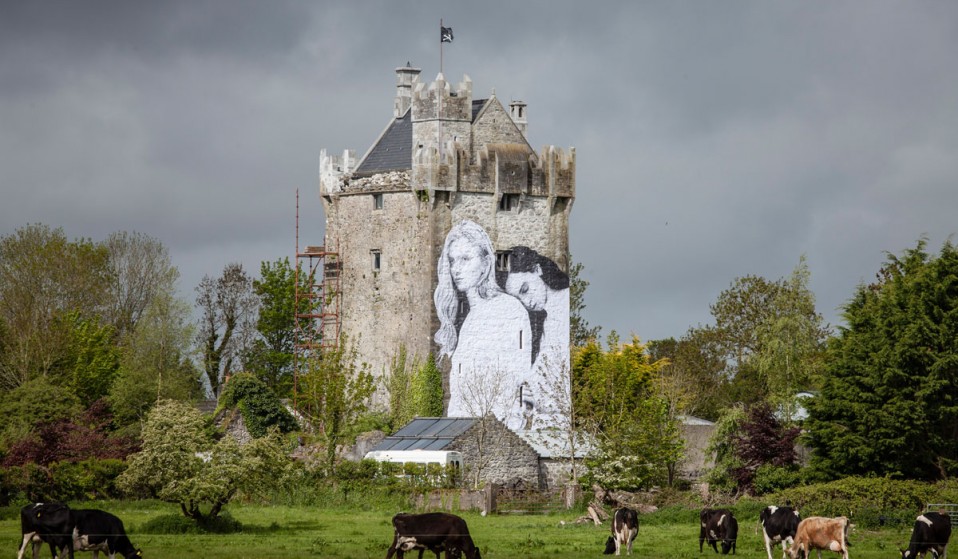 In the run up to the Marriage Equality Referendum visual artist Joe Caslin’s 40ft public art pieces became some of the most recognisable and controversial images of the campaign. HUCK spoke to Joe about the duty of public art to represent the people, the problems young people in Ireland face and why they still need his kind of art.

How did Our Nation’s Sons come about?

Our Nation’s Sons was a project about depression, it was about emigration, it was about anger and it was about apathy. But what it was most about was finding potential in young men. So what I would do is go to a city and recruit up a number of those young men. Sometimes it was completely random people other times I would go into youth shelters or youth groups or schools. They became the subject matter of the drawings but more importantly they became the volunteers that installed the work. They would be on site with me day and night installing these drawings. That was very empowering to them and it gave them a sense of belonging that isn’t easily found. It was to showcase their talents and also to give voice to what is a big topic for them and also for society. 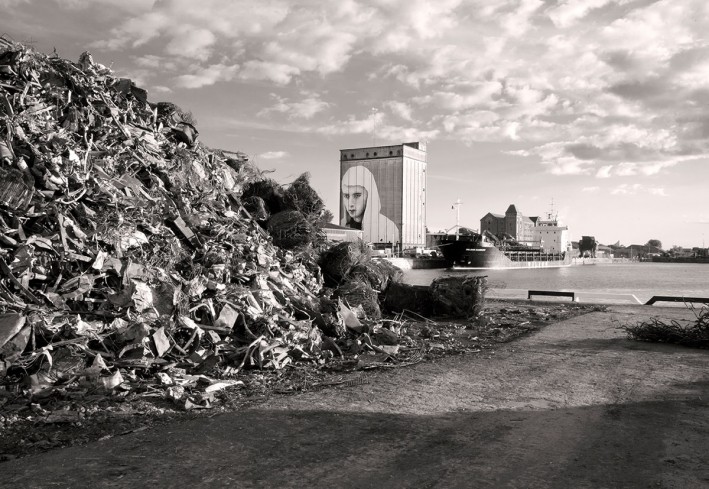 Your work is confrontational, quiet, full of empathy, massive in scale, what is it about Ireland’s youth that motivates it?

But yet it’s quite poised and dignified in what it’s saying. I started the project itself over 5 years ago and that was just to put the focus of young men, specifically young men, back into Irish society. We had moved quite far from having that and we had watched a huge group emigrate and become quite apathetic about the kind of system that they lived in and we were also losing high numbers to suicide, mental health issues and emotional issues. This didn’t sit well with me. I wanted to showcase what I believe is their potential.

What’s your process when creating the work?

The drawings are generally between A2 and A3 in size, then they are blown up and enlarged on an architectural printer onto biodegradable paper. Then we put it up using an adhesive that’s made from potato starch. We’ve done pieces in Trinity College, Cork City Hall and a 15th century castle in Galway. And because I work on Grade A or Grade 1 listed buildings, the work has to be extremely sensitive to the value of the site it can’t compromise the patina, the colouring that’s on the stonework or the structure of the building itself. So we came up with a great method of creating something that is temporary. 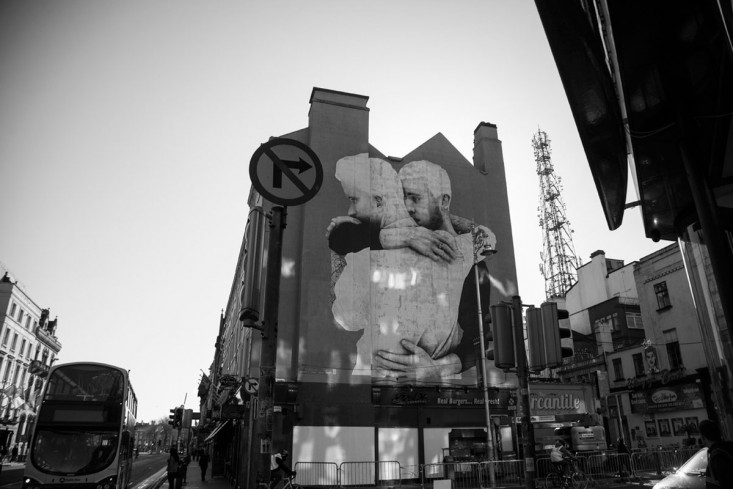 How did people react to your pieces in support of the YES campaign?

The scale makes them very confrontational in their view. You come down into an estate that you are incredibly familiar with and you see this thing that has never been there before that captures your attention. We’re bombarded with advertisements and imagery and messages, every day of the week, every second of the day – but in Ireland, with the Marriage Equality issue, there have never been images like the ones I made. To put up an image that holds it’s own story, that says nothing … you’re allowing people to make their own decision on what that is. And same sex couples aren’t often allowed to have that embrace.

The campaign was fought in images as much as words, how important was it to refute the ‘NO Campaign’ postering across Ireland in something with visual impact?

When I conceived the idea I had looked at other referendums that took place in Ireland, and one that stood out in memory was the abortion referendum. When I was young that was going on, I’m incredibly visual aware as an artist that’s how my mind operates, and when I think back on that referendum I see images of foetuses, images of small, unborn babies on placards protesting outside government buildings. I didn’t want this referendum to have that kind of image associated with it. This was a referendum about equality, a referendum about love, and I wanted to create a dignified image for same sex couples.

You grew up in Roscommon, one of the only places in Ireland to Vote ‘No’ in the recent Marriage Equality Campaign.

I have only spoken about things that I feel quite strongly about. Roscommon did vote ‘No’ in the referendum. But if you analyse that under the view that I had beforehand, in Roscommon we have no ‘higher education’ in the whole county. Only 13 percent of any graduates from Roscommon find work and opportunity in Roscommon. It’s a county that has been desolated by emigration and unemployment. That demographic is not there. Older people came out and voted ‘No’.

This is just the sort of lack of opportunity that can often lead to feelings of low self-worth in young people.

I’m a teacher by trade and in 7 years I lost 5 kids to suicide quite early on. That really got me into working with Our Nation’s Sons. And then just with friends and family who were greatly effected by the Marriage Equality Referendum, it impacted me and I thought we need to have this conversation. And because you’re caught up in the belief of what your saying it makes the work more, not personal, but you have a tighter bond with it. Now I have to look back and see what else needs to be said.

Joe’s project was supported by Pieta House, a charity that represents people and help people deal with suicide and self-harm. 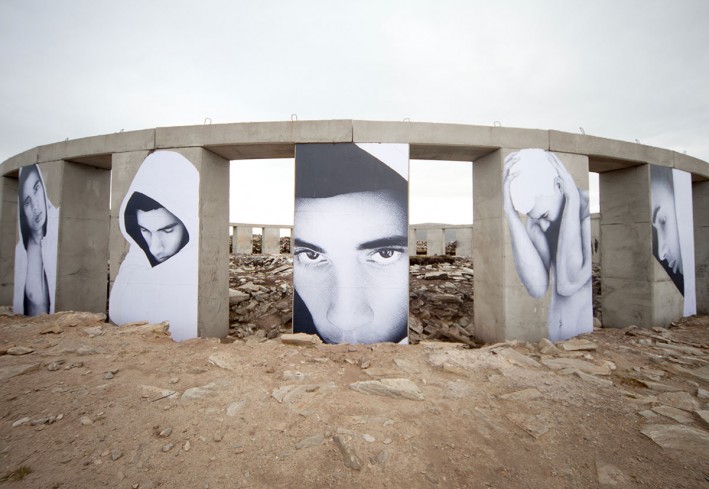 Linkedin
OTHER ARTICLES
Ahead of the policing bill reaching its final stages in the Lords, protestors came together to rally against the legislation.
Photographer Yan Morvan revisits a radical moment in history, which saw the emergence of a fiercely-rebellious spirit among the UK‘s youth.
Jermain Cikic reflects on his experience of visiting the island of Samos, Greece, in the summer of 2021.
With abuse of call-centre staff on the rise, many are now speaking out about the hostility they’ve faced.
The internet furore surrounding a certain NY-based furniture designer should make us question whether condemning people in the harshest possible terms harms more than it helps.
The novelist discusses his electrifying debut, which offers a deft examination of masculinity under late capitalism.