Art & Culture / North Carolina has passed the “most anti-LGBT bill” in the U.S. 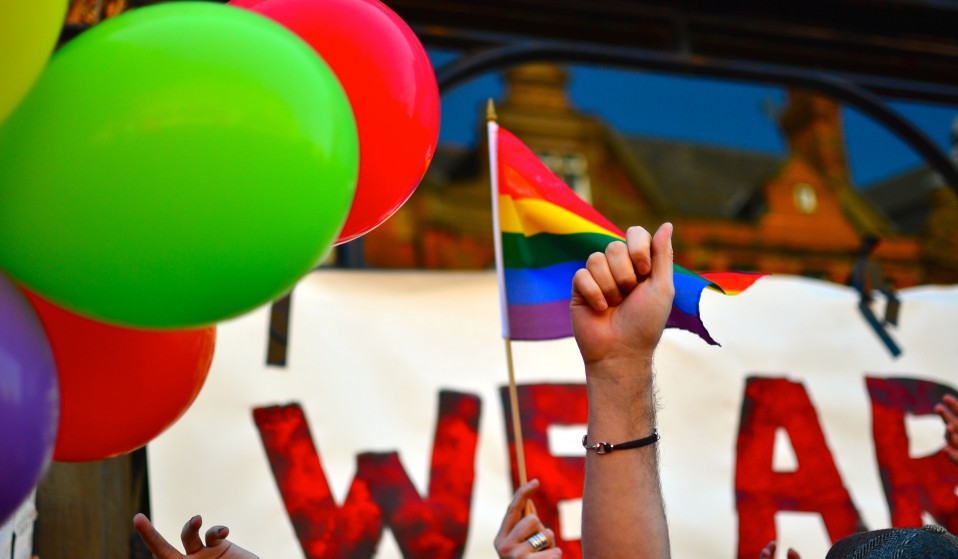 North Carolina Governor is facing a backlash from campaigners, businesses and politicians.

The law also makes clear local measures can’t be introduced protect people on the basis of sexual orientation or gender identity. The bill even stops transgender people from using public bathrooms that match their gender identity, instead forcing trans people to use facilities that match the gender marked on their birth certificate, and prevents civil suits from being filed in state court even when discrimination has been documented.

If this wasn’t embarrassing enough for McCrory, now other politicians are showing their anger by banning all non-emergency public-employee travel to North Carolina. The cities of San Francisco, New York and Seattle have all seen travel restrictions imposed, while North Carolina’s Attorney General has labelled the new law a “national embarrassment”.

The latest figure to publicly denounce the bill is New York governor Andrew Cuomo, who yesterday signed an executive order banning all non-essential travel to North Carolina by employees of the state.

As public condemnation continues to mount up, from North Carolina’s 250,000 LGBT residents and beyond, and with a recent study finding some 73 per cent of local residents in support of equality legislation in the workplace for LGBT people, it’s increasingly evident that authority can sometimes end up being on the wrong side of the times.

It’s well documented that the LBGT community continue to face constant abuse, ignorance, and violence. An alarming 41 per cent of transgender people in the United States have attempted suicide in their lifetime, according to a Williams Institute report. In the same survey, a staggering 65 per cent of trans people who have attempted suicide stated that they had been victims of physical violence at their workplace. Workplace protection for trans people saves lives.

Governor McCrory claimed in a tweet that laws created to protect transgender people “defied common sense”, and would allow men to use women’s restrooms, a threat that the editorial board of The New York Times suggest “exists only in the imagination of bigots.” It’s a bill that has been fuelled by prejudice and delusional rhetoric, shrouded in the guise of privacy and the safety of women and children.

However, the clearly out-dated bill was approved by the Republican majority of the state’s House and Senate and then signed by Gov. McCrory – all in less than twelve hours.

The backlash was just as immediate: The Democratic minority at the Senate were the first to show their disapproval by walking out of the chamber in protest. Civil rights groups and LGBT advocates in North Carolina have also expressed their outrage, arguing that the bill is not only discriminatory but deliberately targets transgender people.

Since the passing of the bill, the American Civil Liberties Union of North Carolina – along with Lambda Legal, Equality North Carolina, and several other plaintiffs – have filed a federal lawsuit against Gov. McCrory, the state’s Attorney General, the University of North Carolina and its board of governors.

The biggest condemnation so far has been from corporate America, with major companies including American Airlines, Apple, Google and PayPal all showing their support for the LGBT community. Some 80 tech executives have signed an open letter expressing their opposition to the law.

A PayPal spokesperson told Huck that the company was “disappointed by the bill” and reaffirmed that PayPal “strongly believes in protecting the rights of LGBT individuals within their communities.”

Linkedin
RELATED ARTICLES
OTHER ARTICLES
A centuries-old tradition is offering families a way to honour the deceased, reports Arbab Ali.
Amid soaring inflation, more families are having to turn to the kindness of strangers to shoulder the cost of dying.
Photographer Chloe Dewe Mathews reflects on the diverse rituals that continue to persevere along the river– despite the changing London landscape.
Over the weekend, the United Families & Friends Campaign organised a protest calling for an end to deaths at the hands of the police.
After voting to strike across England, prison teachers explain why they’ve been pushed to a breaking point.
A new photo series documents tribes preserving the environment through simple, sustainable practices in central Asia.