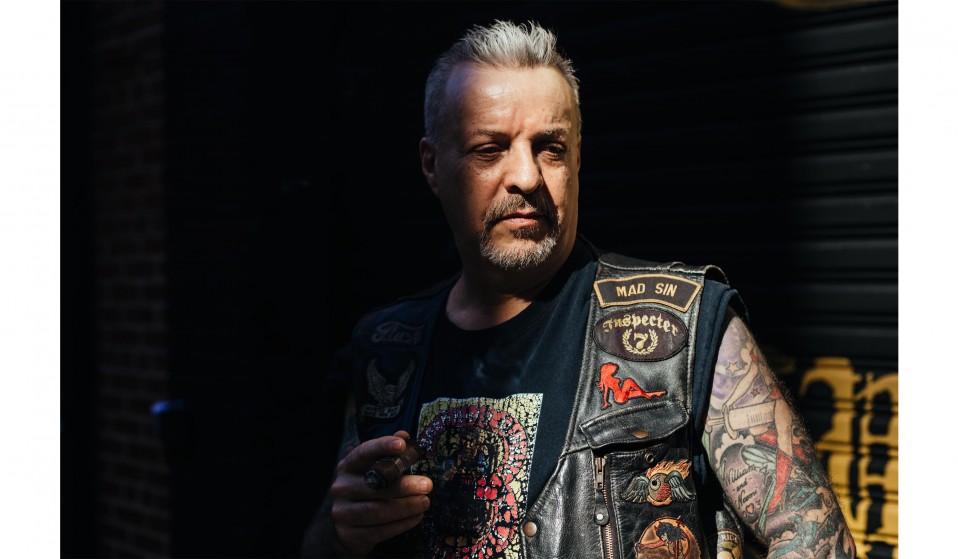 Dr David Ores is on a quest to change lives by removing bad tattoos from former gang members, ex-convicts and victims of human trafficking - free of charge.

Dr David Ores is on a quest to change lives by removing bad tattoos from former gang members, ex-convicts and victims of human trafficking - free of charge.

It’s mid-morning in Rio de Janeiro – barely eleven and already hot enough to sweat. I’m meeting Dr Dave in the garden of a rambling villa which belongs to his mate Jonathan Shaw, the tattoo godfather who’s inked celebs like Johnny Depp. It’s a paradoxical setting for our conversation about the work he does back in New York City, through his tattoo removal charity Fresh Start.

When David Ores, MD, set up shop as a GP in New York’s Lower East Side back in 1987, he got into the scene straight away. “The East Village is a heavily tattooed neighbourhood, and I’m a biker,” he explains in a deadpan staccato that gives a tough-guy varnish to his tender-heartedness. “I had a lot of friends who were tattoo artists and they tattooed me for free.” He soon saw that tattoo removal came with the territory. “Usually it’s people who want to exchange the crappy tattoo they got at high school for something better. And to do that, they need to lighten the old design.”

So Dr Dave bought the equipment – a laser that’s as intricate “as a spaceship”. He hadn’t been zapping long when his patients started to tell him about buddies who’d got stuck in their lives because of tattoos they’d got in the past: teardrops on their faces, swastikas on their foreheads, gang insignia on their necks or the backs of their hands. “They couldn’t work and their lives sucked,” explains Ores. “Everyone was afraid of them or hated them, they couldn’t go to parties, and if they went to the wrong neighbourhood, they’d get beaten up by rival gangs.” True to his altruistic, hippocratic oath (every Wednesday, Dr Dave treats patients for whatever they can pay) he started to remove the offending tats free of charge. “It takes five seconds to do a treatment for a teardrop,” (usually a convict’s, sometimes a murderer’s mark). “It’s zero cost but it can change a life.” 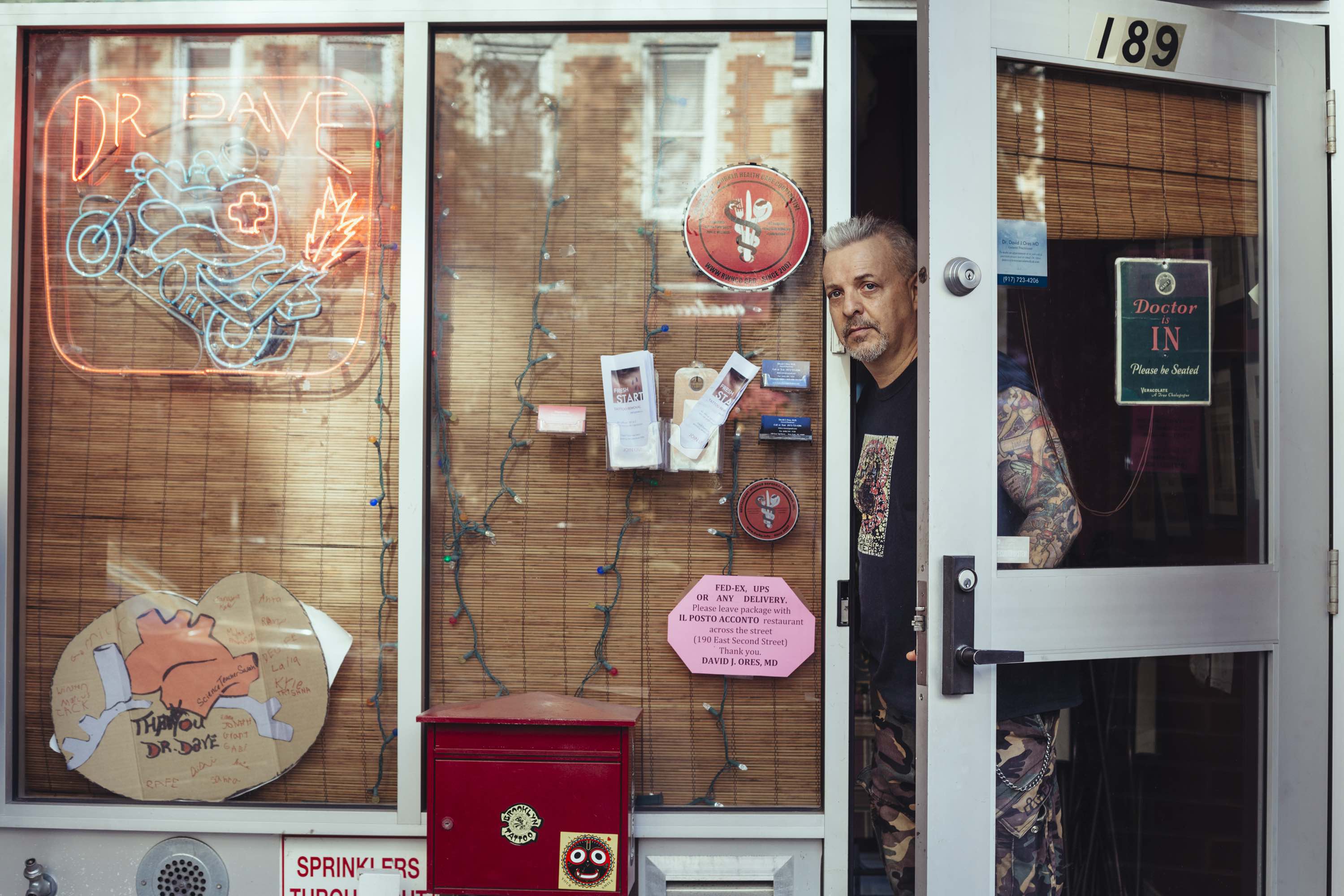 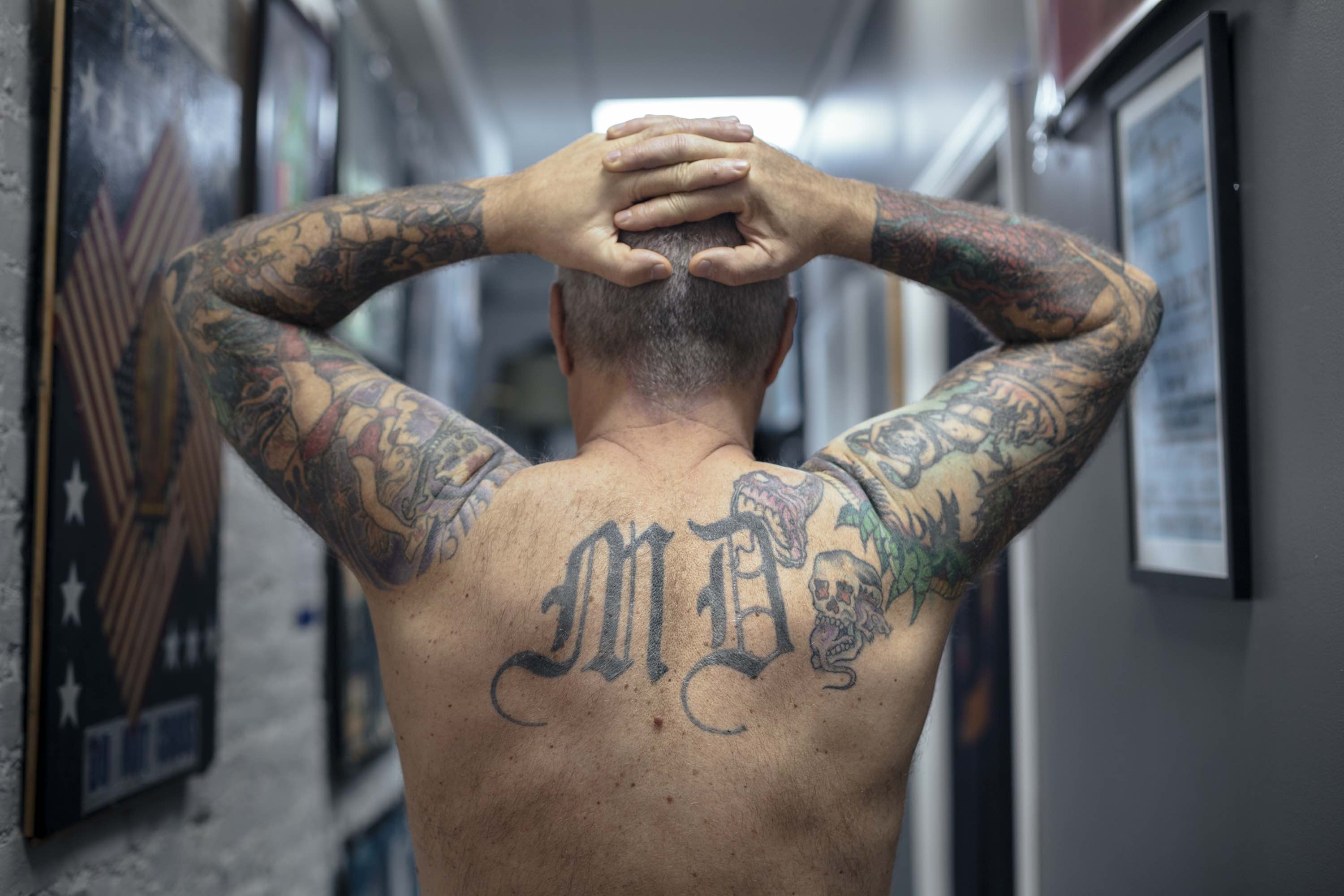 Dr Dave’s humanity is born of a traumatic legacy. “Both my parents survived the Holocaust,” he explains in his machine-gun delivery, too fast to linger on emotions. “My father was in a concentration camp and my mother in Siberia. After the war, they both became doctors. And they taught me that it’s okay to help people. You don’t need any reason, you don’t have to have any trumpets or music, or expect anything back.”

Soon, Dr Dave realised that the need for tattoo removal was so widespread that he couldn’t deal with it alone. Fresh Start Tattoo Removals was born – a service that connects qualifying candidates to tattoo removers all over the States who agree to do the work for free.

“I deal with three groups. Formerly incarcerated people, former gang members and victims of human trafficking – women forced into prostitution and branded with things like barcodes, dollar signs or the word ‘cash’, usually above their vagina. My programme is all about change: I deal with people who are in the process of building a new life. My tattoo removal doesn’t cure the world – it’s just one thing. Clients still have lots of other things to do to get their shit together. But if they have a tattoo on their face, they won’t apply for jobs because why bother? They’re not going to get hired anyway, and they haven’t got $2,000 to get the tattoo removed. So they’re hopeless.” 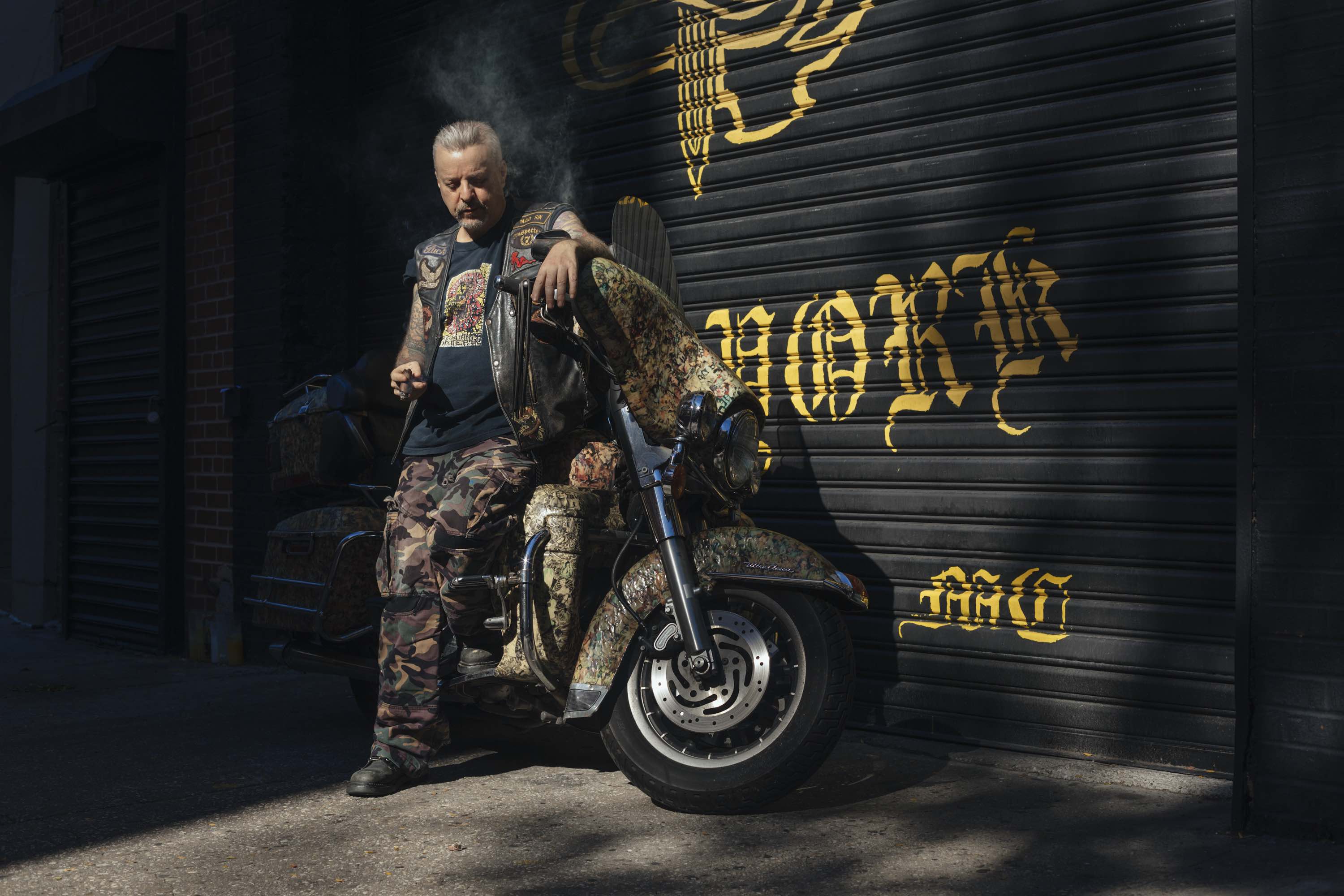 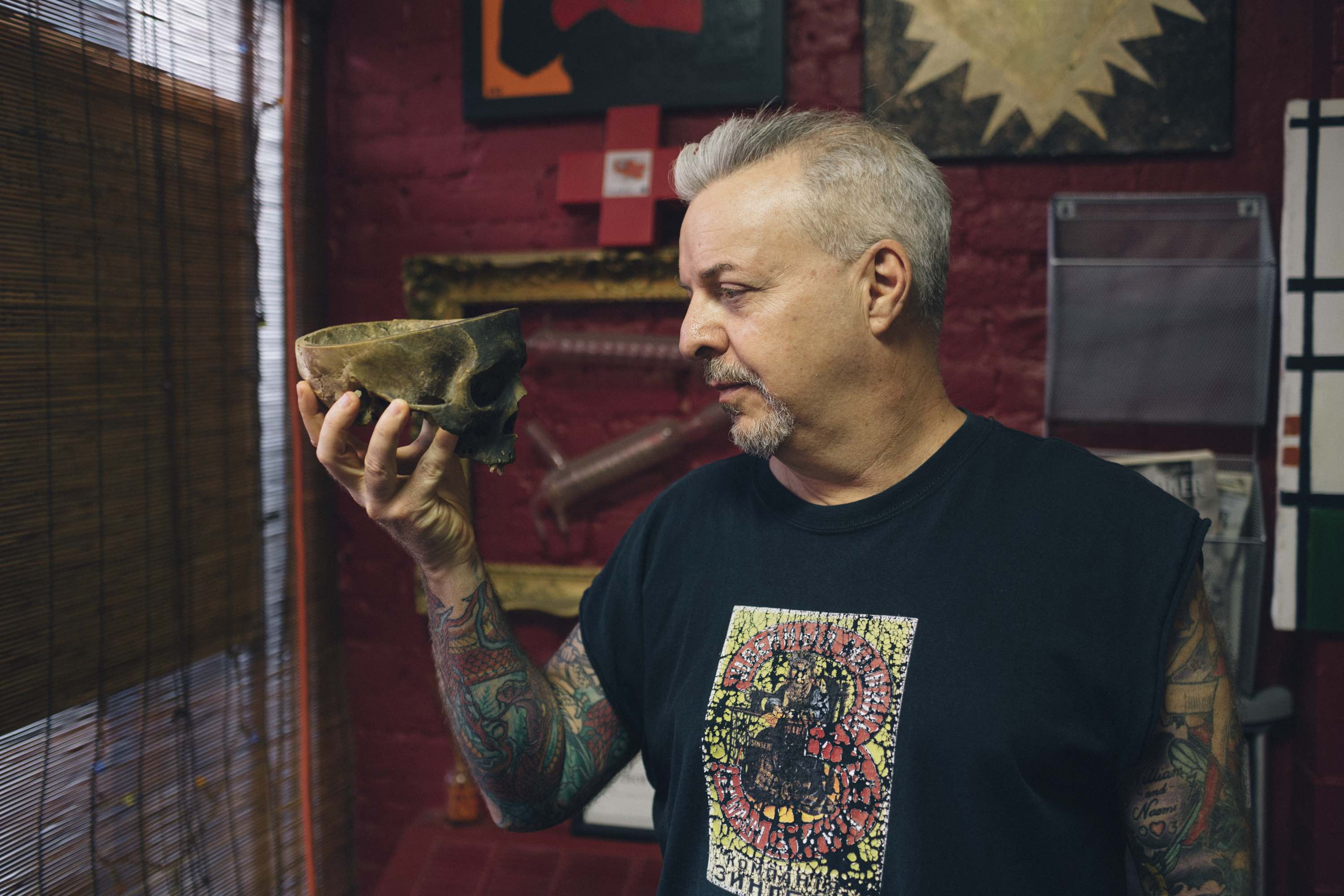 Sure, if a former crim turns their life around, that’s a beautiful thing, but Dr Dave doesn’t do warm and fuzzy. “The government is interested in metrics. If someone gets a job within two years of coming out of prison, the return-to-prison rate is ten per cent. If they have a tattoo on their face and they don’t get a job, the return-to-prison rate is ninety per cent. It costs $60,000 to keep someone in jail for a year. If you help just one person to stay out of jail over ten years, that saves $600,000. And not just that, these people pay into the system, they don’t commit crimes and don’t hurt people.”

But it isn’t always easy getting others to see things his way. “The hardest part is to get doctors to agree to have murderers, rapists and felons in their office. But in my twenty years of experience, I’ve found they’re my best patients. They’re the nicest, friendliest people. They show up on time, they’re appreciative – they’re fucking perfect.”

So far, the project has helped 2,000 clients. But to Dr Dave, that’s not enough. He wants to build a website that matches clients and providers automatically, “like match.com or Grindr”. But first he wants to replace his broken-down laser. It costs $300,000, which he’s aiming to raise with a gofundme.com campaign. “I’ve removed patients’ tattoos and they said, ‘What’s it gonna cost?’ I say, nothing. They go, ‘Really? Come on! What’s in it for you?’ Nothing, it’s free, get outta here. It takes time to soak in. But when you do something nice for them without asking anything in return, it has a really powerful effect in encouraging them to do their part as well.”

Linkedin
RELATED ARTICLES
OTHER ARTICLES
A campaign led by ex-torture survivors and refugee organisations has left the Tories with no planes left to carry out their callous scheme.
Whether it was seacoalers in Northumberland or the miners’ strike, the photographer was always fully immersed in the story he sought to capture.
Over the weekend, the United Families & Friends Campaign organised a protest calling for an end to deaths at the hands of the police.
After a devastating fire, creatives in the city are coming together to call for more affordable workspaces.
Planet Ardbeg is a 40-page sci-fi anthology created by three cutting-edge artists.
The campaigning charity are on a mission to increase inclusion, participation and representation of Black people in trail running.