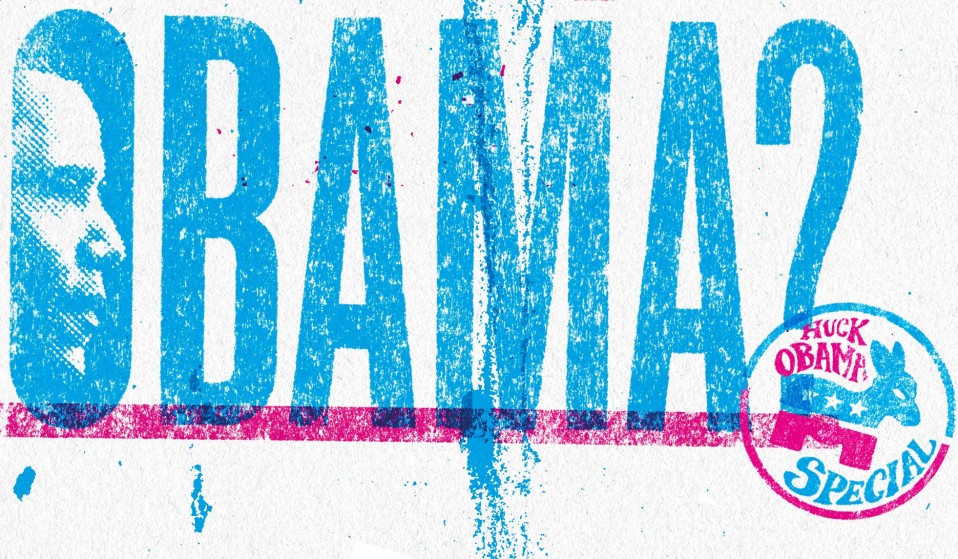 Eight years ago, on the eve of Obama's election, we asked five of our American counter-cultural heroes to tell us their hopes and fears for the future if the U.S. was really to elect its first black President. America delivered, but did Barack? Here's Kelly Slater, Adam Yauch, Ed Templeton, Stacy Peralta and Chuck D.

Whatever the outcome of the 2016 U.S. Presidential race, there’s one truth we can be certain of: we’re not going to be getting excited. If Trump, yes, Donald Trump, manages to spit enough venom that he reaches The White House – which still seems distinctly possible – then all bets are off for the future of the United States.

Should the bookies favourite, Hilary Clinton, win enough electoral colleges to declare victory, most of us will just be relieved that she’s not Trump; it’s hardly a ringing endorsement.

But back in 2008, there was something different in the air, a sense of excitement, the winds of change. Barack Obama’s ascendancy to the most powerful office in the world offered more to many than his predecessors: the first black person to hold the office, an end to Guantanamo, pulling out of Iraq, universal healthcare.

In the coming months, once the victor of this year’s race is announced, there’ll be time to reflect on Obama’s tenure, but it’s important to remember what people thought back then too.

Digging through the archives, we found this story from our twelfth issue: Kelly Slater, Adam Yauch, Ed Templeton, Stacy Peralta and Chuck D tell us their hopes and expectations of Obama just weeks before he was voted into office. 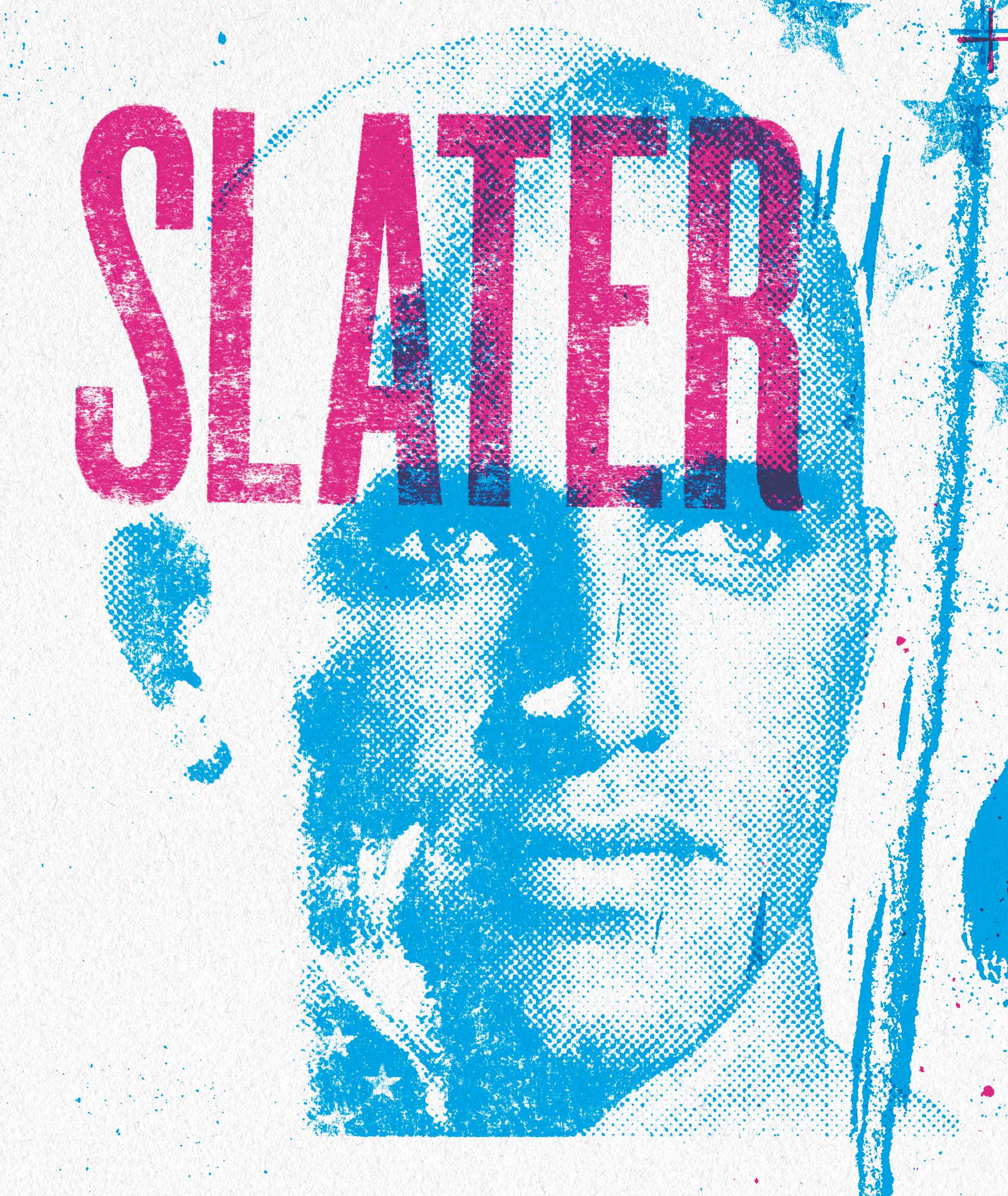 What is the significance of Obama’s nomination for president?
The idea that you actually can be anyone you want to be in America, no matter your race. Also, a voice of change from people who are fed up with the direction we are going. It symbolises a lot of change that’s happened in our country’s history.

If he wins what do you think he can change?
The perception that our country is just full of nutcases and warmongers hell-bent on policing the world. I think the bigger picture is that our current cabinet is an indication of how far we, as people and as Americans, still have left to go.

Next, we need to have more fun. There’s not some bogeyman around every corner ready to blow us up because they hate our freedom. Let’s all just relax, get rid of that colour-coded terror threat on the news, and stop paying out on everybody who doesn’t believe in what you do. It’s down to everyone to open up to what the world has to offer. 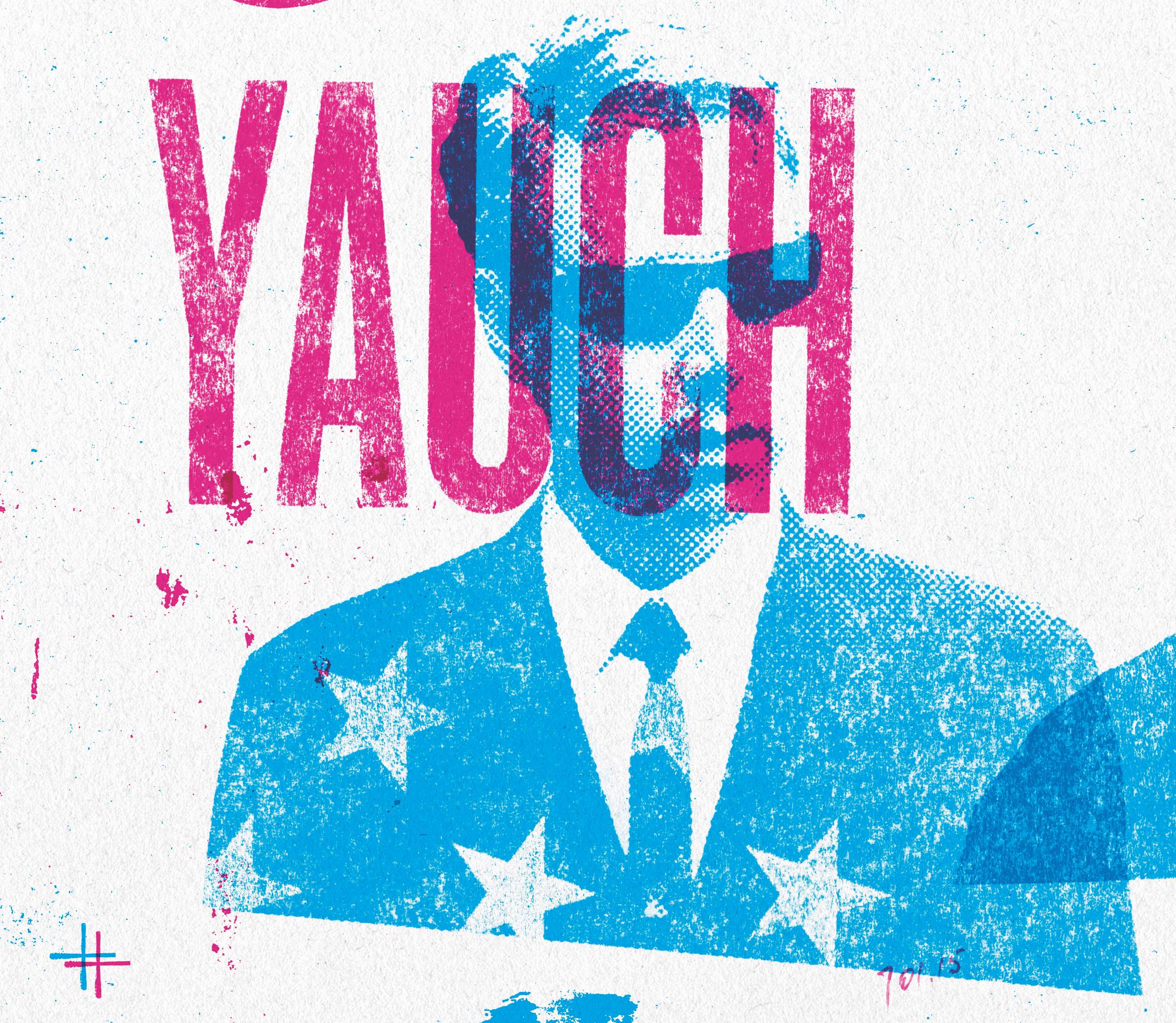 What is the significance of Obama’s nomination for president?
Maybe I’m being naïve, but it’s the first time I can remember that there has been a politician that actually seems sincere. When I think of politicians who most people think highly of in the United States – like Bill Clinton, who is not someone I think terribly highly of – Barack Obama really comes across as being sincere, incredibly intelligent and with his heart in the right place.

And the fact that he happens to be of African descent, that one of his parents is African, is amazing – that the country has come that far and is ready to embrace somebody of colour is a great thing. It’s very exciting.

If he wins what do you think he can change?
A lot. I think it’ll change the rest of the world’s perception of the U.S., which has gone down the toilet in recent years. I think he’ll push towards renewable energy sources; I think he’ll help get the economy on its feet. I could be wrong, but this is certainly the way I’m thinking about it. It could be a really exciting time for the U.S. to move in the right direction.

What do you think America’s new role in the world should be?
I think that America should be leading by example. If the U.S. doesn’t want Iran to have nuclear weapons then the U.S. should be pushing for an international ban on all nuclear weapons for everybody. There is no reason that the U.S. should feel that they’re allowed to have nuclear weapons and that they can somehow be entrusted to them, but Iran can’t. Particularly when the U.S. is the only country that has ever used one on human beings. It’s very hard to say, ‘Oh you can’t have that, but we can!’ That’s the sort of thing the U.S. needs to be doing. 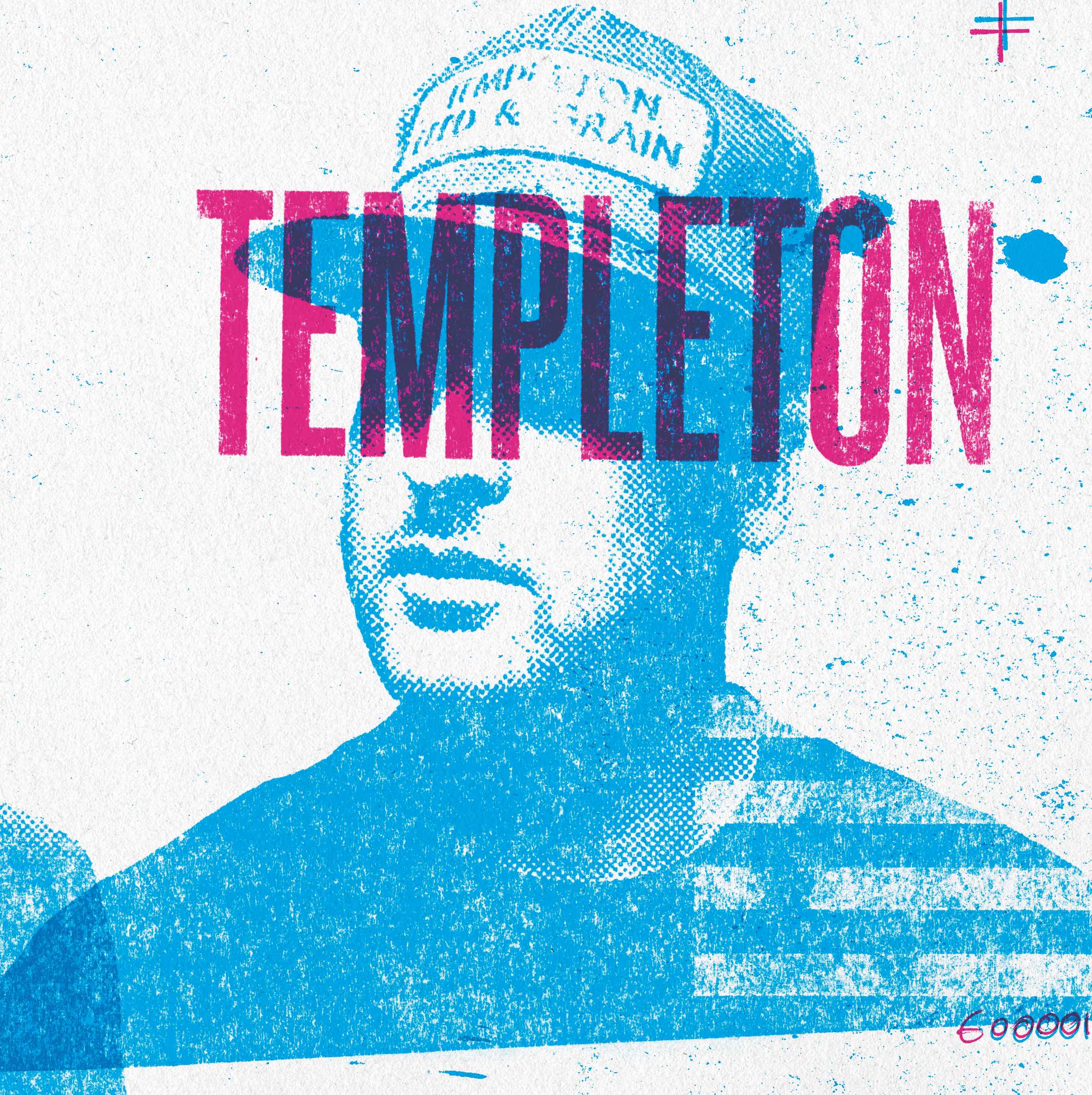 What is the significance of Obama’s nomination for president?
On the surface it is very historical to have our first African-American presidential candidate. I think that if he were president it would send a message to the world that we have grown up a little bit. It still worries me that both candidates have to involve their religious views in their politics. It would be even more historical to have an atheist candidate, which is funny, because I think our founding fathers would be beside themselves seeing how things are run now.

We still have a long way to go before this country is where I personally think it should be. As usual, it is a choice between two evils. Barack Obama is in my opinion the much lesser evil, and a vote for him will not be thrown away.

If he wins what do you think he can change?
I am very cynical about this, because for the most part I don’t think much would change. But if, and that is a big if, he does do some of the things he is saying he will do, then I would be happily wrong! We need universal healthcare, and we need to get out of Iraq. The only way things would really change is if we had control of both the House and the Senate with a Democratic president. Then things could really start rolling.

What do you think America’s new role in the world should be?
At this point we need to play catch-up to gain back our respect. 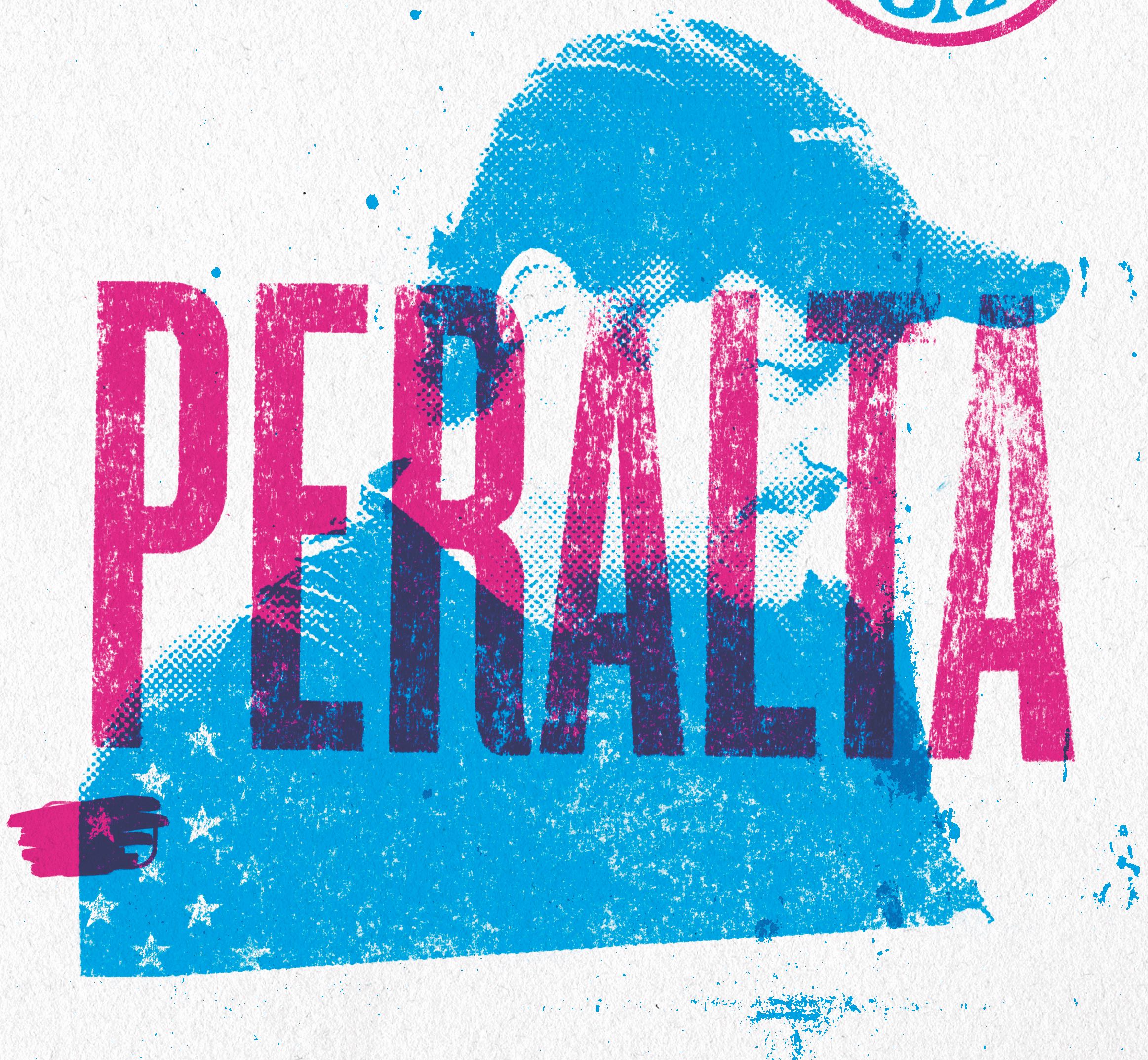 What is the significance of Obama’s nomination for president?
We have had very few American presidents that did not come from extreme wealth. Obama does not come from wealth and in fact is far more representational of all Americans because of his challenging background.

If he wins what do you think he can change?
I think he may listen better than any other modern president we have had. Also, I think his presidency will positively affect the perception of America, both here and abroad. An Obama presidency will be proof that there is such a thing and such a reality as the ‘American Dream’.

What do you think America’s new role in the world should be?
A benevolent leader not an imperialistic bully. 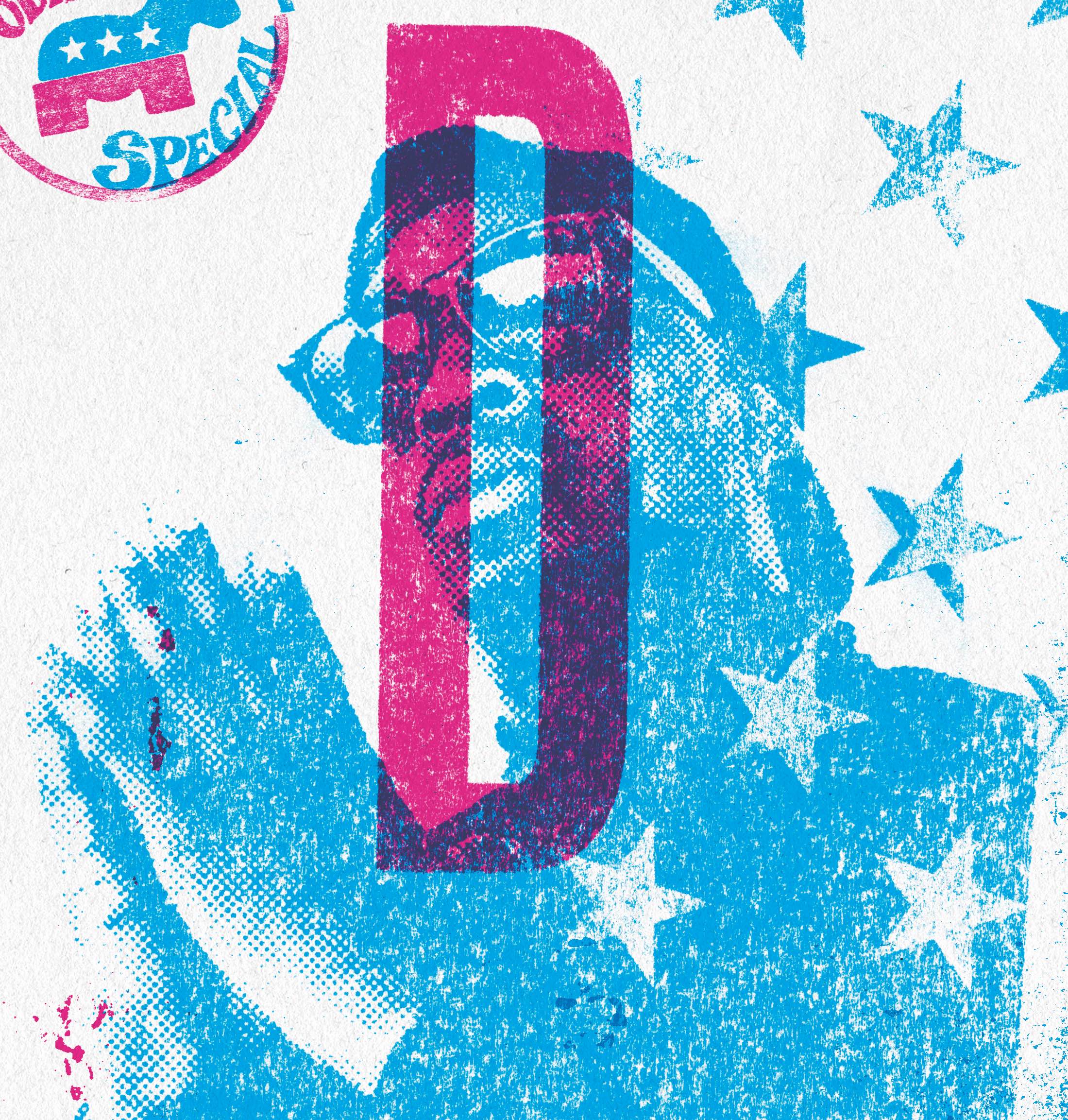 What is the significance of Obama’s nomination for president?
Change must take place now, in a better direction at the Twin Towers of U.S. politics – because the more that things stay the same for Amerikkka, the more things change for the worse for my constituency.

This is why Barack Obama makes the most sense in this verbal word storm. This cat is setting us a pick, as they say in basketball, to realise we cannot sit on our asses. At least what I hear is that a person like myself better be aware, awake, and have as few excuses as possible for not taking some sort of control of my surroundings.

If he wins what do you think he can change?
There are going to be haters galore. From all ends… Even if he answers from a more conservative perspective, it’s still a warning to us black people that maybe we better wake our asses up to something more serious. I have to be aware that his policies are gonna sway the other way much of the time. [But this is] a wake-up call to understand we got time to comprehend, prepare and move out the way before the sickle comes swinging from the government. It’s the cost of possibly getting this country on the heartbeat of the rest of the planet as well as calling to alert its Western cousins.

What do you think America’s new role in the world should be?

Regardless, it ain’t time to play. Play your position. No longer can we afford not to. Then again, it ain’t about what I think. We will all see that teamwork is necessary for a collective come up of a people.

This article appears in Huck 12 – The Stephanie Gilmore Issue. Subscribe today so you never miss another issue.

Linkedin
OTHER ARTICLES
Activists and campaigners are fighting back against new laws that would seriously undermine the ability to take industrial action, calling it an attack on fundamental workers' rights.
Photographer Becky Tyrell went down to the fading banger and stock raceway to meet a community desperate to keep it alive.
After fleeing the war in Ukraine, people are finding it impossible to secure affordable and decent housing in the UK.
A recent High Court ruling against the right to wild camp in Dartmoor National Park sparked the largest land protest in history – and campaigners say their fight is not over yet.
Tristan O’Neill’s shots of dancers caught in moments of reverie at the height of rave’s golden age are a testament to the UK’s legendary club culture.
Since 2007, Gideon Mendel has made 20 trips to document floods in 13 countries. The result is an alarming record of what has already been lost to the climate emergency.