Art & Culture / Obama’s historic visit to Cuba is over, now what happens? 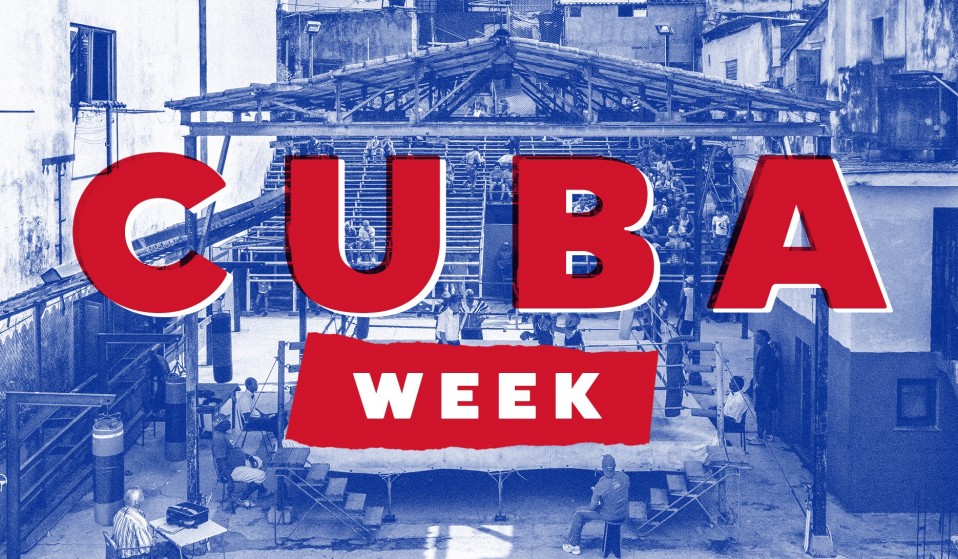 Obama's visit to Cuba last week was supposed to mark a thaw in relations between the two countries - Professor Arlei Sander Damo asks what happens next.

Obama's visit to Cuba last week was supposed to mark a thaw in relations between the two countries - here Professor Arlei Sander Damo asks what happens next.

Barack Obama’s visit to Havana last week marked the next step in a difficult rapprochement between the U.S. and Cuba, a process the American president is personally embracing. Whatever his motivations – whether to fulfil a campaign promise, consolidate his legacy, or to serve U.S. business interests – Obama has worked hard to lift the brutal blockade imposed on Cuba for over half a century. To many Cubans who live on the island, the end of the embargo is a victory – it ends without hampering the Revolution, an American goal since Castro rose to power in 1959.

Those witnessing the changes from the outside tend to see them as yet another stage in the perennial clash between socialism and capitalism, but inside Cuba people are seeing things differently. One of Cuba’s main concerns has always been autonomy – the ability to run its own affairs without foreign interference – which has been a constant battle in Cuba since the Spanish colonial era.

José Martí, who masterminded the Cuban independence struggle at the end of the 19th century – and inspired Castro – once predicted that the main threat to Cuba, after escaping Spanish rule, would be succumbing to American power. His prophecy materialised in the first half of the 20th century, and the threat has been encircling the island ever since – and indeed the entire continent, much of it subordinate to American power until recent leftist governments rose to power.

It’s no coincidence that Obama’s short trip included a visit to Martí’s memorial, but not a meeting with Fidel, a subtle message that Cubans are not willing to negotiate away their independence. They weren’t dominated by military means, nor by economic asphyxiation, and they won’t be controlled by the “benevolence” of capital, either.

Obama didn’t hold back in highlighting the differences between the two countries’ approaches to democracy and human rights, even though the American President was actually more restrained than many had predicted. In fact, the Cuban Communist Party (PCC) has made it clear it’s not interested in such discussions at this point. And while it’s possible that a more robust form of participatory democracy will be implemented down the line, radical political reforms aren’t on the horizon for now, and economic changes are creeping forward at a much slower pace than expected.

While it’s clear Cuba isn’t banking purely on bilateral commerce with the States (the quickest route to subservience), the end of the embargo could bring huge benefits to the island. In essence, the blockade has obstructed practically all forms of transnational trade. As well as the restriction on ships coming from Cuba from docking at U.S. ports, the embargo imposes heavy sanctions on companies from other countries that do business with Cuba. The only country to bravely confront it has been Venezuela, providing a vital lifeline for the Cuban economy. It’s worth noting that Cuba relies on oil for almost all of its energy, of which 60% is imported. The imported oil comes almost exclusively from Venezuela, at heavily subsidised prices.

One of the most important sources of revenue for the government comes from Cuban nationals working abroad, mostly in health and education. Venezuela alone employs approximately 40,000 Cuban professionals, with a good chunk of their salaries being paid directly to the Cuban government. Hugo Chavez was a generous friend to Cuba – posters with references to the now deceased President are common in Cuba. But “Chavismo” isn’t going to last forever, and it’s become vital to find alternative sources of income to avoid the crisis that took place in the 90s. Following the fall of the Soviet Union, Cuba lost practically all its commercial partners and the population ended up suffering from restrictions on electricity, food and basic hygiene.

One of the developments from this era, which Fidel refers to as the “special period in times of peace”, was the opening up of Cuba to tourism. These days, Cuba welcomes 3 million tourists a year, more than 50% from Canada, and almost all investment in hotel infrastructure is foreign. That said, both workforce and management are Cuban, a model likely to be applied to future partnerships in other sectors.

While the end of travel restrictions for Americans will provide a much-needed economic boost, it might also contribute to the strengthening of existing gaps. A taxi driver in Havana can make in one day’s work as much as a doctor’s monthly pay, or double that of a teacher. If we consider that health and education have been pillars of the Revolution, this is a good example of current and future dilemmas facing the country.

Even though a career in Medicine is still prestigious given the many opportunities to work on foreign ‘missions’, convincing young people to become teachers is increasingly more difficult. One of the results is the deterioration in the quality of teaching, something that many Cubans discuss openly. Engineers of all specialisms driving taxis or managing small businesses, such as family-run hostels or restaurants, has also become common.

Many Cubans say that the lifting of the embargo could mean the end of the most conventional excuse used to explain problems that sometimes aren’t related exclusively to the blockade. President Raúl Castro himself has been talking publicly about this, and articles on the theme are frequently published on Granma, the official PCC newspaper, criticising the low levels of productivity, logistical problems and the excessive number of government staff.

In Cuba there’s also a strong generational divide. The generation that grew up in the post-Soviet era had no direct involvement with the Revolution, and didn’t benefit from its many advantages in the 1970s and 1980s, when Cuba enjoyed its highest levels of social welfare. Scepticism is higher among young people, who take high-quality universal health care for granted. There are also complaints about education. Even though it’s accessible, there are serious employment issues, which means that efforts put into education have a limited return, at least in terms money. Jobs that require fewer qualifications often yield better returns, both in tourism and the informal market, which is rapidly growing.

Then there’s the appeal of consumerism and its potential social impact. Despite the many technical issues, young people can access the internet for the latest consumer trends in music, clothes, haircuts, and more.

These kids don’t typically share the same willingness to sacrifice their liberty in pursuit of a single shared goal, a notion that flourished during the Revolution’s first years. In fact, the older generations – who were involved body and soul in the Revolution – constantly complain about the younger generations, whom they consider depoliticised, materialistic and hedonistic. Reverting this picture is an almost impossible task, as contemporary politics is dominated by values of liberation – from freedom of speech to the celebration of sexuality. Old Cubans gave up their freedom in pursuit of the utopian state; for the millennial generation this isn’t the case. It’s another challenge the restrictive state will have to face.

But whatever happens, we shouldn’t expect drastic changes, even if the lifting of the embargo is confirmed. At least we won’t have anything similar to what happened in Eastern Europe. The trend within the senior levels of the PCC and the government suggests a transition more similar to what happened in Vietnam and China, with whom the Cuban government has been seeking to establish different types of exchange. This means that the market economy will grow, but controlled as much as possible by the government. The maintenance of some of the main achievements of the Revolution – universal healthcare and education, minimum wage and social policies, among others – depends on the success of this transition. However, there are also challenges in other spheres beyond the economy, such as racial, gender and regional tensions, which cannot be addressed here.

There’s no such thing as a paradise country. But it’s possible, in fact necessary, to nurture utopias. For over a century, Cuba’s utopia has been its autonomy, its independence. Seen in that light, the end of the blockade is a kind of win, a victory for the underdog. It’s survived economic asphyxiation, the Bay of Pigs invasion, post-Soviet crises and beyond. But there are all kinds of challenges ahead. Most Cubans living in Cuba are proud of their history of resistance, and know they will have to continue to fight — for a better life, for a better democracy — but also against the neoliberal advances that foreshadowed a downfall which has never come to take place.

Arlei Sander Damo is Professor of Anthropology at Universidade Federal do Rio Grande do Sul, Brazil. He specializes in Economic and Political Anthropology and researches the development of new markets in Cuba, with emphasis on tourism and its impacts on the arts craft and visual arts markets.

Linkedin
RELATED ARTICLES
OTHER ARTICLES
The government’s brutal crackdown on NGOs has left victims of rape without anywhere to seek help. And now, as the country plays a key role is Russia’s war, things are only getting worse.
A new series of photos by Johny Pitts shines a light on communities and subcultures that have all too often been overlooked.
A series of photos by the late Jerry Dantzic taken in 1957 show a tender side to the iconic Jazz musician.
After rewriting the indie rulebook with her devastating songs about romantic longing, the singer-songwriter is now imagining a future in which the artist is no longer a product.
With the UK now set to run out of vaccines, people working in the sex industry – particularly outside of major cities – have been left especially vulnerable, reports Brit Dawson.
A sharp increase in officers armed with the electrical weapon is resulting in serious injuries and deaths.