Art & Culture / On the frontlines with photojournalist Lynsey Addario 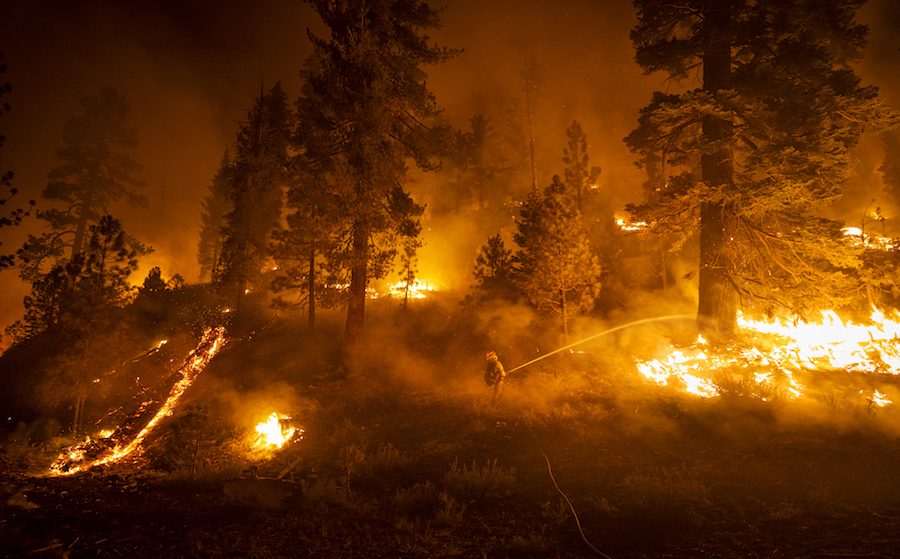 The photographer looks back on her career capturing conflicts and humanitarian crises that have shaped the world over the past two decades.

The photographer looks back on her career capturing conflicts and humanitarian crises that have shaped the world over the past two decades.

“Images can sometimes cause a more visceral reaction than words,” says Pulitzer Prize-winning photojournalist Lynsey Addario, who is currently covering the Russian invasion of the Ukraine. “A powerful photograph can bring the viewer into an intimate space in someone’s life within seconds. Images also transcend any language barrier and are a universal way of connecting people.”

Whether on the frontlines of war or standing shoulder to shoulder with women fighting forest fires in the American northwest, Addario has used photography to chronicle global triumph and tragedy since 1996. The new exhibition, The Master Series: Lynsey Addario, brings together over 125 printed works, never-before-seen ephemera, historical records, and audio-visual installations chronicling her singular career. 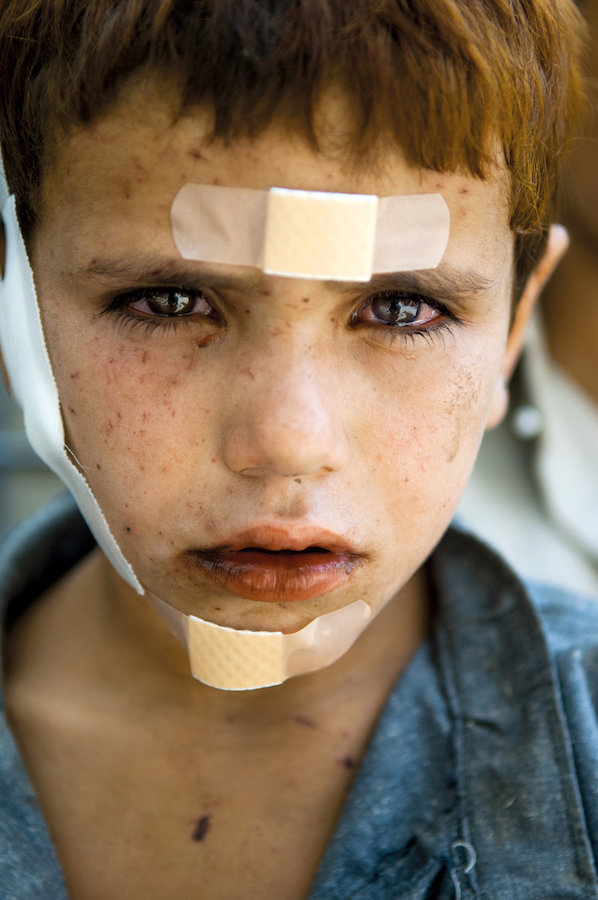 Khalid, seven, sits outside the medical tent of a US military base after being injured by shrapnel from a bomb dropped by the Americans, Afghanistan, October 2007. 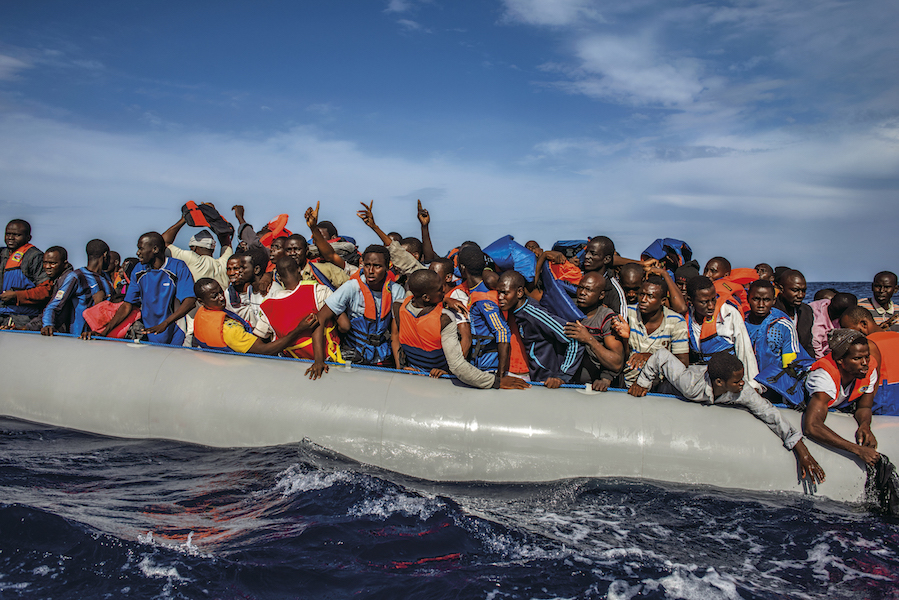 109 African refugees are rescued by the Italian navy from a rubber boat in the sea between Italy and Libya, October 2014.

Armed with only camera, Addario has documented some of the most dangerous conflict zones of the new millennium, including those in Afghanistan, Iraq, Libya, and Syria. “When I am working, I am so focused on telling the stories of the people around me – people who are living amidst war and hardship and who are often the innocent victims of decisions made by people in positions of power – that drive overrides the fear I feel in war zones,” she says.

“I am also constantly surrounded by people living in insecure circumstances with no option to leave, so part of my courage is derived from the people I am photographing. If they can withstand certain conditions, then I must be able to in order to tell their stories.” 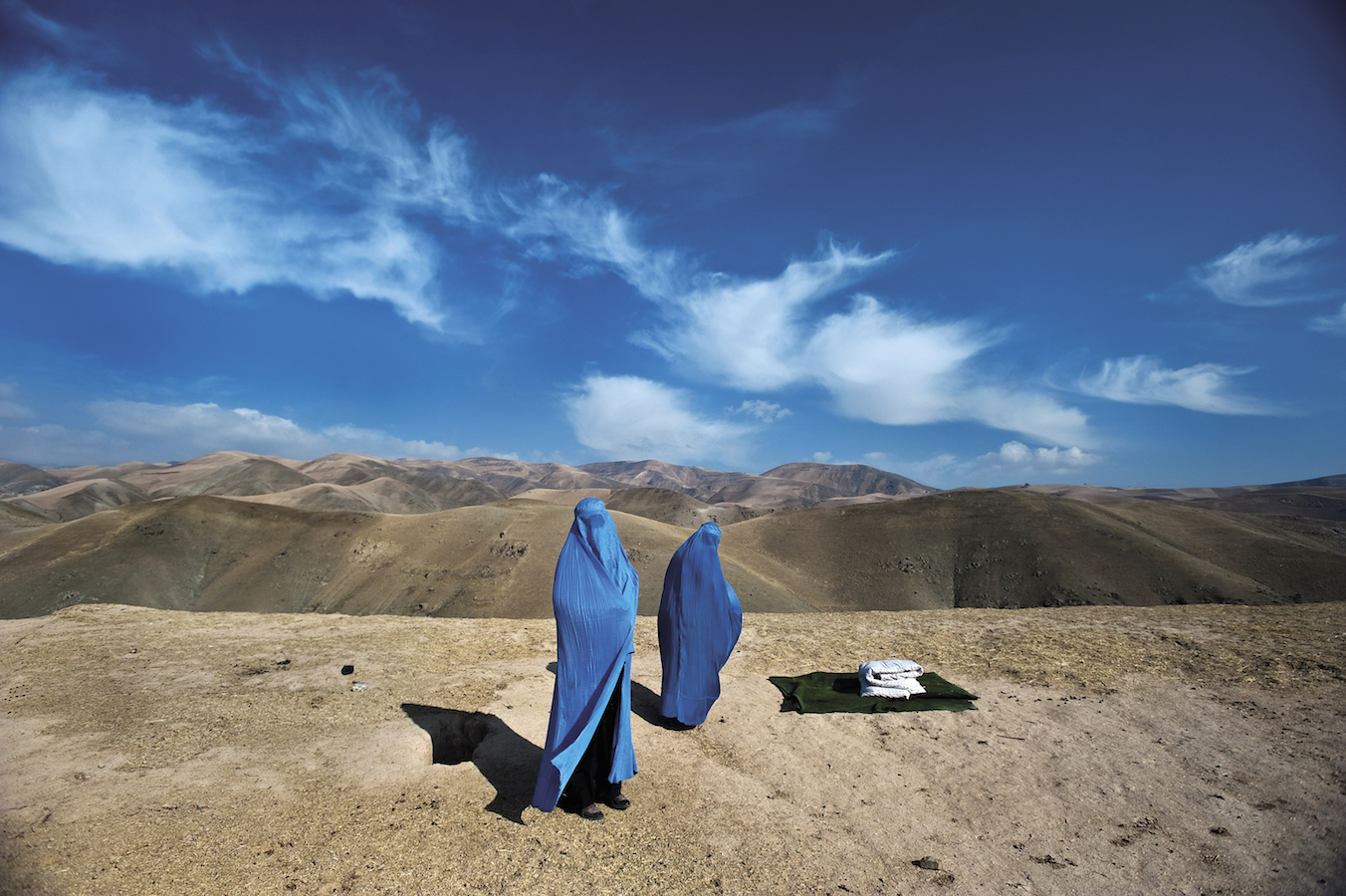 Noor Nisa, 18 (right), in labor and stranded with her mother in Badakhshan Province, Afghanistan, November 2009. 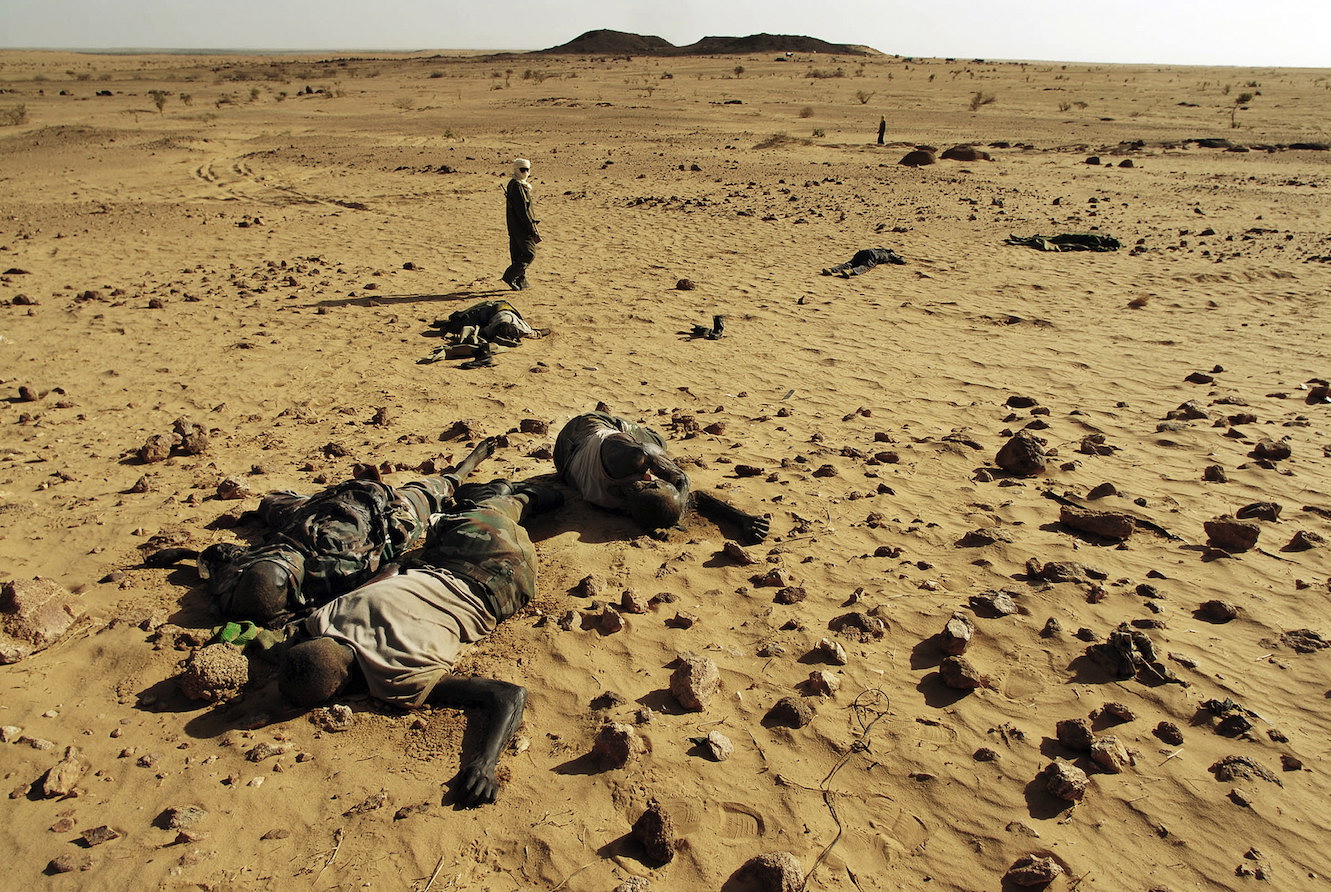 Sudanese rebels with the NRF walk past dead Sudanese government soldiers as they walk through a temporary military camp for the GOS near the Darfur Chad border, in Darfur, October 19, 2006.

From the outset of her career, Addario has focused on humanitarian and women’s issues, and aimed to dispel stereotypes and offer new points of view. The Master Series offers an expansive look at Addario’s prolific career (her work has been published in the likes of The New York Times, Time, Newsweek, and National Geographic), providing insight into the conflicts and humanitarian crises that have shaped the world over the past two decades. Addario regularly risks her life to make this work, her sense of purpose and determination fuelled by what she describes as a “belief that photographers bear witness to injustices and the photographs are records of proof of those injustices”.

Addario speaks about photographing the tragic and senseless death of Mamma Sessay, who haemorrhaged after giving birth to twins at a government hospital in Sierra Leone in 2010 because there was no doctor available to treat her. “At that point, more than 550,000 women were dying annually in childbirth, with 60 per cent of those deaths preventable,” Addario says. 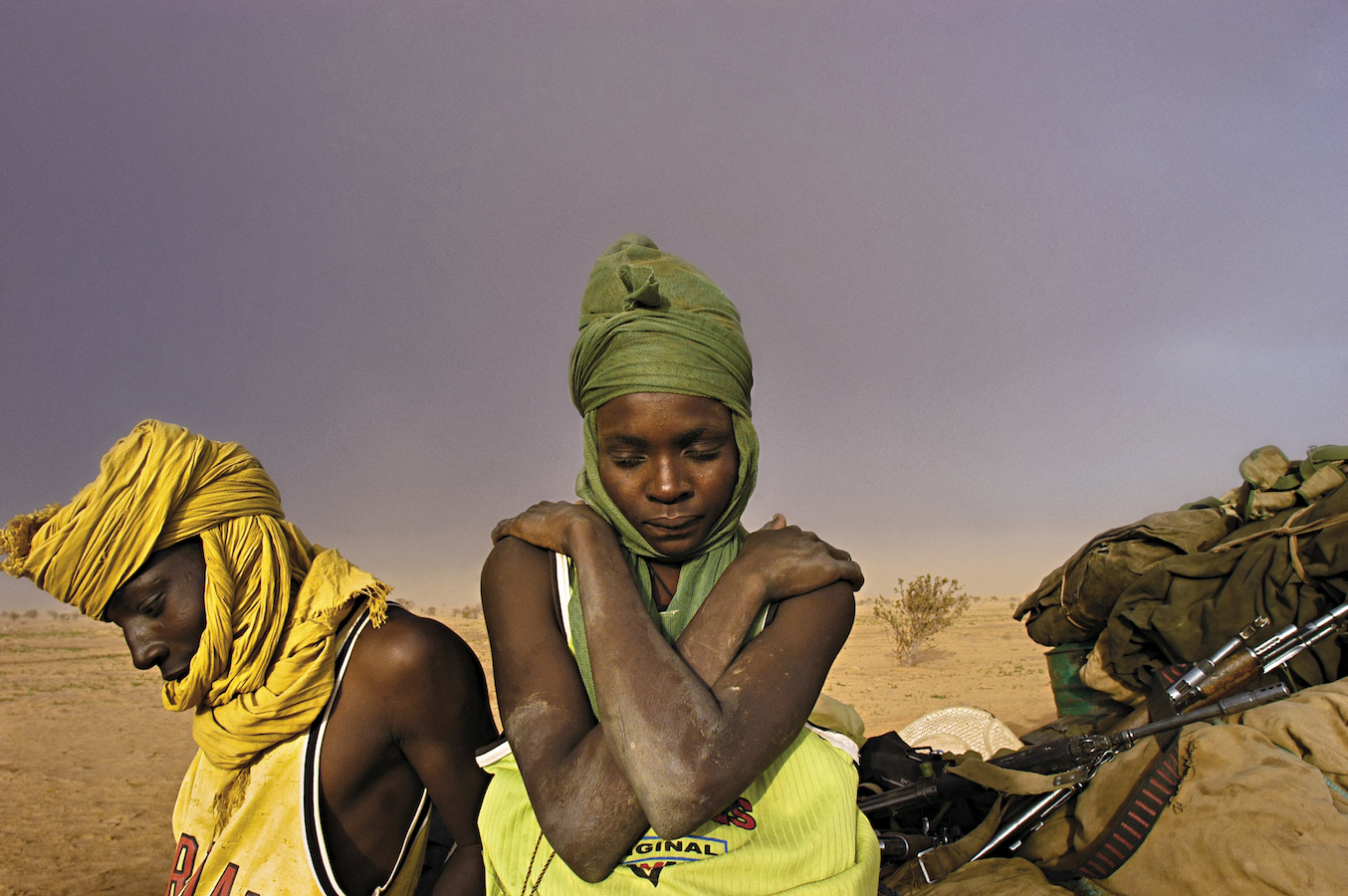 Shortly after her death, Time published Addario’s work, which one of the board members from Merck shared at a meeting. The photo essay helped solidify an existing recognition of the need to act. She explains, “The board members made a unanimous decision to start Merck for Mothers and put $500 million toward fighting maternal death worldwide.”

Addario understands the importance of family to sustain us through the challenges we face. “My husband and two children are an incredible source of love that enable me to keep going back out in the field when I sometimes feel defeated or heartbroken by all I witness,” she says. “And I can never overstate how much my parents and sisters provide me with a constant source of strength and inspiration that also keep me going.” 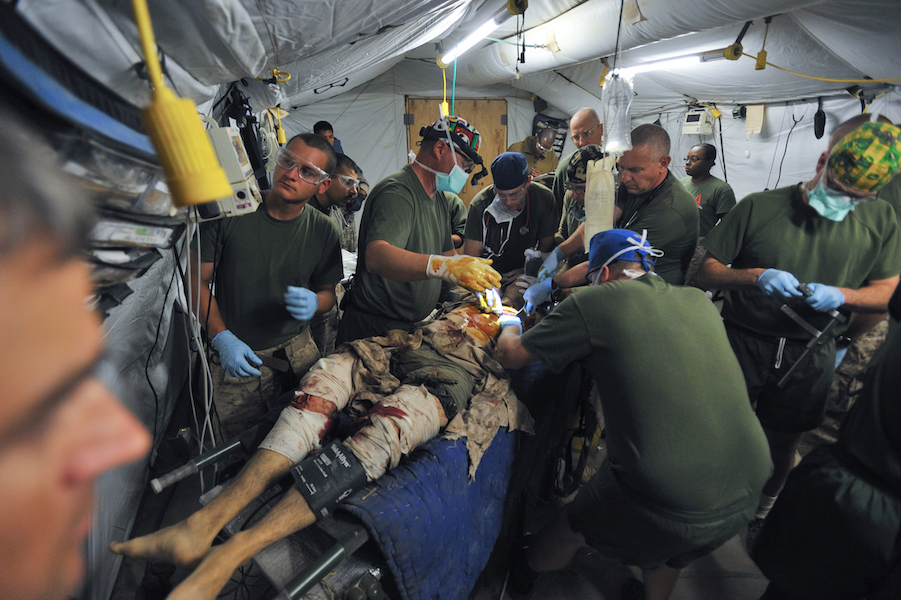 US Navy doctors in Southern Afghanistan try to save the life of Lance Cpl. Jonathan A Taylor, 22, of Jacksonville, Fla., 2009. 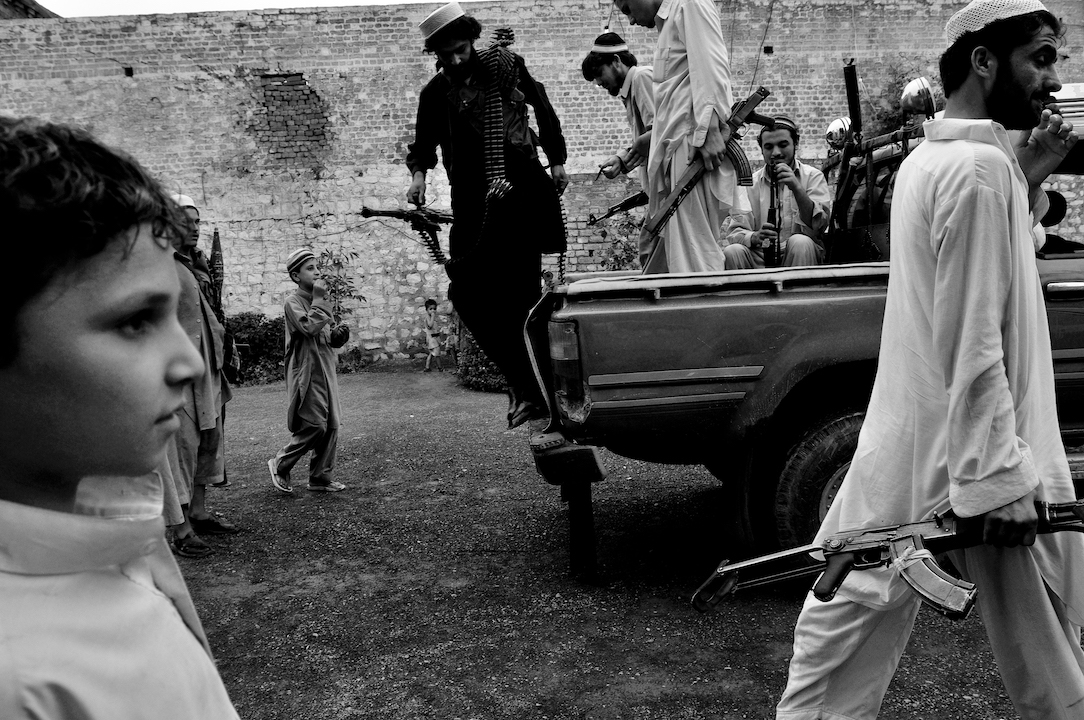 Pakistani Taliban fighters jump out of a truck in Bar Kambar Khei, July 2008. 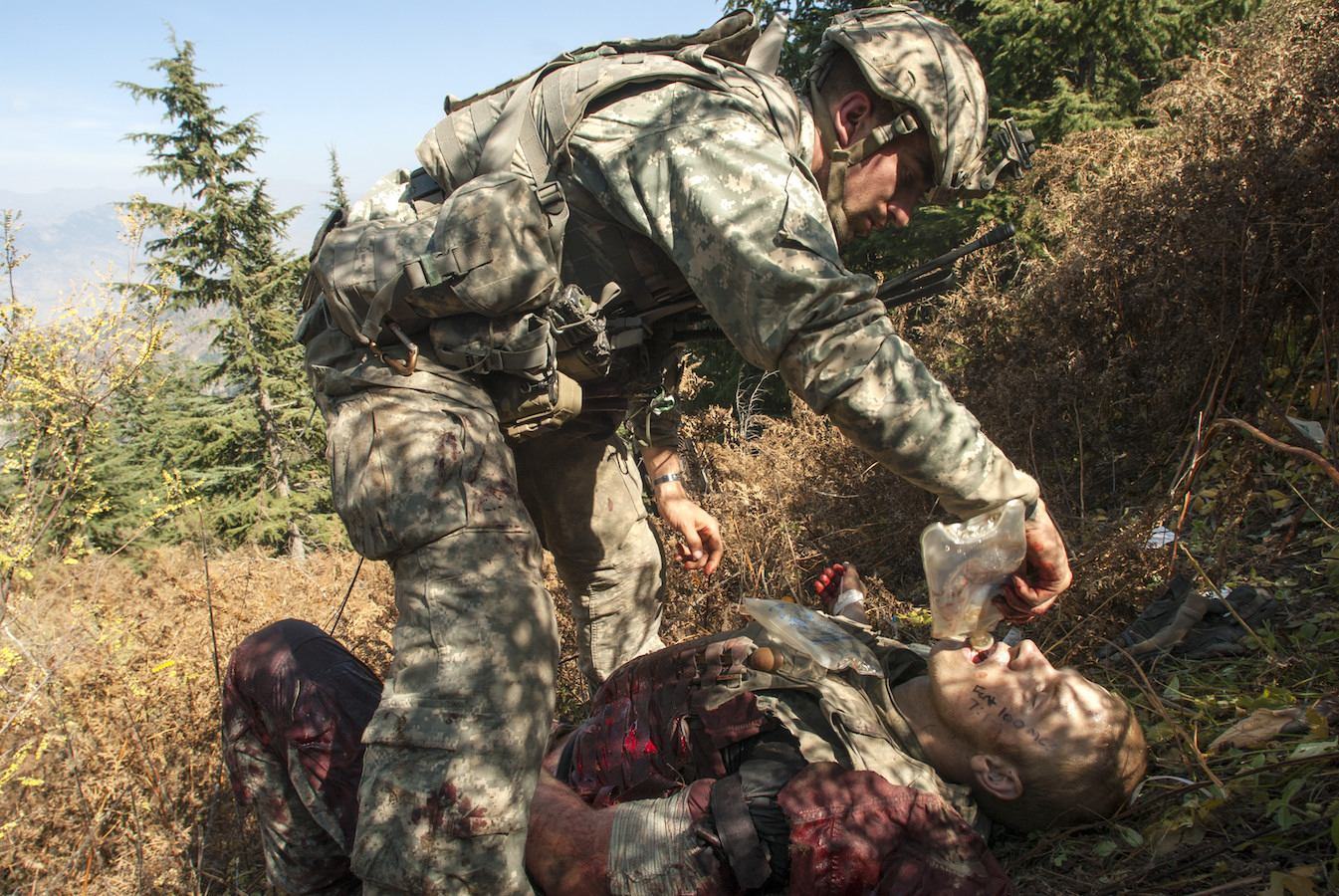 The Masters Series: Lynsey Addario is through 10 December 2022 at SVA Chelsea Gallery.

Linkedin
OTHER ARTICLES
Photographer Nico Froehlich’s series documents South London’s diverse communities, while also reflecting on their fragility amid rapid gentrification.
Photographer Jeffrey Silverthorne always treated his subjects – often those living on the margins of society – with empathy and respect.
A new exhibition is marking the photographer’s 100th birthday with a look back at his extraordinary career.
Alternating between colour and black-and-white, the photographer chronicled sexual liberation, economic crises and the repercussions of the war in Vietnam.
Meg Handler’s photos capture diverse groups of New Yorkers coming together for the collective cause of civil rights.
The demonstration took place this week over plans to slash £50m from arts bodies in London.