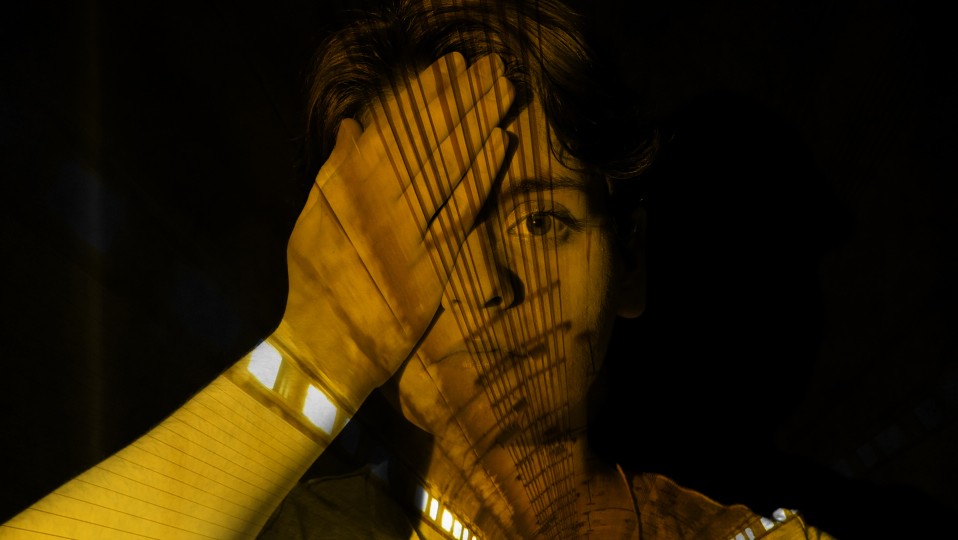 After being banned from entering the US, British-Iranian composer Soosan Lolavar is taking on immigration, borders and racism with her new show ID, Please.

After being banned from entering the US, British-Iranian composer Soosan Lolavar is taking on immigration, borders and racism with her new show ID, Please.

British-Iranian composer Soosan Lolavar was preparing to return to Pittsburgh where she had been studying at the prestigious Carnegie Mellon University, when President Trump’s travel ban first kicked in. “I was shocked, scared, worried for my friends and family, and deeply concerned about what might come after a policy like this,” she remembers.

Fortunately, her dual citizenship eventually allowed her passage to America – but what made Soosan’s story unique among the thousands of people affected by the ban was that she happened to be writing an opera on immigration and border control. The performance, titled ID, Please, has now been granted international funding to be produced in London.

While the travel ban threw the work into sharp political relief, Soosan’s impetus to respond to the political climate had been growing for a long time. “ID, Please seemed vital from the very beginning because of a whole host of pretty disturbing political events,” she explains. “Whether that was the Republican Presidential primary where every candidate advocated a Muslim ban of some kind; the poisonous, anti-immigrant rhetoric that characterised the Brexit referendum; Trump’s election; the actual real-life Muslim ban; or the refugee crisis and many more. “

Daniel Hirsch, the opera’s librettist, agrees. “We felt very compelled to respond to the conversation around immigration. And this was before any election or referendum.” He winces remembering 2016, when Trump supporters started shouting to “build the wall.” That feeling resurfaced when Soosan looked to be stranded in Iran. “I felt a psychic wall go up when Trump’s order was first announced,” he says. “I felt embarrassed and ashamed as an American.” 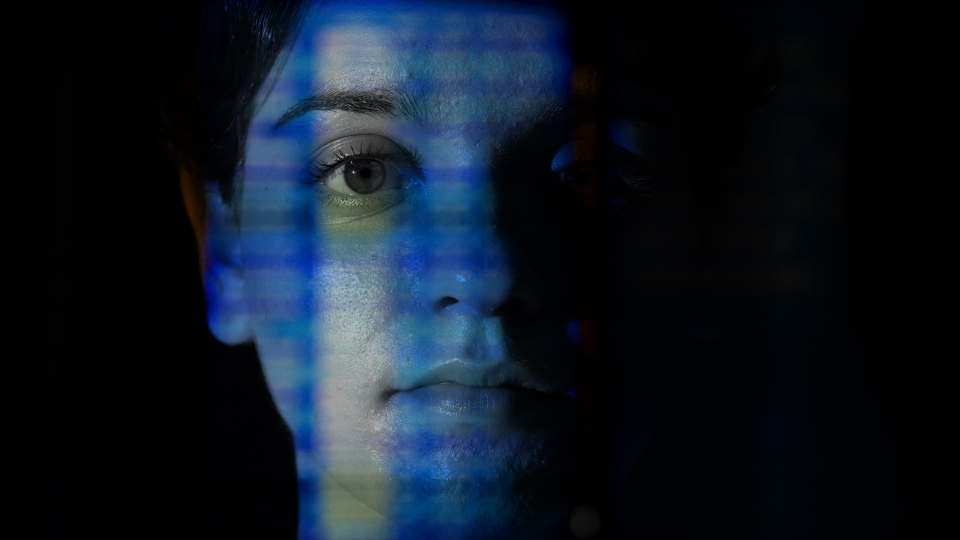 As if to underline the importance of international cultural exchange, the pair met as a result of the Fulbright program; Lolavar had studied at Carnegie Mellon as Fulbright Scholar in 2015-2016, when she met and began working with Hirsch, an MFA student in playwriting at the time. Having never worked on opera before, Soosan confirms that it was in coming together that they helped each other realise their potential to embark on such an ambitious project. “It was only when Dan and I met and started talking about an opera on immigration – a topic close to my heart – that I really got excited and thought that this could be something I could do.”

Daniel says they started the process by pulling together true accounts of immigration from their community. “People talked about nerve-wracking experiences at the Iranian border traveling with foreign credit cards,” he says. “I had friends from college who grew up in Chicano communities at the Texas-Mexico border that mentioned how frequent and uncomfortable a presence US border security was in their lives. My favourite line someone said was that when they go through immigration control they ‘feel so innocent they become guilty,’ which I think says a lot about how the scrutiny of our security state gets deep into people’s brains.”

Producer Kevin O’Hora stresses the universality of the themes in the work. “ID, Please takes place at the border of an unnamed country. Many of the lines reflect current issues related to immigration and border crossing, but in reality they’re issues that have existed throughout history and will continue to do so.”

Daniel echoes this sentiment: “We set the opera at the border of an unnamed country because we want people to see themselves in this work. I hope they leave thinking about how borders have shaped their lives or the lives of the people in their families, in their schools, or the clerk at their corner store.” 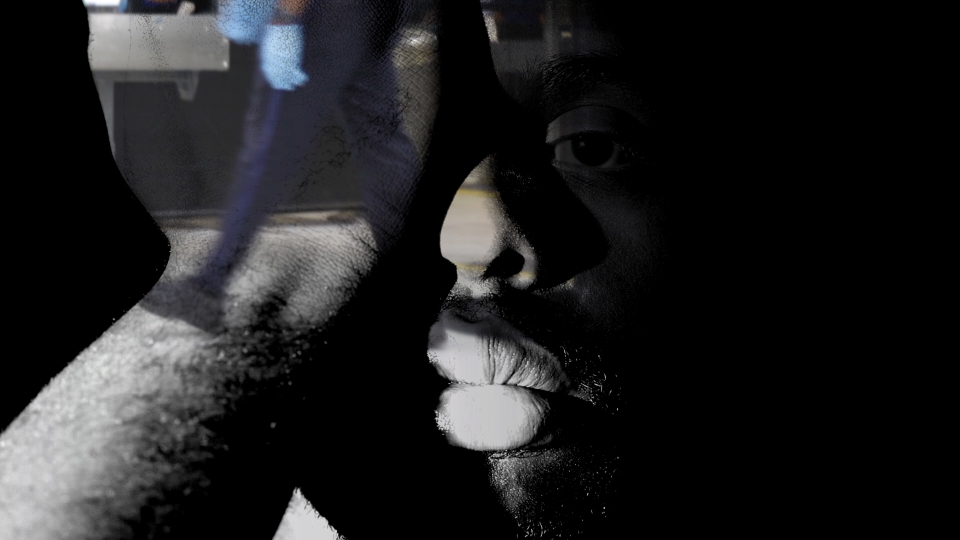 As such, accessibility was key; the work is in English, features modern dress, and is only 40 minutes long. Kevin stresses that it was “incredibly important” to reach international audiences during development. “I don’t see how we could truthfully portray such a complicated topic without feedback from audiences with drastically different experiences,” he says.

He also recognises the challenging perception of the medium. “Every opera company I can think of is trying a new tactic to engage a younger audience,” he acknowledges. “However, I don’t think anything can be as effective as giving young people the chance to engage opera themselves. Part of why this experience has been so meaningful is because our team is young across the board. I think it’s a big part of why the piece ended up becoming so political.”

With the backdrop of sustained Brexit confusion, Soosan felt the UK was a key place to stage ID, Please. “I volunteered for the Remain campaign in the month leading up to the referendum and was struck by how often ‘controlling our borders’ came up as an argument for leave voters, as well as how worried and angry many people were about the perceived threat from foreigners.”

ID, Please has been created entirely by a production team formed through international collaboration, in opposition to divisive rhetoric and xenophobia. “I will probably never be able to understand the point of view of people who see immigration as a threat,” Soosan states. “Immigration is my family.”

ID, Please will be performed at London’s Tete-a-Tete Festival on the 25th July.

Linkedin
RELATED ARTICLES
OTHER ARTICLES
Activists and campaigners are fighting back against new laws that would seriously undermine the ability to take industrial action, calling it an attack on fundamental workers' rights.
At his West Bank restaurant, Fadi Kattan established himself as the voice of modern Palestinian cuisine. Now, he’s bringing his innovative, bold flavours to the UK’s capital.
AI companies that develop image-generators using copyrighted artwork from the internet are coming under fire from artists who say that it amounts to theft.
A recent High Court ruling against the right to wild camp in Dartmoor National Park sparked the largest land protest in history – and campaigners say their fight is not over yet.
Following the release of his debut single, Deyaz talks battling addiction, dealing with his struggles through music, and building a budding music career from his living room.
As she gears up for the release of her first book, the 24-year-old climate activist talks standing up to authority and building a more inclusive movement.